Prince Charles spoke about ‘the appalling atrocity of slavery’ in Barbados 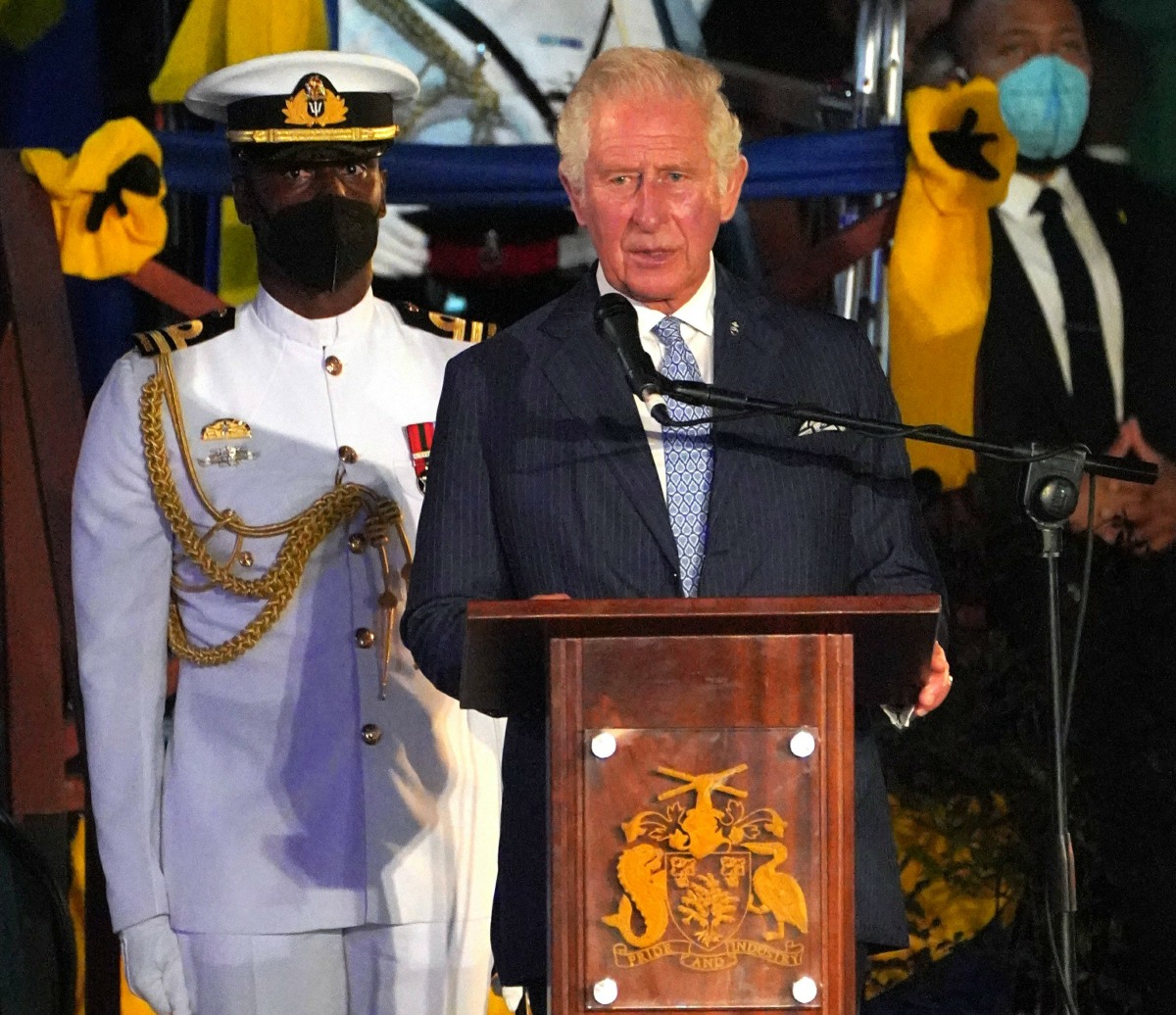 Prince Charles arrived in Barbados yesterday to attend the formal ceremony for removing Queen Elizabeth II as the country’s head of state. Barbados decided to remove QEII a year ago, and they elected a president (Sandra Mason) who will be their new head of state. There were some questioning why Charles was even there, and why he was even included in the ceremony and allowed to make a speech. I sort of get it though? It was a bloodless coup, and Barbados showed the world how a transfer of (symbolic) power can look in a civilized society. Charles’ attendance was important because it legitimized Barbados’ actions and their new president, and Charles wanted to show that the UK was still interested in maintaining historic ties between the two countries.

Charles’ speech was about their shared history, both good and bad, and he spoke about Britain’s role in the slave trade: “From the darkest days of our past, and the appalling atrocity of slavery, which forever stains our histories, the people of this island forged their path with extraordinary fortitude… Emancipation, self-government and independence were your way-points. Freedom, justice and self-determination have been your guides.” He thanked the government for inviting him to the ceremonial transfer of power, and he shared a message from the Queen.

Rihanna was also in attendance at the ceremony, given that she’s an official goodwill ambassador for the country and she is one of their greatest exports. As part of the ceremony, she was named a National Hero of Barbados, and she totally stole the show from Charles and everybody else. Not to disrespect Rihanna at all, but I kind of wish she had worn a bra?? 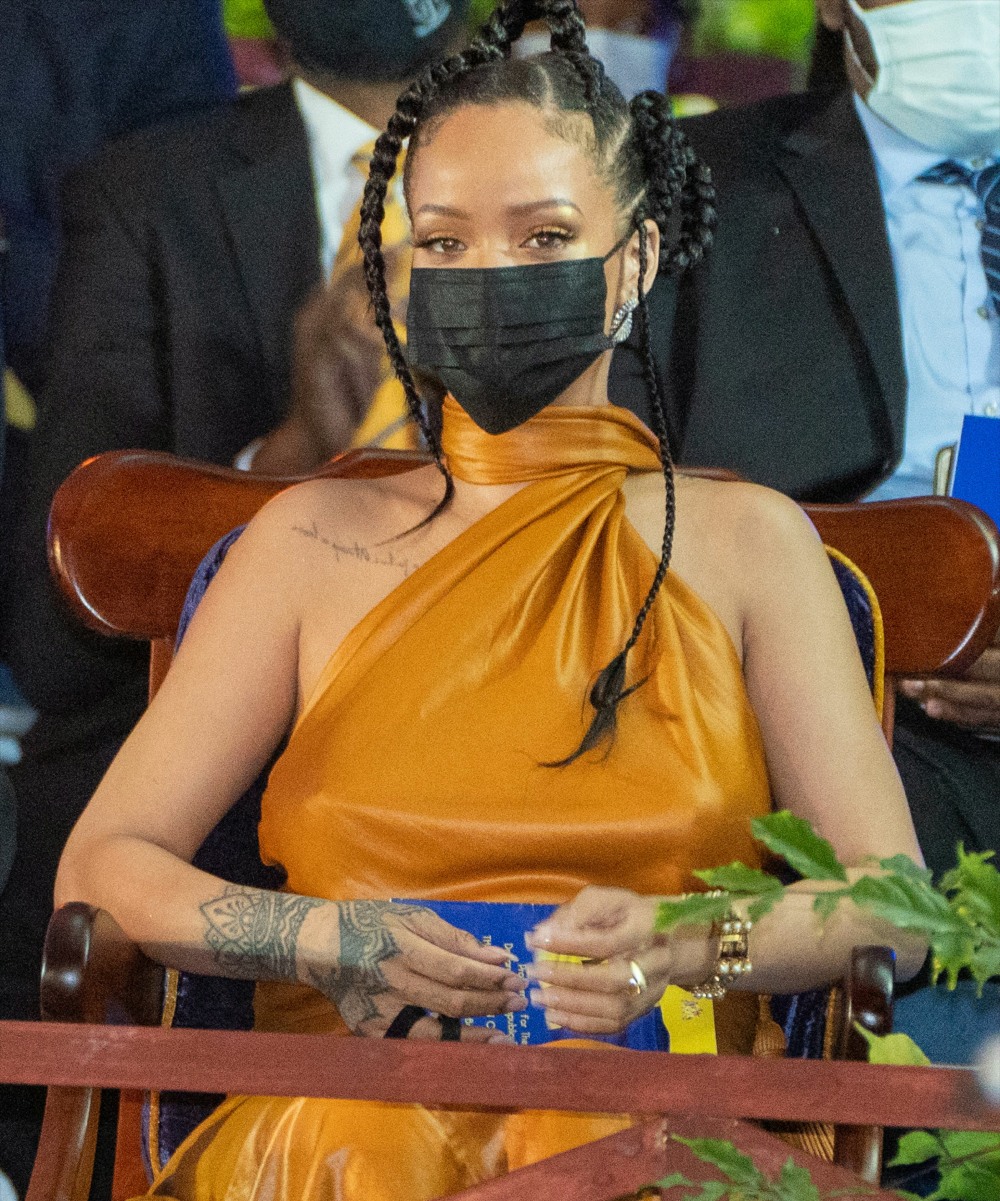 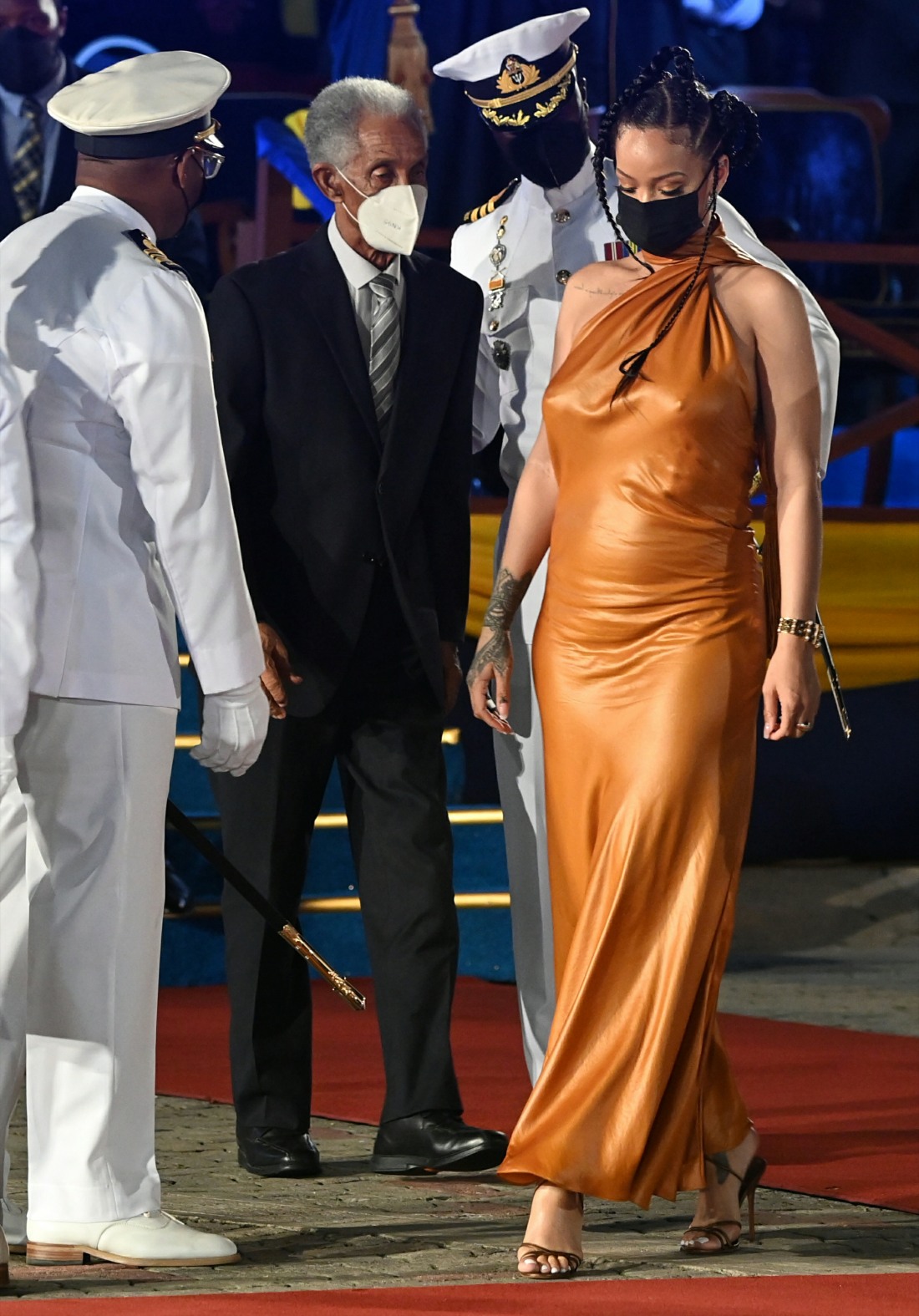 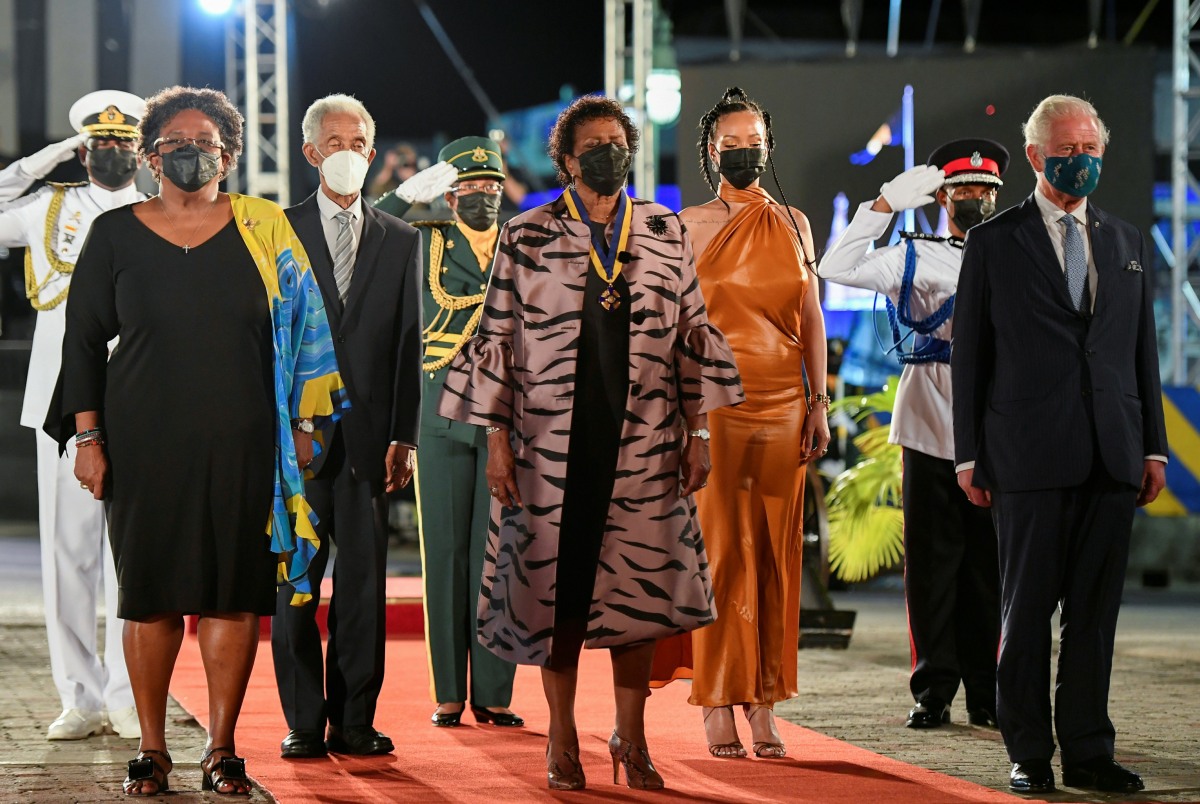