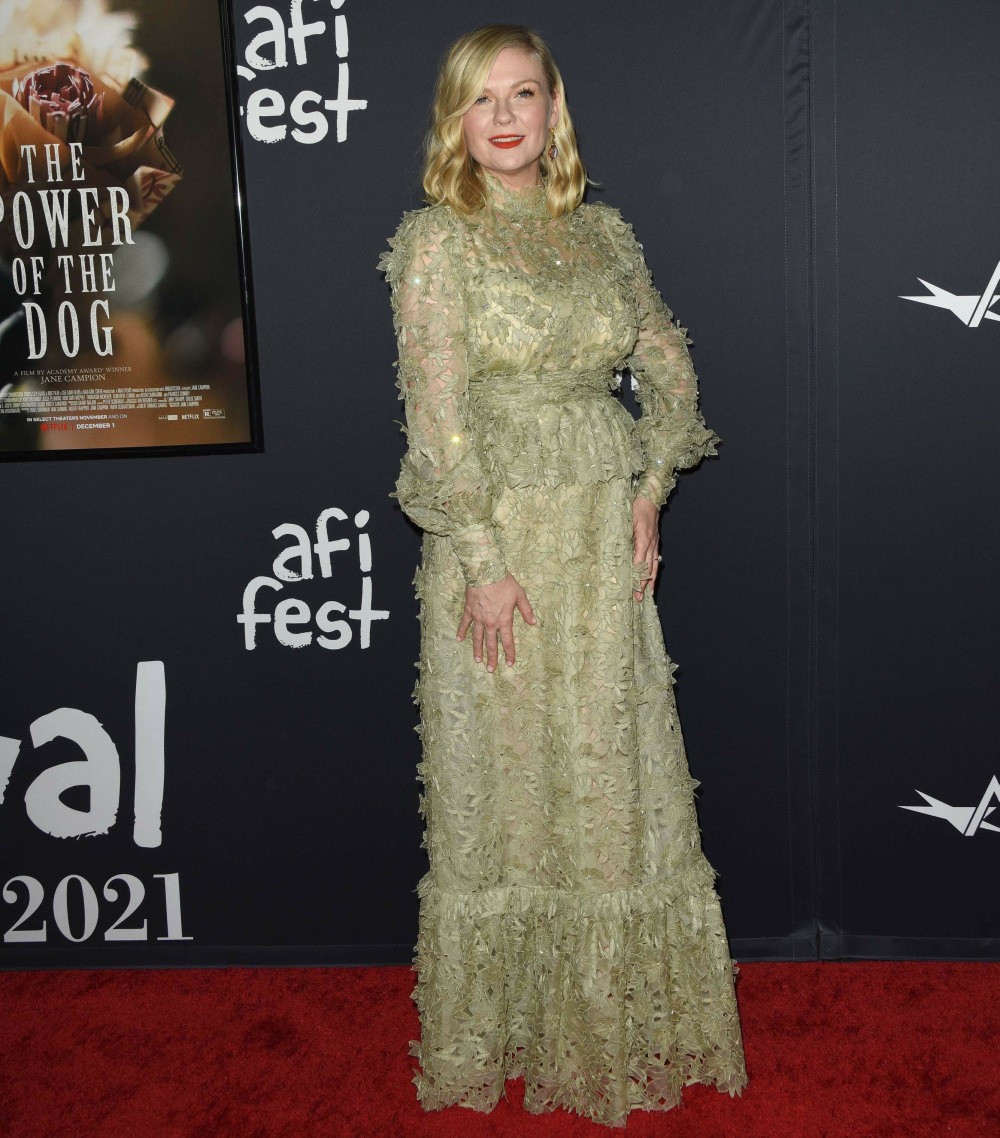 Kirsten Dunst has a supporting role in Jane Campion’s The Power of the Dog. She and her real-life husband Jesse Plemons star as a newlywed couple, and Plemons’ character is the younger brother of Benedict Cumberbatch’s character. The film is about toxic masculinity and repressed men and all kinds of sh-t. As Dog made its way through the film festivals, Benedict and Kirsten both got a lot of notice, and there’s talk of an Oscar campaign for her as well as the (ongoing) campaign for Bendy. Kirsten is in a really good place in her life right now – happily married to Plemons, mother of two, and in one of the most creative periods of her career. Dunst chatted with the LA Times about Dog and life, and here are some highlights from the piece. For what it’s worth, I know this isn’t the most soundbyte-y interview, but I enjoyed hearing from her:

On the possibility that she could get an Oscar nom for Dog: “I don’t really think about it too much because I just can’t. So it feels like, if I get nominated or something like that, incredible. But if not, I got to work with Jane Campion. That trumps any other thing to me.”

On Sofia Coppola: “At 16, that age where you don’t feel cool or pretty, Sofia gave me confidence. She made me feel good about myself for entering this, like, more male gaze in Hollywood. So I always felt like I didn’t have to do anything to try and be like a Hollywood blond, like fix my teeth perfectly or anything like that. I didn’t feel that pressure because Sofia thought I was beautiful, and I thought she was the coolest, you know?”

On her Dog character, Rose: “I think Rose is a very old part of myself that I had to rehash of just feeling really bad about myself, or allowing myself to feel bad about myself because of other people’s comments or control. In your early 20s, it’s very easy to get swayed into different things or thinking about yourself in a certain way, especially when you’re putting yourself out there as an actress and you’re in a public light. So there are definitely things I can relate to in terms of feeling really badly about yourself.

How it felt playing a woman who was terrorized by her BIL: “I wasn’t as confident. I’m happy that Jesse was there with me because I had someone to give me a hug or have lunch with. I remember this one scene I did, and Noriko [Watanabe], who did my makeup and my wig in the movie, I’ve worked with on a couple films, and I just remember crying in her arms one day after some takes. Because it doesn’t stop just because somebody yells cut. It’s not like, “Oh, my tears just dry right up, and OK, out to lunch.” I just felt with Rose it was a very painful experience to play her. Not a role I’d migrate to if it wasn’t in the hands of Jane Campion.

On Jesse Plemons: “We fell in love creatively first. He was like a creative soul mate to me and the way we both work. On “Fargo,” I knew after two weeks. I didn’t remember saying this, but one of my best friends told me that I said to her that “I will know this man for the rest of my life. I just know it.” Just because I felt such an immediate connection. Working together on this, it’s just easy. We love working together. So, it’s really, really easy to work with each other. We’re very honest. We’re very down to try anything. No one judges anybody. There’s no ego. It’s just, how do we make this the most alive together and the most real?

Talking about her depression circa 2010-11: “It’s so personal. But I do feel like it’s so mishandled. I personally was so terrified of taking an antidepressant at that time. Like, terrified. And it really just helped me clear something so I could start to see things again. So I’m willing to talk at length with anyone who’s struggling…. It wasn’t really a “problem.” I wasn’t, like, using drugs or anything. It was just literally my brain got depressed. It was just like, the old way of being and working within the world didn’t work anymore. I just never really got angry. I was just never really angry about things. So that is the definition of depression pretty much. Anger turned inward.

Personally, I love Kirsten and Jesse together and they make so much sense. I can see it lasting for a long time, if not forever. Kirsten was clearly in the mindset of “I want to be married with children” and it was probably a right time/right place/right guy situation. What does surprise me about Kiki and Jesse is that she’s kept working – I thought she would take a big break from Hollywood as soon as she started having babies! That seemed to be her plan. So all of this has been kind of cool, to see her navigate everything now. As for what she said about what Sofia Coppola gave her and how Sofia made her feel cool… that’s pretty awesome. 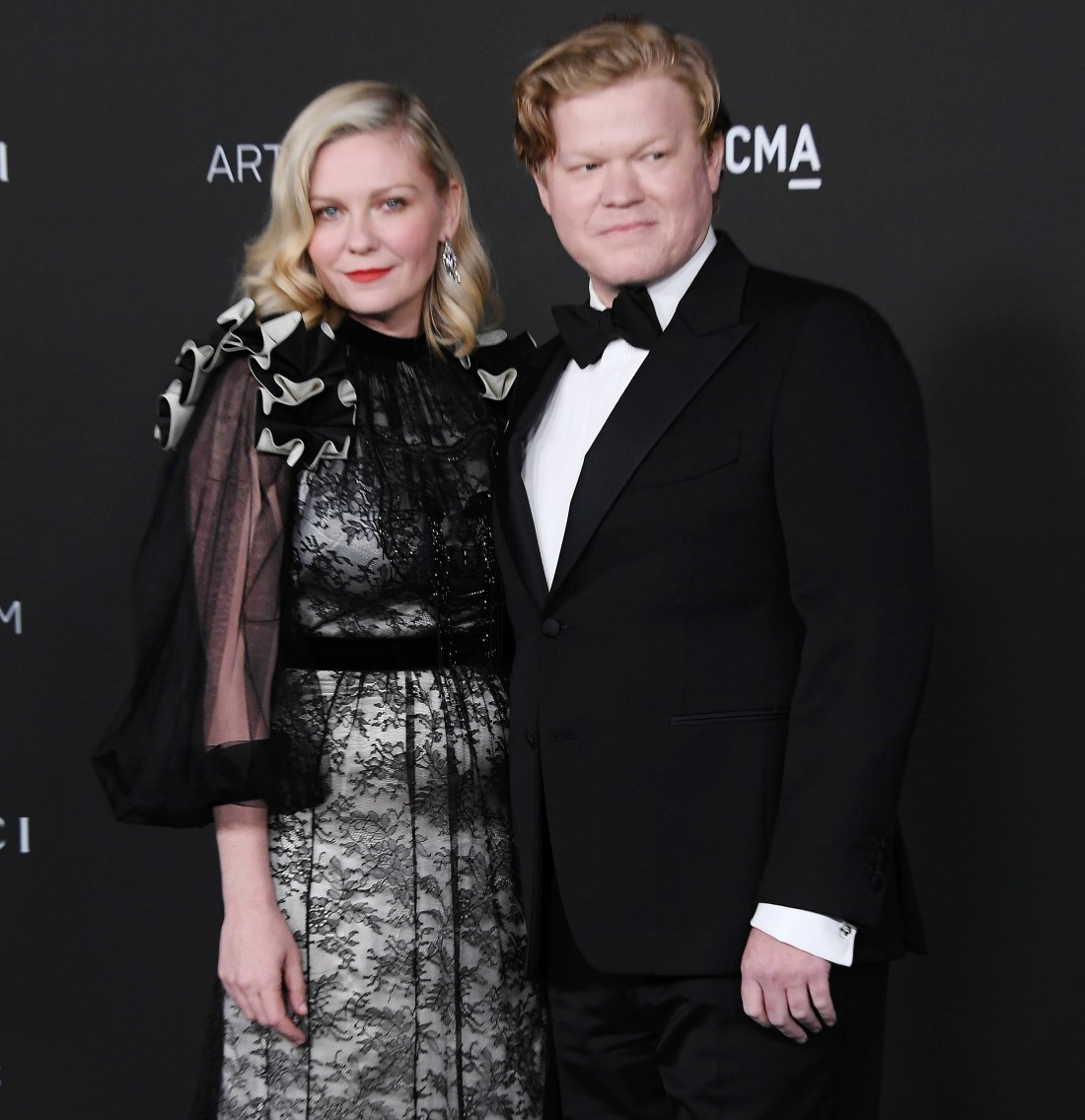