Dakota Johnson: After the pandemic, ‘people are not behaving normally’ 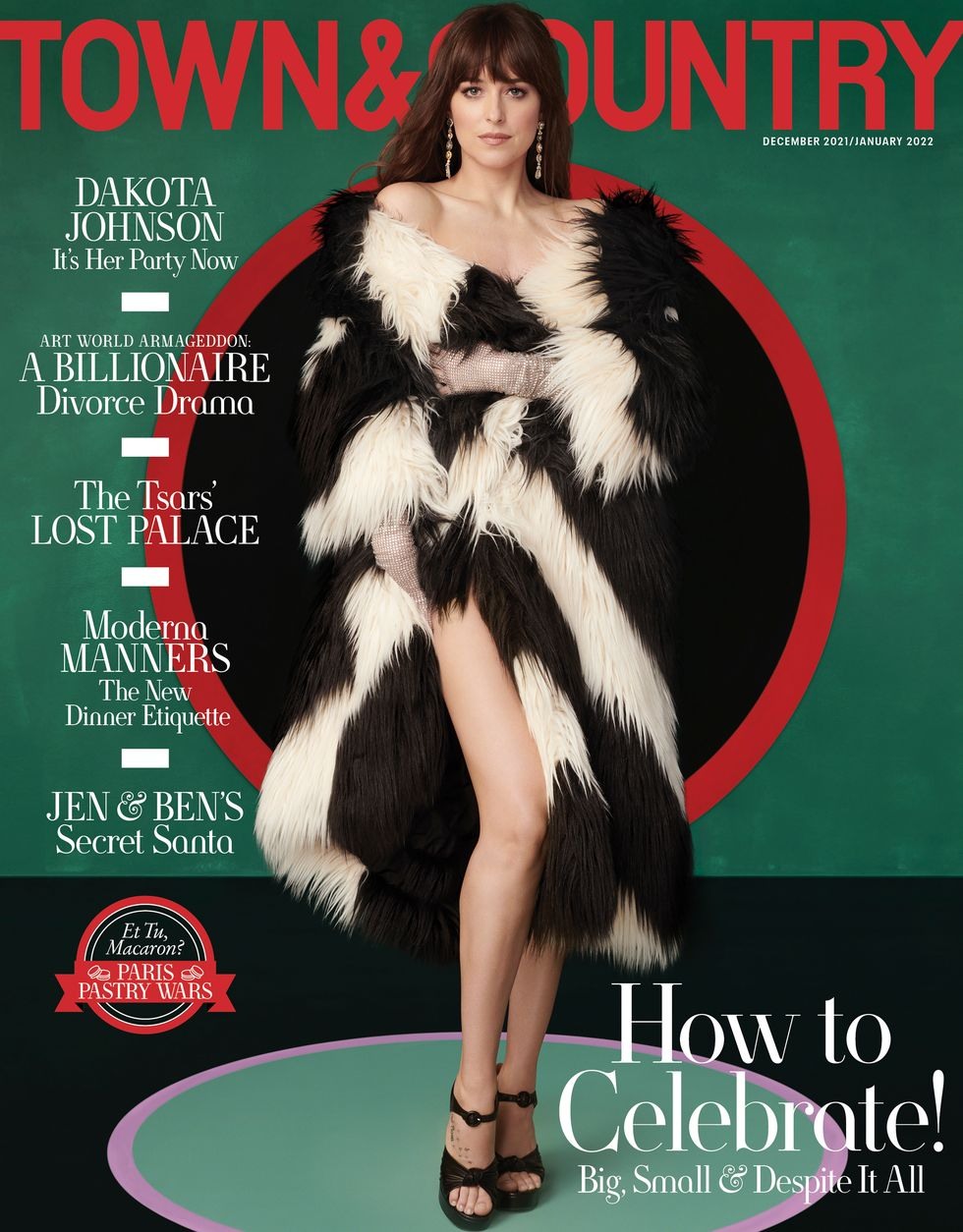 Dakota Johnson covers the latest issue of Town & Country to promote The Lost Daughter. She stars alongside Olivia Colman, and the film is Maggie Gyllenhaal’s directorial debut. The film got great reviews throughout the film festival season, and Maggie picked up several awards along the way. While the subject matter is dark/heavy, the vibe from the promotional tour is super-fun. Maggie, Dakota and Olivia f–king love each other. Olivia thinks Dakota is one of the coolest chicks in the world. And Dakota definitely seems to be lightening up in her 30s. I think she’s still a sensitive soul, but she’s in her Dance And Be Merry phase of life. Some highlights from T&C:

Cast dance parties & tattoos: “It was a lot of Talking Heads, the Cranberries,” says Johnson, who—sometime later, back at the hotel—used a stick-and-poke kit to give Olivia Colman her first tattoo. (“Maybe it was me being completely seduced by this gorgeous person and wanting her to think I was cool,” Colman says. “Or maybe it was my midlife crisis.”) Summing up this post-vaccine return to joy, Johnson says, “The thing is, people are not behaving normally. If you go to a party, you f–king rage.”

She spent her 16th birthday at the Sunset Tower Hotel: “It was me and a bunch of girls in the penthouse. I’m pretty sure I drank a bottle of Hypnotiq. No one should know what that is. It’s a liqueur. It’s bright blue.” Once properly drunk, she and her girlfriends ran across the street to the infamous Saddle Ranch, where tourists ride a mechanical bull. Did Johnson take a spin? “No,” she says, “I did not ride the bull… Not that night.”

How she handled the pandemic: “I was like, ‘Whoa, this is wild.’ All of a sudden people were in complete and utter fear.” Like everyone who was lucky enough to shelter in place, she made some strange decisions, including buying a house in Colorado—sight unseen—because she had spent time in the state as a kid.

On her character in The Lost Daughter: “Nina was this girl who is so much more than she appears to be and is so hungry to be seen. It was an honesty that I hadn’t seen in a film about women who are imperfect and cut open and not always pretty.”

The film asks questions about motherhood, sacrifice, self-worth, and regret. Did Dakota speak to her mother about it? “I actually spoke to her a few weeks ago. I was like, ‘Is there something that you dreamed of doing that you never did?’ And she said, ‘No. I wanted to be a mother, and I wanted to have a family.’ That was her thing.”

On playing Anne Elliot in Persuasion: “Part of it was being a woman who was in the wrong family in the wrong place and was never seen.She has the hugest heart but is just kind of stuck.”

I still, still, still say that Dakota is too hot to play Anne Elliot. Anne is supposed to be formerly cute, but kind of “the bloom is off” and a tad frumpy. Dakota is too pretty and too young-looking. People simply won’t buy that she feels like she lost her one chance at happiness, her one great love. As for the rest of it… the more I read about The Lost Daughter, the more intrigued I am. Dakota is building a really fascinating CV for herself, especially with the smaller films and smaller roles she’s taking. Also, I have not partied at all since the pandemic, but I did go to a buffet which probably counts.

55 Responses to “Dakota Johnson: After the pandemic, ‘people are not behaving normally’”