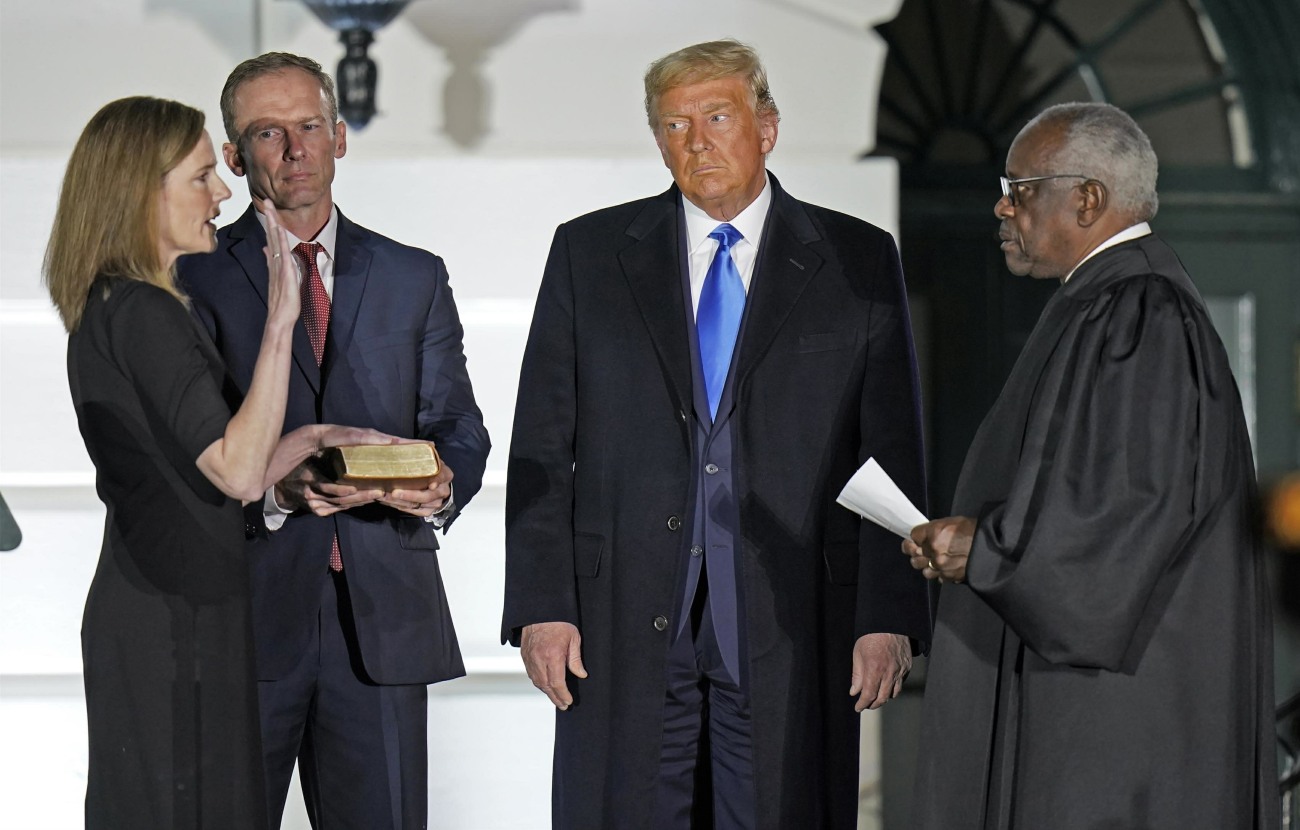 On Wednesday, the Supreme Court heard oral arguments for Dobbs v. Jackson Women’s Health Organization. The case is about whether states (in this case, Mississippi) have the right to impose draconian restrictions on abortion and abortion access. Mississippi currently bans abortions after 15 weeks of pregnancy, and the state tried to push a six-week ban on abortions, which has been put on hold by the lower courts. The crux of the case is absolutely about whether Roe v. Wade is upheld. And given the contentious and revealing SCOTUS oral arguments, it looks like this Supreme Court will overturn Roe.

The Supreme Court seemed poised on Wednesday to uphold a Mississippi law that bans abortions after 15 weeks of pregnancy, in what would be a momentous and polarizing decision to roll back the abortion rights the court has defined over the last half century.

During sometimes tense and heated questioning in almost two hours of oral arguments, the court’s six conservative justices signaled they are comfortable with the Mississippi law, even though upholding it would be flatly at odds with Roe v. Wade, the 1973 decision that established a constitutional right to abortion and prohibited states from banning the procedure before fetal viability, currently around 23 weeks.

Moving that line to 15 weeks would discard decades of precedent. Several of the conservative justices appeared ready to go further and overrule Roe entirely, letting states decide whether and when to ban abortions — an outcome that would transform regulation of abortion in 20 or more states that have been seeking to impose more restrictions and that would further inflame the long-running political and cultural divisions over the issue.

“You’re arguing that the Constitution is silent and, therefore, neutral on the question of abortion?” Justice Brett M. Kavanaugh asked a lawyer for Mississippi, with seeming approval. “In other words, that the Constitution is neither pro-life nor pro-choice on the question of abortion but leaves the issue for the people of the states or perhaps Congress to resolve in the democratic process?”

The court’s three liberal members said that overruling Roe soon after a change in the court’s membership would damage the court’s legitimacy. Indeed, Justice Sonia Sotomayor said, doing so would pose an existential threat to the court.

“Will this institution survive the stench that this creates in the public perception that the Constitution and its reading are just political acts?” she asked. “If people actually believe that it’s all political, how will we survive? How will the court survive?”

As for what Justice Sotomayor said… bless her. I understand what she was doing by trying to talk political realities to the political hacks on the court, but none of those a–holes care. Chief Justice Roberts also has a long history of dismantling legal protections and leaving a mess for Congress to clean up. I could absolutely see Roberts doing the same thing here, arguing that it’s not up the Court to decide the specifics of abortion laws, it’s up to Congress and the states. Meanwhile, the newest member of the Court, Amy Coney Barrett, told American women that instead of abortions, they should just be forced to carry unwanted pregnancies to term and give the kids up for adoption. After all, forced pregnancies are basically the same as vaccine mandates!

Justice Barrett casually saying there's nothing wrong with forcing women to give birth and then just give up their kids. Easy!

Barrett suggesting abortion isn’t necessary because women can just gestate and birth a child and then give it up—a horrific trauma in itself, regardless of the physical demands and dangers of pregnancy and birth.

Here is Justice Barrett comparing the harm to bodily autonomy that comes with a state requirement to bring one's fetus to term to…having to get a vaccine pic.twitter.com/79BnFKlh4n 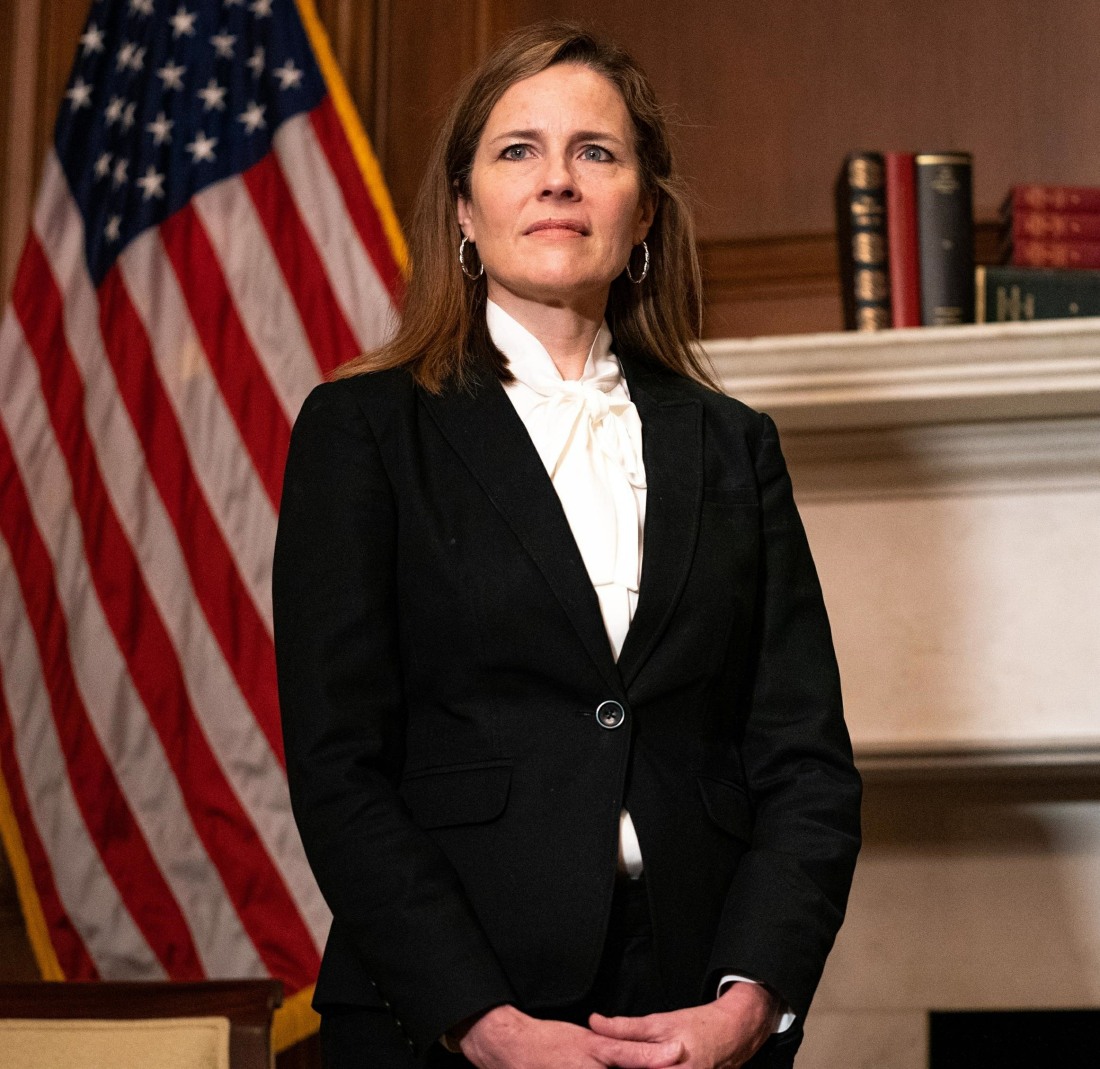 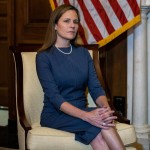 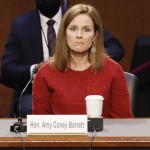