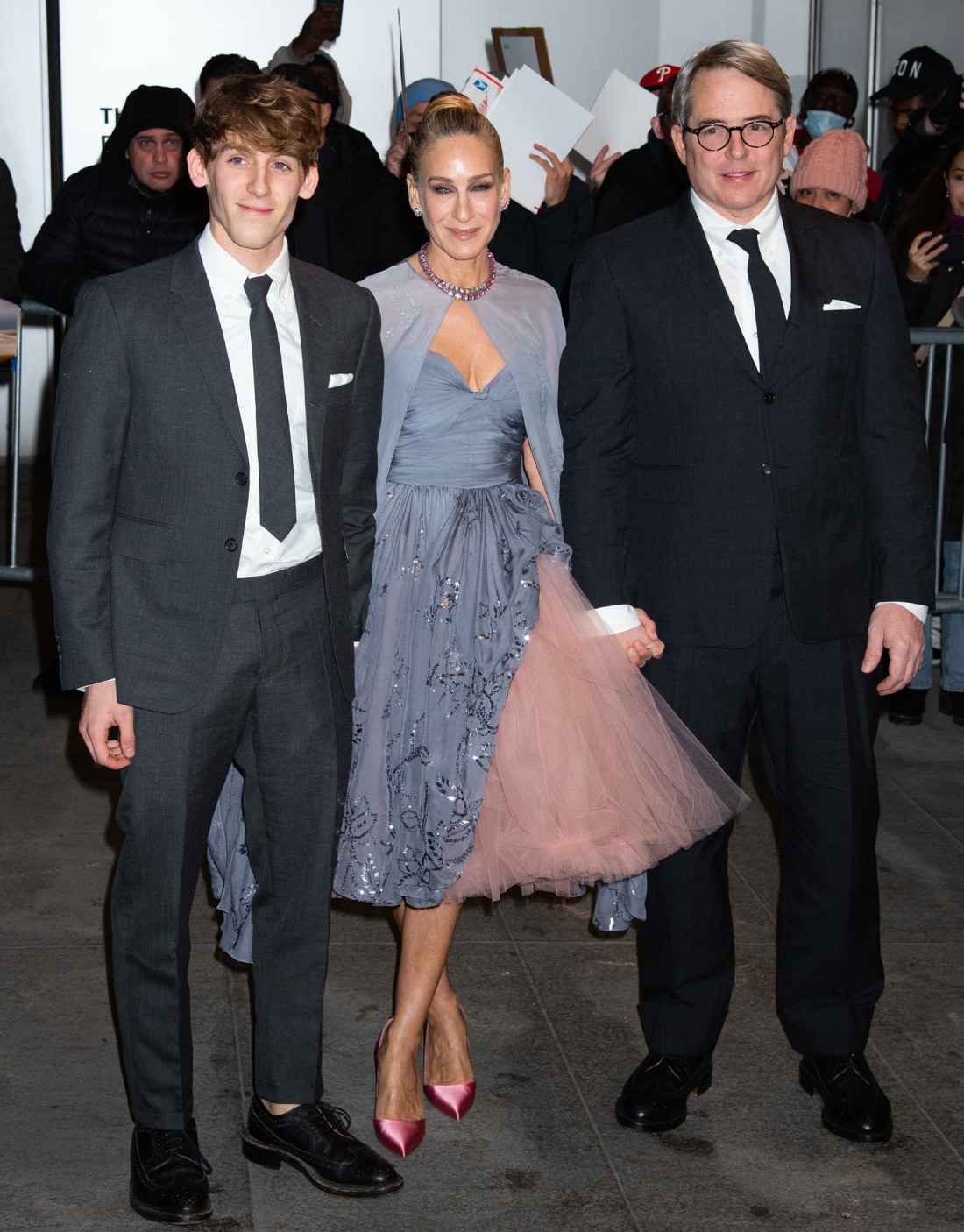 Here are some photos from last night’s New York premiere of And Just Like That. The episodes begin streaming today, and I’m sure some people have already watched some of it? All of the cast members were there, including Sarah Jessica Parker, Cynthia Nixon, Chris Noth, Kristin Davis and even David Eigenberg and Niall Cunningham (who plays Miranda’s son Brady).

One of the big headlines from the premiere is that SJP was joined by her husband Matthew Broderick and their oldest child, their son James Wilkie Broderick. James is 19 years old now! I haven’t seen photos of him in years and I forgot that he’s a real grown-up boy now. He’s a nice-looking kid, and an interesting blend of both parents. His coloring is more Broderick but his angular face is more Parker.

SJP’s dress is Oscar de la Renta. She’s a huge fan of tulle and ballerina-esque looks, so this is on-brand for her. Kristin’s dress is boring and Cynthia’s creamsicle look is on-trend but not great. Sigh… I’m not looking forward to any of this. 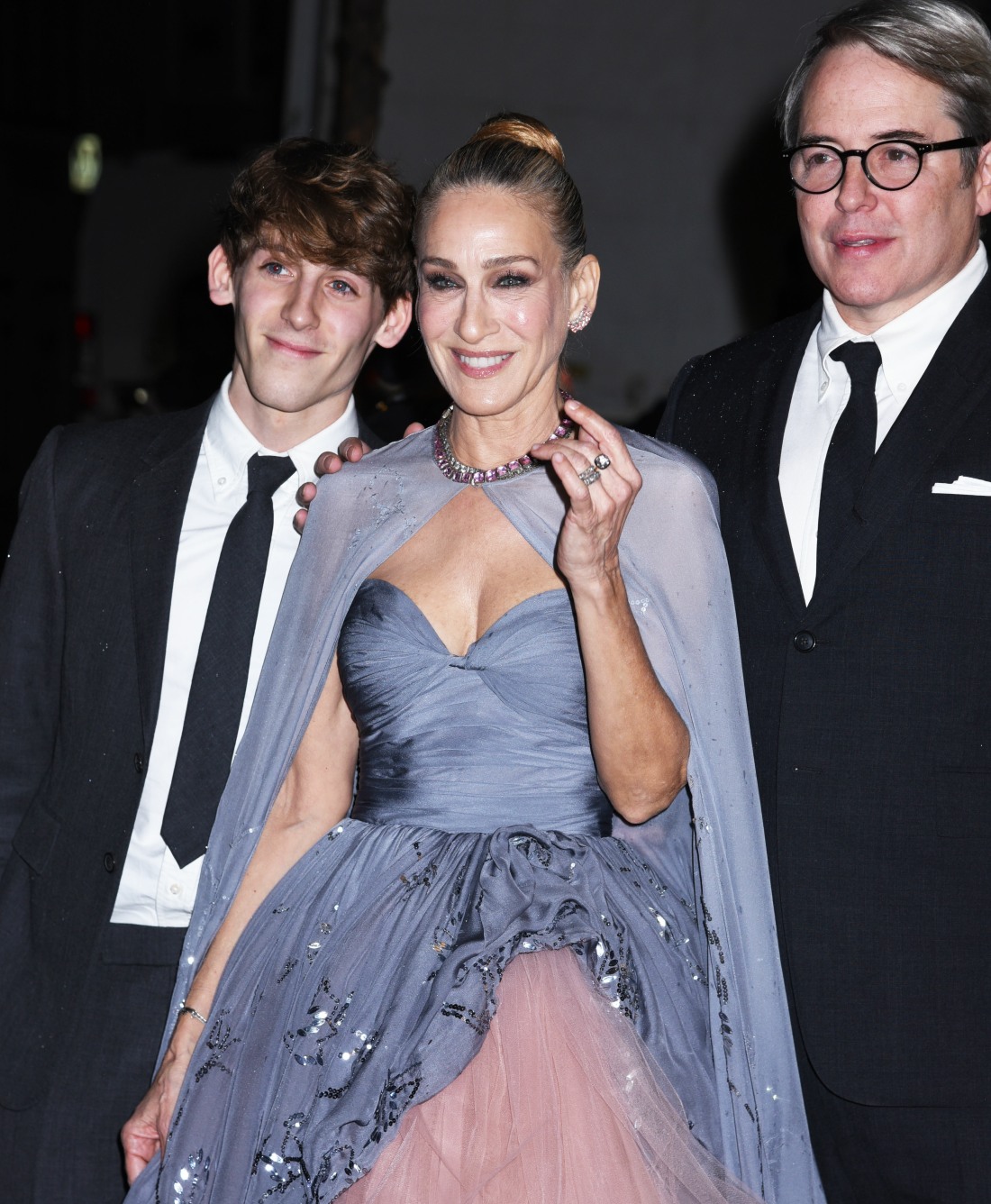 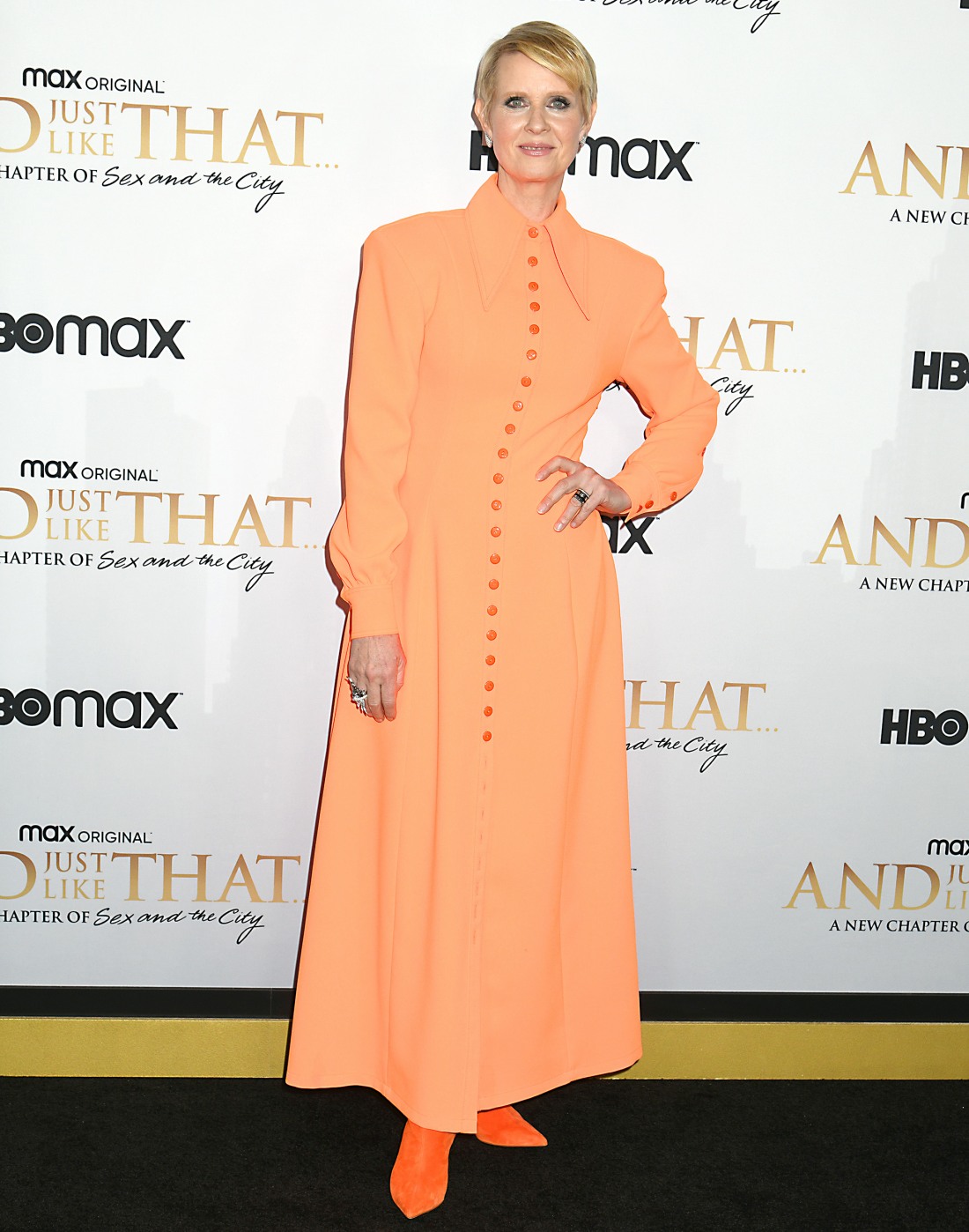 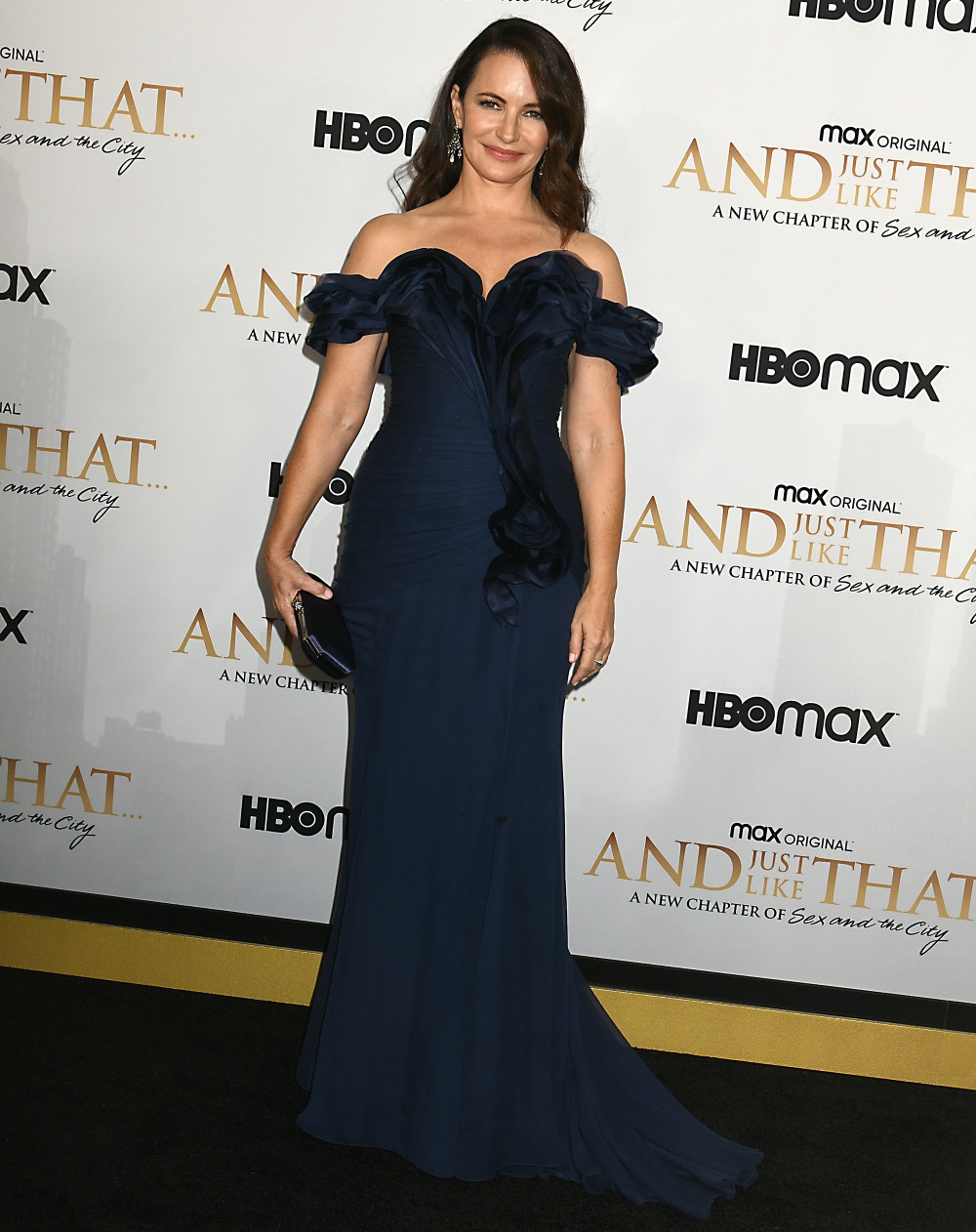 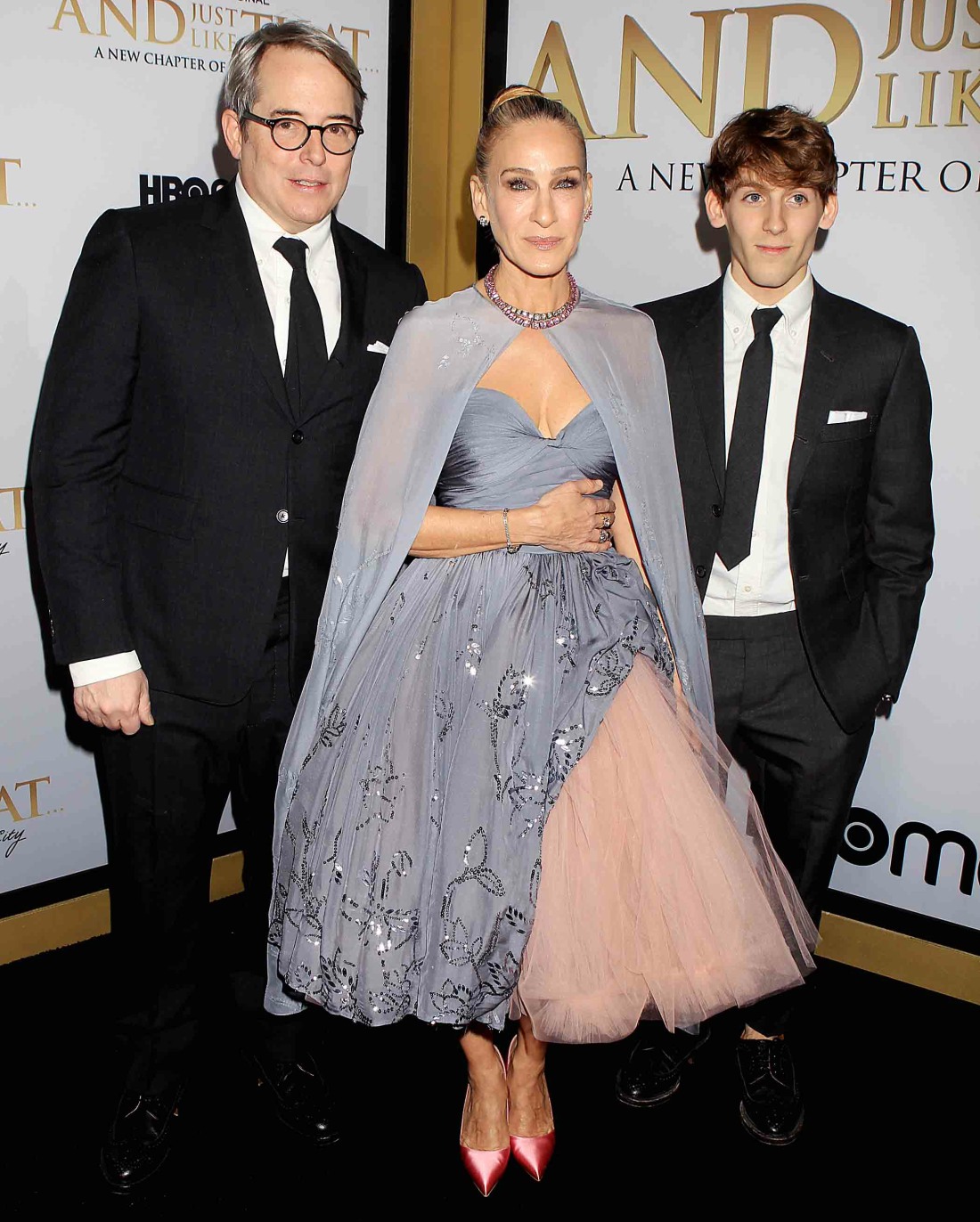 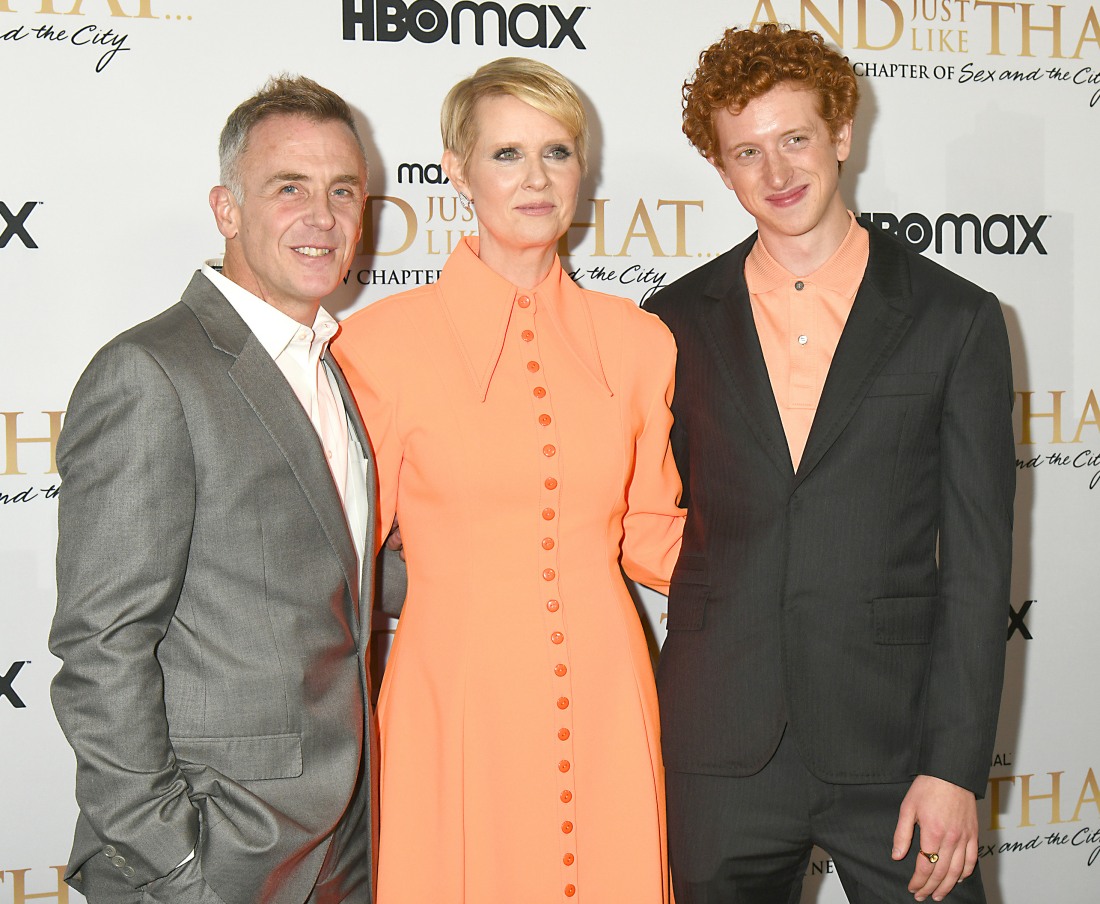