Tom Holland and Zendaya on their height difference: ‘it’s normal’ 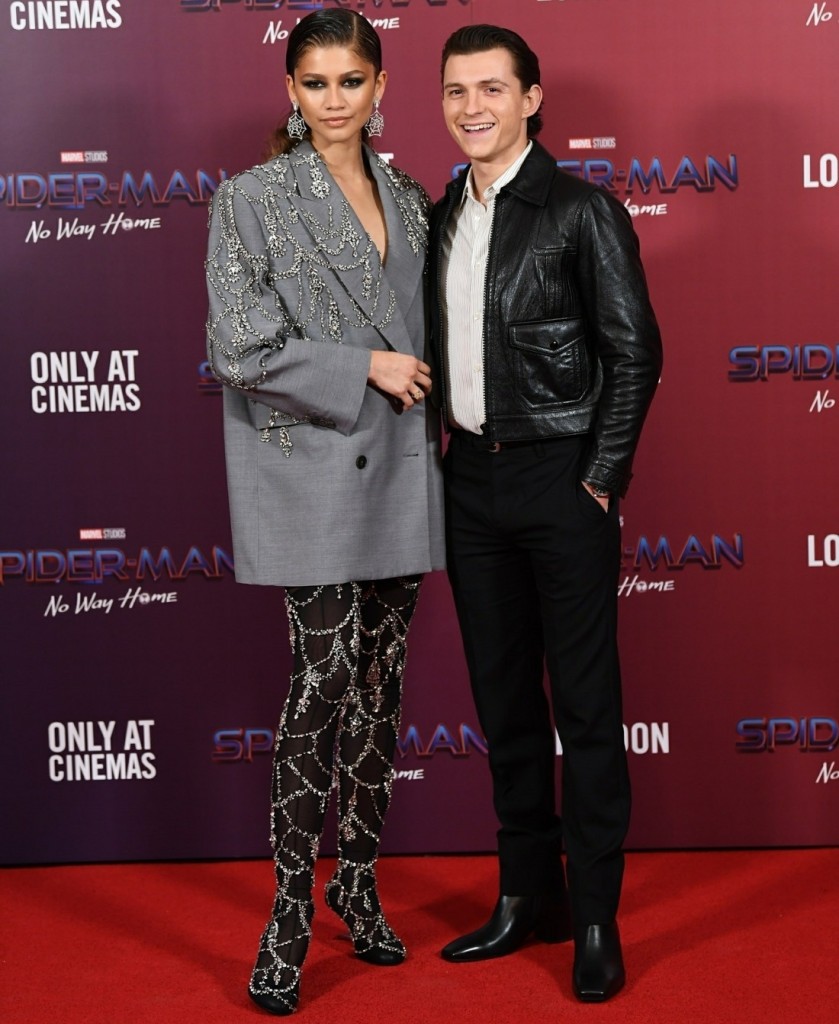 Tom Holland’s Spider-Man/Peter Parker was a pretty classic portrayal: awkward high school kid, smart but didn’t stand out. His slim frame and nerdy tendencies caught the eye of bullies. Zendaya’s MJ broke a few stereotypes, starting with her not being a redhead. But one of the biggest breaks was that Zendaya, and therefore MJ, was taller than Tom/Peter/Spidey. Normally, people like to tease Tom about his height. But when Jessica Shaw of Sirius XM’s Town Hall interviewed Tom, Zendaya and Jacob Batalon on her show, she acknowledged how important it was that they’d smashed the problematic perception that a woman being taller than her romantic male partner was somehow an issue.

Zendaya and Tom Holland couldn’t give less of a [enter expletive of your choosing here] about their height difference.

As host Jessica Shaw began asking the couple about their visible height difference during their onscreen kiss in Spider-Man: Far From Home, Tom chimed in, saying, “Not that much taller. Let’s put this out there. Maybe like an inch or two at best. It’s not like, people say like, ‘How did you guys kiss? It must have been so difficult.'”

After Jessica clarified that she viewed height constraints on women and men as “misogynistic” and “problematic,” Zendaya and Tom agreed — the latter calling it a “stupid assumption” that it would even be an issue. “This is normal too,” Zendaya added. “My mom is taller than my dad. My mom’s taller than everyone.”

“It’s not a weird thing for women to be tall,” Jacob added.

Zendaya added that MJ and Peter’s kiss is a “nice sweet moment between them” and shared how unnecessary it is to try to “cheat” the height difference onscreen. “Often, having to cheat it and pretend like…why not just let it be?”

“It just sucks that it has to be a conversation,” Jacob added. “Like it can’t just be normal.” Zendaya also said she “honestly never thought of it as a thing because my parents were always that way, so I didn’t know that people cared.”

In Tom’s GQ interview, he admitted that he used to be self-conscious about his height, especially in relation to other actors. He’d try tricks like shoes or standing in the foreground to appear taller in photos. But he let go of that because he accepted he had no control over his height so why be burdened by it? In the clip with Jessica, Tom immediately jumped on her height comments a little defensively before she could finish. Old habits die hard and all that. But all three appreciated the direction Jessica took the conversation. It was interesting to hear that Zendaya’s mom was taller than her dad, so she always thought that was the normal dynamic. Tom said that all the women that director Jon Watts auditioned for MJ were taller than Tom. He wasn’t sure if that was a conscious choice on Watts’s part or not. It’s possible Watts grew up with the same dynamic as Zendaya.

I’m the shortest person in my family and have always been self-conscious about it. I’m not sure it was possible to find a guy shorter than me, but I still agree with Tom, Zendaya and Jacob, we need to end the idea that men have to be taller than women or it’s weird. I’m not saying this on behalf of men, but on behalf of all the truly amazing tall women out there who deserve their pick of whatever partner they want. And let women kiss whomever they want on screen too. Unlike Hollywood, which would rather dig a hole for an actress to stand in than admit the costar she’s kissing is 5’6”.

Besides, if we insisted on height requirements, we wouldn’t have these two, acting adorable like this: 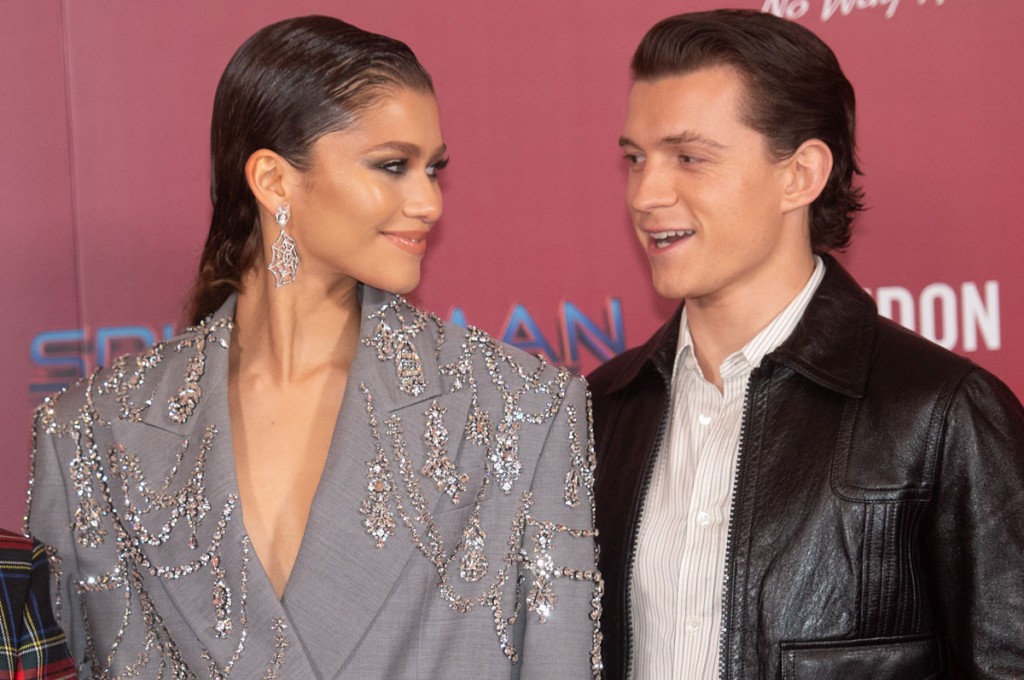 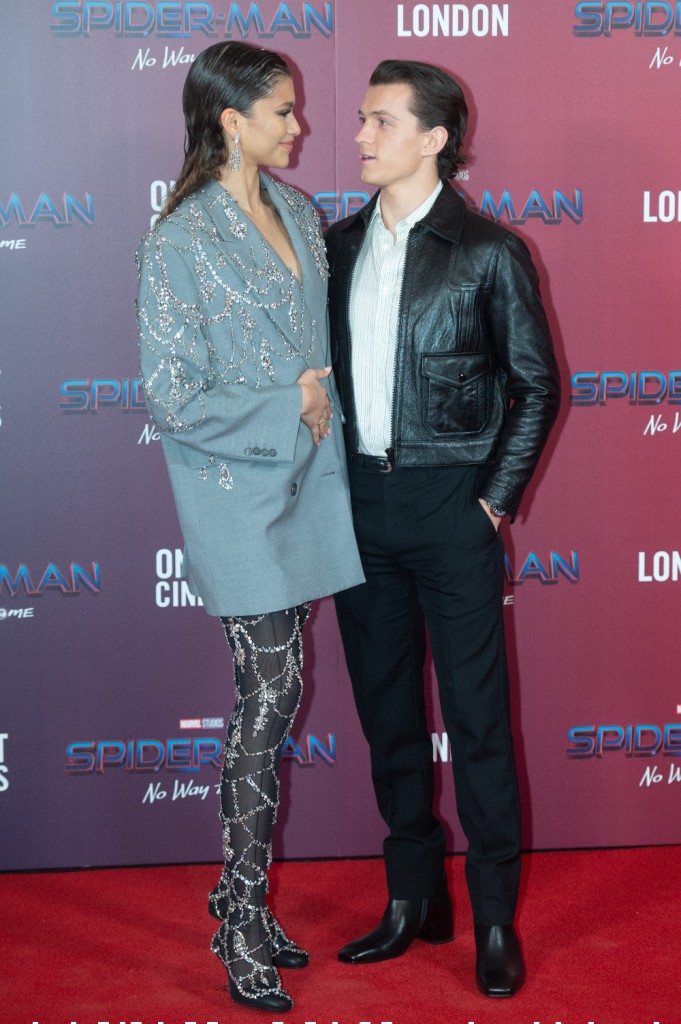 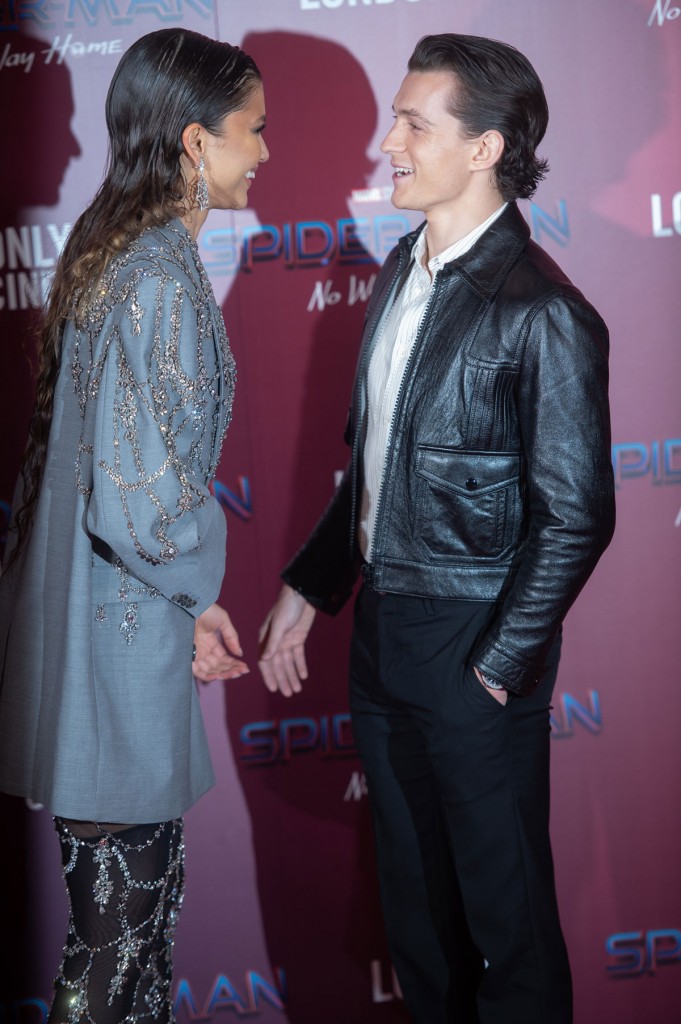 38 Responses to “Tom Holland and Zendaya on their height difference: ‘it’s normal’”