Kim Kardashian: ‘Obviously, I would never do anything to appropriate any culture’ 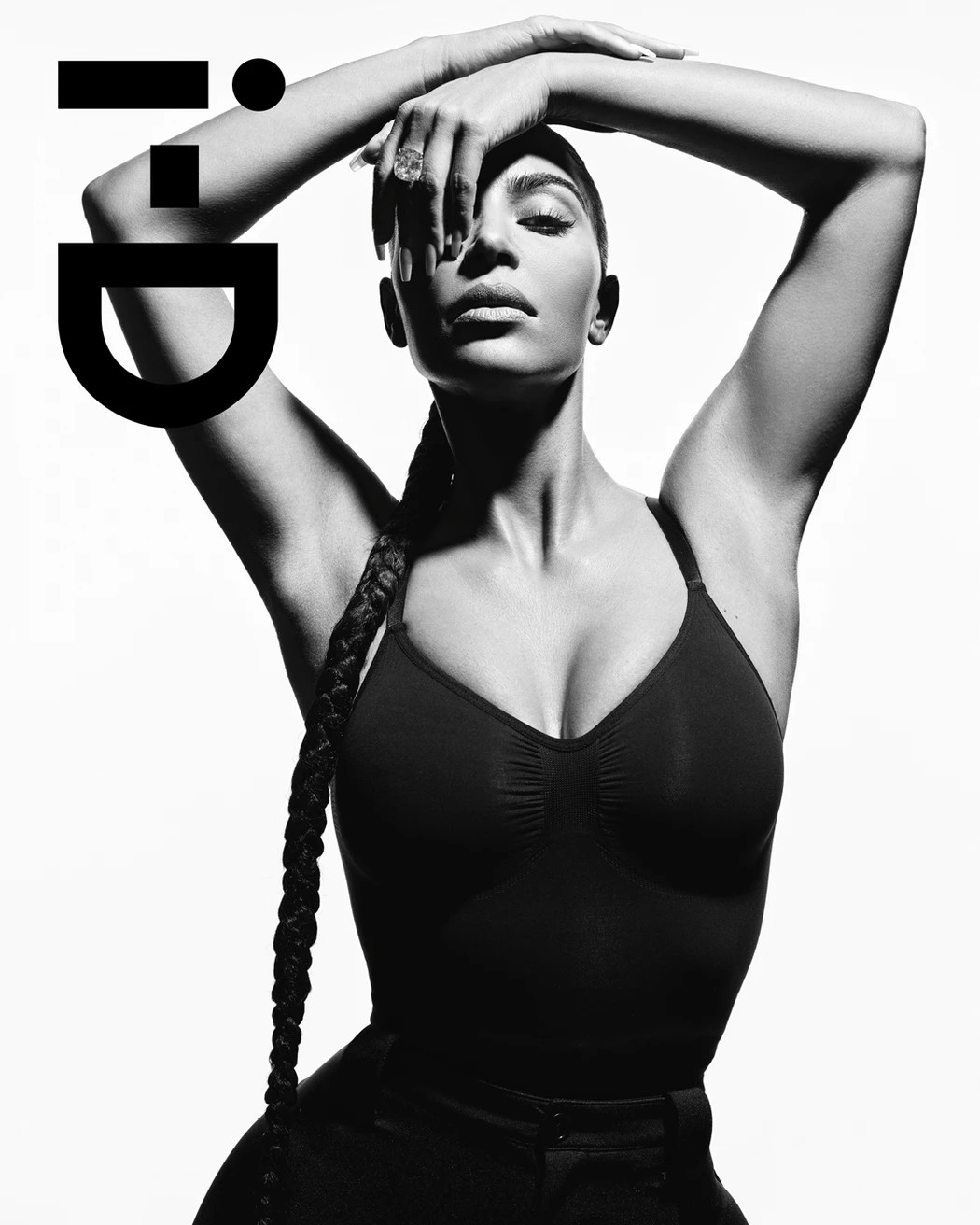 Kim Kardashian covers the latest issue of I-D Magazine. She’s mostly promoting SKIMS, her billion-dollar company, but she’s also just talking about her life, her family, her future. This was conducted before Kim passed California’s baby bar exam, and she talks about her law studies and plans to work on criminal justice reform as well. It does feel like Kim is in transition, becoming a single (divorced) woman, running her successful businesses, but still playing around in reality programming. Some highlights:

On raising kind kids: “I think it’s really important for me to have kindness. That’s actually one thing I’ve tried to impart to my kids too – I’ve tried to raise kind human beings. None of this matters. So treat everyone with respect and kindness. I think that’s just the goal, honestly.”

She loves Japanese culture, design & anime: “I’ve taken [the kids] to Japan a few times, I’m really inspired by Japanese culture. Our guest house is actually a samurai’s old home that my art dealer, Axel Vervoordt, used to own. We got the bones of this old house from Japan and built it into our house, because it had such a different energy, this house has the energy of a warrior. It’s really cool. I love how everything is designed [in Japan], I find it super inspiring, whether it’s the pottery, dishes, packaging design. It’s equally really fun, aspirational and inspirational. I’m really into Japanese architecture, I have a home in Palm Springs that’s being built by Tadao Ando. And one in another place that I don’t want to disclose, because no one knows I have a place there, and that’s by Kengo Kuma. I love their work so much. I’m really excited for those projects that are underway.

Changing the name “Kimono” to SKIMS: “It was a really quick decision. I mean, I came up with the Kimono name because it was a play on my name, and because I was so inspired by Japanese culture. To me, it was just paying homage to it, but I quickly realised that it wasn’t being seen that way. I would never intentionally try to appropriate the culture in that way. It wasn’t my intention at all. So I just was like, “Okay, shut it down. It doesn’t matter that we have so much product already. We have to figure this out. We need to take our time and slow down for a second and figure it out and change the name.”

How she’s navigated criticism accusations of blackfishing: “Obviously, I would never do anything to appropriate any culture. But I have in the past got backlash from putting my hair in braids and I understand that. Honestly, a lot of the time it comes from my daughter asking us to do matching hair. And I’ve had these conversations with her that are like, “Hey, maybe this hairstyle would be better on you and not on me.” But I also want her to feel that I can do a hairstyle with her and not make it that big of a deal either if that’s something that she’s really asking for, and really wants. But I’ve learned and grown over the years, and figured out good ways to communicate with all my kids about all this. I’ve definitely learned over time, and I’ve tried to pass that culture of learning onto my kids too, but then there’s also a history of braiding hair in Armenia, and people forget that I am Armenian as well.

Future goals: “I definitely see myself more and more in the justice world. Continuing doing what I’m doing in school. Mainly I just hope, like we were talking about earlier, to have raised kind and well adjusted kids. I hope we’re just enjoying life, and helping other people. That’s my biggest goal.

Law studies: “Law school is a long process and it’s a lot of work, and I’m two years into it and I hope that after school is done, I can just focus on… It’s not really going to change the work that I do, but maybe I’ll have free time to help more people. I really just love that I can use my voice and advocate for people that can’t help themselves, and that sometimes don’t know where to turn and are just helpless and hopeless. I hope that I can really help where I can and make a difference.

Oh, honey. “I would never do anything to appropriate any culture.” That’s just a flat lie. I get that she’s had some growth and education about blackfishing and cultural appropriation, so maybe that’s what she should say? Something like, “I f–ked up a lot and I’m sorry but I really did educate myself on this.” She really threw North right under the bus too, like North was the one begging her to do cornrows! As for the stuff about Japan… I had no idea she was so into Japanese architecture, honestly.

Cover and IG courtesy of I-D.

104 Responses to “Kim Kardashian: ‘Obviously, I would never do anything to appropriate any culture’”