Will the Duke of Kent’s book ‘compete’ with Prince Harry’s memoir? 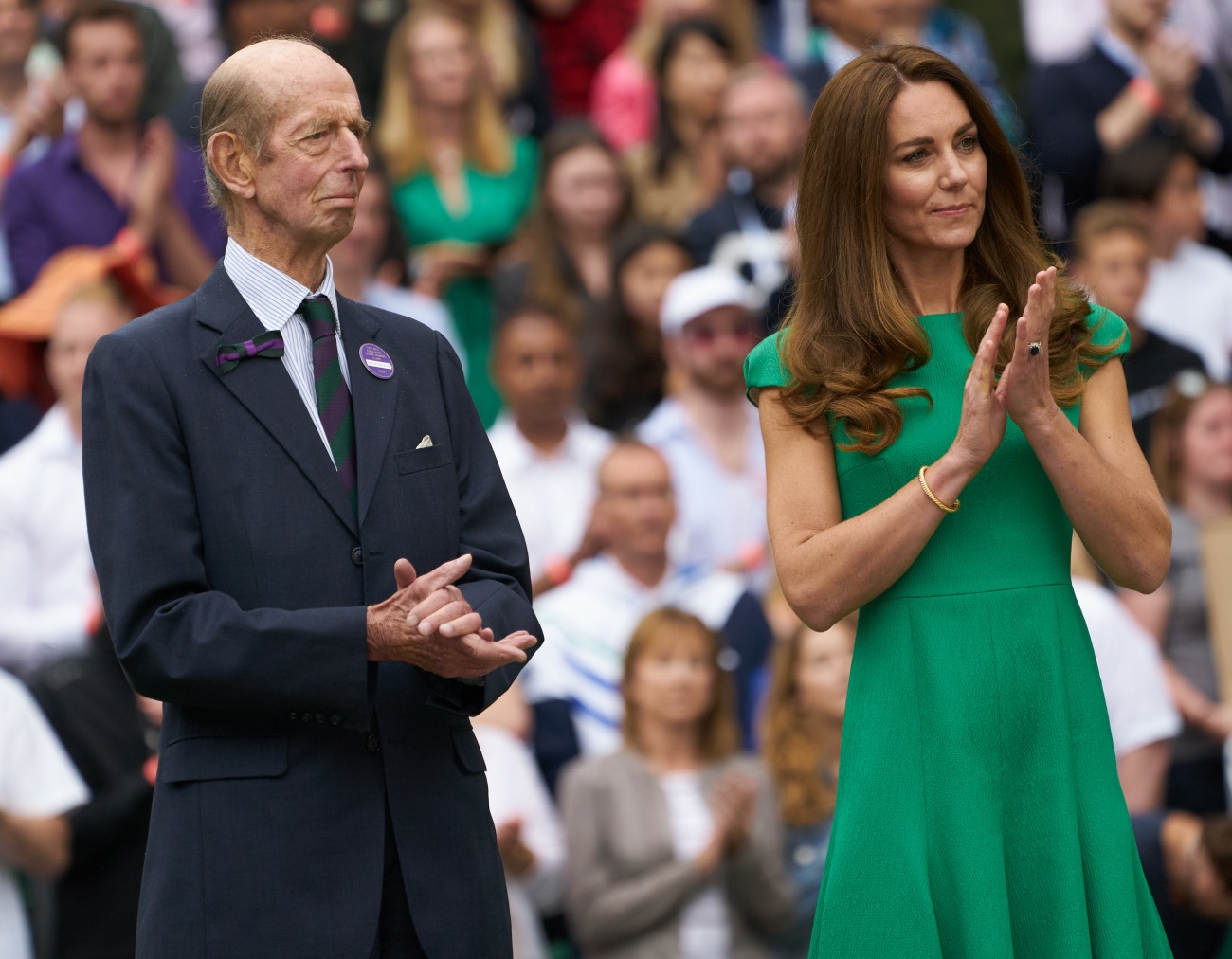 The only reason I am able to pick the Duke of Kent out of a lineup is because for many years, he was the face of “royalty at Wimbledon.” Edward, the Duke of Kent, serves as president of the All-England Club and he has been a fixture in the Center Court Royal Box for many, many years. Then the Duchess of Cambridge fancied a tennis job, and Kate worked hard (lol) to push him out. I believe he still serves as president, but Kate is definitely trying to take over. Still, the Duke has worked hard for the Firm for decades and he is known to be particularly close to Queen Elizabeth. They are first cousins – his father and her father were brothers. That connection and closeness has given the Duke and his wife a sizable royal apartment in London and hundreds of bread-and-butter royal events every year. Now that the Duke is 86 years old, he is slowing down and retiring from some of his activities. As such, he’s written a memoir about his life, and it’s due to come out just before Prince Harry’s memoir drops. Now royal reporters are trying to make it sound like the Duke of Kent will, like, successfully steal Harry’s thunder??

As first cousins they are whisper-close confidants whose lives have shared in the ups and downs of so many royal dramas — and countless family secrets. She was present at his christening in the private chapel at Buckingham Palace and eight-and-a-half decades later, when the Queen faced her first birthday parade after the death of Prince Philip, he was there at her side.

He is 86 now and though the higher-profile activities of young royals such as William, Kate, Meghan and Harry grab the headlines, the Duke of Kent carries serenely on with his duties with a quiet, unfussy dignity and absolute contentment. Indeed it would be hard to find another Royal Family member who embodies the qualities of loyalty and obligation to Queen and country more than Edward Kent, whose father died in a wartime flying accident when he was just six.

So the news that the duke is writing his memoirs in which, we are promised, he will be telling the inside story ‘behind the scenes of the world’s most celebrated family’, is remarkable. Due to be published next May, its timing is significant. Not only will it appear just ahead of the Queen’s platinum jubilee celebrations, it will also beat the arrival of another royal book — the tell-all autobiography of Prince Harry.

The two books, however, are likely to reflect a very different version of events. The duke’s story will be in the form of recollections and never-before-seen pictures — he is a skilled amateur photographer — of a lifetime working for the Queen without fanfare to support her public role. The contrast with the volume being penned by Harry, who is brimming with anger and hurt at how his exit from the royal institution was handled, could not be starker.

‘Edward’s book,’ says a figure close to the duke pointedly, ‘will aim to show that the most successful members of the Royal Family are those who support the Queen and don’t compete with her’.

I imagine Edward had a much easier time with everything because, unlike Harry, Edward always had the full support of the Queen and the institution, and because he didn’t marry a bright, beautiful, American woman of color. Harry was always fine with supporting the Queen, up until the point where the Queen did nothing as her family and her courtiers were part of a massive, racist smear campaign against Meghan. Don’t get me wrong, I don’t have any grudge against the Duke of Kent. He seems fine, and I don’t even recall any situation where he’s been shady or weird or racist. But the market for the Duke of Kent’s book will simply be a lot different than the market for Harry’s memoir. There is no comparison. 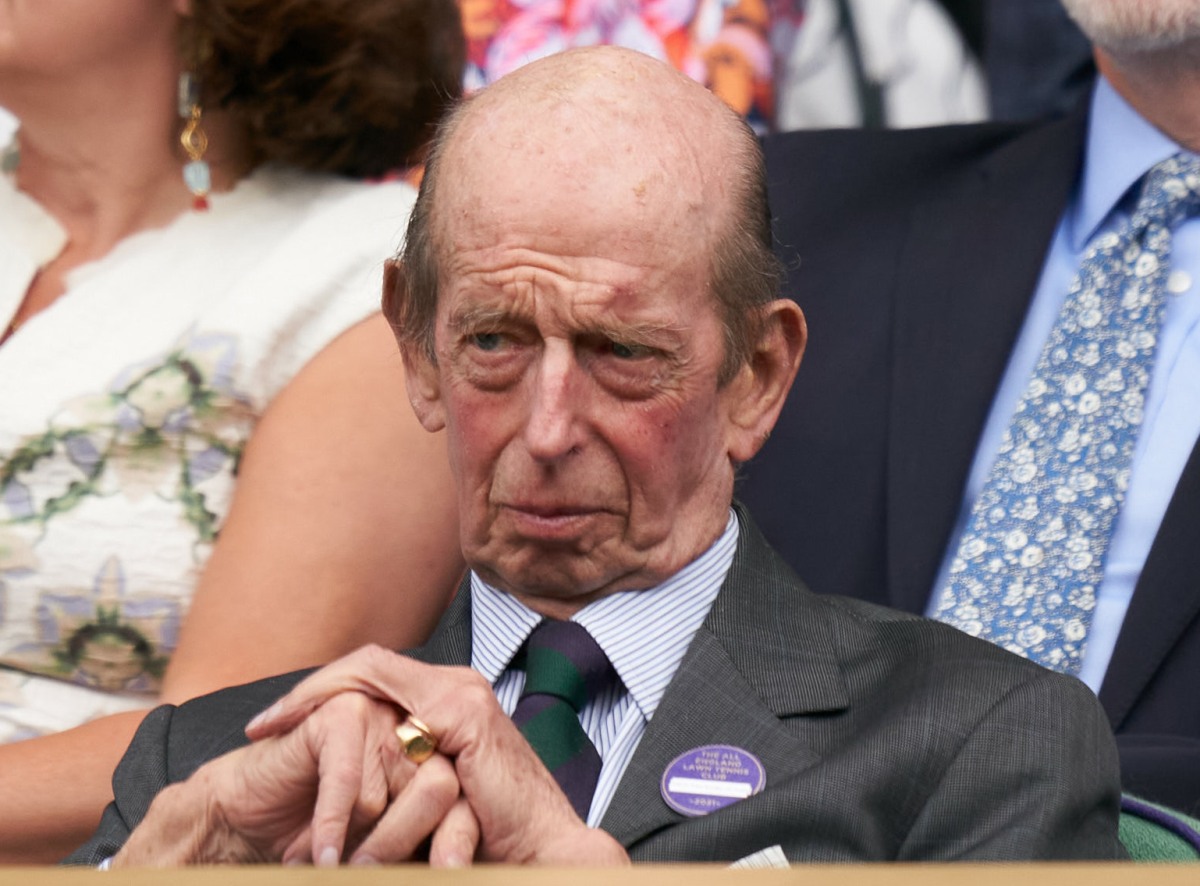 129 Responses to “Will the Duke of Kent’s book ‘compete’ with Prince Harry’s memoir?”