Anthony Anderson: Tracee Ellis Ross didn’t like me for 10 years

The final season of Black-ish begins tonight with special guest star, forever First Lady Michelle Obama. Even though I got angry over one of Rainbow’s storylines, I really like Black-ish, especially the cast. Anthony Anderson and his TV wife Tracee Ellis Ross work well together as partners. Their on-screen chemistry carries off the screen as well. I remember when he interviewed her for her hair line, his enthusiasm for her to succeed came through. So I was surprised to learn that, prior to the show, Tracee was a not a fan of Anthony’s. After making a rude joke at Tracee’s expense, she wrote Anthony off for almost 10 years. And like most men, he was clueless to it. However, working together on Black-ish righted his decade old wrong.

Why he uses the #justakidfrmcompton hashtag: Being just a kid from Compton shaped me into the man that I am today. I grew up in Compton in the time of crack cocaine, the height of gang violence, drive-by shootings, Crips and Bloods and all of that. Maneuvering through those minefields where I lived, walking behind the enemy lines just to get to school, taught me about survival. It taught me how to think quick on my feet, it taught me about loyalty and it taught me about family. I was just a kid from Compton who had a dream. I go back to the schools that I went to as a child and I talk to them. I’m here to let you know that with hard work, perseverance, dedication, you too can achieve whatever it is you want to achieve in life, as long as you put the work in. I’m a living testament to that right now.

Why Tracee Ellis Ross didn’t like him: I knew Tracee prior to Black-ish. We laugh about this now, but Tracee didn’t like me for maybe 10 years! We hosted the Vibe Awards [in 2005]. As we were walking onto the stage there was a loud sound over the speaker, and I said, “Tracee? Did you fart?” The audience loved it, but what I did not know is how offended Tracee was by that comment. I remember I did an episode of her show Reed Between the Lines [in 2011] and all of my scenes were with Tracee. And when it came time for my close-up, she would leave the stage like, “The stage is Anthony’s!” I thought Tracee was just showing me the utmost respect as an actor. I was like “Oh, my God, I’ve never been treated like this before! I was a guest star on her show, and she was just giving me her set!” Well, looking back on it, she didn’t want to be around me! She really didn’t start liking me until we were midway through the first season of Black-ish, and so we laugh about it now. But today, there’s nothing that I would not do for Tracee. We work the same, we learn the same, we are there for one another, and we have the ability to work with such fearlessness when we’re together, because we know that we will never allow the other to fall.

On going to the Los Angeles County High School for the Arts: I was in an acting conservatory on the weekends, and there was a post on the bulletin board that said “The Fame school is coming to Los Angeles!” I did a self-tape audition—I did a Shakespearean piece, and I can’t remember what other monologue I did and sometime later, I got a letter in the mail saying, “Congratulations, you have been accepted into the Los Angeles County High School for the Arts!” This is where I needed to be. I was in the inaugural class. I remember being on the news. And the faculty said, “This is not the Fame school that you see on television. You will not be dancing on tabletops, you will not be dancing in the street, you will not be dancing on cars.” And we all took note of that, and as soon as the news cameras left, we went out to the parking lot and danced on tables, we danced on cars, we danced in the street. And I’ll never forget that moment.

If Anthony didn’t realize Tracee was offended in 2005 and was still clueless to Tracee’s feeling about him six years later, he did not know her well enough to make that joke, before a crowd, in the first place. I don’t mind being made fun of in certain situations, but I have buttons I don’t want pushed, especially in front of people I don’t know. So, I understand Tracee’s animosity towards Anthony. It doesn’t surprise me that she was the bigger person to agree to work with him again. I don’t read where he apologized to her, but whatever they did to clear the air, I don’t doubt their bond. And I’m sure Anthony will not be disrespecting Ms. Ross in the future, no matter how big a laugh he might get. He was probably set straight by his real-life wife, Alvina Stewart. He met her in 1989 at Howard University and they have been together ever since. I don’t know much about them as a couple, but in the gossip world, that’s a good thing. So it sounds like Anthony surrounds himself with strong women, including his mom, Doris, with whom he co-hosts House Haunters.

That story about the kids dancing after the cameras left at the LA Arts school reads like a scripted scene. It gave me goosebumps. I hope Anthony recreates that in one of his projects. Imagine the optimism and excitement that was happening in that moment. I’m really glad Anthony is returning to his roots in Compton to help kids realize their dreams He and Kenya Barris, Black-ish’s creator who is from Inglewood, both support the communities they grew up in. Anthony talked about how he and Kenya hope to show first generation success in a realistic way with Black-ish. He told Parade he feels they accomplished that. That’s the best note for a show to go out on. 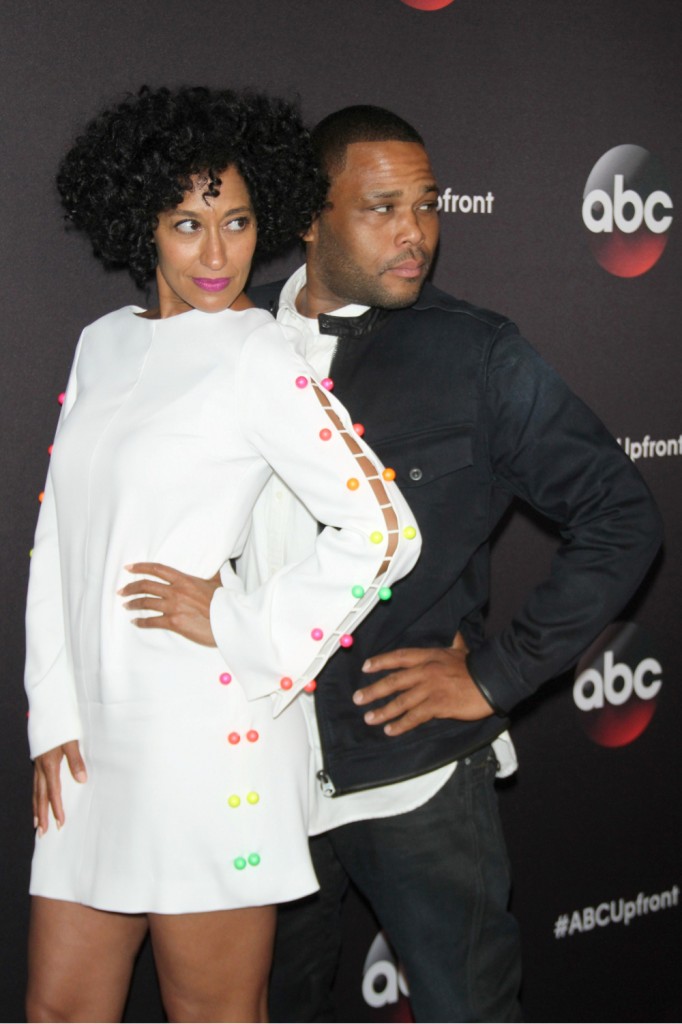 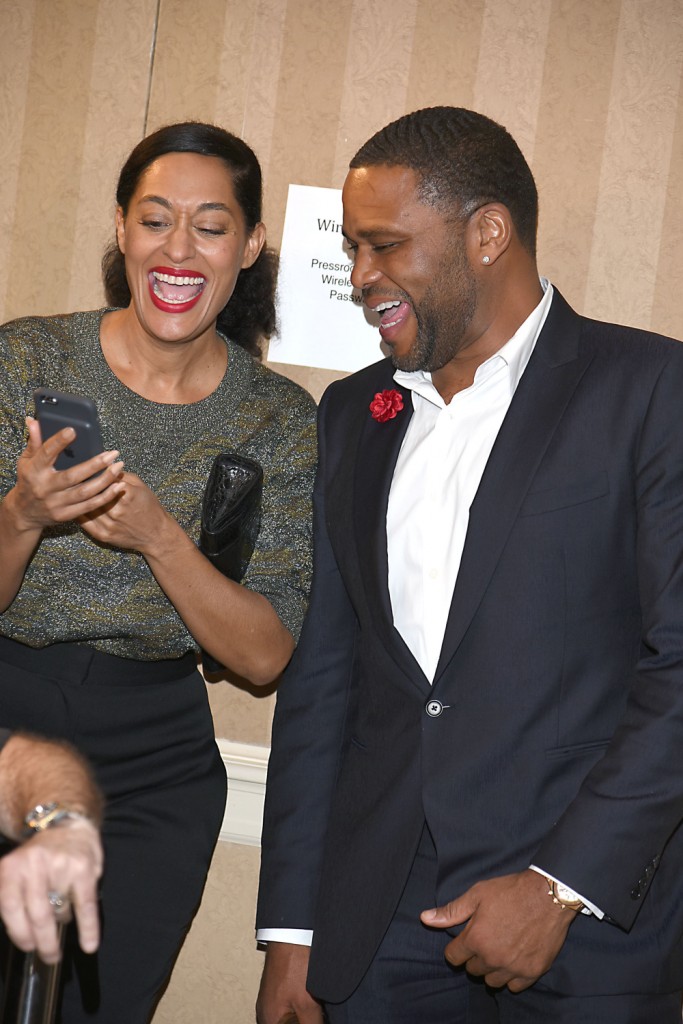 28 Responses to “Anthony Anderson: Tracee Ellis Ross didn’t like me for 10 years”