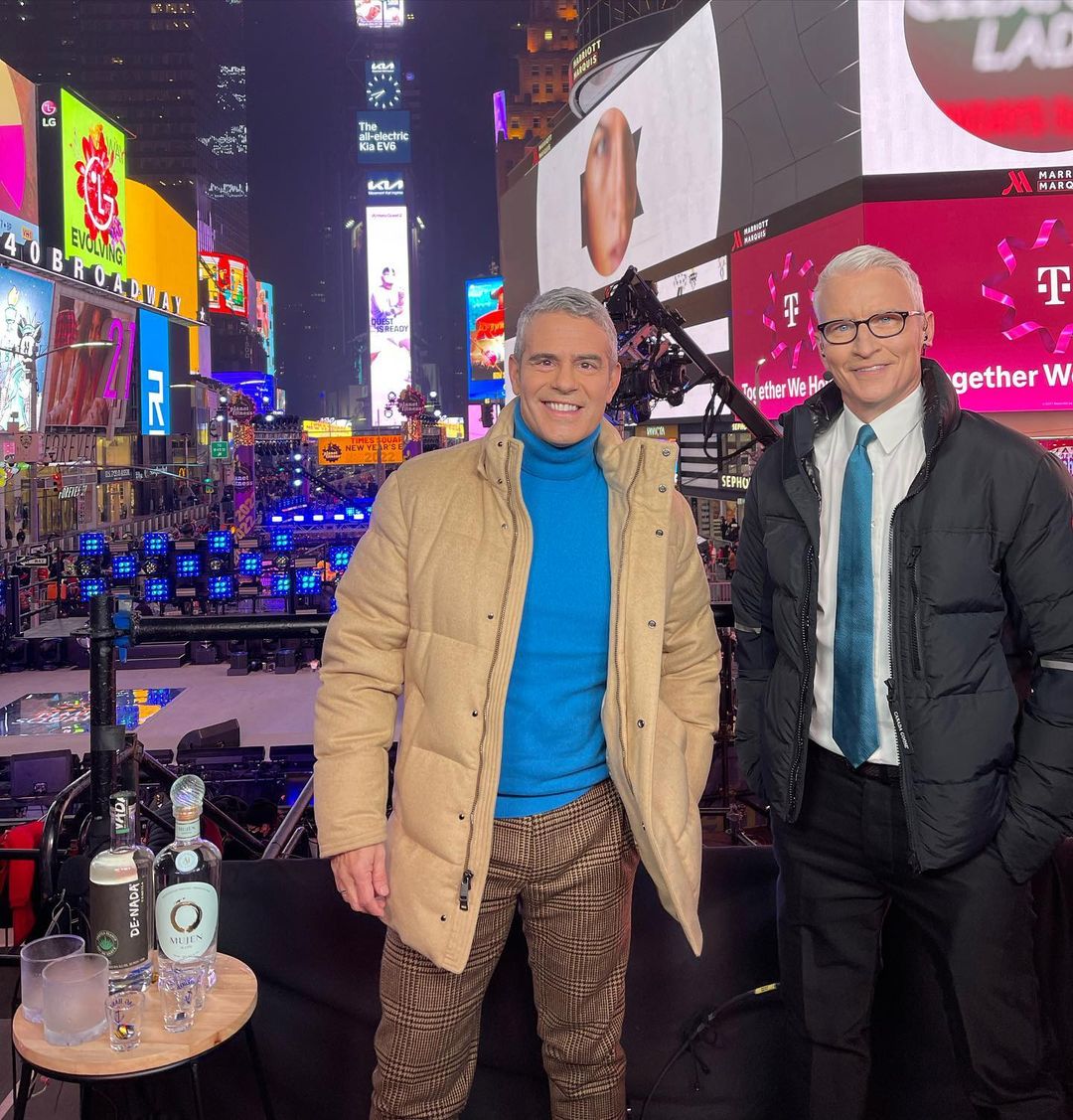 My ass has not stayed up for the ball drop on New Year’s in years. Last Friday, I was tucked into bed by 10 pm and I have zero regrets. The next morning, my timeline was full of clips of Andy Cohen and Anderson Cooper being drunk AF on CNN’s live NYE broadcast. They’ve been hosting CNN’s NYE show for years now, after Kathy Griffin was shoved off her co-hosting duties. Personally, I can’t stand Andy Cohen, and I didn’t care about his many drunken rants this year. For example, he “dragged” Mayor Bill DeBlasio:

He also dragged Ryan Seacrest, who was hosting ABC’s NYE special just a short distance from CNN’s Times Square perch. And… the Seacrest drag was apparently what bothered CNN.

While hosting CNN’s New Year’s Eve countdown with Anderson Cooper, Cohen says he was “a hair over-served,” he wrote on Instagram after the show, which is what led to his taking a jab at ABC’s New Year’s Rockin’ Eve—and by extension, its host, Ryan Seacrest.

Cohen then revealed on SiriusXM’s Andy Cohen Live that he regrets that. “The only thing that I regret saying, the only thing is that I slammed the ABC broadcast and I really like Ryan Seacrest and he’s a great guy,” Cohen said. “And I really regret saying that, and I was just stupid and drunk and feeling it.”

Now his employer CNN has weighed in and is standing by Cohen. Contrary to some reports, Cohen has not been fired from the hosting gig over any of his comments. (He also spoke out about York City Mayor Bill de Blasio and Facebook founder Mark Zuckerberg). In a statement to E! News, CNN said, “Andy said something he shouldn’t have on live tv. We’ve addressed it with him and look forward to having him back again next year.”

On Friday, Dec. 31, while on air, Cohen referred to “Ryan Seacrest’s group of losers that are performing behind us.” He told CNN viewers, “I mean, with all due [respect], if you’ve been watching ABC tonight, you’ve seen nothing. I’m sorry.”

But on his latest radio show, the media personality said he thinks the reaction to his commentary has been blown out of proportion. “The headlines about Ryan Seacrest are all like I trash Ryan Seacrest,” he reflected. “I’m like, I really, I hope he hears the clip. You know what I mean?”

I mean… would CNN have Cohen’s back if he wasn’t a powerful white man? If a woman had been drunk as hell and bad-mouthing powerful celebrities and politicians on a live CNN show, I’m sure the reaction would have been a lot different. That being said, I don’t really care. I doubt CNN really cares either. I have no idea if their NYE show is even a big ratings generator or whether the whole thing is just one big, dumb, drunk write-off. It’s basically the annual Let’s See How Drunk Anderson Cooper Can Get Without Throwing Up Show. 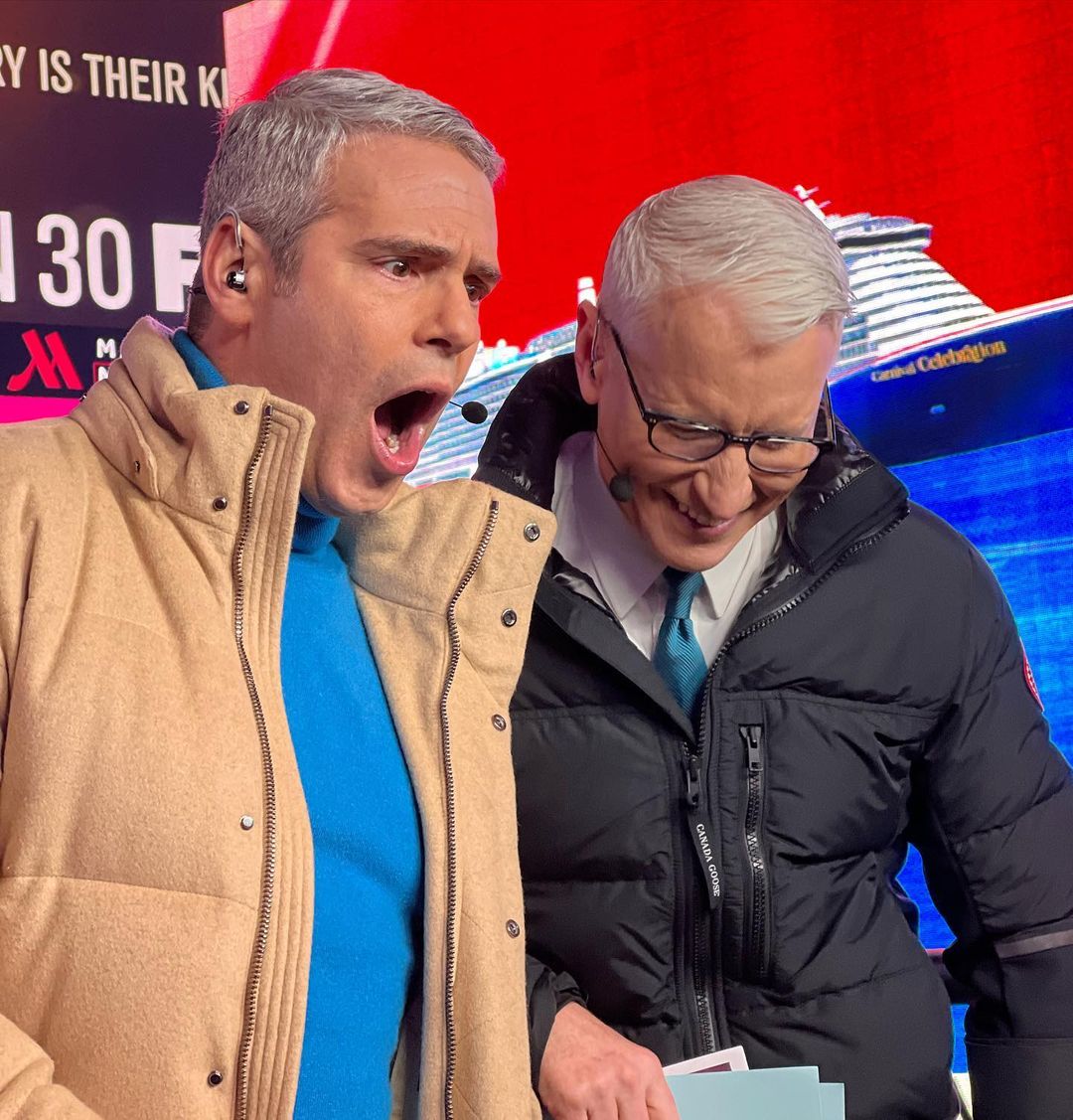