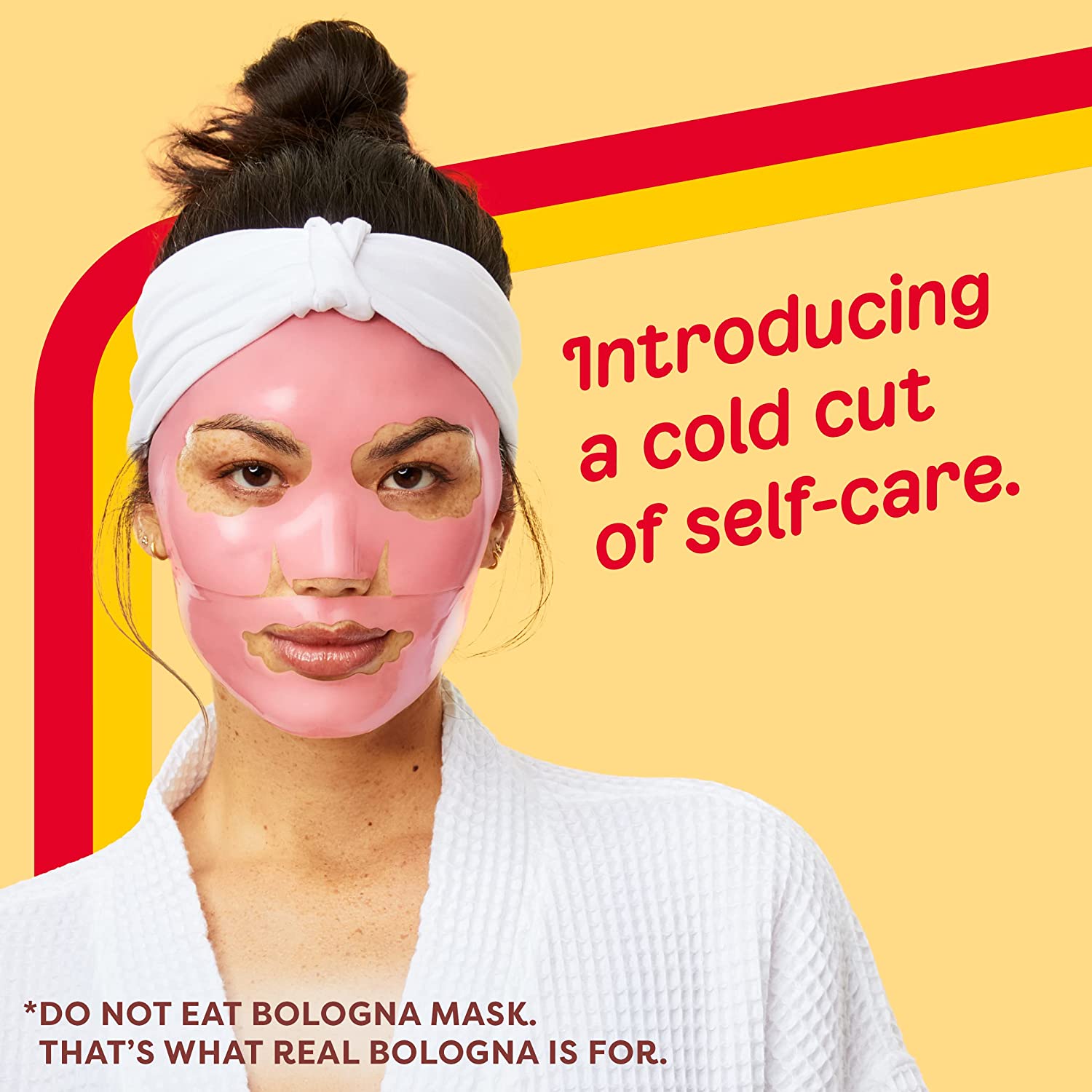 Last month, I came home with cheap bath bombs from the Dollar Tree which were from Dippin Dots and labeled “Cookies ‘n Cream.” (They smelled like nothing and didn’t do much in the bath.) My son, who is a teenager, looked at them and figured out what they were but told me he thought they were candy at first. That’s what came to mind when I saw that Oscar Meyer now has “bologna” face masks. I assumed that they were made out of real bologna you could eat afterwards, but they’re not edible. They’re made of something called “hydrogel” and there’s a label on the back that says “do not eat bologna masks.” The problem is that the design is similar to a real package of Oscar Meyer bologna and it says Oscar Meyer right on the front. These single use masks are reasonably priced at $5 and were made in conjunction with a K-beauty company. They quickly sold out on Amazon but Kraft Heinz seems to have restocked them.

Oscar Mayer’s bologna-inspired face mask sold out less than a day after its release on Amazon. Kraft Heinz blamed the shortage on “unexpected incredibly high demand” and said in a statement that the product would be restocked “over the coming days.” It’s the number one new release in Amazon’s beauty and personal care section.

The new product isn’t actually a slimy piece of meat. Rather, Kraft Heinz (KHC) partnered with Seoul Mamas, a Korean skin care company, to create a “hydrating and restoring hydrogel” mask that promotes skin elasticity, improves hydration and moisture retention. (Oddly, those are not among the typical side benefits associated with ingesting the sodium-filled deli meat.)

But the tan-colored masks are not actually edible. There’s a large warning on the packaging that says “do not eat bologna masks.”

I first saw these on The Today Show, where only Jenna was willing to put one on her face and she dared Hoda to eat it afterwards (she did not). I get that they’re not supposed to be edible, but what happens if someone eats it? I’m sure there are little kids who will see these and assume it’s food. There’s nothing on the package about contacting poison control if it’s ingested, but there’s a big warning not to eat it. Also, if I was going to buy these I would want them to smell like bologna. If they’re going to go all in with the packaging and the design they may as well mimic the smell of the meat too. That would make them even more enticing to kids and pets though. 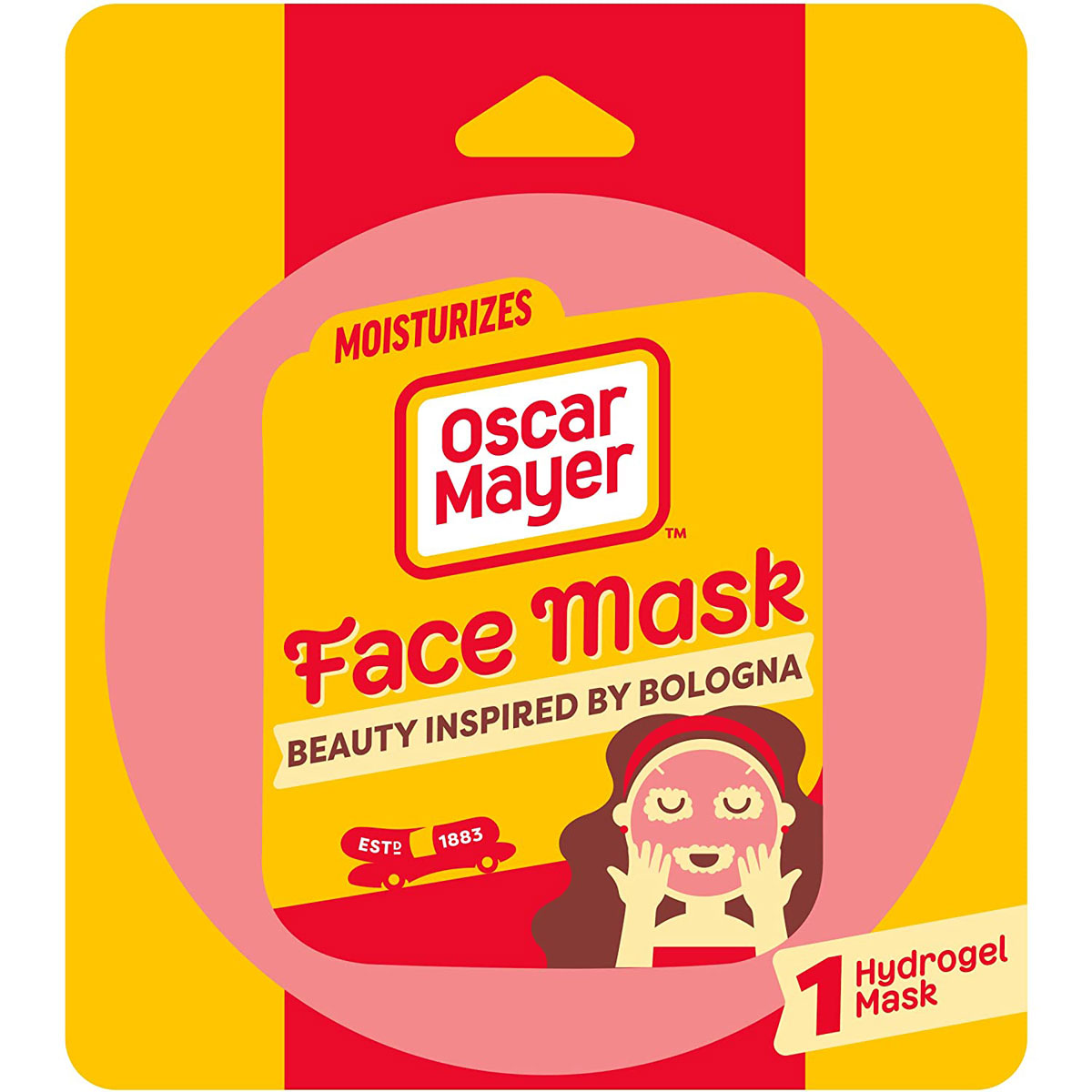 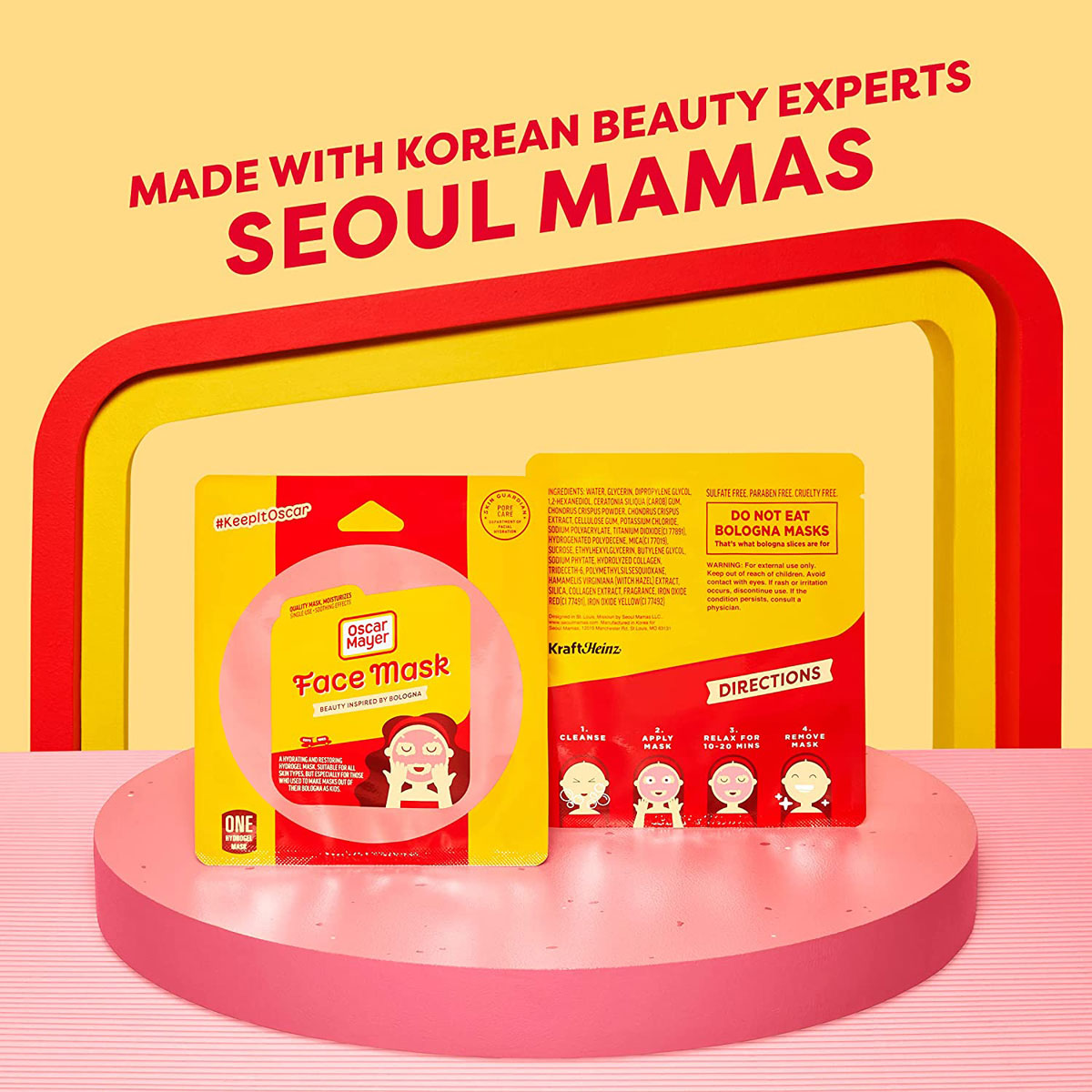