Kelly Osbourne got pillows made of her and her boyfriend’s faces: creepy or cute? 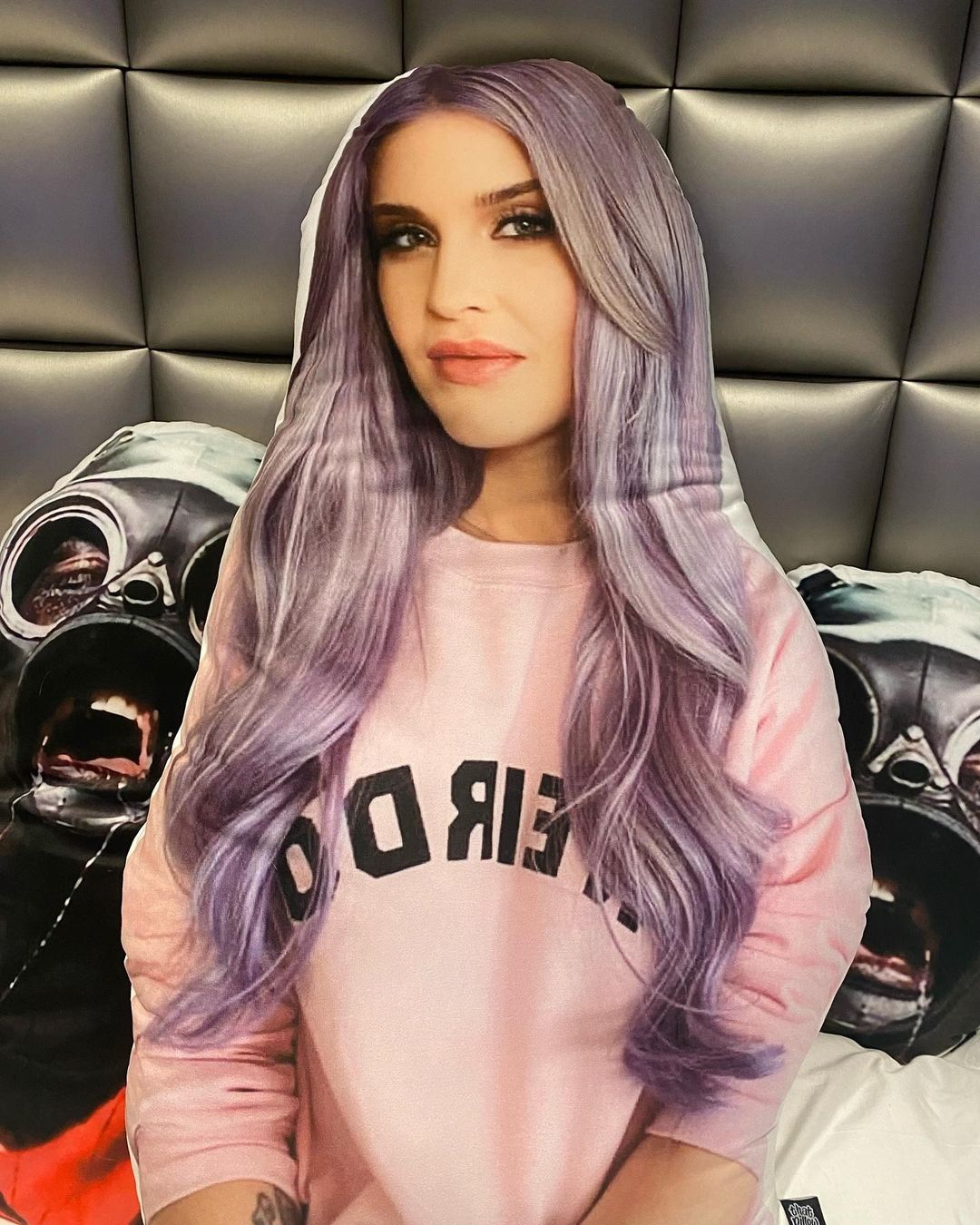 I have been enjoying celebrities announcing their new relationships in subtle and not-so-subtle ways. Halle Berry announced her relationship with musician Van Jones in an Instagram post. Common and Tiffany Haddish also made it known that they were together for a while. Now, Kelly Osbourne is making it known that her guy is Slipknot’s Sid Wilson. Kelly and Sid have known each other since 1999 when Sid toured with Ozzfest. However, no one seems to know when they started dating. Kelly slyly confirmed the relationship when she posted a few pictures of pillows from The Pillow Guy featuring photos of herself and Wilson. Below are a few more details from People:

“Kelly and Sid met when his band was touring with Ozzfest in 1999,” says the source, referring to the music festival founded by her parents, Sharon and Ozzy. “They have remained friends since. They are very happy together.”

While Osbourne and Wilson have yet to make an official appearance on each other’s Instagram grids, the former reality star posted a series of photos last Saturday showcasing custom pillows of herself and Wilson, which were made by friend Oleg Lee, who goes by the moniker That Pillow Guy on social media.

“Thank you @thatpillowguy (not to be mistaken for that other guy) for our amazing pillows. We are #obsessed!!!! There are so many things I want to turn into pillow. I will be hounding you! Sorry in advance 😂,” Osbourne captioned the carousel of pics, one of which featured the same pillow that Wilson posted on his Instagram.

Although Osbourne had never confirmed her previous relationship before being seen with Wilson — she had been spotted with filmmaker Erik Bragg on numerous occasions in 2021 — she credited an unnamed boyfriend for helping her when she relapsed in April last year after nearly four years of sobriety.

“I only want to be the best version of myself, for my family and my boyfriend and my friends and I was not. I was the furthest thing away from that,” the TV personality said during an appearance on Facebook Watch’s Red Table Talk in June last year.

I have my feelings about Kelly Osbourne and they are truly strong. However, I am happy for her in this regard. In fact, I am just happy to see people fall in love and have healthy relationships. I am a vain person but I really don’t need pillows with my face on them on my bed. It is a bit overkill, however it is very Kelly. Having custom face pillows is the equivalent of couples’ outfits. It is a hard pass for me. But I am not one to judge. Whatever floats their boats and makes them happy. I am looking forward to the romcom-esque love story about how Kelly and Sid began dating after knowing each other for so many years at some point, especially since Kelly was supposedly dating Erik Bragg last year. Kelly and Sid’s relationship must be fairly new. Getting couples pillows may be moving a bit too fast, but that’s none of my business. Good luck to Kelly and Sid.

18 Responses to “Kelly Osbourne got pillows made of her and her boyfriend’s faces: creepy or cute?”