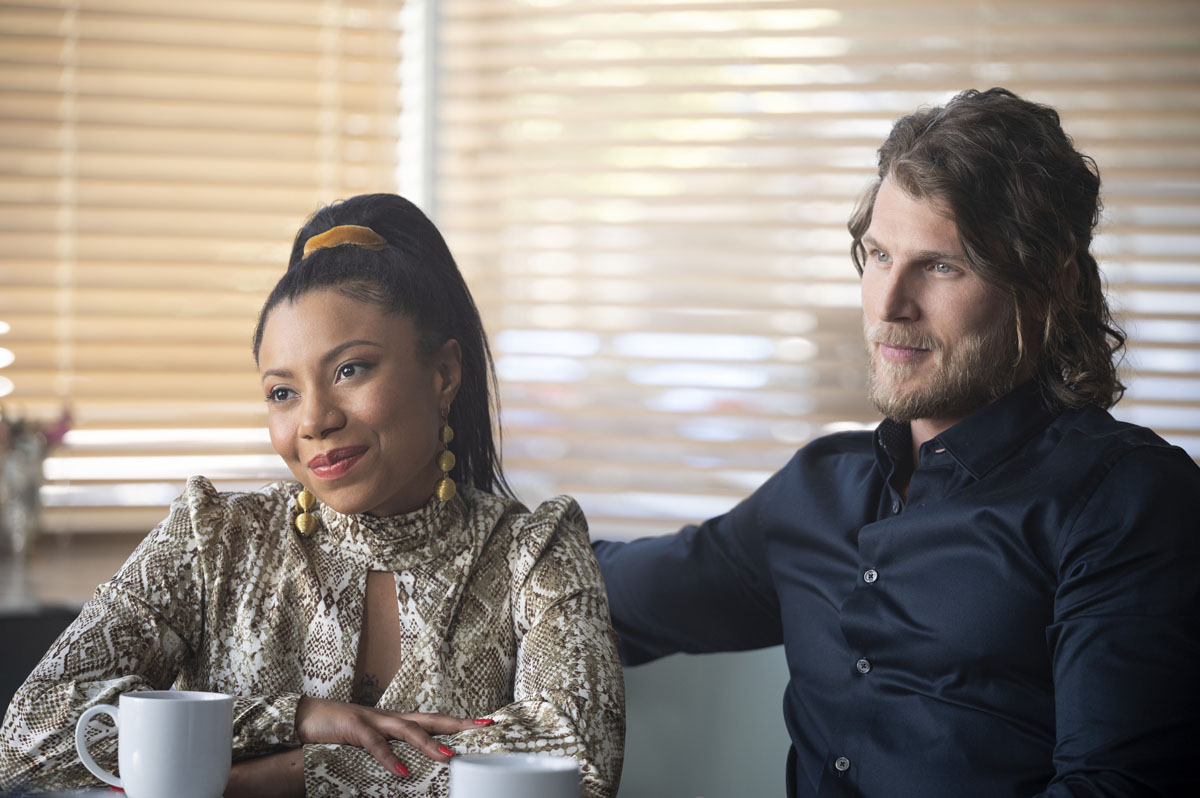 Travis Van Winkle played Cary Conrad on the third season of You. I didn’t finish the third season (I haven’t finished any of the seasons) but Travis was fun to watch as Cary. As far as I got, Cary was still seemingly a good guy. And it looks like Travis is too. At least he’s the kind of guy that will fight off coyotes to save his dog. Let me give you a little backstory. Travis adopted Karen in April of 2020 after losing his dog Nina. (He was heartbroken over Nina’s death. He still is.) Karen is named after Travis’ Aunt Karen, who was killed by a dog leash clip (that crazy story iw here.) Travis is devoted to Karen and she’s all over his Instagram. She helped film his rom com, ‘Tis the Season to be Merry with Rachel Leigh Cook. She goes on road trips with him (Karen, not Rachel). Karen is his baby – we know what that’s like.

Travis and Karen were at Griffith Park in Los Angeles last Sunday. It was the middle of the day, and the park was well populated, when Travis saw two coyotes starting to circle Karen. They got so close to her that Travis thought they’d actually bit her leg. Travis ended up being able to rescue Karen from the coyotes before she was hurt, but scraped up his leg pretty bad in the process. He posted the scary encounter to Instagram:

I’m having so many thoughts at once. My heart is in my throat because I can just feel how scared Travis was. It’s very difficult to chase off a coyote, even with noise. Coyote attacks are increasing all over LA and the suburbs and we are at a loss for how to ward them off. But I know where Travis is in that video and I’m very surprised to see coyotes walking in that area at that time with that many people. It used to be that you only had to worry about coyotes if your pet got into unpopulated areas or at night. Griffith gets really busy during the day. But coyotes return to known food sources, and I’m sure they know those trash cans and picnic spots have food at that time.

I don’t want to harp on Travis when he’s down, but it sounds like Karen was pretty far away from him at the time of the attack. He said he had to slide down the hill to get to her. He was at a public park, why wasn’t his dog on a leash, by his heel? Griffith has leash rules. Maybe Karen got away from him? A leash won’t save you in a coyote attack but in that setting, they are less likely to approach the animal if it’s near the human. If you want to run your dogs off leash in Southern California, dog parks and dog beaches are just about the only coyote-free places to do so. Unfortunately, you have to contend with some jerky fellow dog owners, but that’s another post. The important thing is that Karen is okay, and Travis will be too. Now let’s all go home and hug our pets a little tighter tonight.