In December we got the first photos of Amanda Seyfried as Elizabeth Holmes and Naveen Andrews as Sunny Balwani in The Dropout, a seven part Hulu series covering the true story of the Theranos scandal. Holmes is currently awaiting sentencing after being found guilty of four out of 11 federal charges. Balwani’s trial has been delayed and should start sometime next month.

The trailer for The Dropout was just released and it looks so good! Here it is and we’ll talk about it in a moment.

You can hear Amanda Seyfried’s voice gradually getting deeper, right? I didn’t imagine that? Laurie Metcalf looks so good as Dr. Phyllis Gardner, the Stanford professor who questioned the science behind Holmes’ idea and spoke out against her. William H. Macy is Dr. Richard Fuisz, the scientist sued by Theranos in 2011 for allegedly violating a Theranos patent. I barely recognized him! Stephen Fry is Ian Gibbons, the former chief scientist at Theranos. Utkarsh Ambudkar from Ghosts is in this too! He plays Theranos employee Rakesh Madhava. Seyfried nails Holmes’ crazy eyes and I love how unhinged she seems. The hair, makeup and wardrobe people nailed Holmes’ looks. I’ve seen the photos from some of the events they’re recreating and it’s spot on.

Seyfried is going to kill it in this role and I bet she will get a few nominations. The Dropout premieres on March 3rd. I’ll definitely be watching. 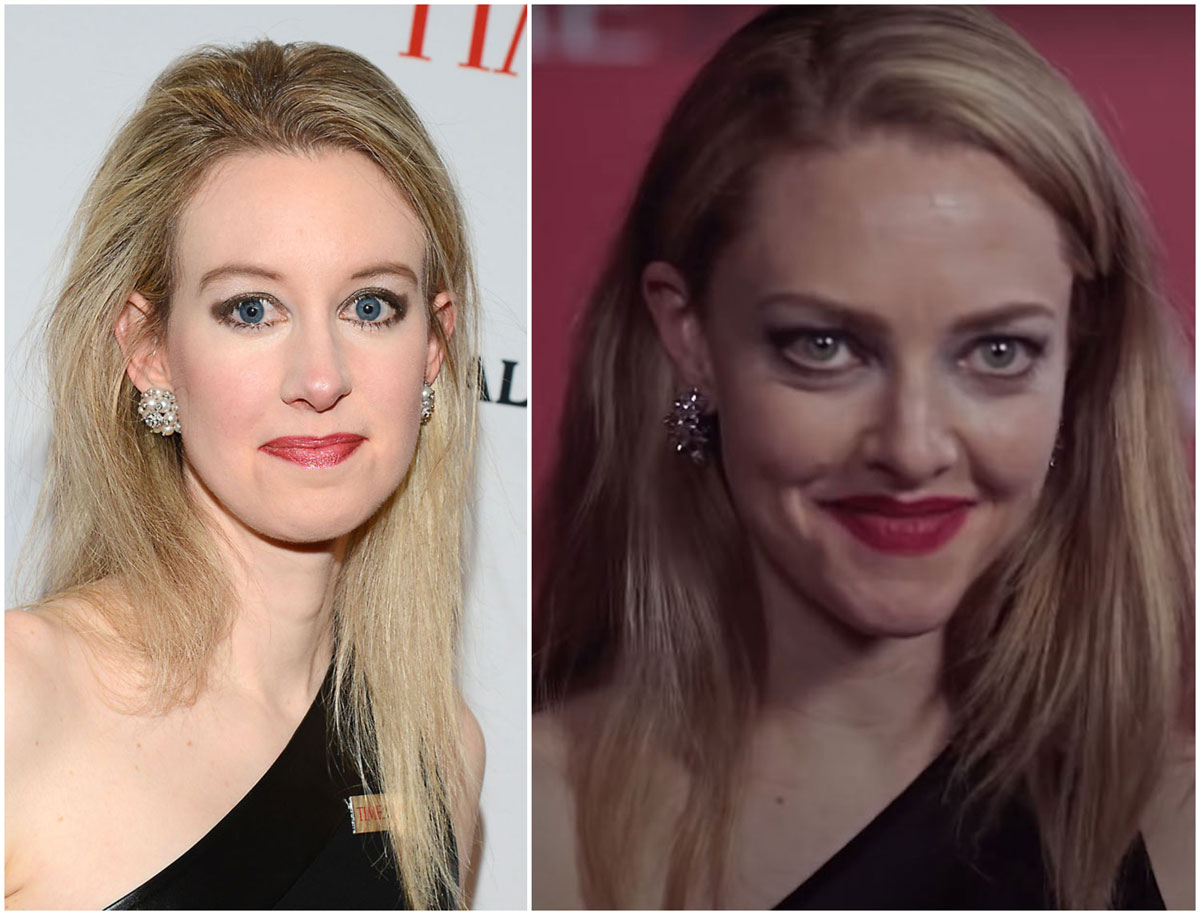