Naomi Campbell on her baby girl: ‘She wasn’t adopted – she’s my child’ 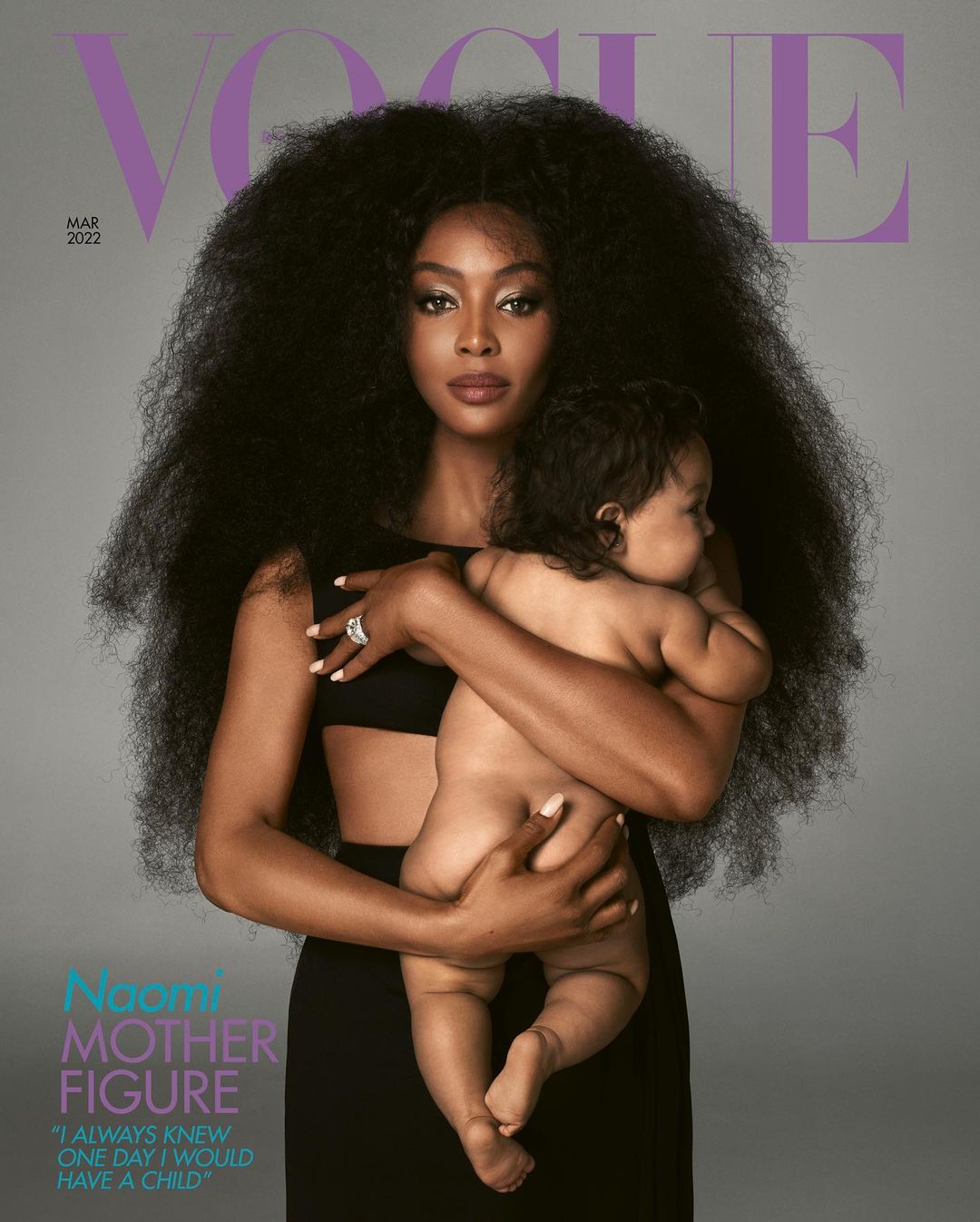 Aw, the supermodel baby’s first photoshoot! Naomi Campbell and her baby girl – whose name Naomi will not reveal – posed for the March issue of British Vogue. Steven Meisel photographed mother and daughter, although we can’t really see the kid’s face. Naomi has, up until this interview, been pretty quiet about her first months of motherhood. She announced that she welcomed her baby girl last May, and this is the first time she’s really talking about what it’s like to be a first-time mum at the age of 51. You can read the full Vogue piece here. Some highlights:

Baby Campbell is a good traveler: “I’m lucky my little one loves to travel like me – no whimpering taking off or landing. She’s a good girl: she sleeps very well, she hardly ever cries and I’m told she’s very alert for her age. She’s just started waving, which is fun. She laughs a lot. She’s almost talking. I think she might walk before she crawls. And she’s got six teeth already.”

The details around Baby’s arrival: “She wasn’t adopted – she’s my child.” She is saving the rest of the details for her book, which she is yet to begin. She has also decided to keep her daughter’s name private. In fact, very few people even knew that she was planning parenthood: “I can count on one hand the number of people who knew that I was having her. But she is the biggest blessing I could ever imagine. It’s the best thing I’ve ever done.”

She still walks the runways in London, Paris & Milan: “I still enjoy it but it’s nerve-racking! Because I’m 51 years old walking with girls who are 18!”

The old days were more fun: “Of course! Because you’re with your girls,” she explains, referring to Linda Evangelista, Cindy Crawford and Christy Turlington. “It’s great to be with these young ’uns at my age, but I have to say, at one of the shows I was like, ‘Come on, girls! Pick up your feet! Why are you walking so slow?’ I definitely feel like my time was more joyful. We smiled. We got to show off our personalities. It was an incredible time but we worked hard. And no matter how many outfit changes, how many shows, we never said we were tired. We all loved it and we kept each other’s energy up. We did eight shows a day and then we would go and celebrate with the designers in the evening. I wonder sometimes if models now could have kept up with us.”

A docuseries!! They’re currently working on The Supermodels, an upcoming docuseries for Apple TV+. Directed by Oscar-winner Barbara Kopple, it will revisit their 1990s reign. “It’s about our life and times together: our friendship, careers, our womanhood, our motherhood.” Together with Ron Howard, they are all executive producers on the project. “As models, we don’t have any rights to our image, so it feels good to be partners on our legacy – and in our own words.”

How she’ll raise her daughter: “Grandma taught me how to cook and clean. I would come home from school and have to wash my dancewear, clean my shoes. I think discipline is important. I had that and I will be the same…. I come from a family of strong women. Between that and my school, I learnt early how to fend for myself. I learnt how to stand up for myself.”

On the increased diversity in the modeling industry: “There were lots of times when I would walk in the fashion shows, but I was never picked for the ad campaigns and it would hurt – it really hurt. I would have to suck it up and keep moving. Of course, it would have been great to have had that support around me back then, but I’m proud to see it happen now, I’m proud to see the diversity now. But I say this with all sincerity: we’re not here for a trend. There are so many companies who are in this only because they don’t want to get called out. No. Don’t do it from that place, do it because you understand that it’s the right thing to do. There is still a long way to go.”

On being an older mother: She’s currently encouraging all of her older friends to have babies. “I’m telling them all, do it! Don’t hesitate!”

She also confirms that she’s had a nanny since Baby Campbell’s first days, and when asked if she wants another baby, Naomi said “why not?” She talked a lot about how much fun she’s having, re-learning lullabies and playing dress-up with the baby, especially since designers are sending her tons of custom baby clothes (although she sort of indicates that the baby has outgrown a lot of stuff already). Not that it’s any of my business, but I assume that Naomi had a gestational carrier. I think her egg was used? That’s what it sounds like. And I laughed at all of the swipes she made about the young models not being able to keep up. She must think most of those young models are a grim lot. 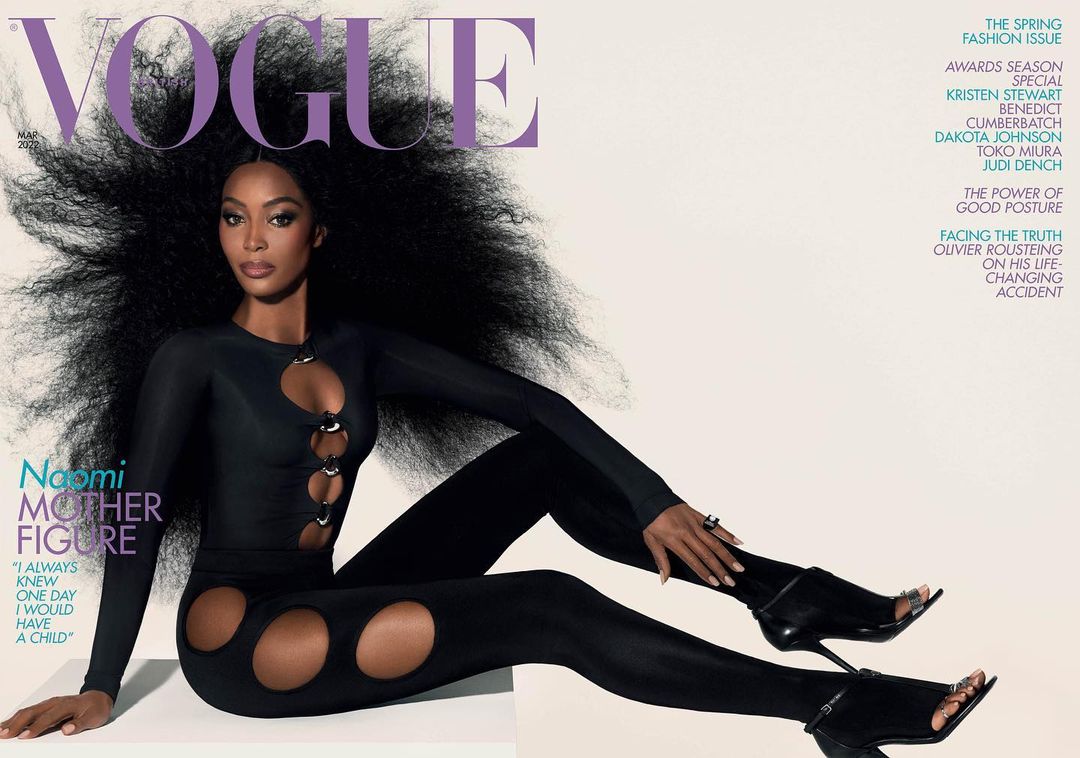 57 Responses to “Naomi Campbell on her baby girl: ‘She wasn’t adopted – she’s my child’”