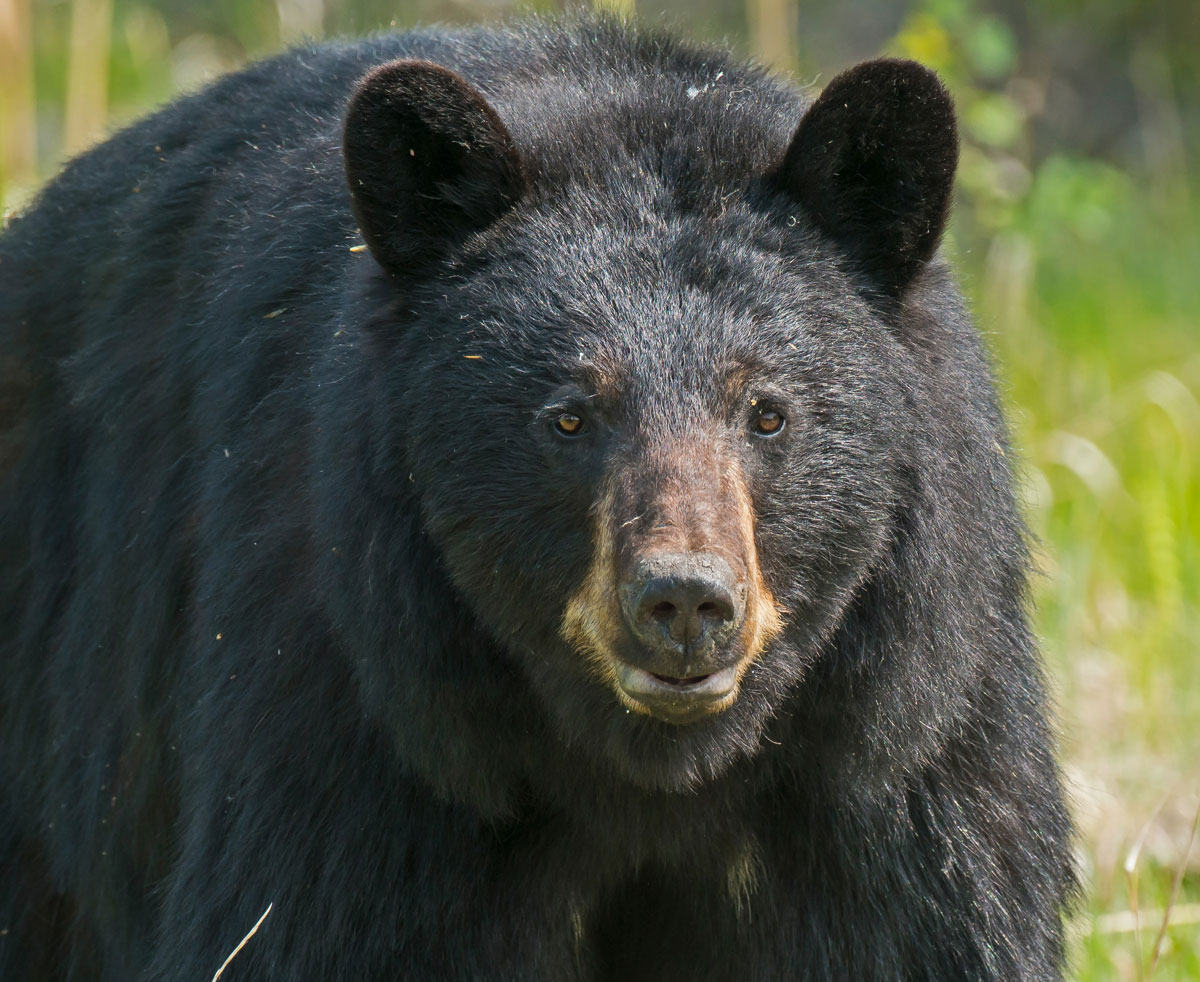 Last year, Helen Mirren shared a video where she had to yell at a black bear to get it to leave her property in Lake Tahoe. The bear wasn’t particularly large and was tagged on one ear. It sheepishly tried to go up her patio stairs like it was used to getting fed by people. It’s scary enough to have bears sniffing around outside for garbage and bird seed, it happens all the time where I live in rural Virginia, but what about bears that are so bold they open car doors, break windows and break into homes?

There’s a huge 500 pound black bear in South Lake Tahoe called Hank the Tank who has broken into almost 40 homes. He’s broken windows, kicked down doors and keeps coming back not matter what residents and California Fish and Wildlife do. Sirens, paintballs and Tasers haven’t worked. Some residents want Hank euthanized because they’re understandably afraid for their lives and for their pets’ lives. A bear organization is defending Hank and wants him to be spared.

Hank — who earned his name from South Lake Tahoe residents — has broken into dozens of homes in the area in recent months, The New York Times reported. He has been eating human food and garbage and breaking into homes through garages, windows and doors, according to the newspaper.

Despite attempts by the California Department of Fish and Wildlife to keep him away, Hank continues to return, spokesperson Peter Tira told the Times. Officials have even used paintballs, bean bags, sirens and Tasers to prevent Hank from returning to the community.

“It’s easier to find leftover pizza than to go in the forest,” Tira said, per the Times.

As of Friday, 38 homes in the Lake Tahoe area have been damaged by Hank, and he’s been reported in more than 150 calls to authorities, CBS Sacramento reported.

Local residents are now debating whether or not the bear should be euthanized.

Tim Johnson, who lives in the area favored by Hank, told CBS Sacramento that the bear’s presence has made him more vigilant about home security.

“I’ve been in town 40 years and I’ve been locking my doors recently and I’ve never done that,” he told the news station.

Tira, the Department of Fish and Wildlife spokesperson, said euthanizing Hank is the department’s “last option,” adding, “This is a bear that has lost all fear of people. It’s a potentially dangerous situation.

A local group called the Bear League is fighting to prevent Hank from being euthanized, according to NBC News 4. In a statement posted to Facebook Sunday, the group claimed Hank was being “targeted for death by the California Department of Fish and Wildlife (DFW).”

The Bear League wants Hank to go to a sanctuary, which is understandable. Given how much damage he’s caused I wonder if that’s even an option. How much harder would it be to transport him somewhere and what sanctuary would want him? Years ago I visited a bear sanctuary outside of Berlin. They rehabilitate captive and abused performing brown/grizzly bears that have habituated behavior like walking in circles from being tied up all their lives. Imagine Hank in a place like that. He would be figuring out the locks on the second day and staging a walkout.

Update: a sanctuary in Colorado has said

“>it will take Hank

, however it’s unclear if arrangements have been made or how this would happen.

I’m not sure if this video is of Hank but damn!

“AYE YALL GOT ANY HONEY UP IN HERE?” pic.twitter.com/pV3AlY241o

A post shared by CA Dept. of Fish & Wildlife (@californiadfw)

A post shared by CA Dept. of Fish & Wildlife (@californiadfw)