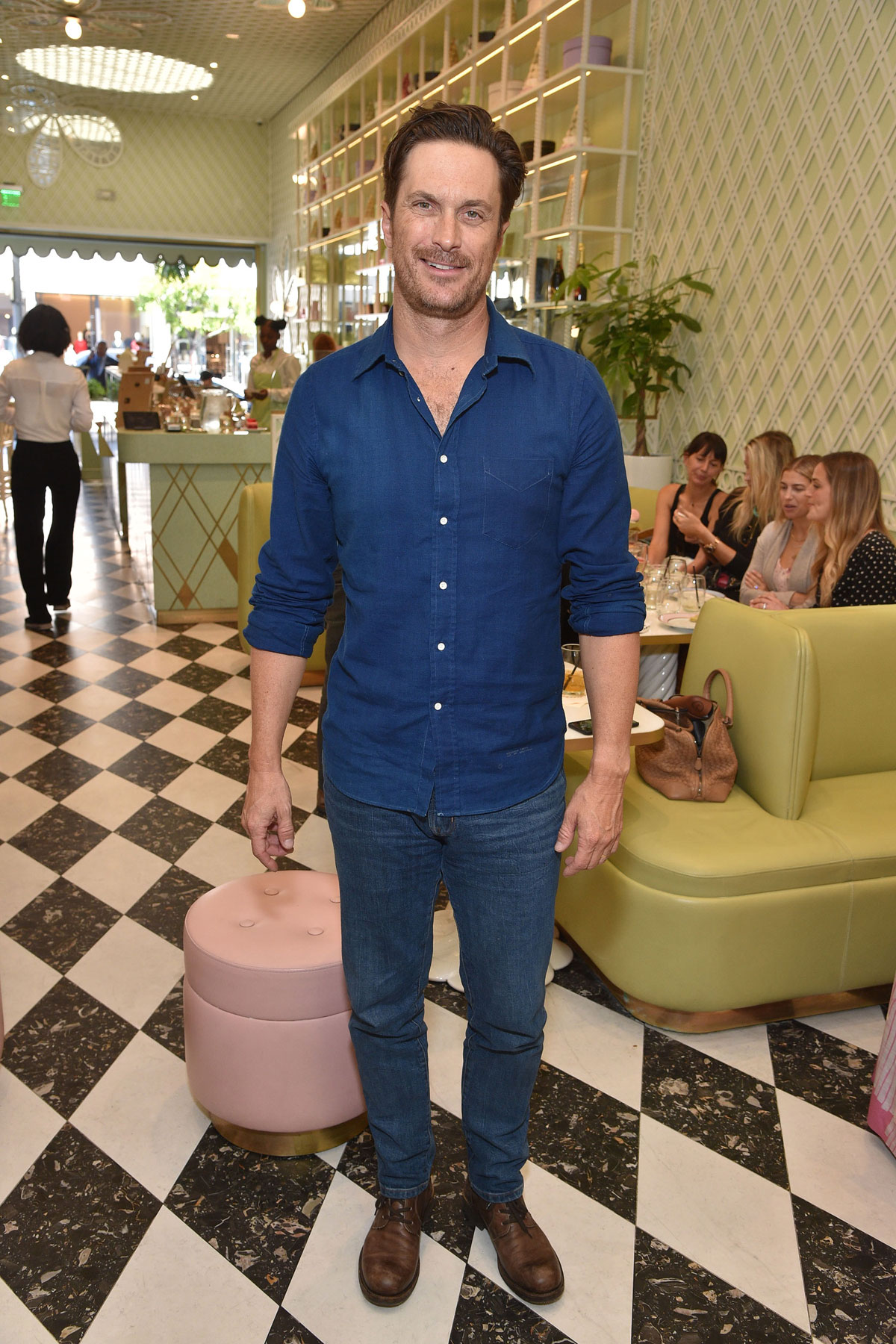 I know Oliver Hudson from the awesome and underrated show Nashville, which aired from 2013 to 2015. He was also on Scream Queens is now on The Cleaning Lady, which I’ve heard good things about. My mom and my friend Zakia, who have similar taste in shows, have been raving about it. He also of course comes from Hollywood royalty because he’s Kate Hudson’s brother and Goldie Hawn’s son. (I hope she says something clarifying her stupid mask comment soon.)

Oliver recently posted a one minute video to Instagram, recorded last June, where he says he feels OK after going through a lot trying to go off his antidepressant. He was three months into weaning off Lexapro, which he called “gnarly, crushing, debilitating” and “scary.” You could tell he was downplaying it and that he wanted to share a more positive moment from that time, when he was feeling good. Here’s what he said and that video is below.

I’m compelled in this moment. I went off my Lexapro about three months ago I was on it for about five years for anxiety. It’s been really gnarly for me. It’s been crushing, debilitating, scary at times. But in this moment right now I feel good, I feel f’ing great. In an hour I might be back to wear I was but I’m going to just bathe in normalcy for a moment.

My mom spent two years weaning herself off Effexor. She was prescribed them for menopause symptoms and after several years she decided it was time to stop. She in her late 60s back then and she would take the tiny beads out of the capsules and count them with tweezers in order to very gradually reduce the dose. She still had a tough time with the side effects from reducing the medicine. Lexapro is a solid pill so it’s probably much harder to gradually reduce the dose. Antidepressants are a godsend for many people but from what I’ve heard doctors aren’t good at advising patients about how to go off of them.

It sounds like he’s doing OK now and that’s why he chose to share this. You get the impression that he’s guarded about his personal life given how low key this is and the fact that he waited eight months to post it. He has a podcast with his sister, Kate, called Sibling Revelry, where they interview famous people and their siblings. Oliver, 45, has been married to Erinn Bartlett, 48, since 2006 and they have three children together: sons Wilder, 14, and Bodhi, 12, and daughter Rio, 8.

Update: Antidepressants have helped so many people. If you are considering going on an SSRI you should talk to your doctor about it and not let stories like this be a deterrent.