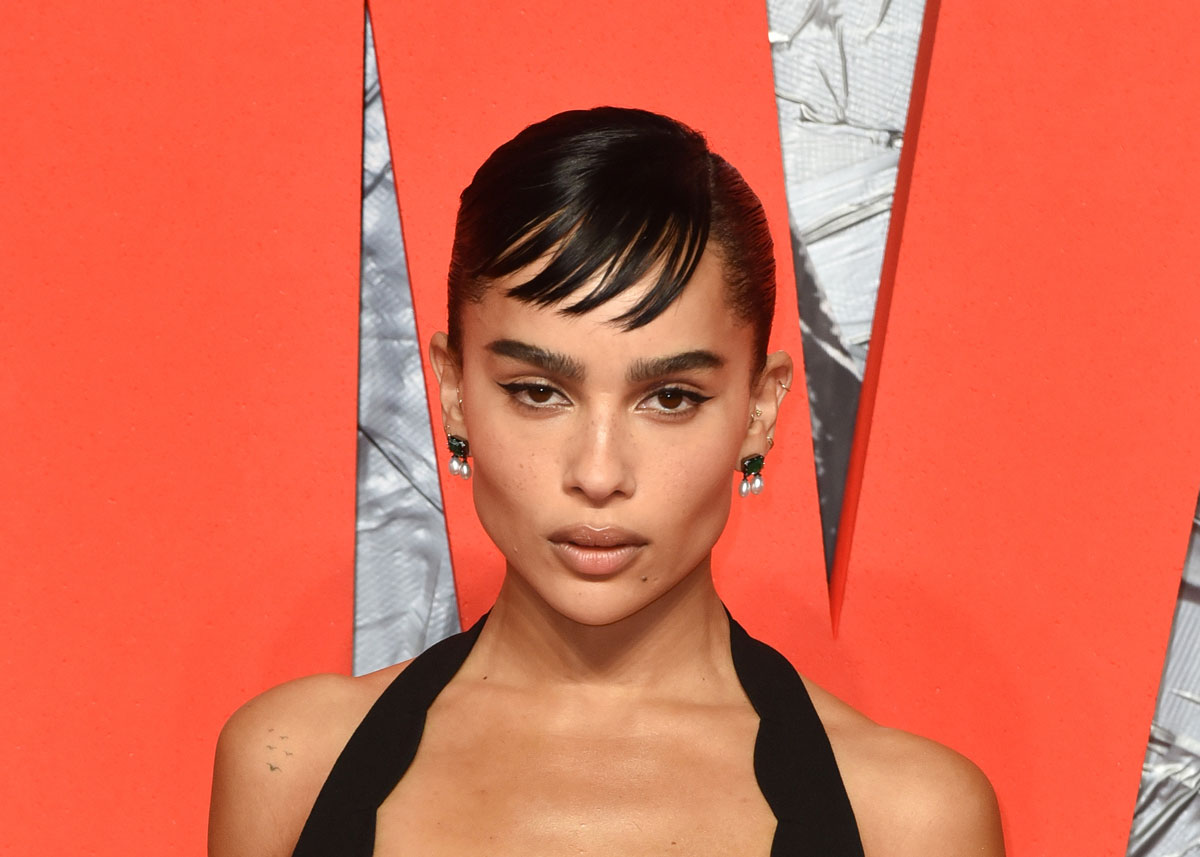 The latest iteration of The Batman came out last week. Zoe Kravitz and Robert Pattinson were everywhere promoting it (their Wonderland shoot was hot) and their work paid off because it made a lot of money. I haven’t seen it yet, but I plan to soon. I skipped the Bat-fleck movies; I liked Christian Bale’s Batman and I thought Anne Hathaway was better as Catwoman than I expected. But I’m very interested to see Rob and Zoe in those roles and their chemistry, as well as the detective aspect of this story.

Anyway, when Zoe was making the promotional rounds, she told The Guardian that just a decade ago she was told she was “too urban” to audition for The Dark Knight Rises. That’s pretty racist, but also completely unsurprising that people in Hollywood think like that and feel like it’s okay to say. But now Zoe is clarifying what she said.

Zoë Kravitz has asked people to “calm down” after comments she made about being rejected from The Dark Knight Rises were misinterpreted.

In a post on her Instagram Story on Tuesday (8 March), the actor, who plays Selina Kyle/Catwoman in the newly released The Batman, wrote: “I was NOT told I was too urban to play Catwoman in The Dark Knight Rises.

“I wanted to AUDITION for a small part in the film and was told (I do not know who said this but this is how it was worded to me) that they were not going ‘urban’ on the part. This is something I heard a lot 10 years ago – it was a very different time.”

She added: “Although I’m very glad that we are attempting to evolve – let’s all calm down – as well as fact check before we write things that are untrue.”

The furore over Kravitz’s comments came after an interview with The Observer, in which Kravitz – who is of Dominican and Jewish-American ethnicity – addressed the rejection, saying that she doesn’t know “if it came directly from [the film’s director] Chris Nolan”.

“Being a woman of colour and being an actor and being told at that time that I wasn’t able to read because of the colour of my skin, and the word ‘urban’ being thrown around like that, that was what was really hard about that moment.”

It’s unknown what role Kravitz wanted to audition for, but it’s believed to have been the one of Catwoman’s roommate Jen, who was played by Juno Temple.

Kravitz appears in new Matt Reeves film The Batman, and is the latest star to play Catwoman after Michelle Pfeiffer, Halle Berry and Anne Hathaway.

The film, which was released earlier this week, is on course to become the most-successful cinema release following the pandemic.

Her story is still the same and what was reported in The Guardian is accurate. They wrote that she “attempted to audition for the Batman film The Dark Knight Rises, but was told she was too ‘urban’ for the role.” I guess other outlets must have jumped to the conclusion that the role in question was Catwoman and she lost it only for being so “urban,” when actually it was a smaller role and she wasn’t even allowed to audition. Actually, the real story of being “too urban” (aka Black) to audition is even worse! As an aside, I thought it was interesting that The Independent made a point of describing her “Dominican and Jewish-American ethnicity,” almost as if they’re saying “but she isn’t even that Black!” (Update by Celebitchy: Thanks to those of you who are pointing out that Zoe isn’t even Dominican. The Independent is incorrect.)

When I started reading this story, I thought Zoe was clarifying something that didn’t need clarifying and maybe the studio put pressure on her to backtrack. Maybe the latter is true, but I can see why she also wouldn’t want this story to overshadow the enormous success of a movie in which she plays her biggest role to date. Also, the “Zoe finally gets a chance to play Catwoman after racist rejection” narrative is insulting, especially since it is untrue. Zoe got the role on her own, not as some sort of atonement, and clearly doesn’t want to dwell on this 2012 story. 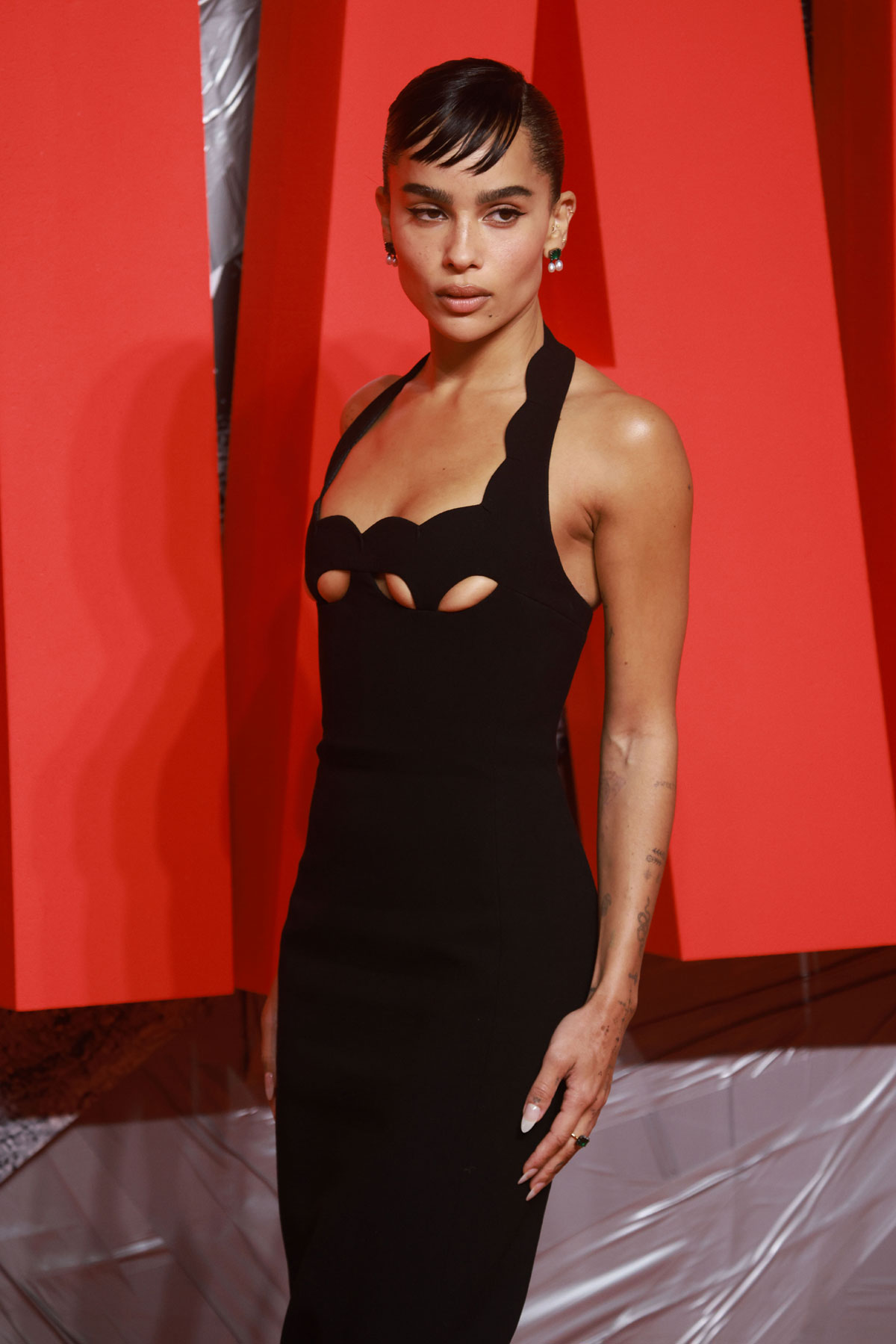