Khloe Kardashian: It’s really hurtful when ‘the woman is blamed’ for a man’s infidelities 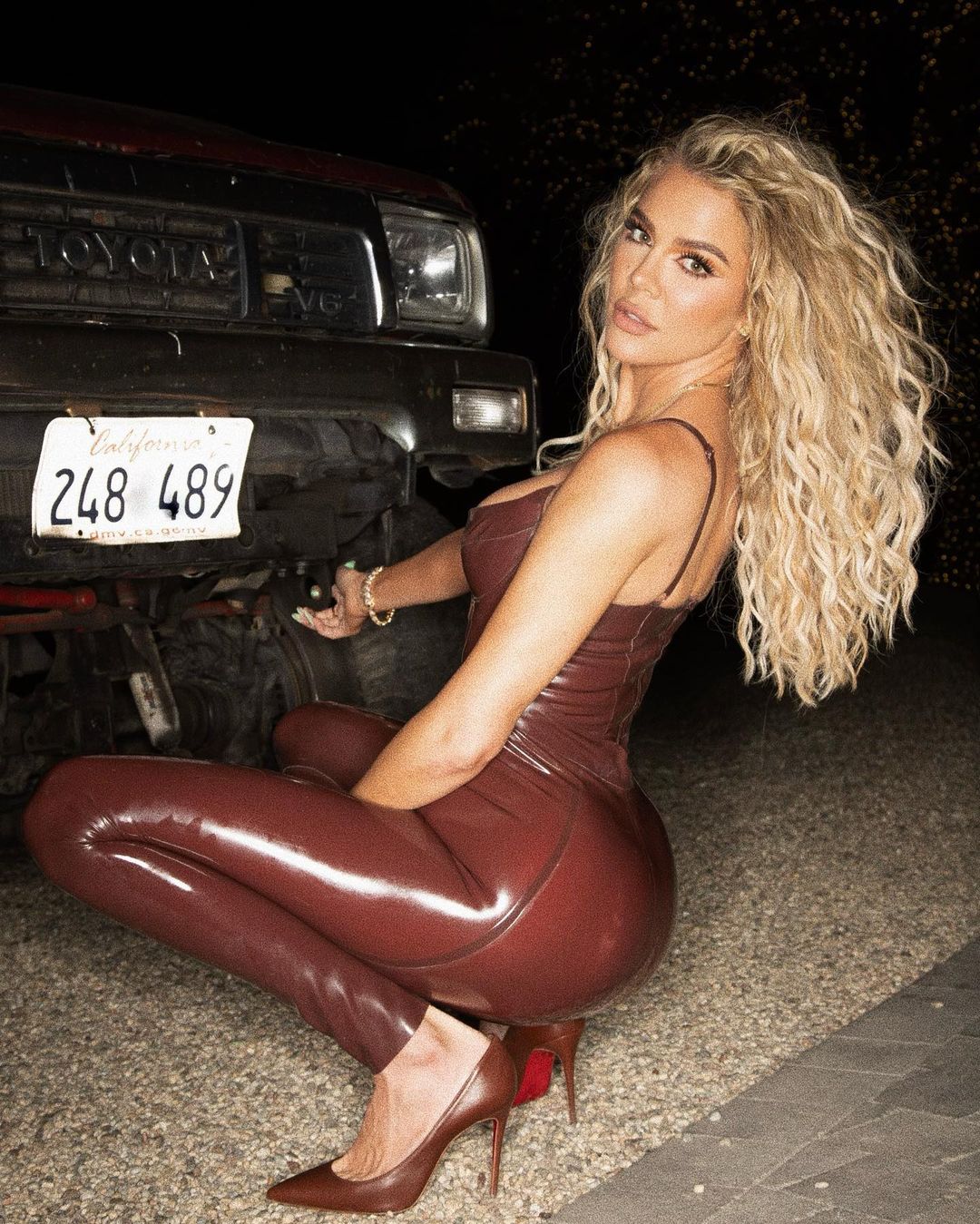 Variety’s cover story on the Kardashians was so bad. Kim’s comments about how “no one wants to work” these days dominated the headlines, but Khloe, Kris and Kourtney were also interviewed extensively ahead of the Hulu premiere of their new reality show. Khloe’s separate interview is, at times, beyond weird. Khloe acts like things just *happen* to her online and she’s completely above it, or like she’s minding her own business constantly. I guess she expects people to have short memories and not remember her ridiculous behavior (online and irl) towards Tristan Thompson’s side chicks. She also wants to gloss over the fact that she’s altered her face and body to the point where she’s been utterly unrecognizable for years. You can read the full Variety piece here. Some highlights:

People are surprised that Khloe & her sisters are hands–on mothers. “Everyone is always so surprised by that. We’re really hands-on moms. We are very present and active with our kids. Family comes before everything – that’s always been who we are, since we started on TV in our 20’s, and now, we’ve all evolved and have our own little families within our big family umbrella. It’s just who we are. It’s what makes us happy. It’s what we work hard for, so we can give them certain luxuries and have certain securities. It literally makes life worth living, having kids.

Some of the most hurtful things said about her: “I’m very vulnerable and very transparent and I’ve had my relationships in the public eye. If your significant other is doing something wrong, for the woman to be blamed, that’s always been really hurtful for me. I’ve never quite understood that instead of there being some sympathy or like, “Wow, that must really suck to have to go through that.” And not only go through it, but then go through it so publicly. I don’t even care if people have sympathy. I just don’t understand why there’s so much finger pointing – like it must be me. That’s a heavy thing to carry.

She’s obsessed with the idea that she’s “blamed” for Tristan’s cheating: “Everyone has their problems, so you don’t have to point the finger at anyone, but to make it the woman’s responsibility, it’s really sad. And it says a lot about our society that people would rather spew venom, as opposed to some sort of sensitivity or compassion, or just nothing at all. There is also a way to report something that’s happening without making somebody that reason why it happened. You don’t have to point the finger really at anyone. I just think the media has to be more responsible, but they’re so desperate click bait, I guess. It’s sad and it puts so much on the women’s shoulders emotionally. It’s a big burden to carry, and I don’t think people realize what it does psychologically to the women. And the men, it’s almost like another notch on their belt because they’re kind of celebrated in a way. But this is nothing new. It’s always been the boys’ club. I feel like it’s been like this for quite a long time.

The Tristan Thompson situation will be in the Hulu show: “It will be addressed on the show. We try as a family to protect the privacy of our partners or significant others, since they didn’t really sign up for this; we did. But if something is really public like this was, it would be strange if Tristan was a part of the show and then all of a sudden he disappears and we don’t ever talk about it. Viewers will almost feel slighted, like we aren’t sharing things and it’s not as real. So yes, we do address it. I always try to be as respectful as possible, but it is reality. But it’s not going to be some long, drawn-out situation. I think people are probably a little tired of it.

What?? “If your significant other is doing something wrong, for the woman to be blamed, that’s always been really hurtful for me.” Khloe, you are the one BLAMING THE OTHER WOMEN. For years, Khloe gave Tristan a pass on his compulsive infidelities and she truly blamed Jordyn Woods and all of the rest of them. Khloe cyberstalked them and threatened them. Khloe orchestrated what amounted to a full-blown smear campaign against Jordyn. Now, I will say this – Khloe was sort of blamed for Tristan’s sh-t too, but it was more like “honey, you know he’s a cheater, how many times are you going to act like all of this sh-t is a surprise?”

43 Responses to “Khloe Kardashian: It’s really hurtful when ‘the woman is blamed’ for a man’s infidelities”