Annie Lennox responds to viral tweet of her photo: Ageing but still raging 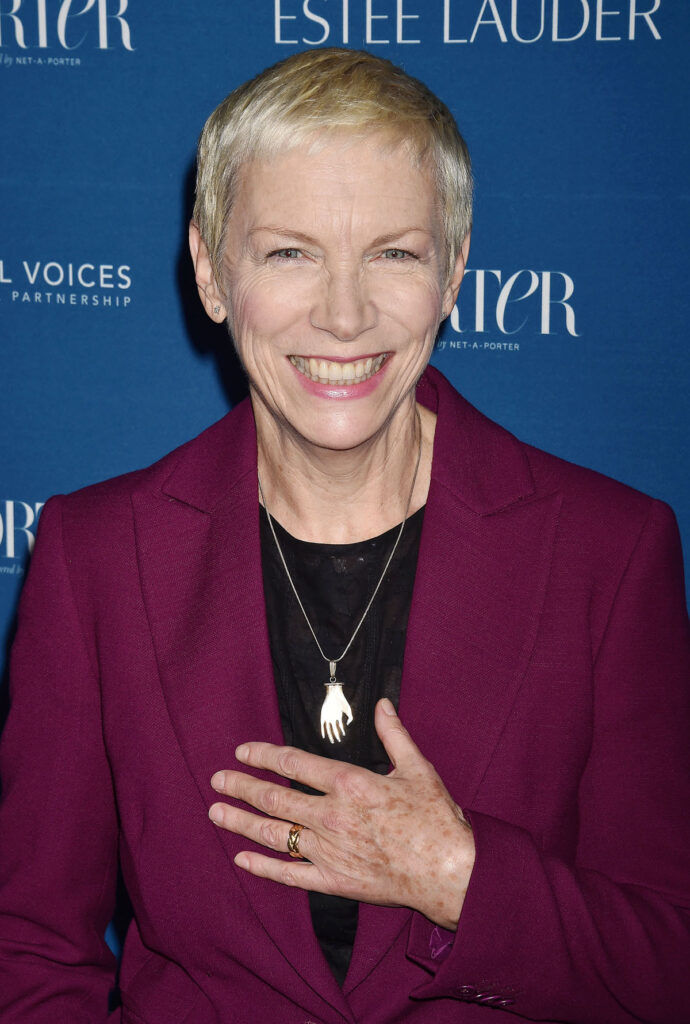 I don’t know if you saw this but on Saturday a man named Jason Strummer posted this photo of musician Annie Lennox to Twitter:

Without looking it up – who is this? pic.twitter.com/6kqSrnmGLA

I’ve seen similar memes passed around with various stars. People get very clever in their responses. Emily Chambers from The Gist had the best response for Annie, as far as I’m concerned. Like Emily, I usually see these as homages to both the person they’ve posted and the generation from which they were popular. Many of Annie’s fans took Jason’s question as a dig at Annie’s appearance and came to her defense. Annie herself heard the commotion and decided to respond. She took another selfie (below) of herself with a cute pixie cut, wearing clear-framed glasses, hanging out in a tree. She posted it to Instagram with the following caption:

Greetings Jason Strummer! ( any relation to the late great Joe?) Apparently you created a twitter trend with your inquiry as to who this person was… THIS person.. 😂!! So can you tell the difference between the person in camouflage and the plant?? Ah HA!!! Let’s create another twitter storm shall we?!!! )Ageing but still raging! Blessings and love…
🇺🇦 🇺🇦 🇺🇦

I might have to adopt the ‘Ageing but still raging’ line into my lexicon. Annie is 67. She is beautiful. She has always been beautiful and continues to be beautiful. If anything, I’m jealous that a 67-year-old is so much better at their selfie game than I am. I very much support the idea of women reminding the world that aging is beauty and the less parameters (like ‘for her age’) we put on it, the better. Annie is a beautiful pixie-sporting, tree-camouflaging, 67-year-old. Rock on. Can’t wait to see her 75-year-old selfie.

As for Jason, he has been posting celebs – male and female – and asking this question long before Annie. Generally, though, the photos are the celeb in their youth. I think that’s why people got upset about Annie’s pic. I guess they thought he was commenting on how she looks nothing like her former self, but I really don’t think he was. I scrolled though his feed, he seems like a decent guy. This is an on-going game of guess-that-celeb. All the photos bear some resemblance to the person but don’t give it away and they are all pretty flattering photos, like Annie’s was. His response sounds like he thought Annie joined in the fun: “I’m gobsmacked. Annie Lennox spoke my name. I’m kinda shaking. Thank you so much for this. I will be setting up an Instagram so I can respond. Wow.” I hope she saw how many people were excited to have her grace their Twitter feed. The real takeaway is that clearly we haven’t had enough Annie in our lives lately. Maybe if Eurythmics make into the Rock and Roll Hall of Fame, we’ll get to see her beautiful mug raging as promised. 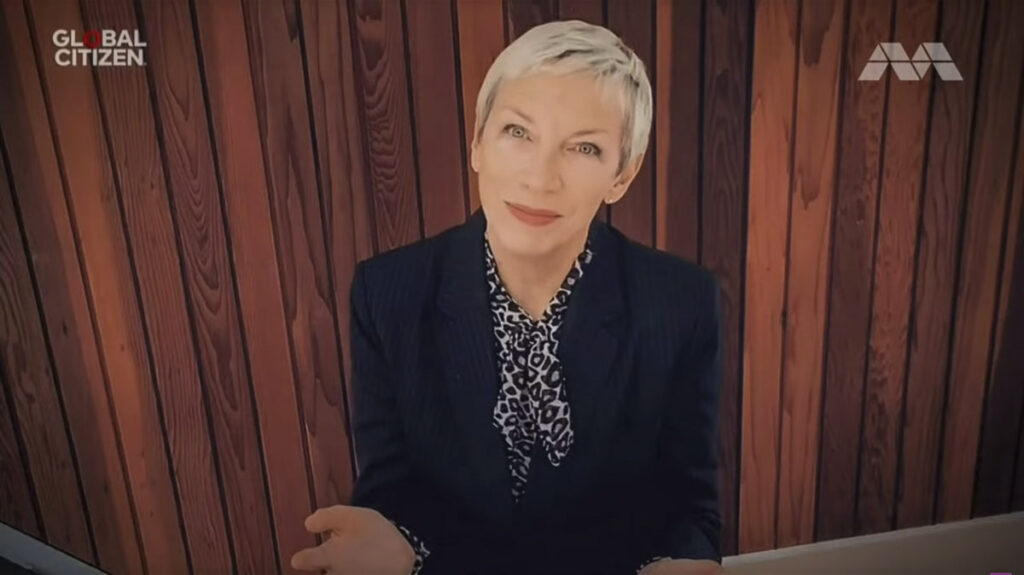 29 Responses to “Annie Lennox responds to viral tweet of her photo: Ageing but still raging”