Maren Morris on recognizing depression: Sometimes it’s someone saying are you OK?

Maren Morris’ new album, Humble Quest, drops on Friday. Like most of us, Maren struggled with the long stretch of the pandemic. To complicate things, Maren, who had her son Hayes in March 2020, was also struggling with post-partum depression. Only she didn’t know it and it took her therapist and husband to help her realize what was going on. Fortunately, she did figure it out and got help. But she’s looking out for others who may be going through the same thing. She wants folks to know that sometimes all it takes is asking if they’re “ok” to get to the root of a problem.

Maren Morris is opening up about her mental health and her marriage.

In the new issue of PEOPLE, the “Circles Around This Town” singer reveals that her husband, fellow singer-songwriter Ryan Hurd, helped diagnose her postpartum depression after welcoming their son Hayes Andrew in March 2020.

“I do check-ins all the time [with] therapy, which I’ve done for years, and my husband was a huge help diagnosing that too,” Morris, 31, says of her postpartum depression, which began to ease as Hayes turned 6 months. “Sometimes it’s just someone really close to you saying, ‘Are you OK?’ It’s so simple, but it kind of snaps you out of whatever fog you’re in that you think is normal, but isn’t.”

Between her postpartum depression and the weight of the pandemic, Morris — whose new album Humble Quest drops Friday — is more cognizant about her mental health than ever.

“I’m pretty sure everyone in lockdown and this pandemic has had to do a temperature check on their mental health, and maybe it’ll become a more perpetual practice going forward because of these two years — I hope it is,” she says. “I just think there’s not a stigma as much around talking about it and reaching out for help. It’s been such an amazing thing to know that I haven’t been alone in this, that other women have all been dealing with the same exact fears and anxieties; even just knowing that if I wake up in the middle of the night with a panic attack, I know that I’m not the only one.”

“Sometimes it’s just someone really close to you saying, ‘Are you OK?’ It’s so simple, but it kind of snaps you out of whatever fog you’re in that you think is normal, but isn’t.” This might sound over-simplified, but I get where she’s coming from. One of the things about depression is you think nobody notices, either because you’re trying to hide it or because you’re in the stage of feeling invisible to the world. It’s dangerous, because it allows you to sink lower. Somebody close asking “are you ok?” can let you know that you are presenting symptoms, and that you’re seen. As Maren said, sometimes that can be the thing to pull you back.

I agree with Maren that I think the pandemic changed how people look at their mental health. Not only did we observe each other much more closely, there were so many more pressures on all of us. All of that, compounded with the issues igniting around us, made people shrug off the grin and bear it ideology. Even if it’ s just a phone call to a friend, a rant on social media or saying the bad stuff out loud. It’s healthy and I’m glad we’re evolving in this direction.

Back to the “are you OK?” quote from Maren, I want to end on that because I cannot emphasize enough how much that means to someone who’s hurting. They may not be able to answer completely, but the fact that you asked will mean something to them. I promise. 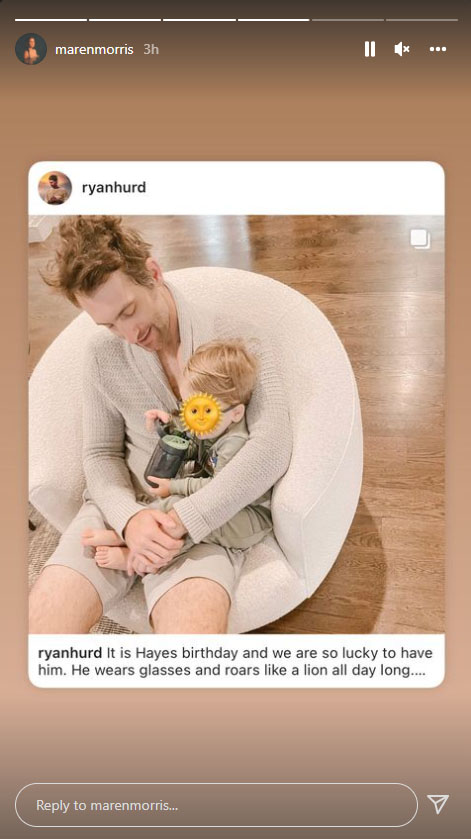 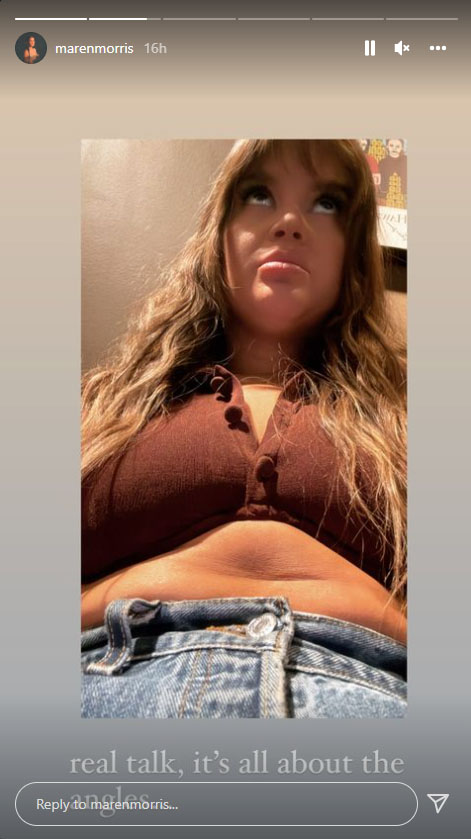 5 Responses to “Maren Morris on recognizing depression: Sometimes it’s someone saying are you OK?”