Fran Drescher on using dating apps: ‘None of the guys seemed to be honest’ 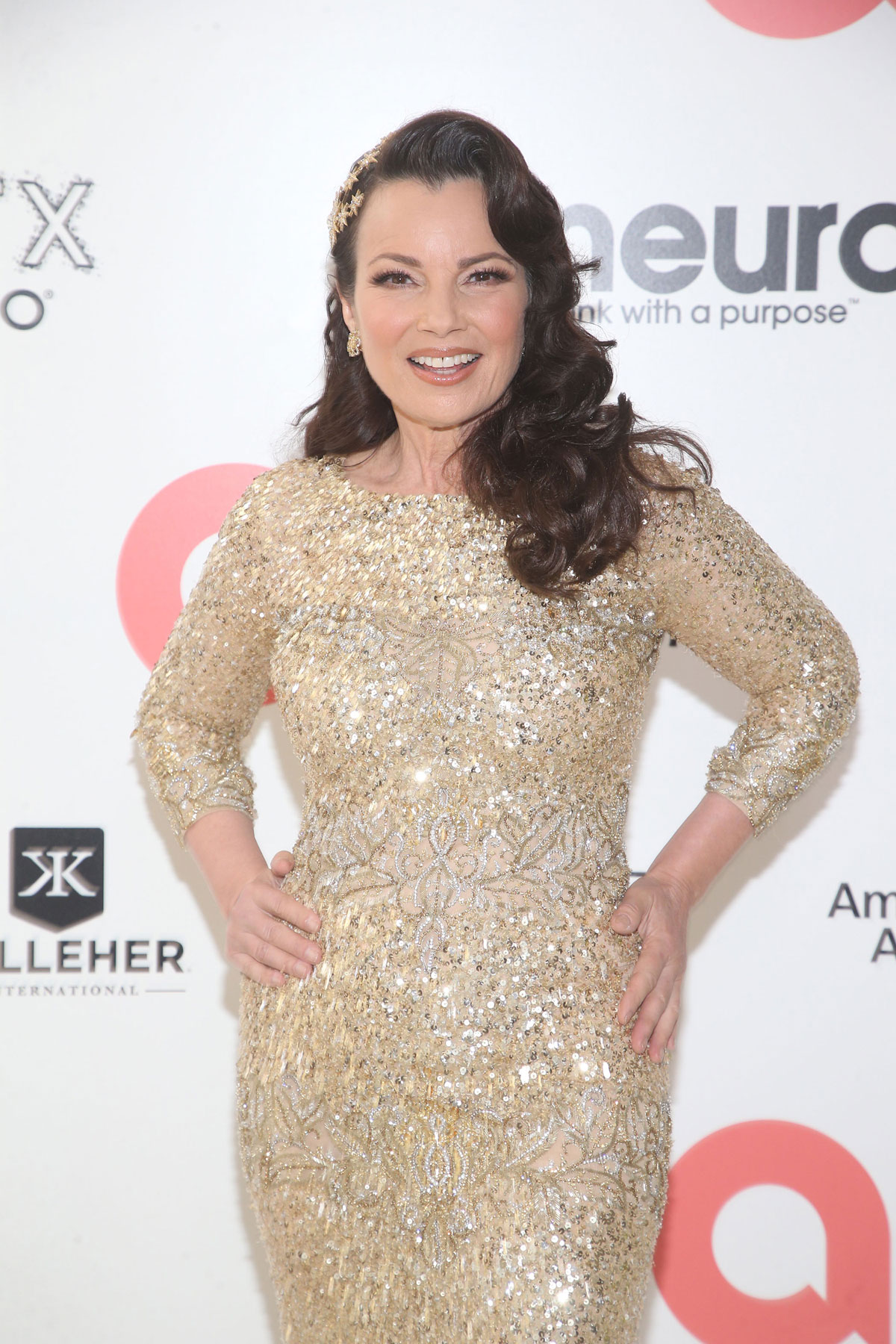 Fran Drescher guest-starred on a recent episode of Mr. Mayor, Ted Danson’s latest NBC sitcom. She played a love interest, who was dating around after her divorce. Fran has been married a couple of times. She married her high school sweetheart at a young age and they were together for years. After they divorced in the late 90s, he came out as gay and they’re still quite close and work together. She later was married for a couple of years to an engineer and wannabe politician named Shiva Ayyadurai. Um, I’ll let his Wikipedia page speak for itself.

Like her Mr. Mayor character, Fran is dating around and has been for a couple of years. And she has thoughts on the world of dating apps and the many, ah, personalities that populate them. Stars, they’re just like us!

Drescher plays Angelica, a famed TV commercial actress, who has a fling with Danson’s character.

“I loved that the character that they wrote for me was kind of out there and sexy and free and living her life her way,” Drescher explained. “It’s not the norm that they write a woman who’s 60 necessarily that way. So I really responded very favorably to that.”

Unfortunately for Danson’s character, Angelica is on a post-breakup “trampage” of one-night stands. Drescher admits she can “without question” relate to the character’s situation.

“I mean, not right now in my life,” she said, “but you know when I first got divorced and I was in my early 40s, forget about it. I was like the animal let out of the zoo.”

“I’ve been on dates with guys who we got into a fight about how we would raise this imaginary kid that we were never gonna have because we clearly were completely different people who would have different styles of parenting,” the SAG-AFTRA president shared. “Anybody that ever says anything that even suggests or hints at any kind of prejudice of anybody, that is like, ‘OK I have a headache, we’re not even gonna order dinner.'”

When it comes to online dating, Drescher revealed, “I tried one app once and I found that none of the guys seemed to be honest about how they presented themselves. They weren’t as successful as their profile suggested, some of them smoked.”

She continued, “All in all I think that they kind of fudge their age, they fudge their accomplishments. And although I’ve been with guys who weren’t as successful as I am, I’ve learned the hard way that it’s fun for a while but then but then eventually they begin to resent you for paying for everything and for having more than they have and for being more successful than they are. It starts to chip away at the male ego. So I’m not gonna do that anymore because it’s too painful for me. I don’t wanna be resented for my success.”

Drescher concluded, “I think I’m at a place right now where I’m just beginning to want to stick my toe back in the water and put the word out there to look for me. After my last relationship and certainly through COVID, [I went through] a period where I kind of got more into having a relationship with myself and that’s been going very well.”

Arguing with a date about a hypothetical kid is a bit hilarious, especially if it was soon after meeting. Otherwise, what she said rings so true. Maybe some people lie out of insecurity, but it’s really just a sign their intentions aren’t pure and they’re looking for a little hit it and quit it. Story time! I also once went out with a guy who lied about his age — and his first name. He was listed as [K-name] Smith, 31, and I went out with him and he was late and totally annoying and overly touchy, but not hot enough to make it work. A couple of days later, I looked back at our thread to see if he’d unmatched me and noticed his K-name was now spelled with a C. Reverse Kardashian, hm. So I Googled his phone number, and discovered that while his surname was truly Smith, he had a completely different first (and middle) name that also started with a C and he was 34! While I at first use a Google voice number and a shortened version of my uncommon first name for safety reasons, I never outright lie! And since I was 28, he was definitely lying about his age to appeal to women in their early-mid 20s. Anyway, I waited for him to text me again (he did), gave him an opportunity to tell the truth (he didn’t), then declined a second date and called him out. So the moral of the story is don’t be dumb enough to give someone your real number if you want to lie about your name and age.

I think a lot of people who weren’t already in a relationship before covid began are getting back out there now and ready to start dating again. So what Fran says is also relatable in that sense. The only place she lost me is when she talked about the male ego and being resented for her success. Though I also like to date men with a similar accomplishment level to mine, I would like the opportunity to be resented for my success at least once. 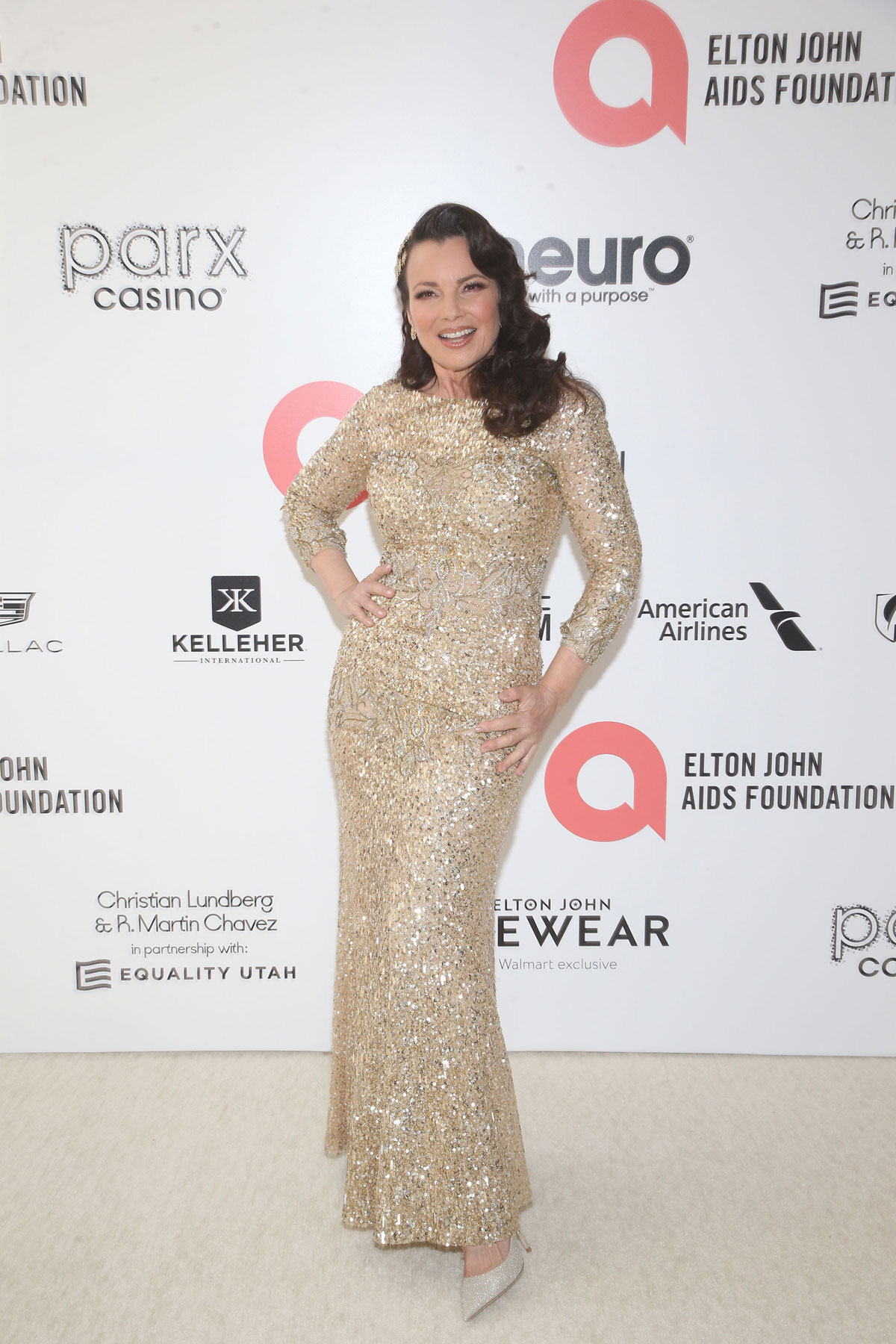 16 Responses to “Fran Drescher on using dating apps: ‘None of the guys seemed to be honest’”