Oscar Isaac: ‘Marvel has taken the place of big comedies…in the theater’ 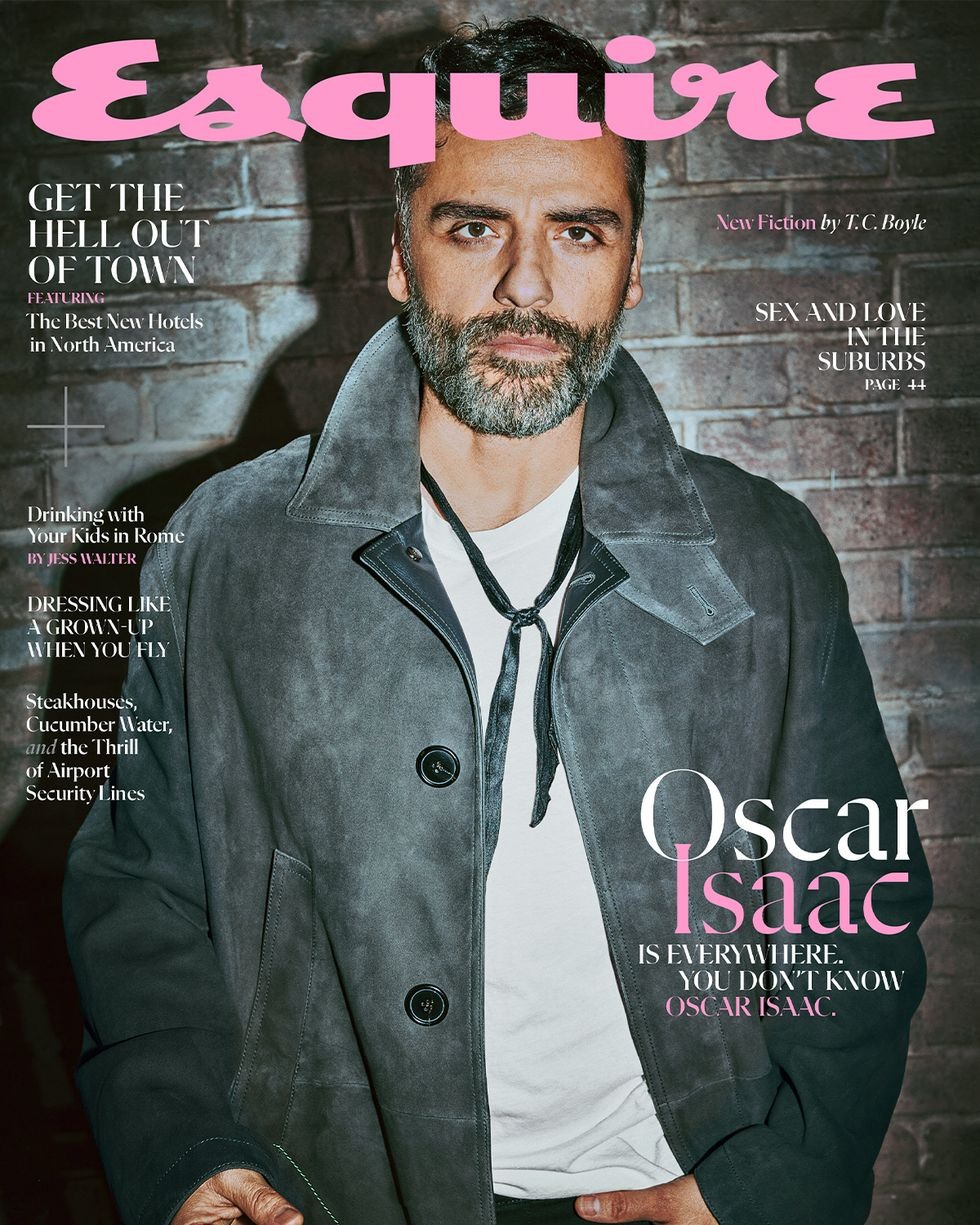 Oscar Isaac covers the latest issue of Esquire, mainly promoting Moon Knight, his Marvel limited series. I’ve read Oscar’s interviews before, and I’ve come away with the impression that he’s one of those actors who doesn’t want to be known, he wants to keep things hidden away so that he can completely absorb himself in his work, and help the audience absorb his work. But, you know, things change. He’s 43 years old, he’s a husband and father of two, and he doesn’t mind talking about real sh-t these days. This Esquire piece is very good! He speaks a lot about his childhood, his parents, losing his mother, losing and trying to regain his faith, and whether Marvel’s dominance is a good thing. Some highlights:

The outsider: “I’ve always felt like an outsider. Literally, and then emotionally, psychologically. I always felt like I was observing life and not actually experiencing it. There was a lot of guilt with that sometimes—feeling like I was a vulture of my own life.”

Marvel’s importance in the industry: “Marvel has taken the place of big comedies, to a certain extent, in the theater. There was a time when you’d go and watch the big comedies. You’d watch Hangover, you’d watch all the great Judd Apatow films. And now it feels like these are the movies that people go to, to have a really good time and to laugh. These superhero movies, particularly the Marvel movies—exclusively the Marvel movies. That’s a really important element. But tonally, what Downey started—which was just amazing—was kind of the slightly self-referential, really cynical, but beautiful character. If you go back and watch that first Iron Man, that thing’s got teeth.”

Moon Knight is about life & mental illness: “It’s a celebration of the power of the human mind. It’s basically saying, We have a superpower and it’s the human brain, particularly for those who deal with trauma and sustained abuse. There’s this thing that the brain can do to allow them to survive. My uncle suffered with mental-health issues. He started crying watching an episode of Moon Knight because, I think, it just felt like being seen. There was something there that felt like an acknowledgment of the pain and what people do with pain, and the forgiveness, of how you forgive yourself, and how to come to terms with the child within you.”

His late mother: “For me, she was unconditional love. And when she died, it felt like God died, too.”

Losing his religion after an oppressively evangelical upbringing: “I’m trying to move back to a sense of something bigger than myself. There’s obvious beauty and importance and connection in spirituality, but man, can it get hijacked.”

The new Victorians: “In a way, we’re living in an almost Victorian time. It’s not about what you really believe. It’s about what you’re going to get called out on. I even noticed when I did four productions during Covid, and even the Covid protocols were all vastly different from production to production, because it wasn’t really about safety. It was about liability, right? It was about, What might we be called out on if there’s an outbreak, if this person gets sick, if that person gets sick? So it depended on who was running the show and how f–king crazy they were and how much they wanted to defend their position in their job. Then within that, of course there’s safety and we want to do the right thing and we don’t want people to get sick. But that’s not what it was really about.”

The conversation about Victorianism is fascinating. The background, within the profile, is Oscar Isaac talking about his dream project, doing Lorraine Hansbury’s The Sign in Sidney Brustein’s Window on stage, and what the play is about. The idea that even a politically and socially liberal bohemian would have “Victorian” urges, and the point of it was that the Victorians were just as dirty and messy as everybody else, they just didn’t show it publicly. It wasn’t about having Victorian purity, it was about showing and performing Victorian purity. Which goes back to Oscar’s point that so much of the world is performative now – instead of doing something on its merits, because it needs to be done and it’s the right thing to do, we do things that look good, we perform our roles so that people will believe we’re a certain way.

35 Responses to “Oscar Isaac: ‘Marvel has taken the place of big comedies…in the theater’”