Mads Mikkelsen: In Hollywood, ‘everybody tries their best not to be a diva’ 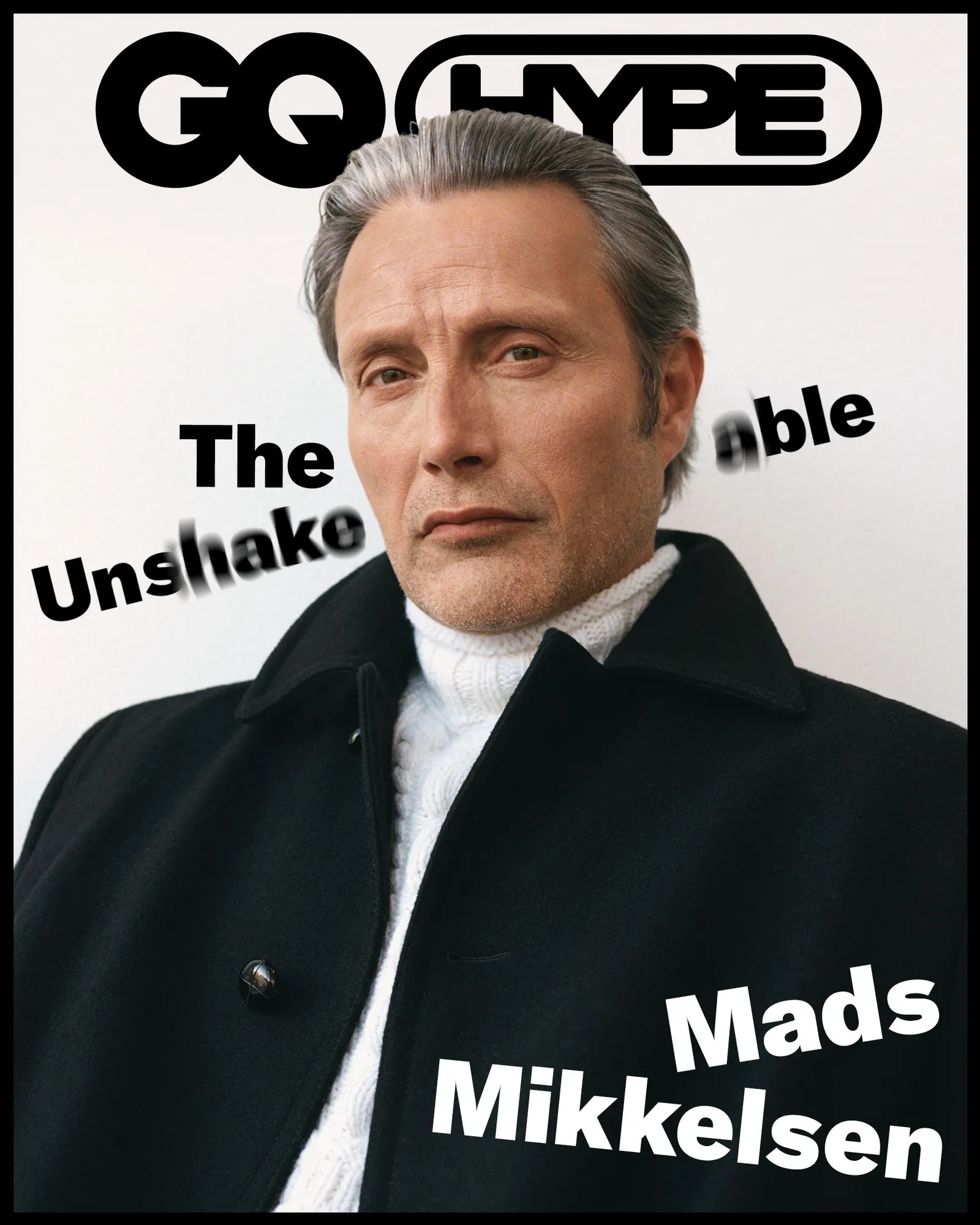 Mads Mikkelsen was a recent cover story for GQ Hype, which is the digital magazine for British GQ. He’s promoting the latest Fantastic Beasts movie, because he took over the Grindelwald role from Johnny Depp when Depp got sh-tcanned. I don’t care about any of that, nor do I care about the Fantastic Beasts franchise. I am just here to enjoy Mads, who is a wonderful actor and an offbeat Danish dude. Maybe he’s not offbeat in Denmark, but he’s definitely an oddity in Hollywood – a man who largely rejects the trappings of fame, a man who prefers to do small Danish films rather than blockbusters? A man who works hard but doesn’t live to work? Bonkers! Anyway, I enjoyed the heck out of this interview! Some highlights:

His Hannibal fans: “The hardcore Fannibals, that’s a different world. There can be some Beatles screaming.”

In Hollywood, word travels fast of bad behavior: “Everybody tries their best not to be a diva, they go the extra mile to be the nicest people – it becomes too much, sometimes. You would probably find more a–holes driving buses.”

He isn’t a Method actor: He does not watch Succession and was not aware of the reported revival led by Jeremy Strong and Lady Gaga (who says she didn’t break character for the entirety of the House of Gucci production) – but his response is immediate: “It’s bullsh-t.” He is meticulous in preparing for roles, “But preparation, you can take into insanity. What if it’s a sh-t film – what do you think you achieved? Am I impressed that you didn’t drop character? You should have dropped it from the beginning! How do you prepare for a serial killer? You gonna spend two years checking it out?”

He wishes he could annoy an actor like Daniel Day-Lewis: “I would have the time of my life, just breaking down the character constantly.” He puts on a prissy voice: “‘I’m having a cigarette? This is from 2020, it’s not from 1870 – can you live with it?’ It’s just pretentious. Daniel Day-Lewis is a great actor. But it’s got nothing to do with this.”

Mikkelsen blames conflating stunts with skill: “The media goes, ‘Oh my god, he took it so seriously, therefore he must be fantastic; let’s give him an award.’ Then that’s the talk, and everybody knows about it, and it becomes a thing.”

On JK Rowling & transphobia: Mikkelsen is wary of judging Rowling for her views: “People treat it a little flippantly, like, ‘Isn’t that a disgrace?’ And every time you ask somebody, you can’t really figure out what she said. But if the reaction is that crazy, we have to be very careful that we know what we’re talking about.” But, he emphasises, he has not read Rowling’s 5000-word blog, and is not familiar with her views. “I have a habit of not commenting on things that I don’t know anything about, and I actually think that that would suit the entire world. I don’t know what the solution is. No hateful rhetoric towards either women or trans [people] – that’s a good start. But we have to be honest – and it seems to me, when you turn science into ideology, and politics into science, then you’re not talking from an honest place. And I think that’s muddying the waters regarding what side you’re on, and rarely leads to anywhere good.”

Not everything is political: “There’s just this desire now to make everything political – everything, every film you make. You’re always being asked: ‘Is this a comment on this?’ No, it’s not! There is such a thing that is more interesting: human beings, human souls, human interactions. It’s the easiest thing in the world to make a film that has this side, and that side.”

“It’s the easiest thing in the world to make a film that has this side, and that side” – he’s sort of right? Anyone can make a film with a political point of view, but it’s more interesting to see characterization, storytelling, and an actual plot. Also: have you guys noticed the trend this year for other actors to bash Method actors? It’s becoming a thing! I wonder if actors are really tired of the “I vomited every day and lived with bears to become this character” sh-t among their peers. 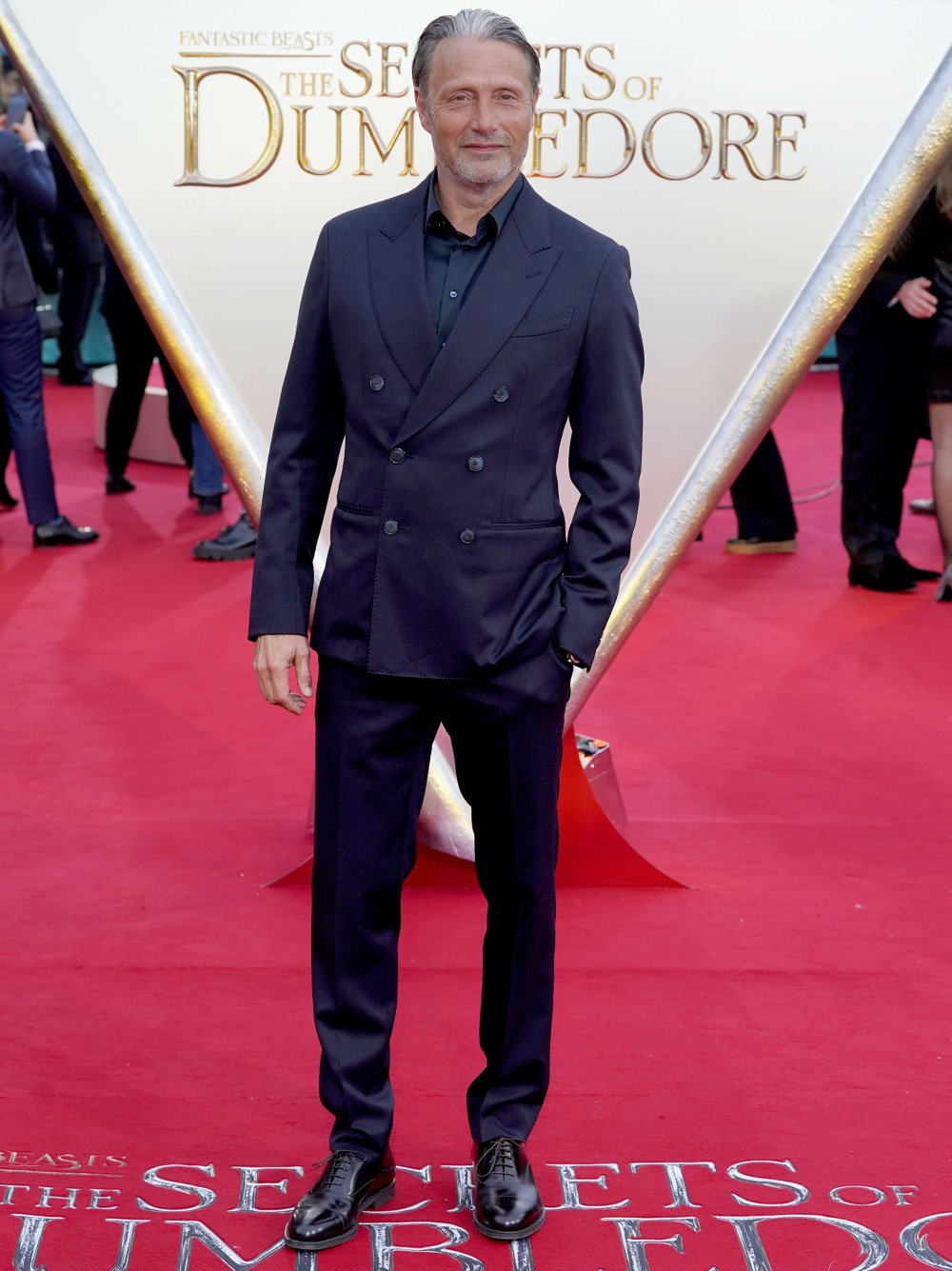 Photos courtesy of Instar and Backgrid.

North America Rights Only – London, UK -20220329-Fantastic Beasts The Secrets of Dumbledore World Premiere at the Royal Festival Hall -PICTURED: Mads Mikkelsen -PHOTO by: Ian West/PA Images/INSTARimages.com Disclaimer: This is an editorial, rights-managed image. Please contact INSTAR Images for licensing fee and rights information at sales@instarimages.com or call +1 212 414 0207. This image may not be published in any way that is, or might be deemed to be, defamatory, libelous, pornographic, or obscene. Please consult our sales department for any clarification needed prior to publication and use. INSTAR Images reserves the right to pursue unauthorized users of this material. If you are in violation of our intellectual property rights or copyright you may be liable for damages, loss of income, any profits you derive from the unauthorized use of this material and, where appropriate, the cost of collection and/or any statutory damages awarded For images containing underage children: Be advised that some Countries may have restricted privacy laws against publishing images of underage children. Inform yourself! Underage children may need to be removed or have their face pixelated before publishing

35 Responses to “Mads Mikkelsen: In Hollywood, ‘everybody tries their best not to be a diva’”