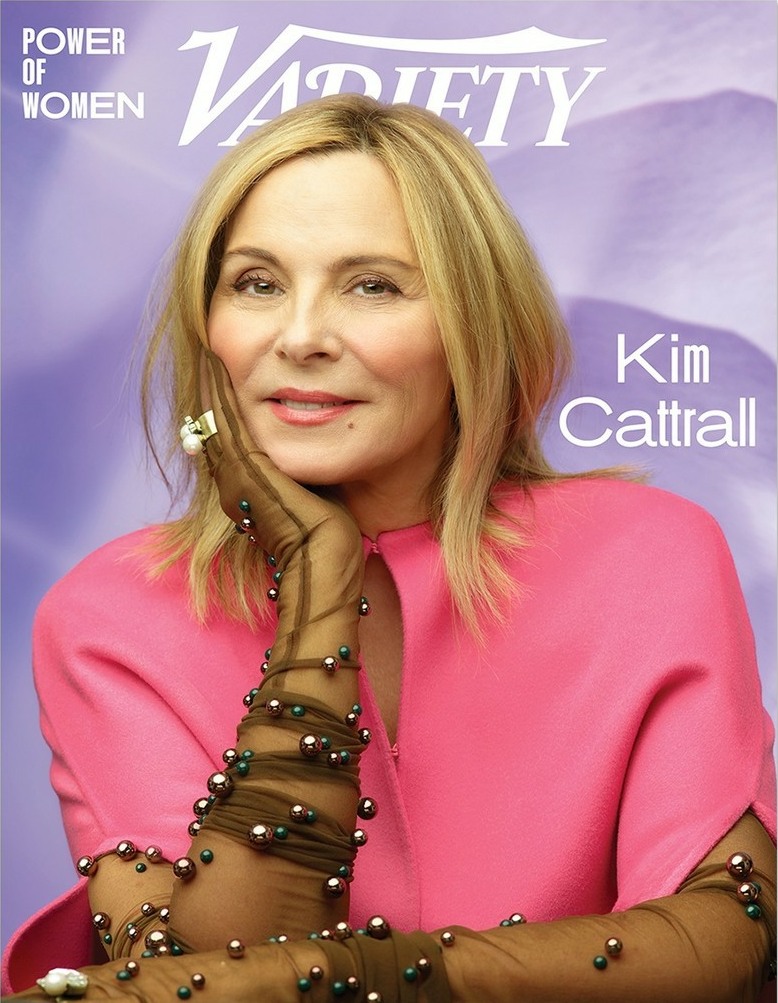 Kim Cattrall is one of Variety’s Power of Women cover subjects. She’s having a full-blown career renaissance these days, scoring interesting supporting roles all over the place. She’s part of the reboot of Queer as Folk, she plays the “older” version of Hilary Duff in How I Met Your Father, and she’s in a new movie with Robert DeNiro. And with all of that, the bulk of this Variety interview is devoted to how she feels about Sex and the City and the new series And Just Like That, which is SATC-without-Samantha. While Kim left the series “clean” by saying no to the proposed third movie, there were bad feelings all around, especially between Sarah Jessica Parker and Kim. Kim said no to the third SATC movie because they were making Samantha’s plotlines so stupid. SJP slimed Kim in the media, trying to act like it was Kim’s responsibility to do the film no matter what. I still think SJP is such an a–hole for the way she behaved. Anyway, Kim is over it. But not so over it that she won’t spill some fun and sad tea with Variety.

Her Power of Women Award honors The Actors Fund: “It’s so filled with shame if you’re not working or you’re not wanted. Thank God I turned 65 and went on Medicare and I have a nest egg. But that’s scary, how vulnerable you could be.”

What happened to her during the pandemic: “I voted and I lost my health insurance. I’m a true American.

She still feels like Samantha is still with her: “Oh yes. Because parts of her are with me. I played her, and I loved her. I felt ultimately protective of her.. I would never want to look back on that with anything other than pride. That I did that, that it existed. I don’t know how I did it sometimes, because it was really scary…I felt like it was a show about single women. I felt like I was now cast as a cougar, which became not as positive as other aspects. People say, “You coined it.” I didn’t feel that was part of my character. There was never a desperation; it was always on her terms, which I loved.”

Whether she was asked to appear in ‘And Just Like That …’: “I was never asked to be part of the reboot. I made my feelings clear after the possible third movie, so I found out about it like everyone else did — on social media.

Her take on AJLT: “The series is basically the third movie. That’s how creative it was.

She said no to the third movie because it involved Samantha getting d–k pics from Brady: “It’s heartbreaking. Why can’t Samantha, who owns her PR company — maybe she had to sell it because of financial woes? 2008 was tough. Some people are still recovering. She had to sell it to some guy who’s wearing a hoodie, and that’s the dilemma she has. I mean that’s a scenario that was kind of off the top of one of my reps’ heads, and I thought that’s a great idea. That’s a conflict. Instead of an underage boy’s …

Ultimately, she was ready to say goodbye to Samantha: “I would have preferred for all of us to have some kind of event to warrant a third film. That didn’t happen. But also, I was ready. And this is exactly what I wished for: to be in different places playing different characters because I’m a character actress. And as difficult as it was, and as scary as it is to stand up and not be bullied by the press or the fans or whomever — to just say, I’m good. I’m on this track. It was so great working with you. I so enjoyed it, but I’m over here.

How she felt during the second SATC movie: “Everything in me went, “I’m done.”

On SJP saying she wouldn’t be okay with Kim coming back to the series: “Well, it would never happen anyway. So nobody has to worry about that.”

Whether she watched AJLT: “I certainly heard about it. And I’ve come to the conclusion that really the greatest compliment I could have as an actor is to be missed.

All this talk about SATC & AJLT: “This feels like an echo of the past. Other than the really wonderful feeling of — it’s rare in my business — people wanting more, especially at 65. That feels powerful, that I’ve left something behind that I’m so proud of. I loved her. I loved her so, so, so much. It’s tough competition. The original show is in all of our imaginations. But for me, it feels clean. Yeah, it was years ago. It was 2017 when all this was happening. I just thought to myself, “No, this is right.” And you can’t go against that feeling. I don’t ever want to be on a set and not want to be there.

Whether she was friends with her SATC costars: “I guess it’s how you define friends. I think we were colleagues. My colleagues aren’t my friends. It was professional.

She sounds mature. It’s not about her age, it’s about her world view and professional goals. She’s still a working actress, she considers herself a character actress, and she wanted to just move on. She admits that she probably would have said yes to a third film if they were doing something better and more interesting with Samantha, but they weren’t interested in her notes and so she said buh-bye. I laughed at “Well, it would never happen anyway. So nobody has to worry about that” and “The series is basically the third movie. That’s how creative it was.” I love her. 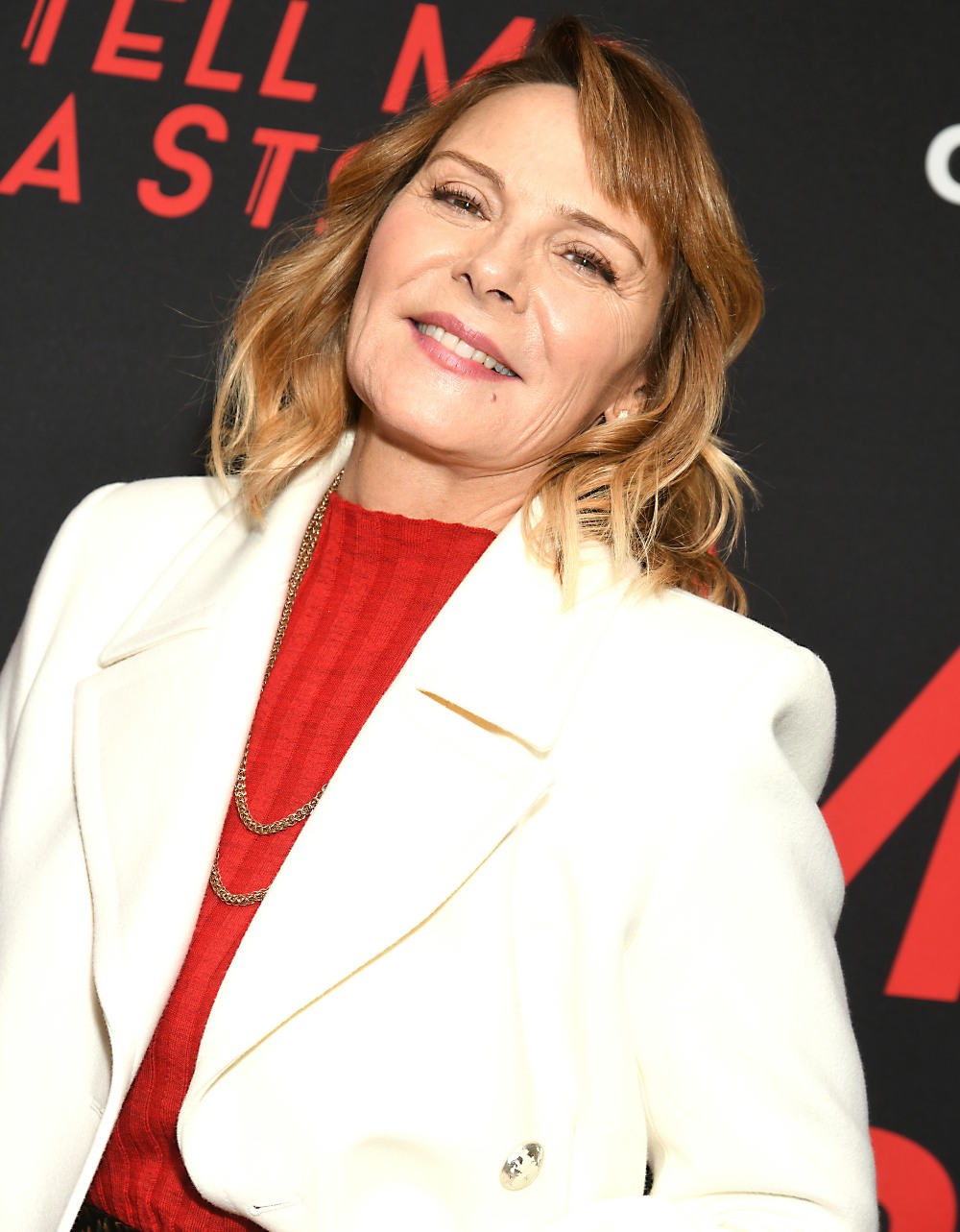