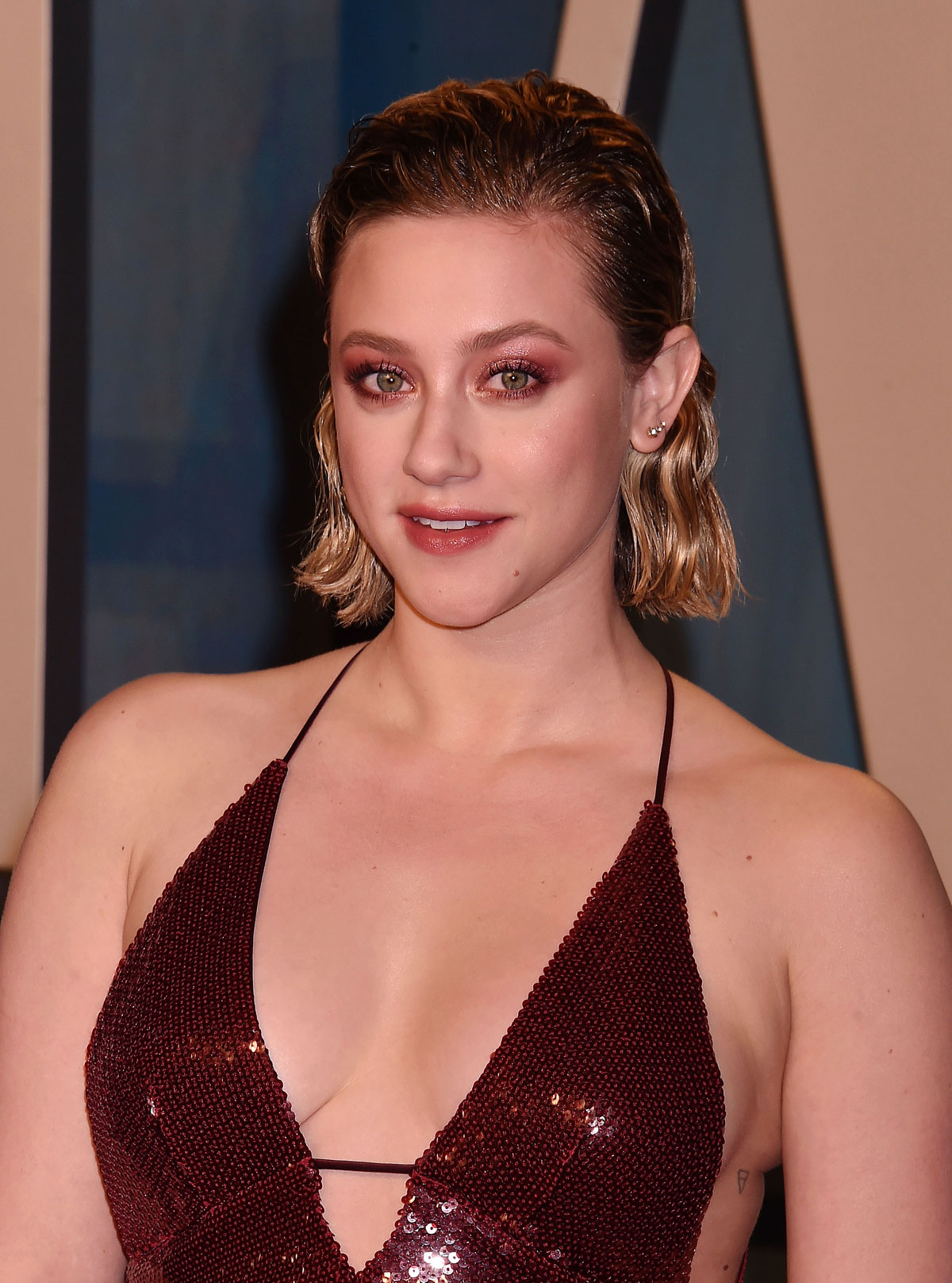 Lili Reinhart has been vocal over the years about body image and the unrealistic/unfair exceptions placed on women. She seems to truly emphasize health and feeling good over just aiming for thinness. Lili didn’t go the to Met Gala this year, but she did judge the fashion from home like the rest of us. And she was really bothered by the lengths to which Kim Kardashian went just to fit into Marilyn Monroe’s “Happy Birthday Mr. President” dress. Lili posted on her Instagram story and without naming names spoke out about Kim’s comments and the effect they could have on people.

The Riverdale actress took to social media the day after the 2022 Met Gala, voicing her strong opinions about the lengths certain stars went to achieve their looks.

“To walk on a red carpet and do an interview where you say how starving you are… because you haven’t eaten carbs in the last month…all to fit in a f–king dress?” she wrote on her Instagram Story on May 3. “So wrong. So f—-d on 100s of levels.”

She continued, “To openly admit to starving yourself for the sake of the Met Gala. When you know very well that millions of young men and women are looking up to you and listening to your every word. The ignorance is other-worldly disgusting.”

Lili, 25, did not call out any celebrities by name, but her self-described “rant” comes one day after Kim Kardashian admitted to Vogue that she lost 16 pounds in just three weeks to prepare for the star-studded event.

In a profile, the SKIMS founder—who walked the red carpet on May 2 in a vintage gown once famously worn by Marilyn Monroe—said she initially couldn’t fit into the Hollywood icon’s dress and decided to slim down in order to wear it.

“It was this or nothing,” Kim told the magazine, adding that she “would wear a sauna suit twice a day, run on the treadmill, completely cut out all sugar and all carbs and just eat the cleanest veggies and protein” in order to lose weight. “I didn’t starve myself, but I was so strict.”

In her series of “rants,” Lili—who attended the Met Gala in 2018, 2019 and 2021—expressed concerns about the effects some stars are sending to impressionable fans.

“Please stop supporting these stupid, harmful celebrities whose entire image revolves around their bodies,” she wrote. “I am not generally an angry person but I swear to god, the toxicity of this industry sometimes really gets to me.”

This isn’t the first time Lili has used her social media platform to address the topic of self-image. Earlier this year, the Chemical Hearts star reiterated to fans on Twitter that everybody has a summer body.

“Reminder to myself, and to all—you don’t need a flat or perfectly toned stomach to wear a crop top,” she wrote on March 22. “These ‘summer body’ trends are toxic. Your body is ready for summer no matter what it looks like. Don’t let it stop you from enjoying anything.”

Before anyone can say it’s just sour grapes — Lili went to the Met Gala in 2019 in a really pretty dress and also posted Instagram stories complimenting her two Riverdale costars who attended this year. She even tweeted doubling down on her comments. I love that Lili shaded Kim without ever mentioning her name. But it was obviously about Kim — she’s the only one who openly talked about losing weight and cutting carbs to fit into a dress. I’m sure all celebs diet to some extent before the Met, but Kim was definitely bragging about squeezing into a dress that couldn’t be altered just to be able to say that she wore an icon’s actual dress for a few minutes (then changed into a replica). And, does it really even fit if you can’t zip it up? The bragging was a bit for naught.

I think Lili is completely right here. Kim took very extreme measures — the diet is one thing, but two-a-day runs in a sauna suit?! What even is a sauna suit? (I’m now picturing Bradley Cooper’s Silver Linings Playbook character running in the trash bag). Medical professionals have said that losing 1-2 pounds per week is a healthy way to lose weight, so 16 pounds in three weeks is more than double what’s considered healthful. And Kim is already small. I’m her height and in 2020 lost 6 pounds in one week from stress and it was not great. I can’t even imagine forcing myself to do that for three weeks. Also, it’s not like all the weight Kim lost was from diet and exercise only, so she’s promoting a harmful message and being disingenuous under the guise of candor. She doesn’t admit to all her other little nips and tucks and tweaks, so why “admit” to this other than to brag? I’m glad Lili masterfully called her out. (And I also like what Lili said in March about crop tops. I love them and always wonder if I’m too old for them, so I’m going to take her message to include age as well). 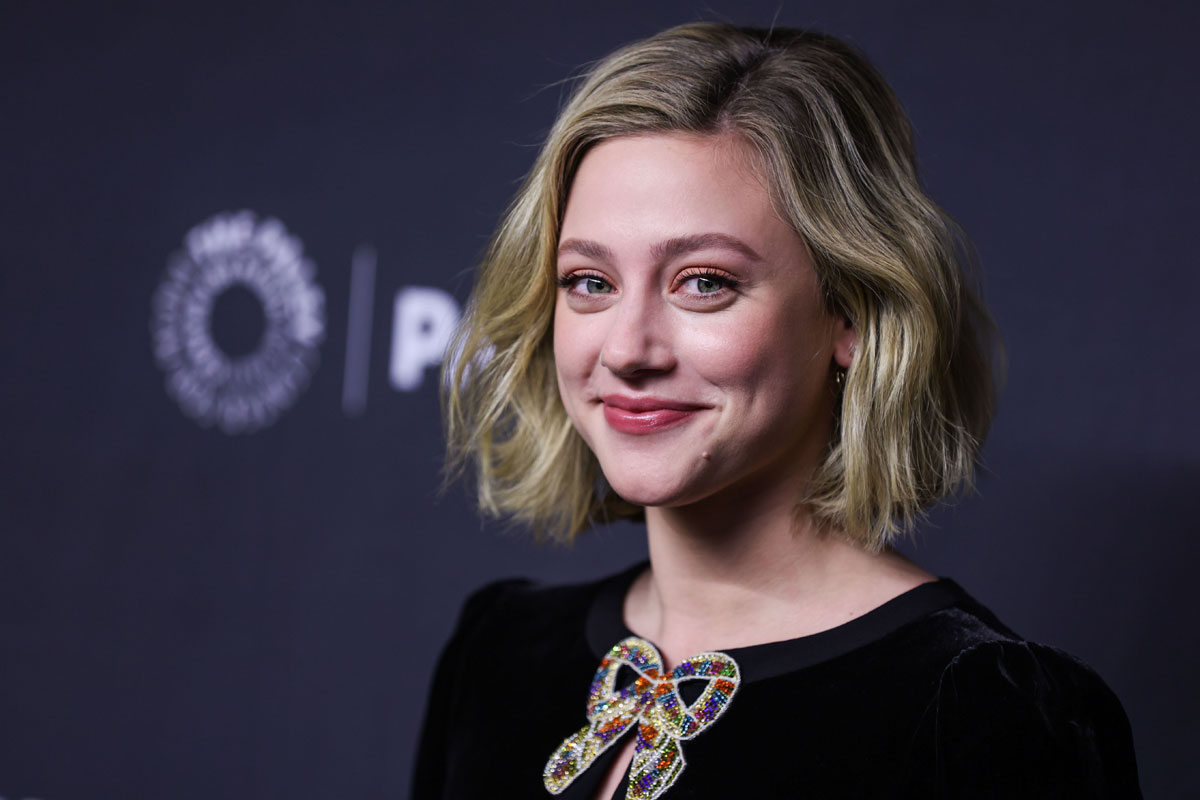