Dua Lipa: ‘The next chapter of my life is about truly being good with being alone’ 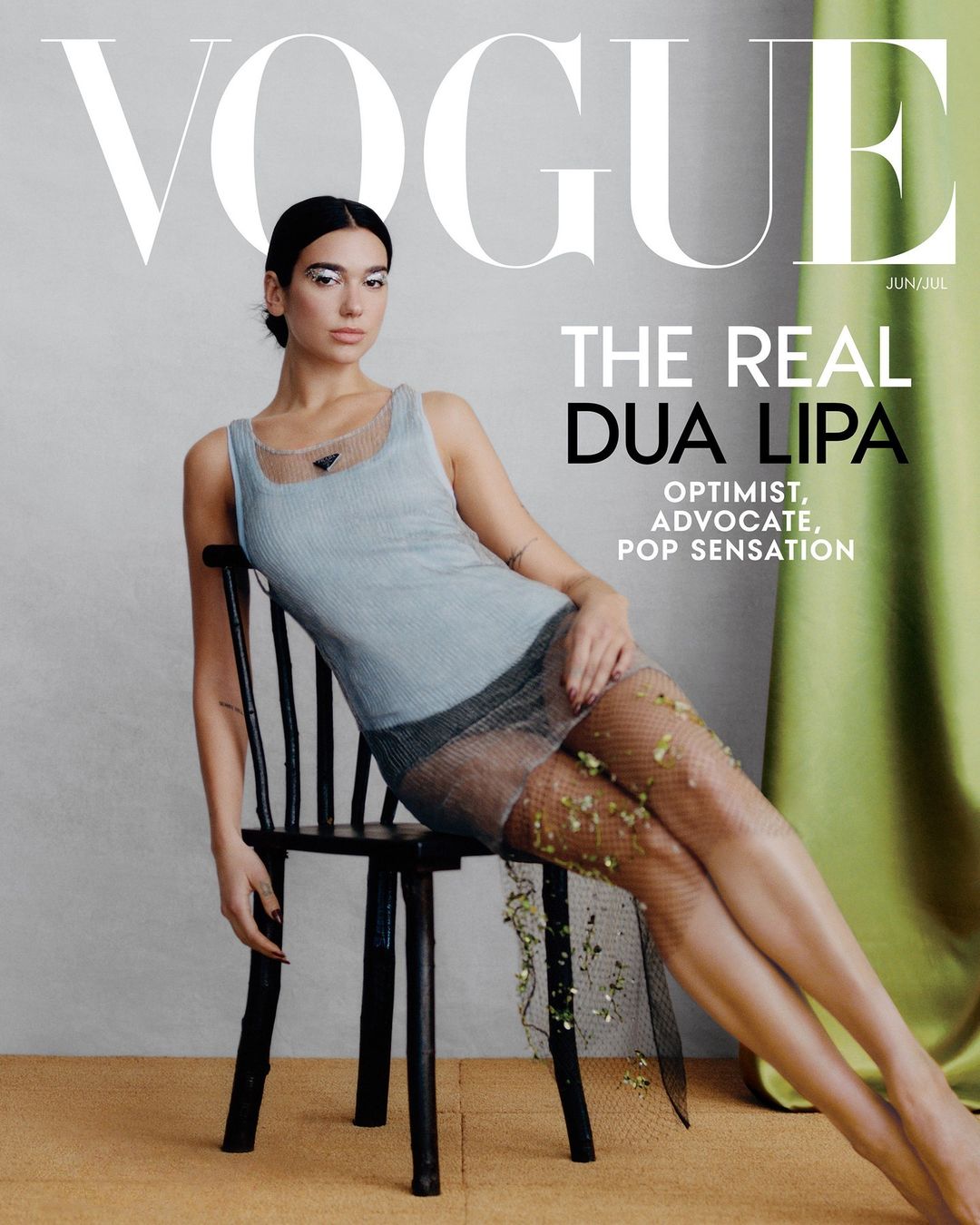 Dua Lipa covers the June/July issue of Vogue. I thought it was mostly to promote new music, but she spends most of the interview chatting about Service95, her “global style, arts and culture newsletter.” Remember when all of the girls had lifestyle sites? Then all of the girls had their own makeup lines. Now the new thing is newsletters! I kind of like it? It’s cute. She has a podcast too, called At Your Service. She’s using the newsletter to talk about everything from her favorite restaurants around the world to nail polish to genocide. As for the Vogue editorial… it’s just really basic? I think so highly of Dua’s beauty and talent, but I’ve yet to see a magazine photographer really capture how pretty and sparkly she is. Anyway, some highlights from Vogue:

On people criticizing her dancing skills: “All I ever wanted was for it to be about the music. My goal was, I want the music to be good enough so that people would talk about that more than anything else. But unless you’re a fully formed pop star who’s trained in pop-star camp for five f–ing years before you hit the stage for the first time, one misstep, one wrong move, one dance that doesn’t really work and it’s used against you. That was f–king hard for me.”

A late bloomer: “All my friends had boyfriends before me. No one fancied me! Every girl was more developed. And I was just like, F–k, I have no idea if I’m ever gonna grow.” At 18, Dua had a dramatic growth spurt, and last year, at 25, she improbably gained another vertical inch.

Her politics: She’s a vociferous supporter of refugee groups, LGBTQ rights, and racial justice. She’s also pro–Labour Party, anti-Brexit, and confounded by the proliferation of guns in the U.S. “Being from the U.K., it’s hard for me to wrap my head around. When I’m in the car with someone in America and they have, like, a little bit of road rage, I’m always like, ‘Don’t do it. You have no idea who that other person is and if they’re carrying a gun.’”

Riot Grrl: “I’ve always had this anger toward the patriarchy. I just never liked boys telling me what to do.”

Single Girl: “The next chapter of my life is about truly being good with being alone…. Some people on the internet were like, ‘Oh, Dua went out for dinner on her own, blah blah, I do this all the time.’ And I think that’s amazing if you do it all the time. You must be so confident. But it was a big step for me. I was nervous—like, what am I gonna do? I don’t want to be on my phone.” Her next planned solo adventure is to go to the movies. “I want to know I can just be there for myself, you know?”

She makes me chuckle about the dancing thing – she was genuinely hurt when people talked about how she’s not really the best dancer. But it’s also like… you can’t have it all, you know? You’re beautiful, you’ve got a great voice and a great figure, it’s kind of cute that you don’t have much rhythm. Still, she TRIES! She tries to get better. People joke about how they can see her counting her steps now. Poor Dua, lmao. As for being single and doing things alone… I think that’s really cool. It’s not just about her being single, I think we also expect pop stars to always have entourages around them constantly. It’s really nice that she’s good with being alone in every sense, alone with her thoughts and not in need of constant validation and constant amusement.

12 Responses to “Dua Lipa: ‘The next chapter of my life is about truly being good with being alone’”