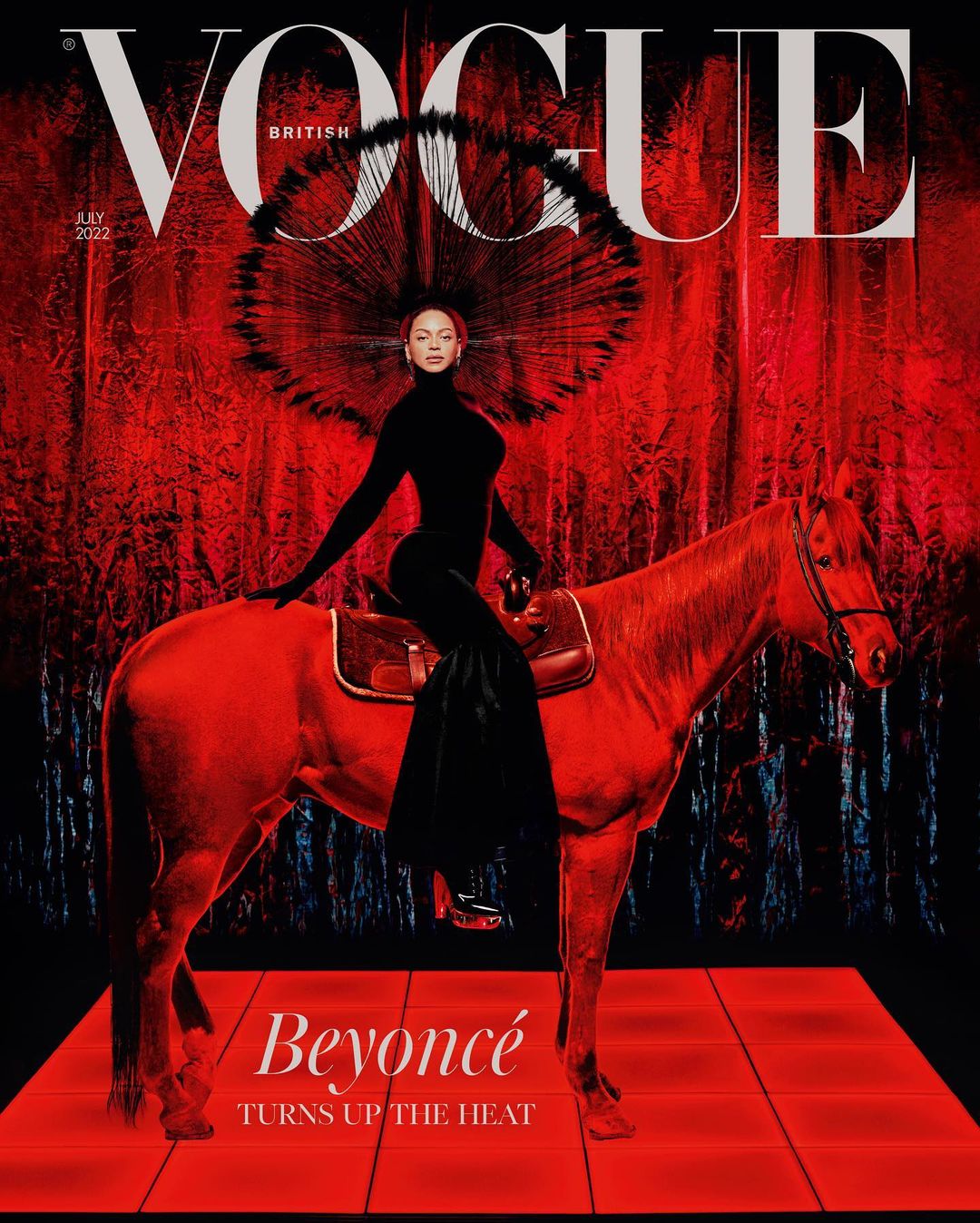 When we learned that Beyonce would be releasing a new album, Renaissance Act I, in July, I wondered if Bey would do any print promotion for it. For years now, she barely has to speak or “promote” her work in the way other artists have to. Even Adele does at least three or four major print interviews with her album releases. Beyonce rarely does anything like that. Beyonce has not felt the need – she wants her work to speak for itself. So… Bey covers the July issue of British Vogue, and this doesn’t seem to be an actual interview. This was Beyonce posing for an editorial and inviting Edward Enniful to her home for dinner. He wrote the “cover story” as it is, and he got to hear some of the new album. This is my favorite part of his story:

Our one previous time working together had come at the end of 2020, when circumstances dictated that Zoom be our conduit on the shoot days: me in Berlin, B in the Hamptons. As the world opened up again, we ran into one another at a party thrown by a mutual friend, where naturally, after some appropriate small talk, I asked when we might make some more pictures together. Enigmatic as ever, she replied: “I think we could do something for July” and breezed off into the night.

LMAO, Beyonce just twirled away after telling the editor of British Vogue “I think we could do something for July.” Her power, honestly. As for Enniful being invited to a family dinner:

And now, two days on, I find myself truly en famille, sitting at Beyoncé’s dinner table on a Sunday night. I’m a little stunned at how relaxed it all is. Sure, the house is impressively minimalist, with acres of white walls, gleaming glass and beautiful art. As a scrumptious dinner of ribs, cream corn, peas, and mashed potatoes is served, I’m not sure the mood could be any cosier.

I’m so struck by how tranquil our hostess is. At this point, her ironclad devotion to professionalism and privacy is legendary and yet here she is at home with her hair loose, not a stitch of make-up on, wearing a hoodie, just being herself. Her armour is so lowered, her laughter so infectious, her skin so glowy, she honestly looks like a teenager.

Tell me more about the ribs and mashed potatoes! I had no idea that Beyonce still ate like that, I thought she was constantly dieting and doing three-week vegan challenges. I’m super-proud of Beyonce that she’s not like that anymore – she seems really comfortable in her own skin, with her curves and her body the way it is now.

I think most of these photos are awful, by the way. I’m sure Beyonce approved all of them, but she’s never really been known for “iconic” magazine editorials. The jagged baby bangs? The awkward body positions? Beygency, please don’t hurt me, but this is awful.