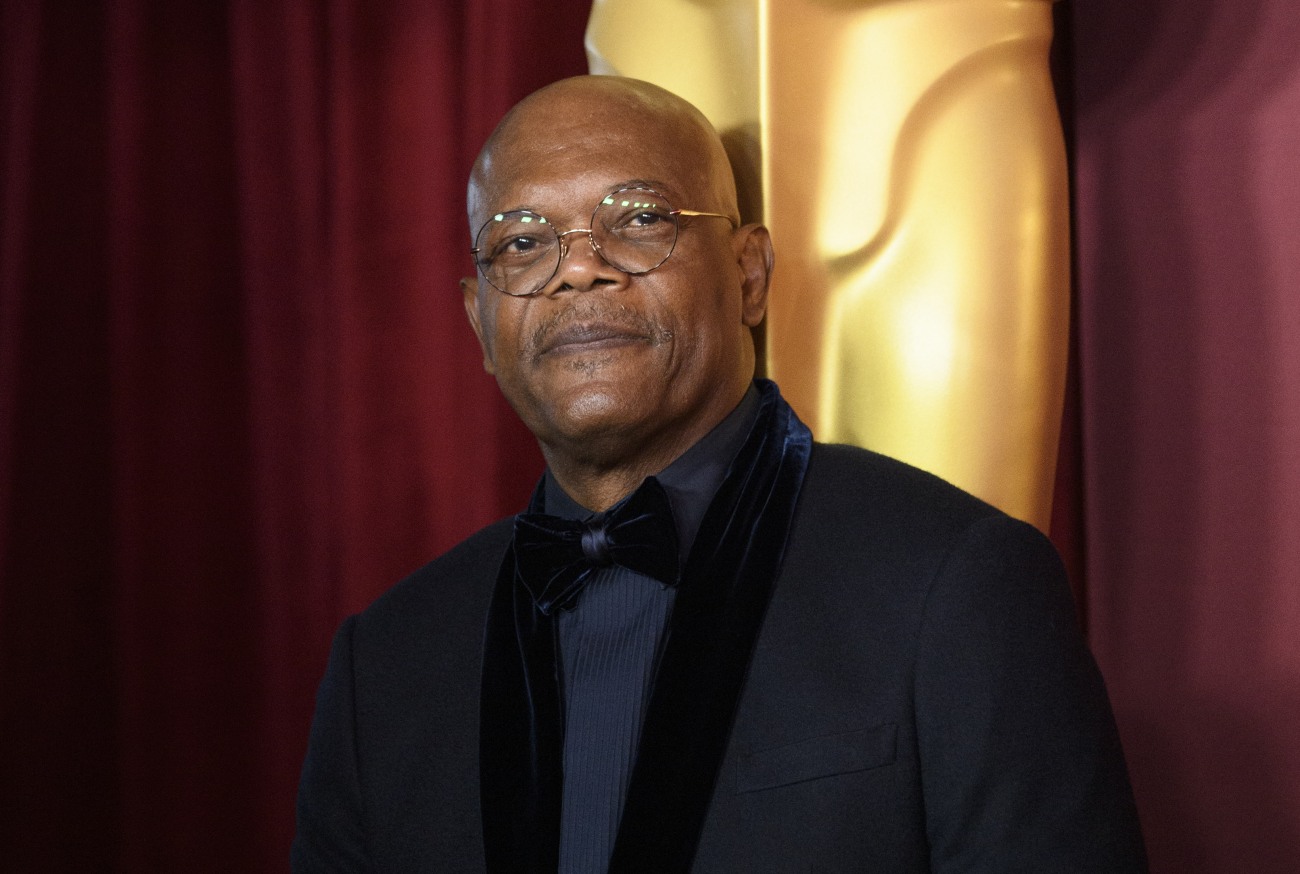 One of the most controversial and dumbest decisions from the Oscars in recent years is to shuffle the lifetime-achievement award winners to the Governors Awards before the actual Oscar ceremony. While those lifetime award winners could be a drag sometimes during the Oscar telecasts, it feels wrong to disrespect those amazing artists at the biggest awards ceremony. Samuel L. Jackson won an honorary Oscar at this year’s Governors Awards, and Denzel Washington was the one to present him with it. Denzel’s speech went viral because he listed all of the charities and organizations Sam and his wife LaTanya Richardson support, and because Sam was so moved and happy to receive the Oscar (I’m including the videos at the end of the post). Sam recently sat down with the LA Times to talk about receiving the honorary Oscar and why he hasn’t done more “Oscar-bait” work during his long career. Some highlights:

Whether he was surprised at the emotion at the Governors Awards: “Maybe a little bit. As jaded as I wanted to be about it, you know thinking, “Well, I should have won an Oscar for this or should have won for that and it didn’t happen,” once I got over it many years ago, it wasn’t a big deal for me. I always have fun going to the Oscars. I always look forward to getting a gift basket for being a presenter. [Laughs] I give stuff to my relatives; my daughter and my wife would take stuff out. It’s cool. But otherwise, I was past it. I was never going to let the Oscars be a measure of my success or failure as an actor. My yardstick of success is my happiness: Am I satisfied with what I’m doing? I’m not doing statue-chasing movies. You know [whispers]: “If you do this movie, you’ll win an Oscar.” No, thanks. I’d rather be Nick Fury. Or having fun being Mace Windu with a lightsaber in my hand.

He makes the movies he wanted to see as a kid: “I want to do the stuff that made me want to go to the movies when I was a kid. I want to do that movie that people just want to see so they can get out of themselves. That’s the guy I chose to be and I’m fine with it. I’m satisfied because that’s who I am. I’m the guy who does the lines that people see on T-shirts. There’s actors who go their whole careers and no one can quote a line they’ve said in a movie. People go to watch my movies to see how crazy I’m going to be or see how many times I say motherf—. [Laughs] Whatever gets them in the seats.

Denzel listing the charities he supports: “I was shocked. We don’t advertise the fact that we’re philanthropists, because you shouldn’t. That’s not why we do it. You don’t take a film crew with you. You just do it.

On the Oscar slap: “When the big incident happened, I was like, “Whoa!” My wife asked me, “Is this a bit?” And I said, “No, Will just slapped the s— out of Chris.”…So that happened, and they came and got me. I kind of saw Quest[love]’s speech, which nobody was listening to because everybody was trying to figure out what the f— just happened. And I went backstage and saw Chris against the wall. “You OK?” “Yeah.” And so I get to Uma and John, and John says, “So … can we rehearse?” I’m like, “You know what just happened?” He’s like, “What?” He was backstage not looking at the monitor, looking at his lines because that’s who John is. So we rehearsed, Uma and John danced, and we were kind of oblivious to what was going on.

The chaotic decisions made by Oscar producers: “I’m not saying it’s wrong for skateboarders and snowboarders to be presenting Academy Awards. But god— it, no! They have their show. They have the ESPYs. Go do that. This is the night Hollywood celebrates f— Hollywood. That thing that we used to have when I was young, watching it and wondering, “What am I going to say when I get mine” was the glamor of it all, the extravagance, the mystique that is Hollywood. Some of that’s gone. You’ve got movie stars who are influencers or people who live out loud, so you know way more about them than you used to know. But it should still be a celebration that you did something that’s great. Like I still say, there should be an award for the movie that made the most money.

On popcorn movies not being recognized by the Oscars: “That is cinema! That’s what we go into the big, dark room to do — to be entertained. That’s what we’re celebrating, the big s— that happened in Hollywood. Best actor, best actress … that’s some bull—. That’s a popularity contest. Or so I heard way back when when Martin Landau got the award [for “Ed Wood”] and I didn’t. [Whispers] “C’mon, Sam. Martin’s been nominated so many times. Don’t worry. Your time is coming.” Excuse me? I didn’t know that’s how it worked. I thought it was the acting performance that made the most impact.

Pulp Fiction is the only Tarantino movie which got Sam an Oscar nom: “Everything I’ve done for Quentin has a moment that’s given me an opportunity, from “Jackie Brown” to “The Hateful Eight” to “Django [Unchained].” “Django” was probably my best shot because it’s the most evil character I’ve ever played and they generally reward Black people for playing horrendous s—..”

Yeah, it’s insane that Jackson didn’t get the Oscar for Pulp Fiction and it’s insane that Pulp Fiction is the only Tarantino film he’s been nominated for. His performance in Jackie Brown is really nuanced and funny. He’s right about Django too. I like that he doesn’t say much about the slap too – he notes that he checked in on Rock and that’s about it. God, the Oscars were so chaotic this year. While the slap was a big reason why, Sam also notes that there should have been a bigger section devoted to Sidney Poitier and that snowboarders shouldn’t get time at the Oscars over Hollywood legends. 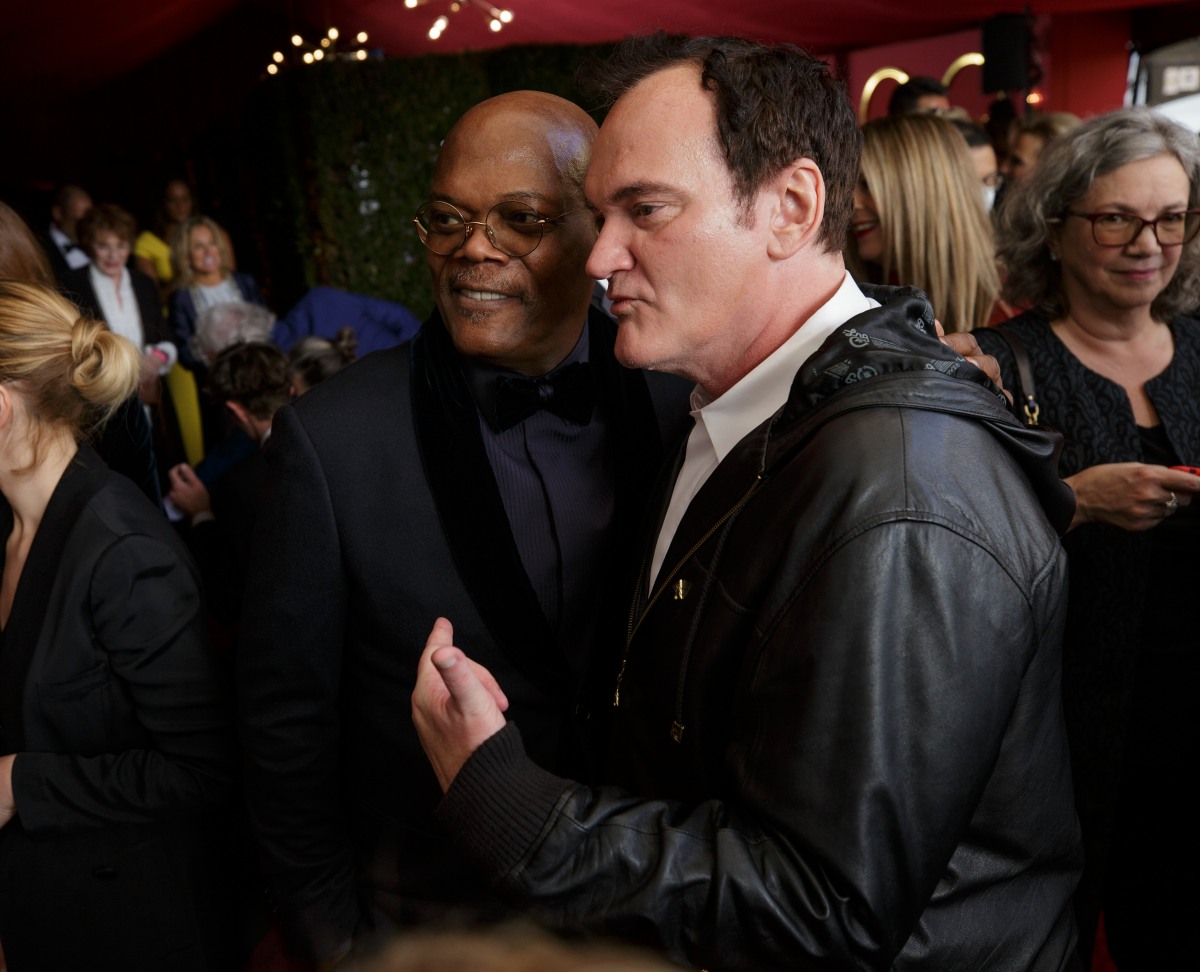 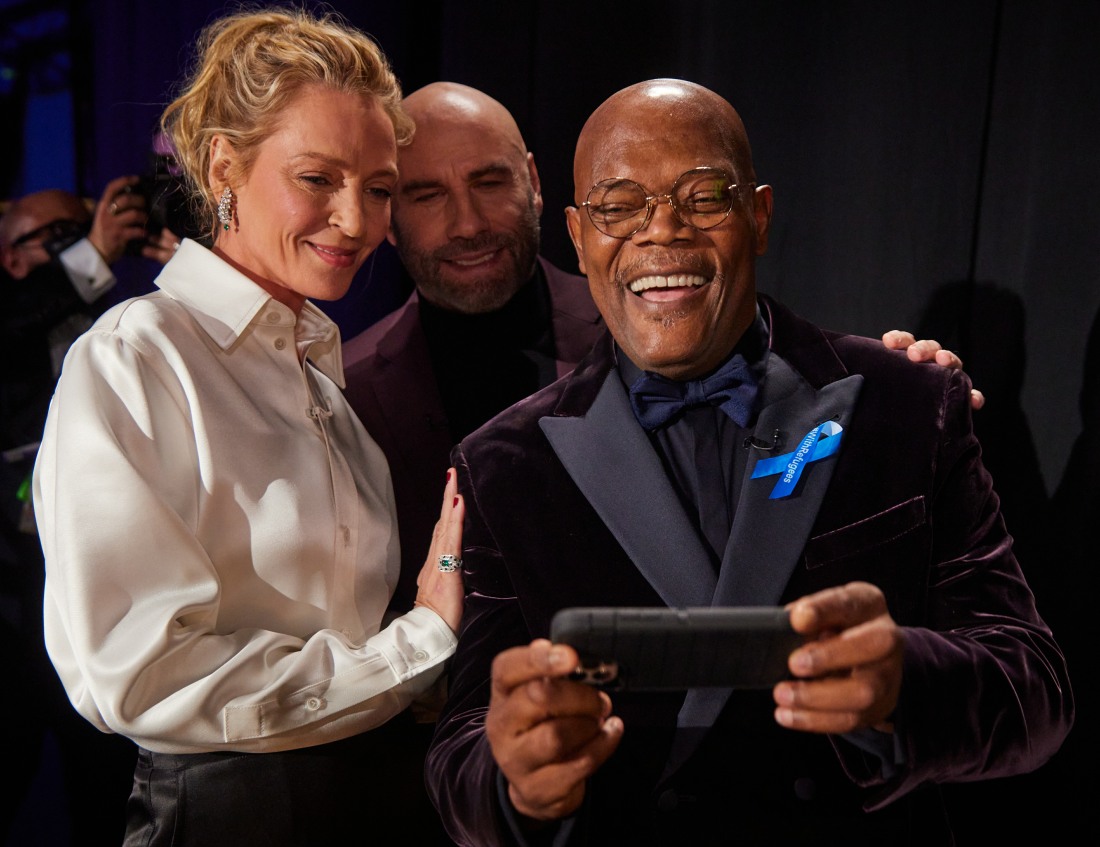 10 Responses to “Samuel L. Jackson thought ‘Django Unchained’ was his best shot at winning an Oscar”