Jerry O’Connell: Rebecca Romijn told me she wouldn’t touch me until I quit smoking 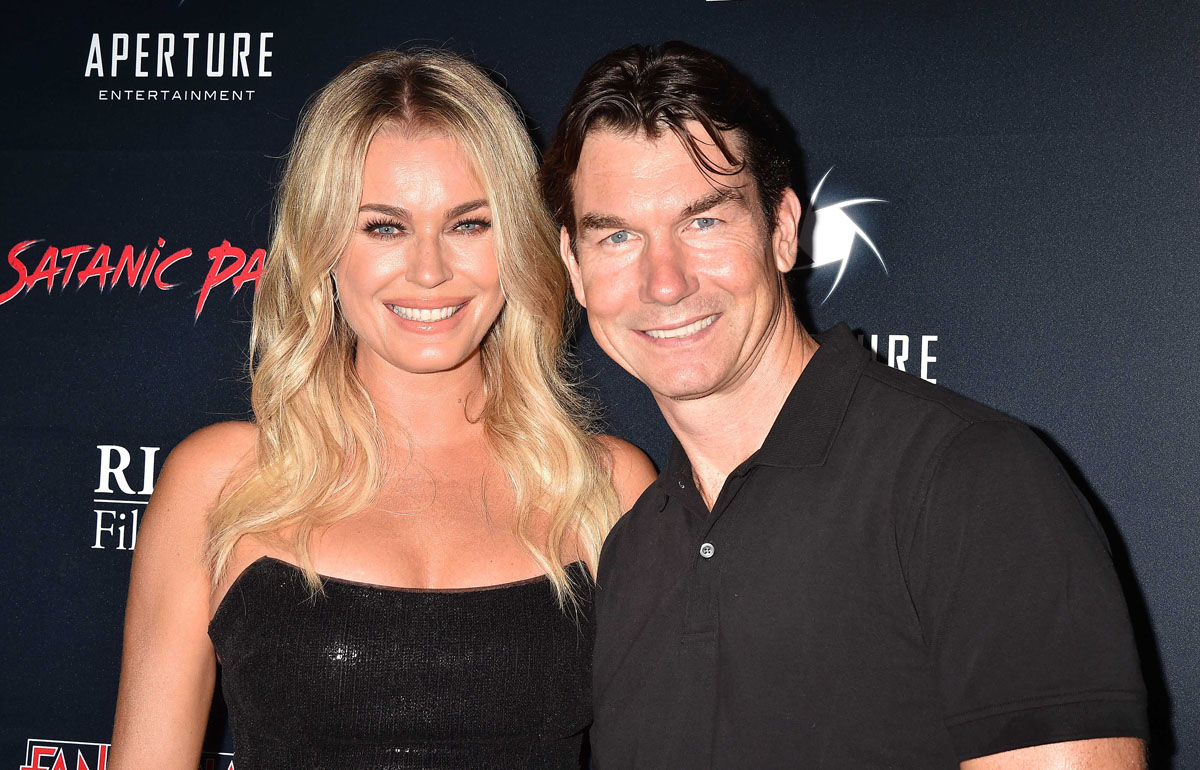 The Talk dealt with the Juul product ban the other day. During the discussion, Jerry O’Connell admitted that he smoked for 20 years, having started in high school. Like many people of his generation, his parents smoked. The image of his mom, sitting on the phone, smoking and chatting was forefront in his mind. When he met his wife Rebecca Romijn, they were both smokers. Although they both agreed to quit to start a family, Rebecca quit immediately while Jerry struggled for years, sneaking outside for a smoke to keep it away from their daughters. It wasn’t until Rebecca vowed not to touch him again that Jerry finally broke the habit for good. According to Jerry, it took a month of not being touched, but he finally prioritized his family over his cigarettes.

Nicotine, it’s the toughest thing to get off of. It’s near impossible. I know Juul is being accused of targeting kids. In my day it was another brand of cigarettes where they used a cartoon character. Unfortunately I smoked for many years. I smoked a lot. Quitting was the toughest thing that I’ve ever done.

I met my wife, we were smoking ciggies. Then we were going to start a family and my wife poof stopped. I couldn’t stop. We had kids and I was running outside [to smoke]. My wife one day said to me ‘I don’t want that smell in my house.’ My wife said ‘I’m not touching you until you quit.’ After about a month of not being touched…

The second I accepted that the cravings never went away [I was able to quit]. It really helped me to not have a cigarette coming up on ten years.

I know how hard it is to quit smoking, I really do. I’m sure it was a big struggle for Jerry. And everyone applauded him for his dedication to his daughters and quitting. But I can’t help but think: what if the roles were reversed here? If Rebecca had resumed smoking after their birth and snuck out for smokes until her husband cut her off, she would’ve been crucified. Mom-shamers – hell, The Talk co-hosts – would’ve shouted her down about why weren’t her babies enough to make her quit? But women don’t get any grace period when it comes to parenting. Don’t get me wrong – Jerry and Rebecca are adorable together and she’s a genius for this. I’m just saying, it wouldn’t be a cute story for the chat show circuit if it was a mom telling this story instead of a dad.

I like what Jerry said about accepting the inevitable about the cravings. That doesn’t happen for everyone. Some people quit and never think about it again. Some of us, like Jerry and myself, just have to accept that cigarettes will forever be a breakup we’ll never get over. Starting young, as Jerry said, is a huge issue. That’s why the crackdown on Juul and other brands that target kids is so important. I had my first cigarette at 10. Sheryl Underwood also said something that was huge during the segment, she talked about the communal experience of smoking, especially after states banned smoking indoors. At the office, the smokers would grab each other and head out for a smoke break. As Sheryl pointed out, we got more breaks than the non-smokers as a result. But it was a mental health moment too. Those few minutes away from my desk were almost as important as the nicotine. As a non-smoker, I never step away from my stupid desk. Sometimes the routines are as hard to break as the addiction. So my advice (if cold turkey hasn’t worked) is to break those routines (or find alternatives) first, and then quit the cigarettes (or vapes). It’ll make it easier.

16 Responses to “Jerry O’Connell: Rebecca Romijn told me she wouldn’t touch me until I quit smoking”