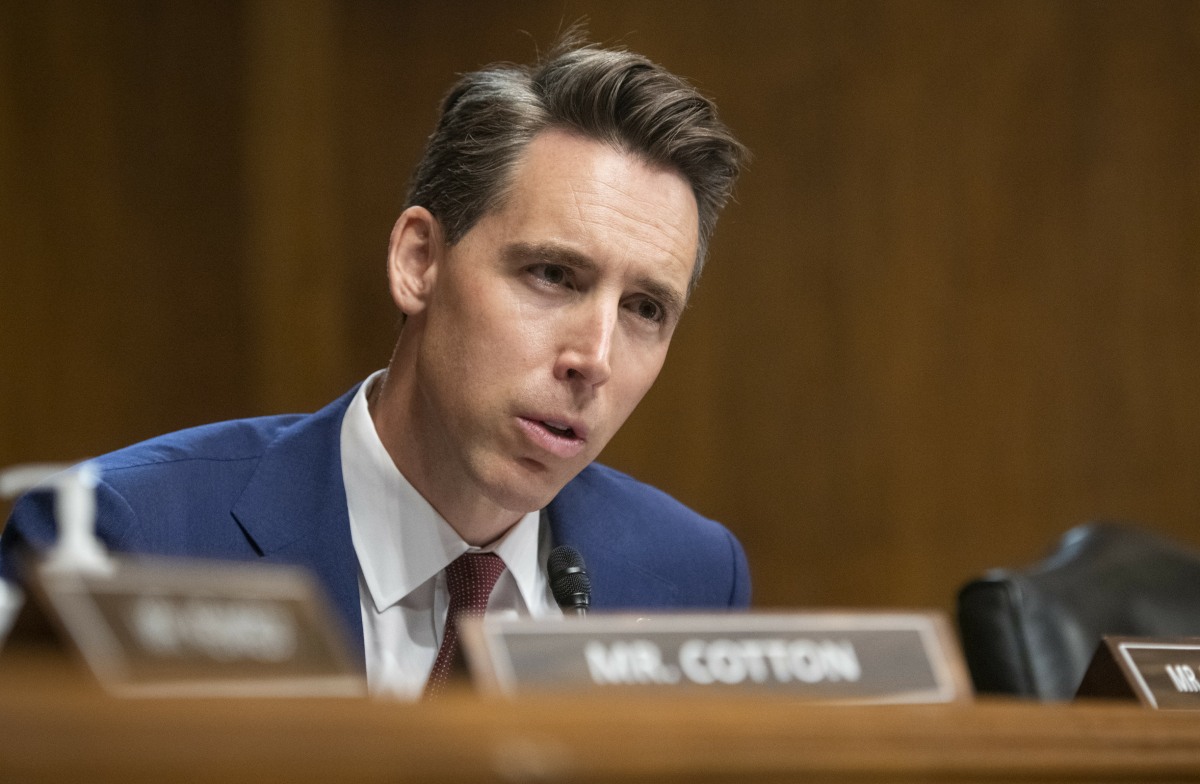 In the immediate wake of the January 6th terrorist attack on the Capitol, Senator Josh Hawley was one of several MAGA a–hole Republicans getting the blame for inciting the insurrection. Hawley had, at that point, spent weeks fueling ratf–king conspiracies and questioning the legitimacy of the election. On the morning of January 6th, as he entered the Capitol, Hawley raised his fist in solidarity with the soon-to-be insurrectionists already outside:

Remember this moment: Josh Hawley expressing solidarity with an insurrection of domestic terrorists that he himself egged on by denying the results of a free and fair election to raise his profile for his own presidential run in 2024. pic.twitter.com/Q02z26fO3g

Following the insurrection, Hawley’s hometown paper excoriated him, saying he is responsible for the domestic terrorist attack on the Capitol. He also lost a book deal and he whined about the First Amendment, but he’s still a sitting senator, and he’s still doing awful things. But here’s something: during last night’s primetime Jan. 6th Committee hearing, the committee showed never-before-seen footage of Hawley escaping the Capitol like a coward as terrorists breached the building.

Chickensh-t coward. Why didn’t he stay in the Capitol with his terrorist buddies? Why did this micropenis bitch exit so quickly? Didn’t he want to commit terrorism with his friends?

PS… Officer Fanone could get it, right? That man is HOT.

“Josh Hawley is a bitch. And he ran like a bitch….that guy’s a clown…No honor.”

Josh Hawley running away to a variety of soundtracks.

All the good music versions of this have been done and I can never leave anything up with music but here Josh Hawley running away to chicken rap pic.twitter.com/MKJISXtRtl

United States Senator Josh Hawley (Republican of Missouri), questions Neera Tanden during her testimony before the Senate Homeland Security and Government Affairs committee on her nomination to become the director of the Office of Management and Budget (OMB), during a hearing at the U.S. Capitol in Washington, DC on Tuesday, February 9, 2021. Tanden was nominated by President Joe Biden and is responsible for presenting the president’s budget to congress.,Image: 589890836, License: Rights-managed, Restrictions: usage worldwide, Model Release: no, Credit line: Leigh Vogel – Pool via CNP / DPA Picture Alliance / Avalon

EXCLUSIVE United States Senator Josh Hawley (Republican of Missouri) is intense and emotional with his questioning of Beth Robinson as she appears before a Senate Committee on the Judiciary for her nomination hearing to be United States Circuit Judge for the Second Circuit, in the Dirksen Senate Office Building in Washington, DC, Tuesday, September 14, 2021. Credit: Rod Lamkey / CNP Where: Washington, District of Columbia, Vereinigte Staaten When: 14 Sep 2021 Credit: Rod Lamkey – CNP/DPA/Cover Images **ONLY AVAILABLE FOR PUBLICATION IN THE UK AND USA**

EXCLUSIVE United States Senator Josh Hawley (Republican of Missouri) questions Judge Ketanji Brown Jackson as she appears for the third day of her Senate nomination hearings to be an Associate Justice of the Supreme Court of the United States, in the Hart Senate Office Building in Washington, DC, Wednesday, March 23, 2022. Credit: Rod Lamkey / CNP Where: Washington, District of Columbia, Vereinigte Staaten When: 23 Mar 2022 Credit: Rod Lamkey – CNP/DPA/Cover Images **ONLY AVAILABLE FOR PUBLICATION IN THE UK AND USA**