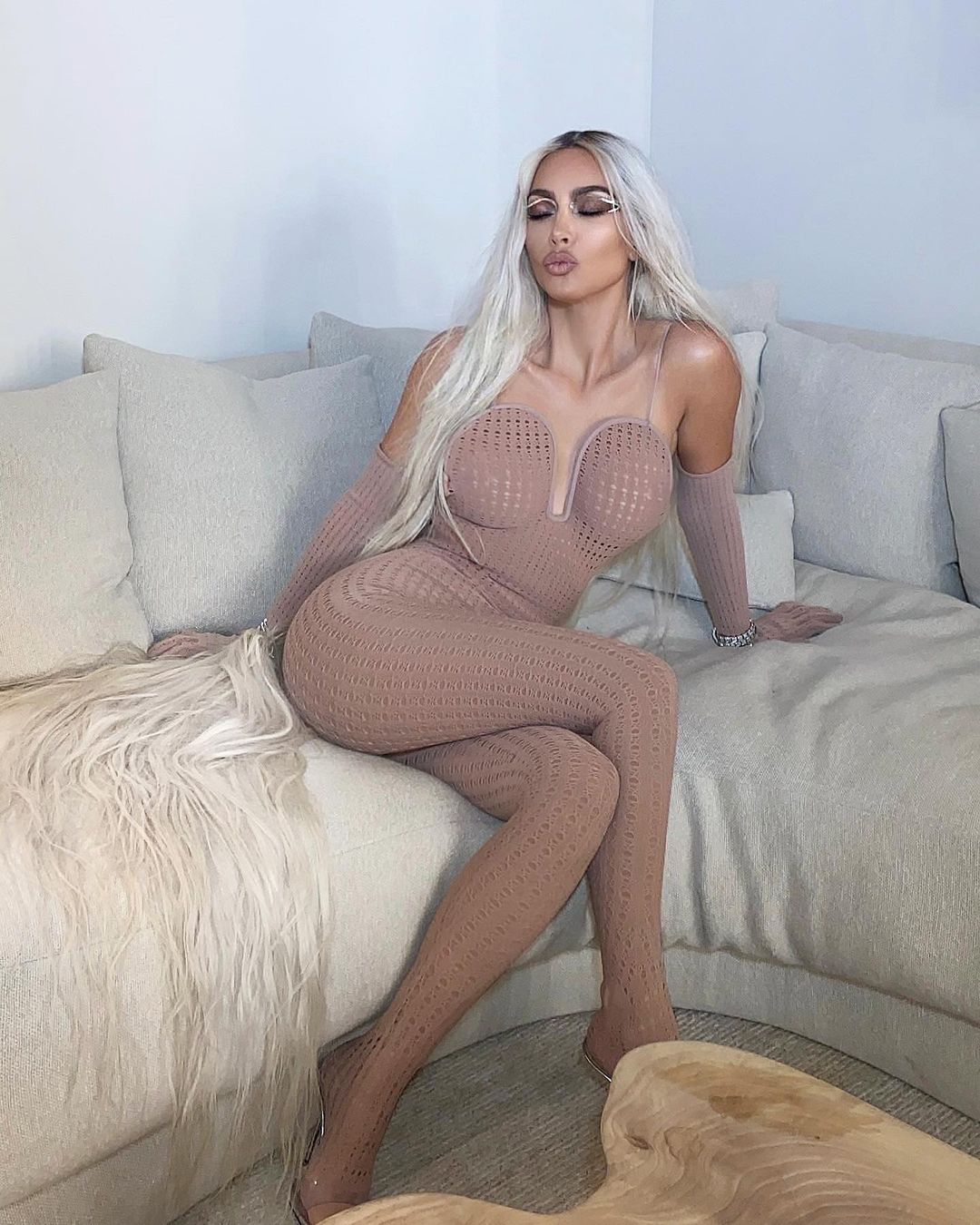 As many people have noted, it definitely feels like the Kardashians are now rejecting the “curvier body image” which made them famous. They used to be all about big boobs, big butts, hourglass figures… but over the past few years, Kim and Khloe Kardashian have remade their bodies. Slim, blonde, ‘90s waif-era is suddenly back “in” style. My theory is that both Kim and Khloe have gotten a lot of surgical “help” to get their bodies this way. Kim especially has gone buckwild with this idea that she needs to get as tiny as possible through crash dieting (and surgery). Kim notably “lost” a lot of weight to “fit” into Marilyn Monroe’s dress for the Met Gala. Kim has continued to document her weight loss on social media in recent months, and then this week, Kim decided to brag about her… bone density??

Kim Kardashian shared her body scan with 327 million Instagram followers on Wednesday. The 41-year-old entrepreneur had her bone density and body fat measured by BodySpec, a company that uses mobile scanning vans to provide a detailed full-body composition report. According to one of the Instagram stories posted by Kardashian, the scan takes approximately seven minutes.

“YOU HEAR THAT?!?!!! MY BONES ARE STRONGER THAN 93-97% OF PEOPLE,” she wrote on her Instagram story as she shared her Bone Report.

The report also showed that Kardashian has lost weight in the last year. In May 2021, Kardashian had a total body fat percentage of 25% body fat but now has gone down to 18.8%.

Body fat percentage distinguishes fat from muscle and calculates the percentage of body fat in the body. This is different from Body Mass Index (BMI), which is is calculated based on a person’s height and weight, and used by the healthcare system to sort people into four categories: underweight, healthy, overweight or obese. The “ideal” measurements for BMI are based on problematic racial and societal biases that do not consider a person’s ethnicity, gender or body makeup, and were created by using a sample of only white, European men.

On Wednesday, the Keeping Up with the Kardashians alum also shared a candid photo of her stomach after undergoing a tightening treatment. “This is a game changer!!!” she wrote over the snap on her Instagram Story. She praised it as her “fave laser” but also confessed, “it’s painful lol but worth it!”

First of all, if Kim is naming the scans and procedures she’s having done on her Instagram, then she’s getting paid. These are sponsored posts/stories. She’s getting paid to hype BodySpec and whatever this laser tightening treatment is. Second of all, Kim really doesn’t give a f–k about her younger fans and followers. She dgaf about triggering people with body dysmorphia. Kim has profound body dysmorphia too.