Denée Benton: Duchess Meghan was ‘set up for an incredible amount of abuse’ 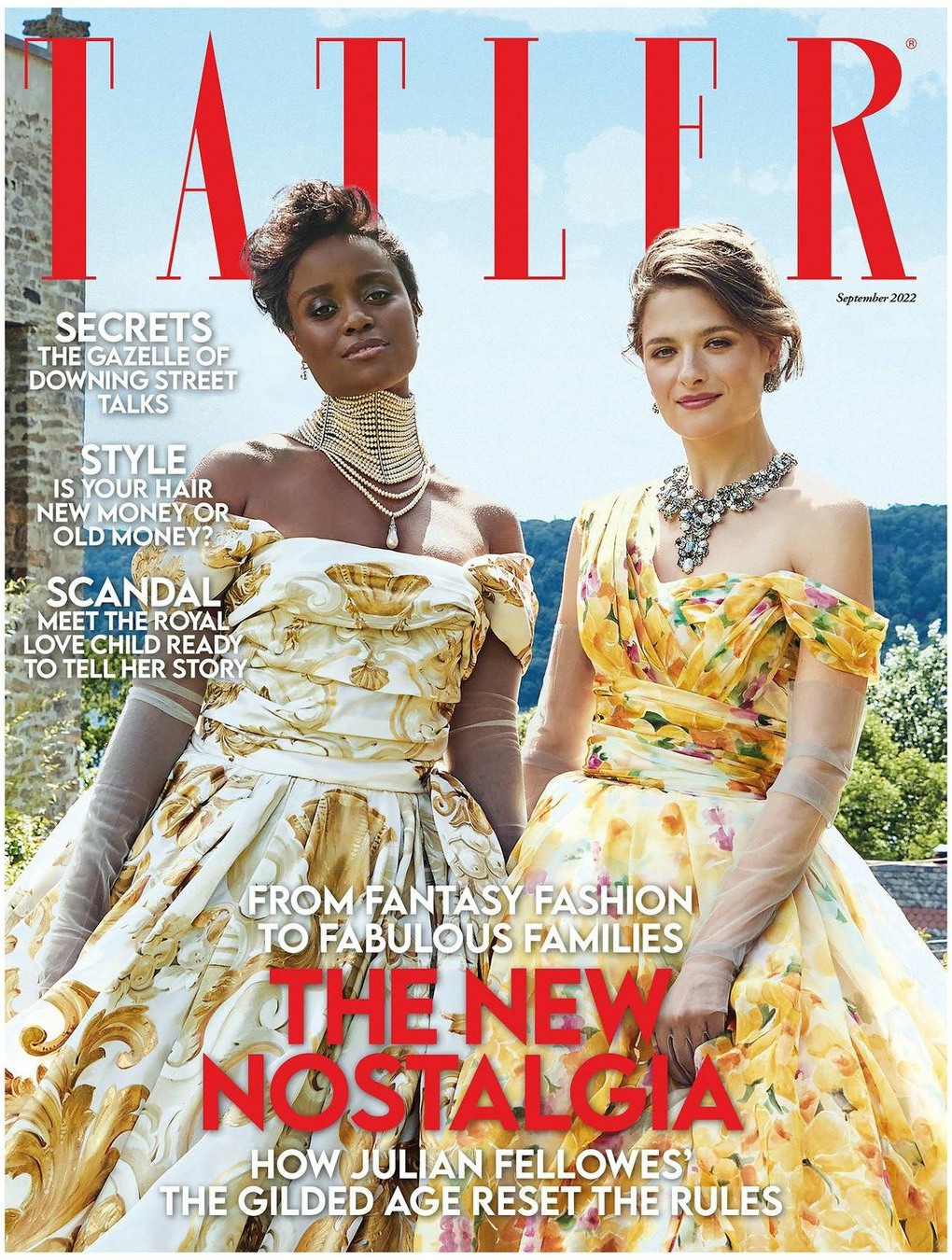 Denée Benton is one of the stars of HBO’s The Gilded Age, a show I absolutely adore. Denee plays the young Peggy Scott, a promising journalist and friend to Louisa Jacobson’s Marian Brook. Louisa and Denee cover the September issue of Tatler, and interestingly enough, they did separate interviews. I haven’t even read Louisa’s interview yet (I will get to it at some point), but Denee’s interview is really good. She talks about what it’s like to be a Black actress in a period-piece show and how she views modern royalty – it was Tatler, so of course they asked her about the Duchess of Sussex!! Some highlights:

She has the posture of a ballerina: ‘My friends joke I must have been royalty in a past life. I don’t know why. Maybe because I’m not afraid to ask for help and support, or for someone to bring me nice things.’

She felt disconnected when she watched period dramas: No matter how comfortable she was speaking the lines and wearing the clothes of women from the 18th and 19th centuries, on-screen depictions of this era didn’t include women who looked like her. ‘Unfortunately, whitewashing can be such an intentional part of keeping people out of stories so that we don’t feel empowered.’

The cliches of Peggy: Although she remembers feeling ‘immediately connected’ to Peggy on reading the script, there were some moments where she felt the character veered towards cliché. She discussed her concerns informally with the show’s writers (who were always receptive, she adds). Then, in the summer of 2020, the murder of George Floyd by a police officer in Minneapolis triggered a racial reckoning across America, and conversations erupted across the film and television industries about the importance of racial diversity both in front of and behind the camera. Benton wrote a letter to HBO, the network behind The Gilded Age, outlining the ways in which she wanted the character of Peggy to evolve.

She wanted Peggy to feel real: Her main goal, she explains, ‘was to get black women as an integral part of the decision-makers on the creative team’. As a result, elements of her character, Peggy, were rewritten with nuance and depth. ‘Her internal life came to life… The women I get stopped by in the street now are black women in my neighbourhood in Brooklyn who are like, “Oh my God, we love Peggy – we see ourselves.” That’s what I wanted.’

What does Denee make of the way Britain treated the Duchess of Sussex? ‘It’s such a layered conversation, obviously. Being the first and only [person of colour], you’re really set up for an incredible amount of abuse – the system isn’t set up to support you. And I think that [because of] the lineage of the really profoundly devastating effects of colonisation as it relates to the monarchy, you can’t necessarily just pop a black person in. It requires a lot of reckoning. Unless you’re ready to do that work, then the person who’s put in that position ends up suffering more than the changes they are able to make. It’s [going to take] much more than one person coming in to trigger all of that change. It doesn’t really work. They just get eaten alive or make the choice to protect themselves and [in the latter case], I’m like, power to you, sis!’

Her answer about Meghan is AMAZING! OMG, I genuinely wish that quote was repeated indefinitely whenever there’s any kind of discussion about what Meghan stepped into and the forces that came down on her. That being said, I’m not sure that it was *always* going to be the case that the first person of color to marry into the Windsor clan was going to be torn apart, abused, maligned and smeared. I think some of it was specific to Meghan and her charisma, work ethic and beauty, which (we know) inspired a huge amount of jealousy and pettiness. But yes, any POC – especially a woman of color – marrying into that dreadful family was going to suffer.

As for what Denee says about asking the writers to add more to the Peggy character… I mean, what we saw on the screen was *after* those conversations, and even then, Peggy was pretty two-dimensional. That being said, I enjoy the fact that Peggy has more sense than Marian and that she’s showing how a young, educated Black woman would operate in that world and in that time period.

63 Responses to “Denée Benton: Duchess Meghan was ‘set up for an incredible amount of abuse’”