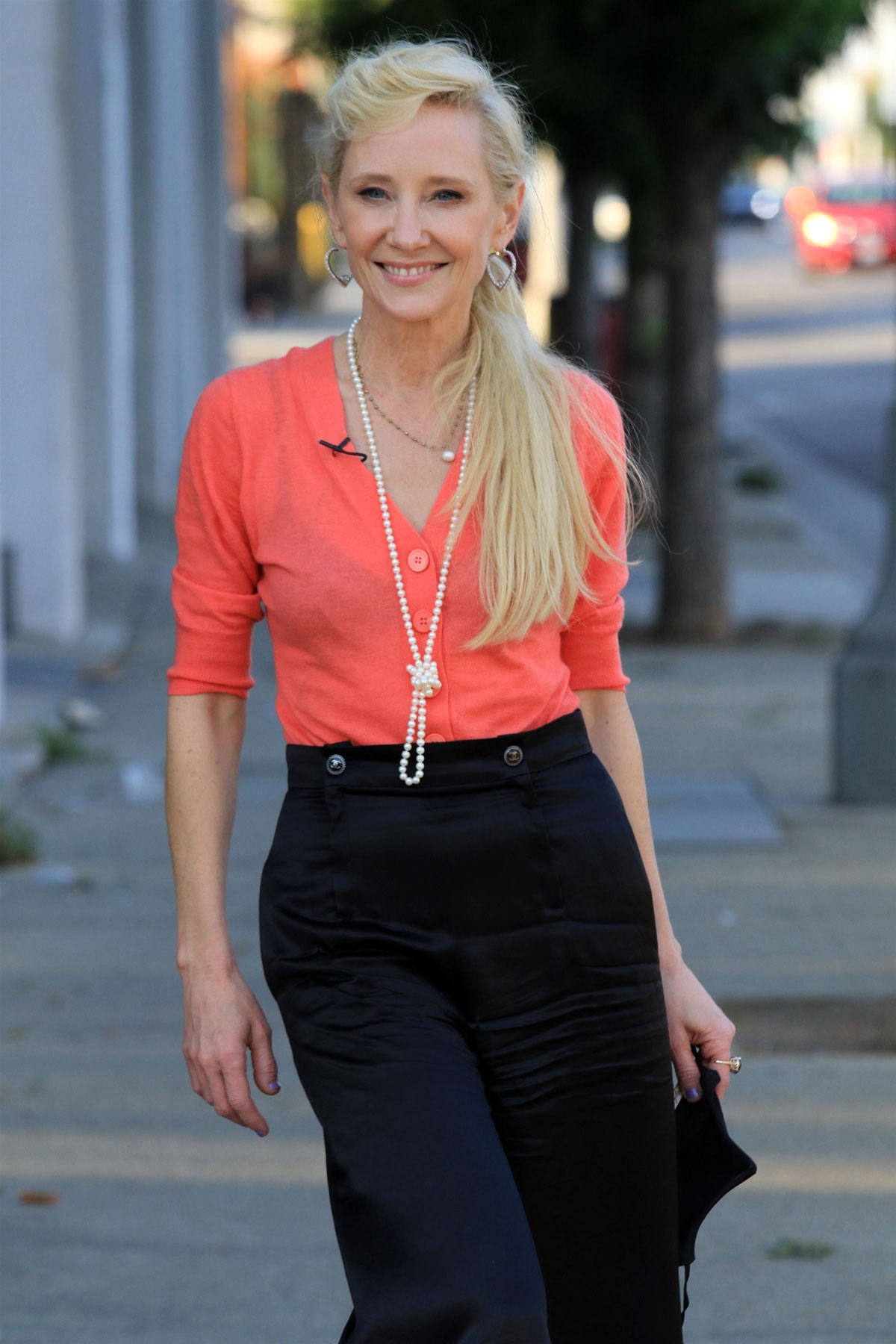 Anne Heche is currently in a coma in critical condition in the ICU. Previous reports from her rep that she was stable were incorrect. As we heard yesterday, police have obtained a warrant to use blood previously drawn by the hospital for a potential DUI case against her. Anne was involved in both a high speed crash into a home, which was destroyed, and an earlier hit and run at a garage. There were no fatalities and Anne was the only person injured in the crashes.

A now-deleted episode of Anne’s podcast, Better Together, was released on Friday the day of the crash. Anne and her co-host, Heather Duffy, admitted drinking vodka and wine that day. The podcast’s producer, Ryan Tillotson, has stated that it was recorded on Tuesday, not Friday, and was removed to “due to inaccurate reporting.”

Anne’s friend Heather and Anne’s oldest son, Homer, 20, visited her at the hospital on Monday, where she remains in a coma. (Anne also has a 13-year-old son, Atlas.) Heather told reporters that she did not see Anne on Friday and said that the podcast was recorded on Tuesday.

Duffy says she did not see Heche on the day of the accident.

Duffy is Heche’s co-host on their podcast, “Better Together with Anne Heche and Heather Duffy.”

She also clarified that her most recent podcast episode with Heche, where the two women “drank vodka” and “wine chasers,” was recorded the Tuesday before the accident.

En route to her car, Duffy was asked about Heche’s status. She looked downcast but shared, “We’re hoping she’s going to be alright.”

Although Heche was previously described as stable, her representative told Fox News Digital that she “has not regained consciousness since shortly after the accident.”

The rep also stated that Heche is in “extreme critical condition” and has “a significant pulmonary injury requiring mechanical ventilation and burns that require surgical intervention.”

[From Fox News via Yahoo!]

I’m uncomfortable with a lot of the reporting around this story. While I don’t feel particularly sympathetic to Heche, she’s seriously injured and in a coma. If she pulls through she will surely have a difficult, painful recovery. I do believe in prosecuting drunk drivers to the full extent of the law and think that should happen here. Also I highly recommend sobriety to everyone. If you have ever wondered if you have a problem, do everything you can to quit drinking and using.

Anne and Heather in September, 2021 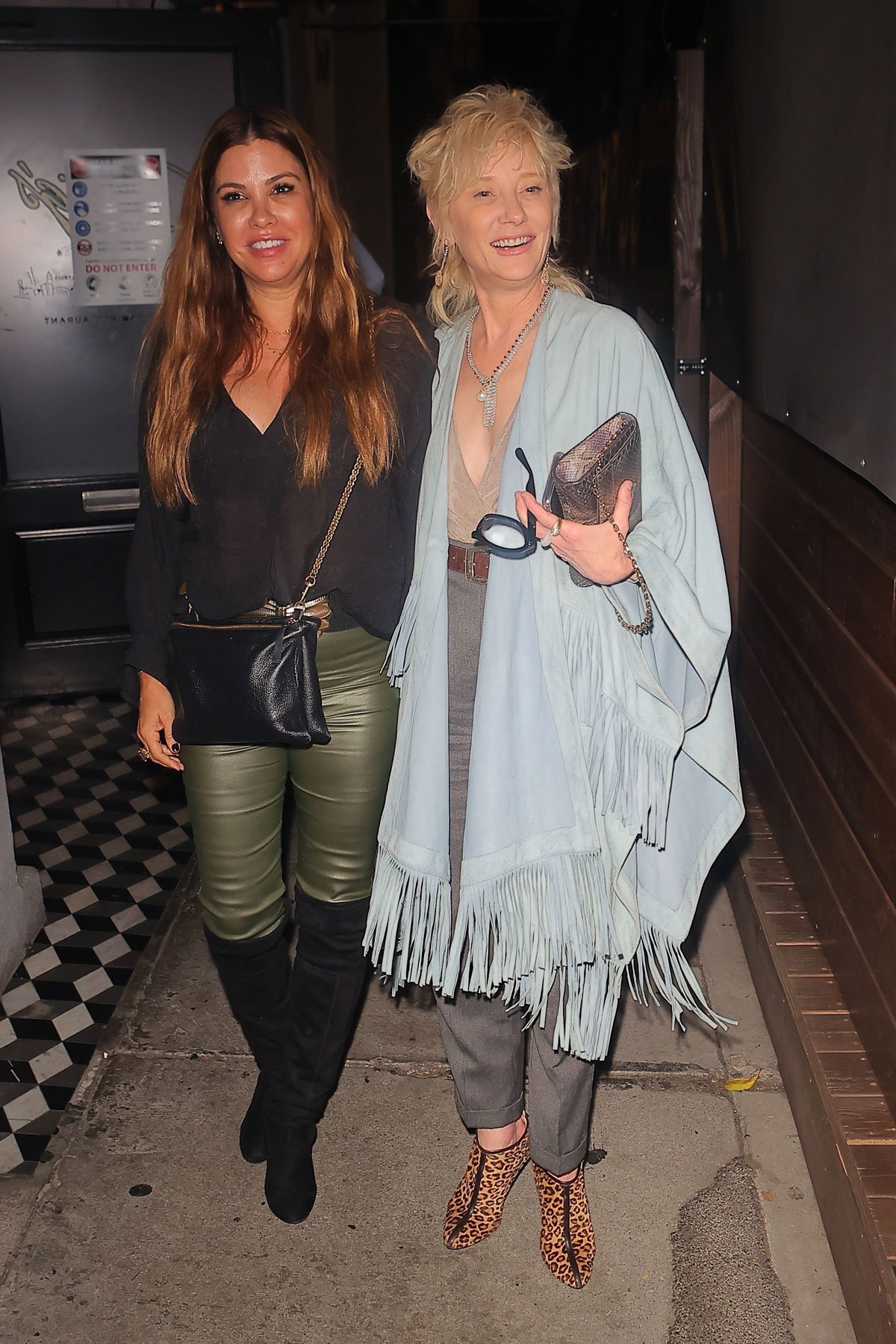 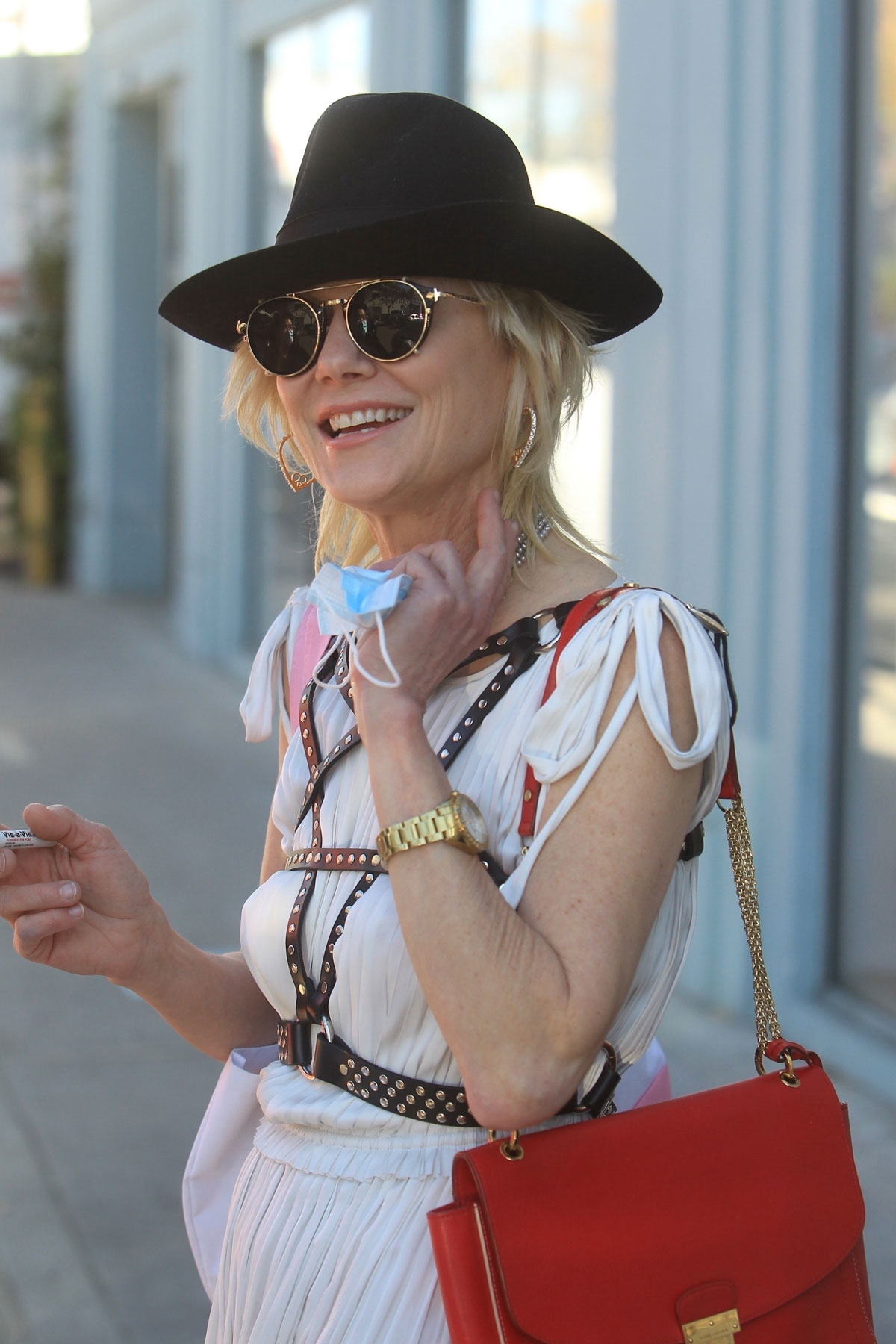