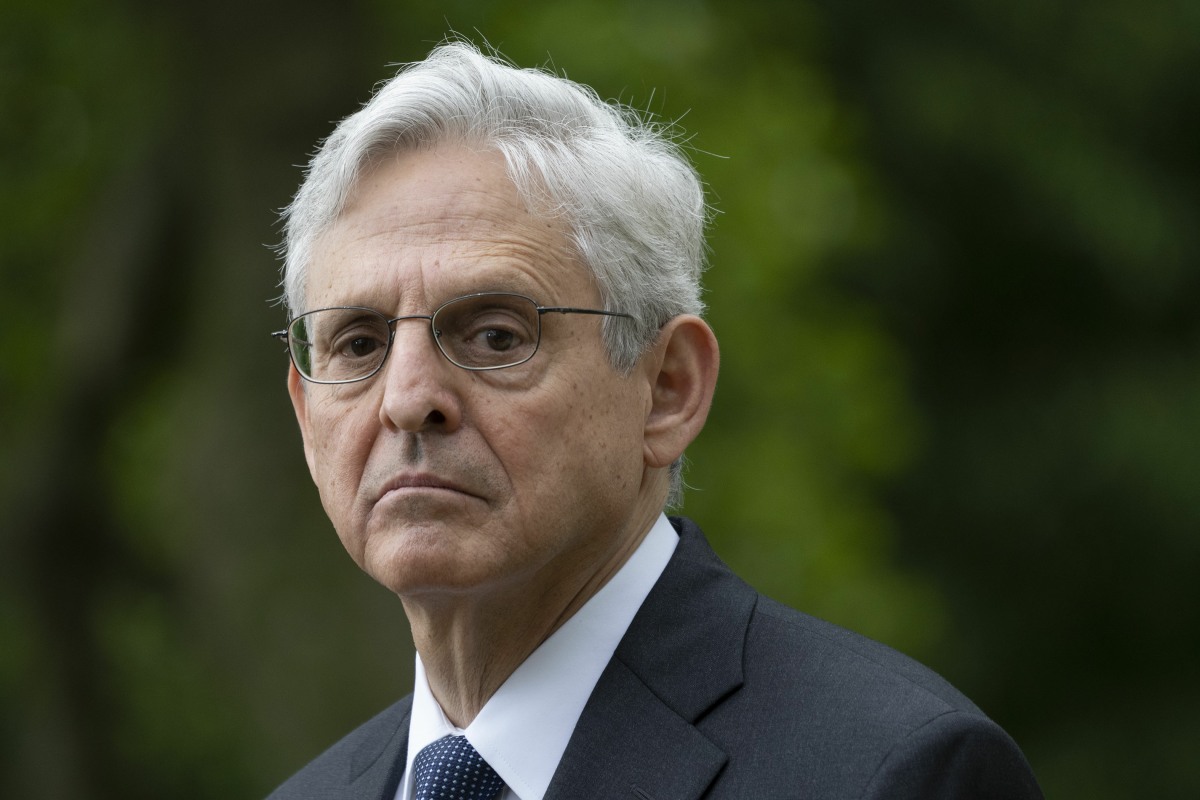 Republicans have been performing their pearl-clutching outrage all week after the FBI raided Donald Trump’s Florida compound. They’ve been crying, screaming and throwing up about how unprecedented it is, how “politicized” it is, how the Democrat FBI is coming to hunt down every MAGA fascist. They blamed Joe Biden. They blamed Nancy Pelosi. They blamed Barack Obama. And for sure, they blamed Attorney General Merrick Garland. Keep in mind that two weeks ago, everyone agreed that Garland was a weaksauce slowpoke who wasn’t going to do anything about the Republican terrorists. Now those same people are calling him a violent communist operative who personally slapped the cheeseburger out of Trump’s mouth. The MAGA Mafia has been demanding that AG Garland beg for their forgiveness and allow Trump to do whatever illegal sh-t he wants. Garland said: lol, no. Garland stepped out on Thursday and made a very special statement (Garland’s speech starts around the 1:50-mark):

Garland makes several things clear at once:
1) he signed off on the FBI getting a warrant for Mar-a-Lago
2) since Trump refuses to release his copy of the warrant, DOJ has filed a motion in federal court to unseal the search warrant
3) Trump received a copy of the property receipt and search warrant
4) no one is above the law, not even Trump
5) Trump’s terrorist army needs to f–king chill out with all of their threats of civil war, violent retribution and terrorism, and the freak army really needs to stop threatening law enforcement. Aren’t these the same “blue line” douchebags?

In addition to that, the New York Times reports that DOJ served a subpoena on Trump this spring as they were trying to track down which classified documents Trump had. Considering the reporting prior to this, it would seem to indicate that Trump cooperated with the spring subpoena up to a point, but the national security experts and National Archives people were like “wait, there are still so many missing documents.” Thus, the FBI raid. Note: I’m covering the new reporting about nuclear weapons in a separate post.

I also think that TrumpWorld got played. They’ve been spreading hysteria for four days about what the raid means and how awful and fascist it all was and then Garland calmly comes out and says that sure, Justice will release the warrant so everyone can see what they were after. Will this calm down the Trump terrorists? Probably not.

-Washington, District of Columbia – 20220513 United States President Joe Biden makes remarks highlighting state and local leaders who are investing American Rescue Plan funding to make communities safer, at the White House in Washington, DC -PICTURED: Attorney General Merrick Garland -PHOTO by: Chris Kleponis/CNP/startraksphoto.com -051322_Biden-ARC-CNP_003 This is an editorial, rights-managed image. Please contact Startraks Photo for licensing fee and rights information at sales@startraksphoto.com or call +1 212 414 9464 This image may not be published in any way that is, or might be deemed to be, defamatory, libelous, pornographic, or obscene. Please consult our sales department for any clarification needed prior to publication and use. Startraks Photo reserves the right to pursue unauthorized users of this material. If you are in violation of our intellectual property rights or copyright you may be liable for damages, loss of income, any profits you derive from the unauthorized use of this material and, where appropriate, the cost of collection and/or any statutory damages awarded Featuring: Attorney General Merrick Garland Where: Washington, District of Columbia, United States When: 13 May 2022 Credit: Chris Kleponis/CNP/startraksphot