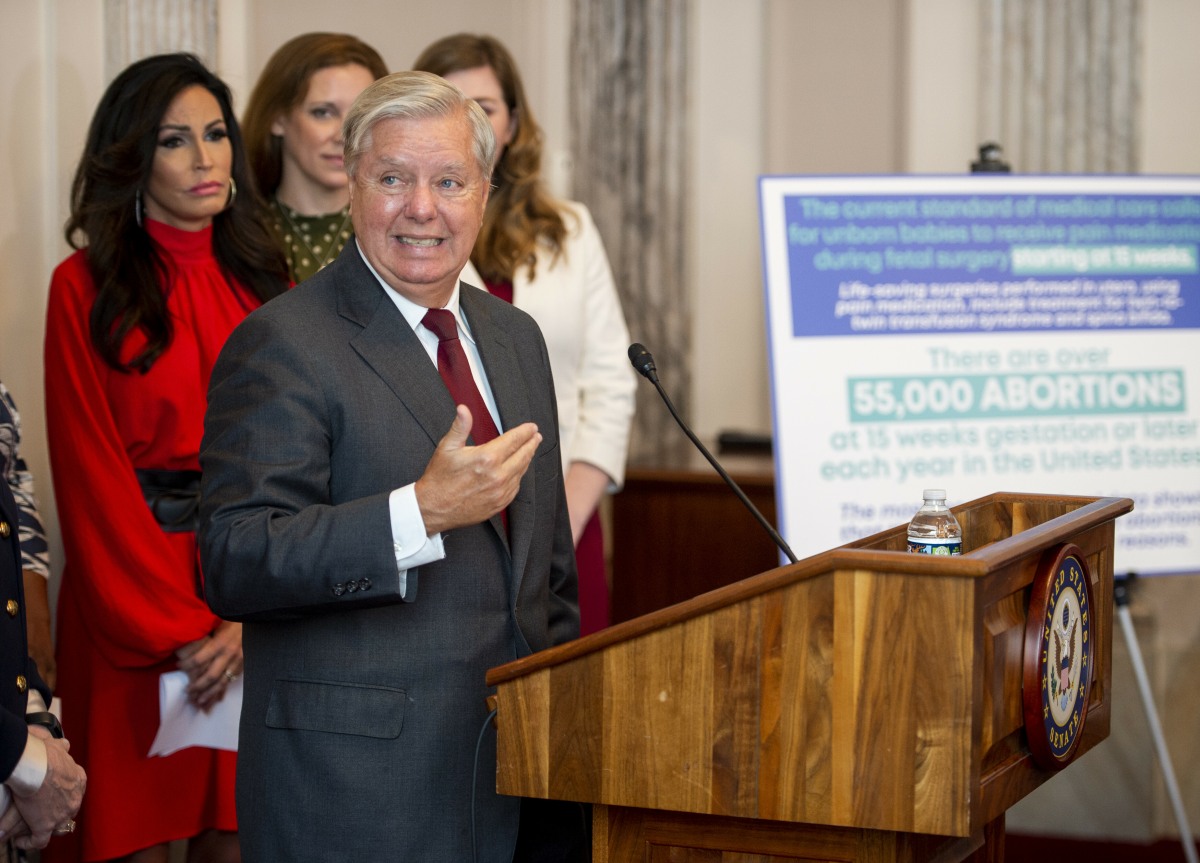 From what I’ve heard, there will be a historic number of new voters in this year’s miderm elections, and many of them will be single-issue voters. That single issue? Abortion. The right to abortion, the right to bodily autonomy, the right to seek health care, the right to exist as a woman without the state imposing itself on your reproductive system. The Republicans and the Supreme Court have already made it perfectly clear that they view women as incubators for the state’s domestic supply of infants. Clarence Thomas has already told the country that birth control is next. But a funny thing has been happening in the special elections: people are coming out in droves to support abortion rights. Whenever abortion is on the ballot, voters turn out. Before this week, the Republicans have been trying to find a way out of this dilemma. Then on Tuesday, Lindsey Graham decided to lean into it. Senator Graham – Lady G to his close associates – announced that if and when Republicans get a majority in the midterms, he’ll bring a national abortion ban to the floor.

Senator Lindsey Graham of South Carolina introduced legislation on Tuesday that would institute a federal ban on abortions after 15 weeks of pregnancy, reigniting debate on an issue that Republicans have worked to confront before midterm elections in which abortion rights have become a potent issue.

There is no chance that Senator Chuck Schumer, Democrat of New York and the majority leader, would allow such a bill to receive a vote in the Senate, where his party has been focused on preserving abortion access after the Supreme Court’s ruling in June ending the constitutional right to abortion.

And the proposal quickly divided Republicans, splitting their leaders and reflecting the difficult politics of abortion for the party in the wake of the Supreme Court’s decision.

Senator Mitch McConnell, Republican of Kentucky and the minority leader, who has previously said his party was unlikely to pursue an abortion ban, told reporters on Tuesday that he thought the issue should be left up to the states and that most members of his conference agreed. When pressed on the details of Mr. Graham’s bill, Mr. McConnell sought to distance himself, saying, “You’ll have to ask him about it.”

Again, the Dobbs decision overturning Roe v. Wade was based on the idea that there’s no federal protection for abortion rights, that regulating or banning abortion is completely up to the states. Which is why some states have already put abortion rights on the ballot, and why voters in those states are coming out to say: actually, we want abortion rights. Now Sen. Graham wants the federal government to ban abortion. So… thanks for the clarity on this, Lady G. Now everyone can vote in the mid-terms knowing exactly what is at stake, and knowing that if Republicans get control of Congress, they’re banning abortion at the federal level. 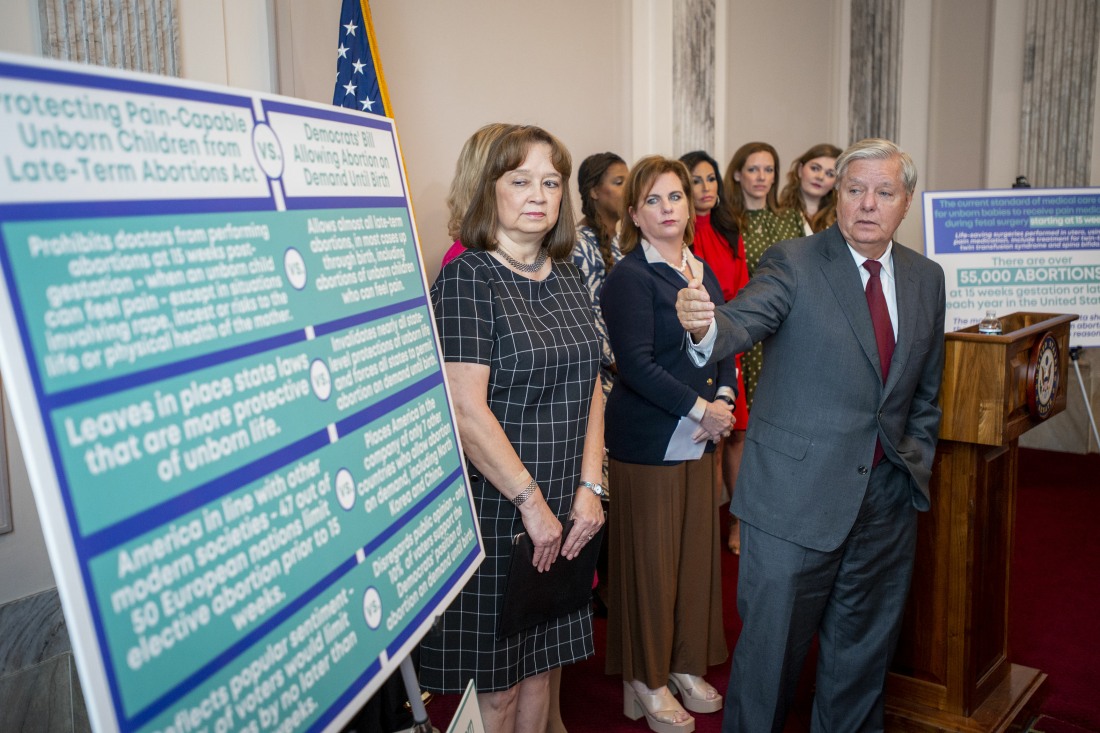 EXCLUSIVE Committee Ranking Member Sen. Lindsey Graham (R-SC) speaks during a Senate Budget Committee hearing on whether taxpayer dollars should go to companies that violate labor laws in the Dirksen Senate Office Building on Capitol Hill in Washington, DC, on May 5, 2022. Credit: Samuel Corum / CNP Where: Washington, District of Columbia, Vereinigte Staaten When: 05 May 2022 Credit: Samuel Corum – CNP/DPA/Cover Images **ONLY AVAILABLE FOR PUBLICATION IN THE UK AND USA**

70 Responses to “Sen. Lindsey Graham introduced a bill for a federal abortion ban”