Sheryl Lee Ralph’s dad was a teacher: ‘on his birthday, I’ll get a note from students’

Abbott Elementary season two premieres tonight. It’s a full season this year and now it’s an Emmy award winning show. I think it got the Emmys it should, too. Quinta Brunson deserved the Emmy for writing. She’s great as Janine Teagues but that show is her baby. And while the whole cast is wonderful, Sheryl Lee Ralph’s Barbara Howard feels like the foundation of the staff, so it felt right that she was the one acknowledged in the cast. That and her amazing career, she earned that moment on stage. Plus, it was Quinta’s goal to get Sheryl an Emmy so both their dreams came true that night.

Entertainment Weekly had a great interview with the whole cast, including William Stanford Davis who plays Mr. Johnson, the janitor. He is a full cast member now and it sounds like they are going to have a lot of fun continuing the mystery of his past. The cast clearly enjoys and respects each other, the whole vibe of the interview was playful and familial. I could have pulled anything from this article to talk about it but since the show is tonight, I’ll stick to the teacher parts. One of the interesting things I found was how many of the cast came from teacher stock. We know Quinta’s mom is a Kindergarten teacher and a huge inspiration for the show, in addition to Ms. Abbott, her 6th grade teacher after whom the show is named. But Sheryl Lee Ralph and Lisa Ann Walter both had teachers for parents too. And they inspired their characters. Sheryl said her father was so beloved, students still send her notes on his birthday.

Who has educators in their family?
Sheryl Lee Ralph: In my family, we are covered with teachers. For generations, education has been seen as the great equalizer. And because of that, there’s so many educators in the family, but my absolute favorite teacher would have to be my father, Dr. Stanley Ralph, who taught me one of the greatest lessons ever. And that was a five-letter word, T-H-I-N-K. Think. And it has served me my whole life. No matter what happens, I’m going to think through it. So, I dedicate Mrs. Howard to my dad, Dr. Ralph. Every year on his birthday, I’ll get a note from students. And I’m like, “That’s a great teacher right there.”

Lisa Ann Walter: Mine was my mom. She was a teacher and taught in DC for decades. She started in a one-room schoolhouse in Pennsylvania where she taught everything from kindergarten to high school. And during the harvest, they all left to go back to the farm. My dad was going to get his PhD, and she was teaching to make a living for the family. She was very much like Melissa Schemmenti — she was tough; she was loving. She didn’t take any mess, but she would kill for her kids.

William Stanford Davis: Mine was my Aunt Helen, my mother’s older sister. Quinta’s character reminds me of her. She was my third-grade teacher, and the first day I got there, she took a paddle to me to let me know that I didn’t have any favoritism.

How have teachers responded to the show?
Janelle James: I did a convention for teachers, like 5000 teachers, and it was a bunch of people screaming at me, like I’m a rock star or something.

Chris Perfetti: The most meaningful thing I’ve heard people say is, “That’s what it’s like.” Like, “It’s really that bad.” Or, “it’s really that ridiculous or funny.”

Sheryl Lee: We got a message from one of the union presidents talking about how uplifting the show is for educators on the whole. Not just teachers, but educators, right down to the janitor, the principal. Everybody felt as they were being seen and people were understanding their journey. And then they added, “Thank God that you all are actually dressing, with the exception of Ava, like real teachers.”

Quinta Brunson: For me, the craziest response has been people saying they wanted to become teachers now. That I was not anticipating. That was totally out of left field. We did not start writing the show going, “We want to make teachers feel seen.” We knew we had these real stories and they made for humor. So, the first exciting thing was people being like, “Whoa, I really feel really, really, really seen.” Especially my mom. I was kind of shocked. She was very like, “Holy sh–!” But the people being like, “I think I’m going to become a teacher now.” I was like, “After watching this?”

If you were a teacher, what would you teach?
Janelle James: English? I love to read. I was the Spelling Bee champion. I’m a nerd. English.

Chris: I would be a science teacher. Science was my thing.

Tyler James Williams: History. And when they get to high school, they’re over it, so, middle school.

Sheryl Lee: Arts. It’s sorely lacking. I would be out there fighting for all of those grants to bring back arts, writing, drama, music, choir, all of that.

Stanford: A combination of Quinta and Sheryl — theater, arts.

Lisa Ann: U.S. History and politics. High school. I live for the arguments.

I pulled Sheryl’s quote about her dad because it spoke to me. My mom was a teacher, and her students still seek me out. She taught a specialized class and reached some students that weren’t getting what they needed in mainstream classes. You can see the person Dr. Ralph raised in his remarkable daughter. He must have extended that environment to his classroom, raising up generations with his work. I’m sure Sheryl swells with pride every time she gets a note on his birthday. I thought Lisa Ann’s story about her mom was fascinating too. Wiki says Lisa Ann comes from Silver Spring, Maryland, in case anyone was wondering. And Stanford’s comments made me wince. I was never paddled, but corporal punishment was still allowed when I was in middle school.

Much of the rest of the interview talks about what is in store for us for season two, without giving anything away. Quinta is very excited because they get to have all the holiday episodes this season. The cast is trying to talk her into doing a school musical (uhm – yes please!) And we will get to see the teachers out of school this season. Quinta also threatened the Philadelphia Eagles that if they suck, she’ll write them out of the show, which I love.

The last thing, which connects to the opening paragraph, people asked Quinta about losing the Best Comedy Emmy and she gave the best reply. I was bummed they didn’t win until I heard how Quinta responded. How does this cast keep doing all of this so gracefully? Anyway, Quinta’s response to losing Best Comedy: “There’s this grace that’s given to a show when they haven’t won yet. A nation is rooting for it. It’s the underdog. It was so exciting that the first season was so well received by fans, and critically acclaimed. But I want us to be able to keep growing. I’m not sure I wanted audiences to expect prestige yet. I want us to have fun and get to be an awkward toddler.” 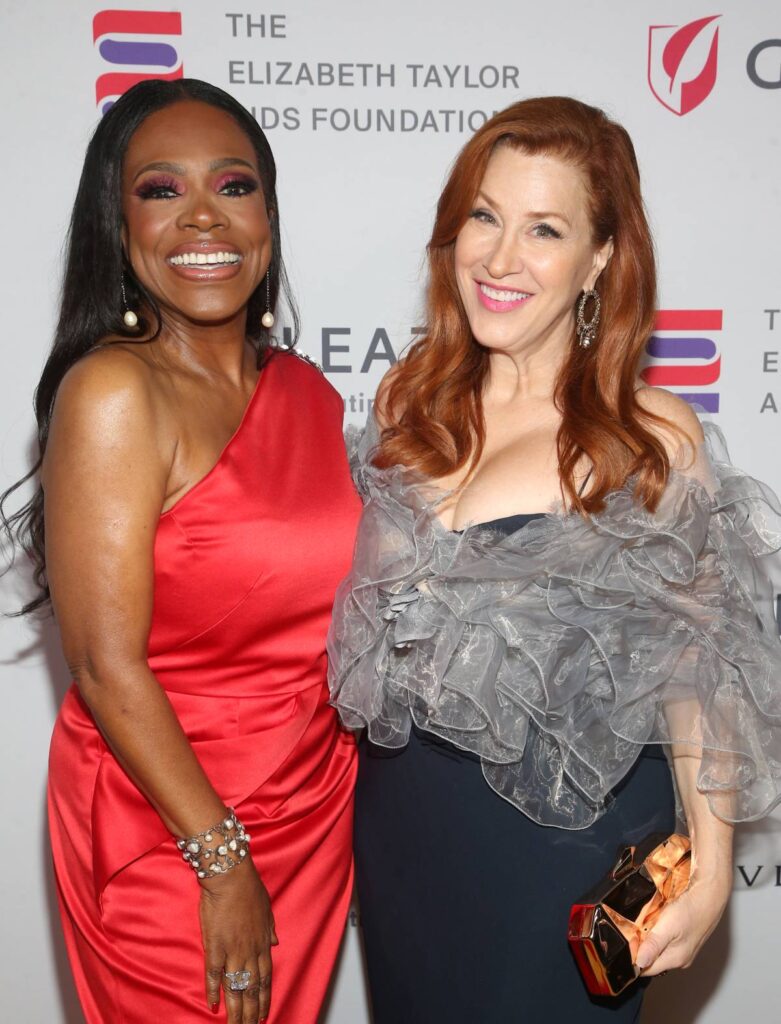 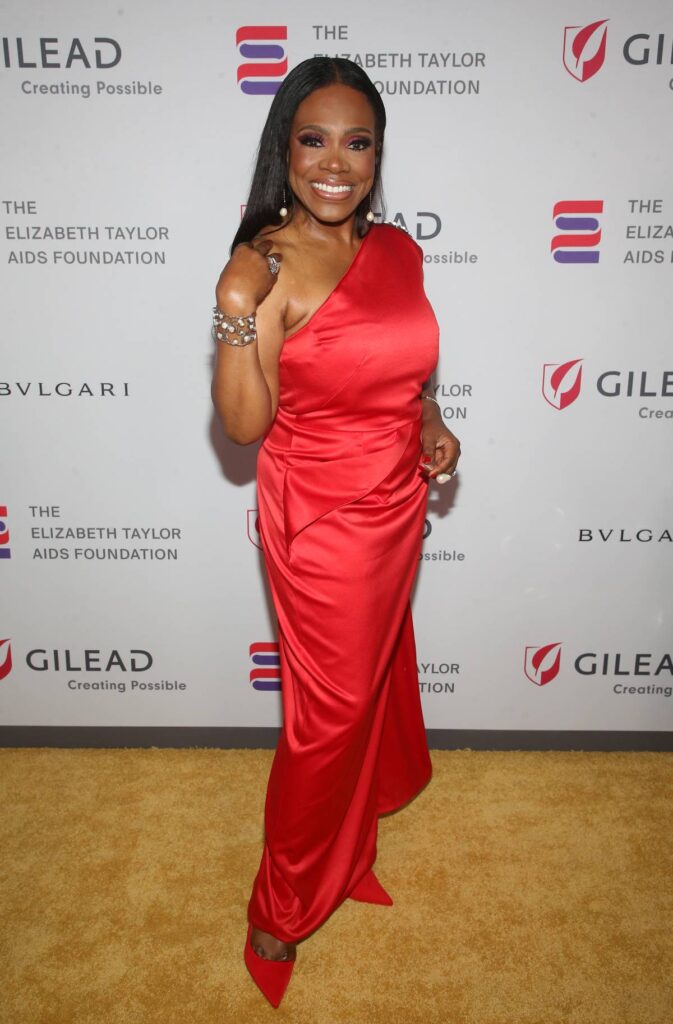 4 Responses to “Sheryl Lee Ralph’s dad was a teacher: ‘on his birthday, I’ll get a note from students’”