Brian Austin Green on parenting: ‘I don’t own these kids, they are individuals’


I forget that Brian Austin Green is the father of five boys now. He has Kassius (Yahoo spells it with a C for some reason), 20, Noah, nine, Bodhi, eight, Journey, six, and Zane, three months. Kassius’ mom is Vanessa Marcil, Noah, Bodhi and Journey’s mom is Megan Fox and Zane is Brian’s son with his current partner, Sharna Burgess. Yahoo Life interviewed Brian for their So Mini Ways parenting series and asked him about parenting his large/widely aged brood. Brian said everything’s going grand, that the boys all get along and melded together beautifully. He owes much of that to his you-do-you parenting ways. And he has Kassius as proof that he’s doing this whole Dad thing completely right.

How everyone gets along: All of them are so obsessed with Zane and just so in love with him. And there’s been no issue with that at all; there’s been no friction in the situation. Things that could have naturally happened in having a baby with someone new — the younger kids that I have taking issue with that, because there’s a new one that they’re not completely blood-related to on both sides — it could have been so difficult and just hasn’t been. From day one, they’ve absolutely embraced Sharna and now embrace Zane. It’s been amazing. It’s really been a blessing.

His parenting style: I don’t own these kids. I don’t want to push upon them my passions or the things that make me me. I enjoy the fact that they are individuals and I love really helping them find the individuality, and their passions and the things that make them them. I feel like my job as a parent is to make sure, morally, that they are good people when they grow up.

His parenting philosophy: Just love your kids. Just accept them for who they are and be loving and kind and supportive of everything that they do. Don’t let your own experiences in your own life get in the way of allowing them to experience and live their lives. Be OK with stepping back a little bit and not micromanaging the situation.

Kassius is proof he’s a good dad: I feel so blessed and I’m so excited watching him navigate the world himself. Hearing from people like, ‘Oh, I’ve met him, and he’s just an amazing human being,’ — I feel like, OK, that’s one down. I’ve done good with one so far, so four more to go. If he is any sort of [testament] of what it is that I’m doing and have done, then good on it so far. It seems to be working.

I don’t dislike what Brian is saying here, actually. I’m not his biggest fan, but that doesn’t mean he’s wrong. I bristled at his patting himself on the back and taking credit for Kassius, though. Especially given he practically abandoned the boy for his formative years. I’m never keen to a man taking credit for the work a single mom’s done. If it was a partnership that got the child where they were, say that. But for someone who has a history of going after his boys’ moms publicly when his nose is out of joint, Brian could tone his self-congratulatory note down a bit. That’s not condemnation of Kassius, who I am sure is lovely.

I appreciate the rest of the sentiment, though. Obviously, parents raise kids with the ideas and values they want to impart. But children will be their own people and that becomes one of the most interesting parts of raising them – learning about their interests and discovering things together. Sometimes they come to the things you love but it’s in their teens, years after you first introduced it. Sometimes they never get it. Brian has a point, though, trying to micromanage them into something only drives them away from it. A parent’s involvement depend on the situation and the child’s age, but knowing when it’s better to step back is a very important lesson. Even if Brian is the one teaching it. 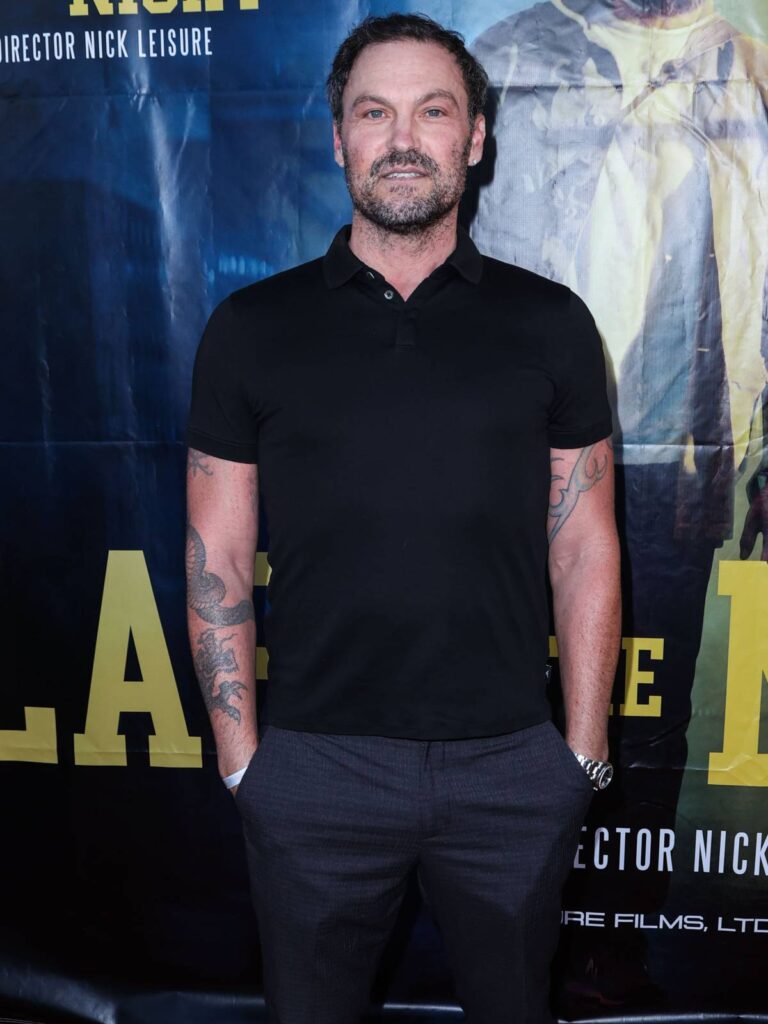 10 Responses to “Brian Austin Green on parenting: ‘I don’t own these kids, they are individuals’”