Mariah Carey: For the most part, people let you down with few exceptions


Mariah Carey continues her quest for world domination. She’s already claimed the music world, staked a claim in the booze world and is battling for her title as ruler of the Christmas world. Now she’s marching her perfectly manicured toes into the jewelry world. Mariah has collaborated on the Happy Butterfly collection with Chopard, just in time for the 25th anniversary of her Butterfly album. I’m not a butterfly jewelry person (hearts either, truth be told) but the designs are nice. The Divine Mariah C gave People an interview to discuss this latest endeavor. Of course, her schedule is tight with all her pokers in so many fires, so she gave it from her bathtub. I stan. People asked her about Butterfly the album, butterfly the significance, her new documentary that has butterfly in the name and about how she wears her jewelry. Then they threw in an antiquated, cliched question about diamonds being a girl’s best friend *yawn*. But in her answer, Mariah dropped a truth bomb that had me high-fiving my computer screen. She said (using my words here) it’s best to put your faith in something else because people will almost always let you down.

Do butterflies mean the same for her after 25 years: I don’t acknowledge time, so it’s 25 seconds, 25 minutes, whatever we want to call it. Seriously, after going through what I had to go through to even create the Butterfly album and to break free from that shell….it’s part of my 25 years and that’s kind of unbelievable. It represents so much to me as just a human being and particularly as a woman.

Her jewelry motto: The more, the better. You can stack the more everyday pieces in this collection. Even my daughter [Monroe, 11] is living for that. She cannot wait to get some of the bracelets. She wants to be a designer one day, so this was really inspirational for her. I think she really felt like her dreams were attainable.

On her new documentary: No more reality [shows]. Actually, I’m working on a documentary called the Butterfly Lounge. It started over the pandemic. I moved to a place for a while just to work with my band and create music and we filmed all of it. All of this is coming together at the exact same time. It just represents freedom and emancipation in so many ways for me.

“I don’t acknowledge time,” you hear that, people? Time has just been rendered irrelevant by order of the Queen of Christmas (trademark pending). I like Mariah’s response, actually. A symbol that marks an event can encompass the entire journey, pre and post. We shouldn’t put a time limit on the importance of something that caused us to transform our entire lives. That’s why we have anniversaries, to remind ourselves how significant those events were. I also follow Mariah’s jewelry motto. Coco Channel be dammed, I’ll stack and add until I empty my jewelry box if the mood strikes me.

Back to the Diamonds Are a Girl’s Best Friend bit. Mariah’s pieces are chock full of diamonds, which is why the interviewer asked. But Mariah mirroring the song’s cynical lyrics in her answer was unexpected and delicious. Especially for me, right now. Because honestly, I would rather put my trust in my trash bin than another human after the last few weeks. Obviously, I’m safe with those that live within my four walls but like the Ms. Mariah said, it’s a den of vipers out there. So I’ll heed Mariah’s advice and take my besties – the emeralds – to dinner tonight. 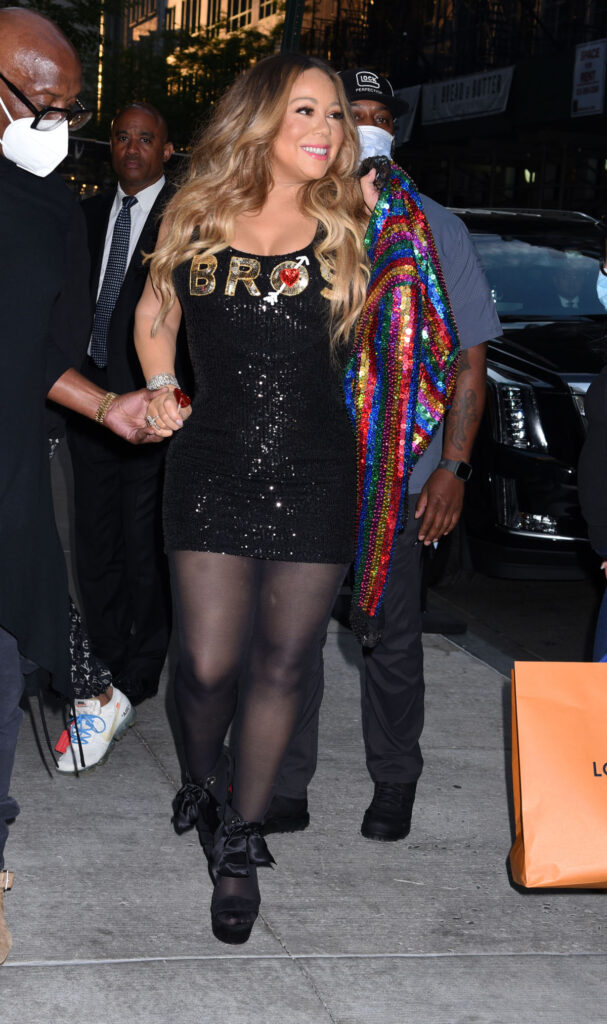 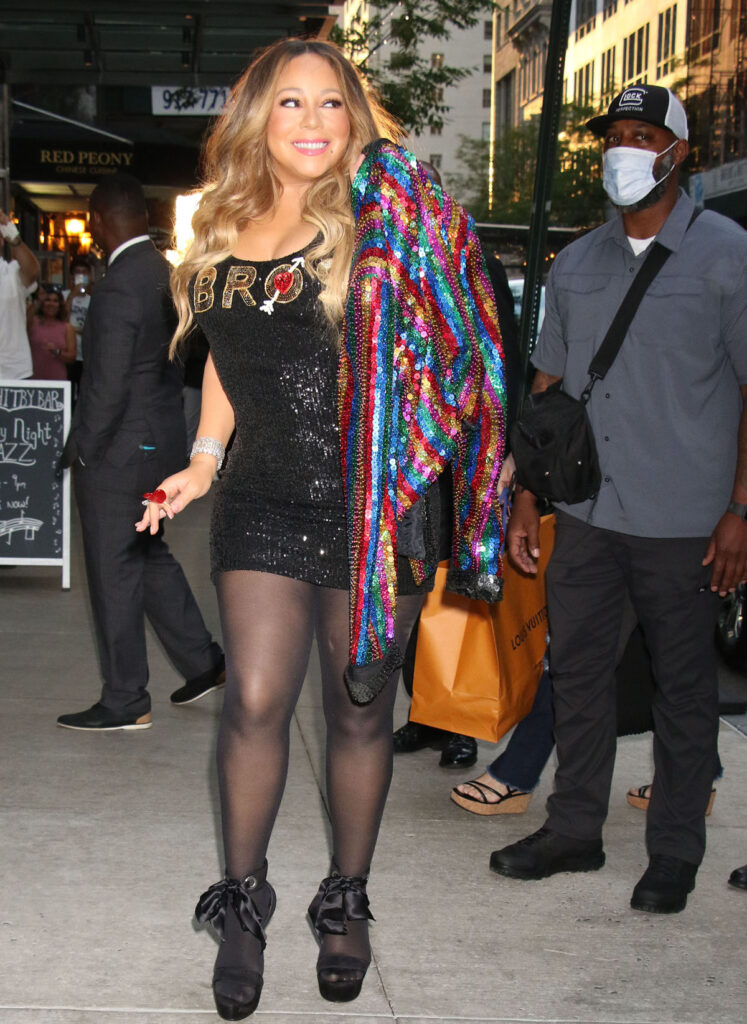 19 Responses to “Mariah Carey: For the most part, people let you down with few exceptions”