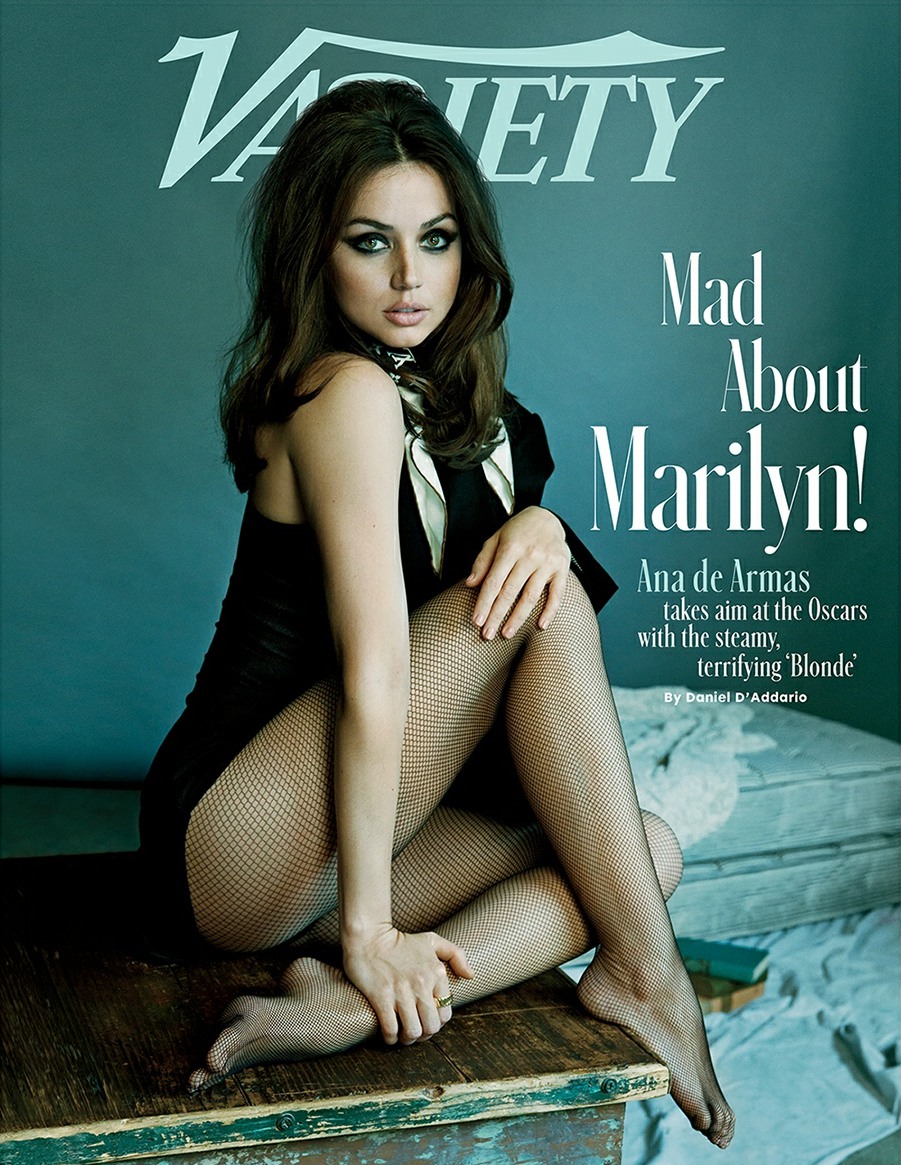 Ana de Armas covers the latest issue of Variety, all to promote Blonde, the Marilyn Monroe bio-pic (sort of). The cover and photoshoot actually leans into Brigitte Bardot-esque styling, which actually works for Ana. I friggin’ love those fishnet stockings too, this cover alone has made me want to buy a pair of fishnets. I haven’t owned fishnets since college! Lord. Anyway, Ana is promoting the hell out of Blonde but all of her magazine profiles are sort of bleeding together for me. Netflix and Ana are going the “Lady Gaga route” of making this role sound like it was the most all-encompassing and soul-crushing job of a lifetime. Except Ana at least acknowledges that she didn’t live inside Marilyn, Method-actor-style, 24-7. You can read the full Variety piece here. Some highlights:

Finally premiering ‘Blonde’ in Venice: “It’s been a roller coaster of emotions. There were moments where I thought maybe this movie would never come out.”

Chris Evans on seeing the first camera-test photos of Ana-as-MM: “I remember looking at it and saying, ‘OK, that’s Marilyn … where’s your shot? That’s you? Holy sh-t! You’re going to win an Oscar for this!’”

Why ‘Blonde’ has such raw exploitation & abuse scenes: “We’re telling her story from her point of view. I’m making people feel what she felt. When we had to shoot these kinds of scenes, like the one with Kennedy, it was difficult for everybody. But at the same time, I knew I had to go there to find the truth.”

She didn’t stay in character constantly: “When I’m doing my hair and makeup, it’s just me, it’s Ana.” But she describes her state of mind while playing Monroe as “deeply sad. I felt heavy. I felt helpless that I couldn’t change what was happening. I just had to go through a story that I know how it’s going to end.”

On direct-to-Hulu movie ‘Deep Water’: But in another disappointment for de Armas, the film was something of a disaster, receiving poor reviews and an ignominious dump on streaming. “I learned that I cannot compromise on a director,” she says of that film, which was helmed by “Fatal Attraction’s” Adrian Lyne. “Because at the end of the day, that is what the movie is going to be, and that’s what the experience is going to be, and that’s the person that you have to trust the most.”

Her pap strolls with Ben Affleck: Her ongoing role seemed to be as a partner in romantic walks with Affleck around Los Angeles in view of invasive photographers. This wasn’t exactly new for de Armas, whose screen career began in Spain after studying theater in Cuba. “When I was living in Madrid, I was a very well-known actress and had press and paparazzi after me. It’s something that you learn, unfortunately.” But the intensity of focus on de Armas’ romantic life frightened her. “I have never been someone that wants any attention that’s not about my work. So when the attention is not about my work, it is upsetting, and it feels disrespectful, and it feels inappropriate, and it feels dangerous and unsafe. But, especially in this country, I don’t know how you can find protection. I don’t know how you can stop that from happening, other than leaving.” Her breakup with Affleck was first reported in early 2021; now, de Armas lives in New York City.

She knows that naked clips & screengrabs from ‘Blonde’ will hit the internet: “I know what’s going to go viral and it’s disgusting. It’s upsetting just to think about it. I can’t control it; you can’t really control what they do and how they take things out of context. I don’t think it gave me second thoughts; it just gave me a bad taste to think about the future of those clips.”

On being a Cuban woman playing a famous American: “As drama students, we did Tennessee Williams. We did Shakespeare in Spanish. To me, this concept of ‘You can’t play this or play that’ — what does that mean? I’m an actress, I want to play that role. It’s a personal desire and ambition to play roles that I wasn’t supposed to play. To me, art is to be repeated and replicated and reinterpreted; that’s the whole point of culture. And I deserve that challenge.”

While I have qualms about a Cuban-accented Marilyn Monroe, I agree that casting Ana isn’t really problematic to me in general. There’s so much whitewashing and American-centrism in Hollywood, it’s kind of cool to see it go the other way around, for a Havana native to tackle this role. All of Ana’s quotes about Ben Affleck and Deep Water though… hilarious. Those were super-obvious pap strolls and both of them knew what they were doing. Now she wants to play it off like it was super-invasive – they were walking on the street, POSING for photographers. My God. 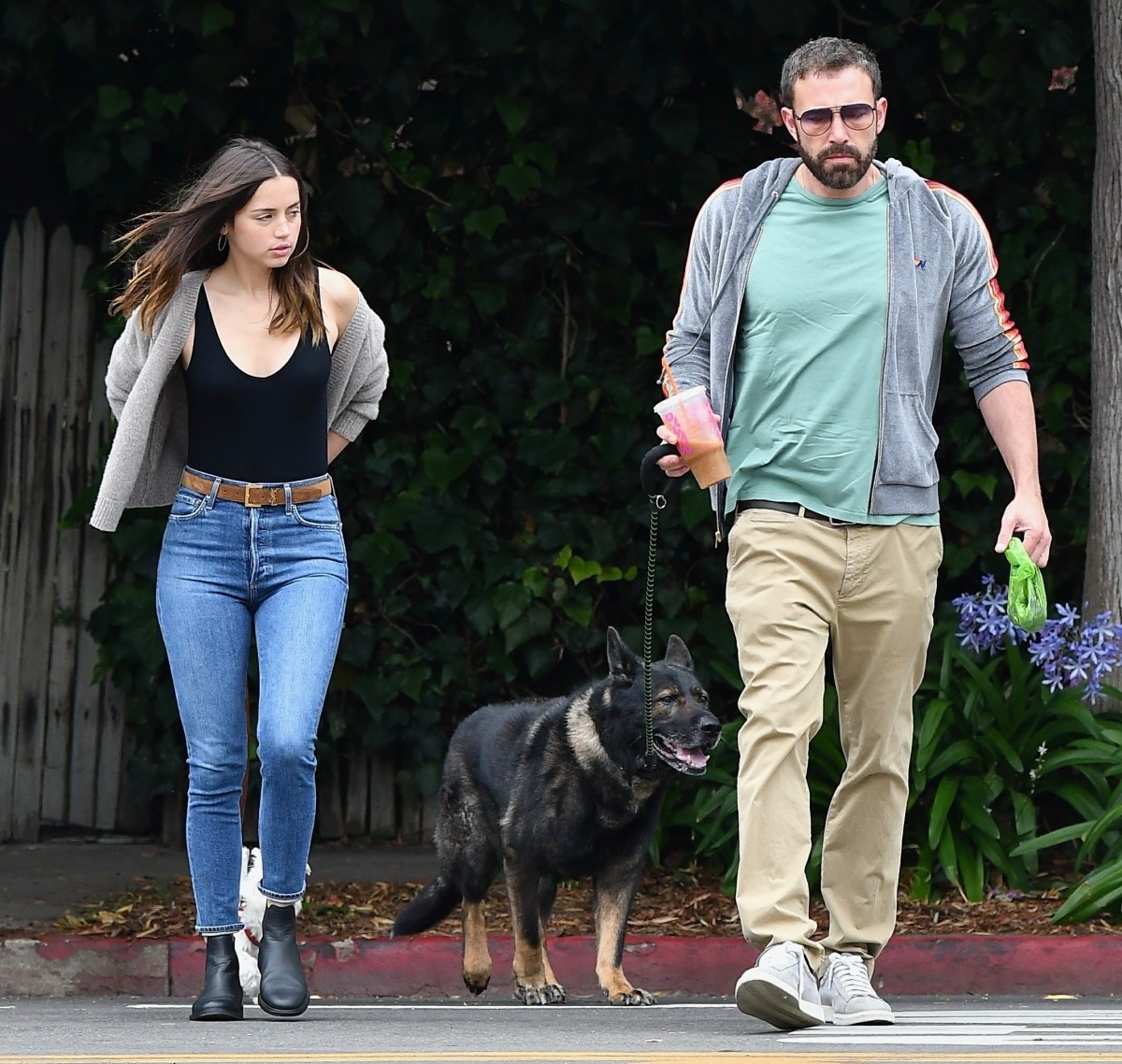 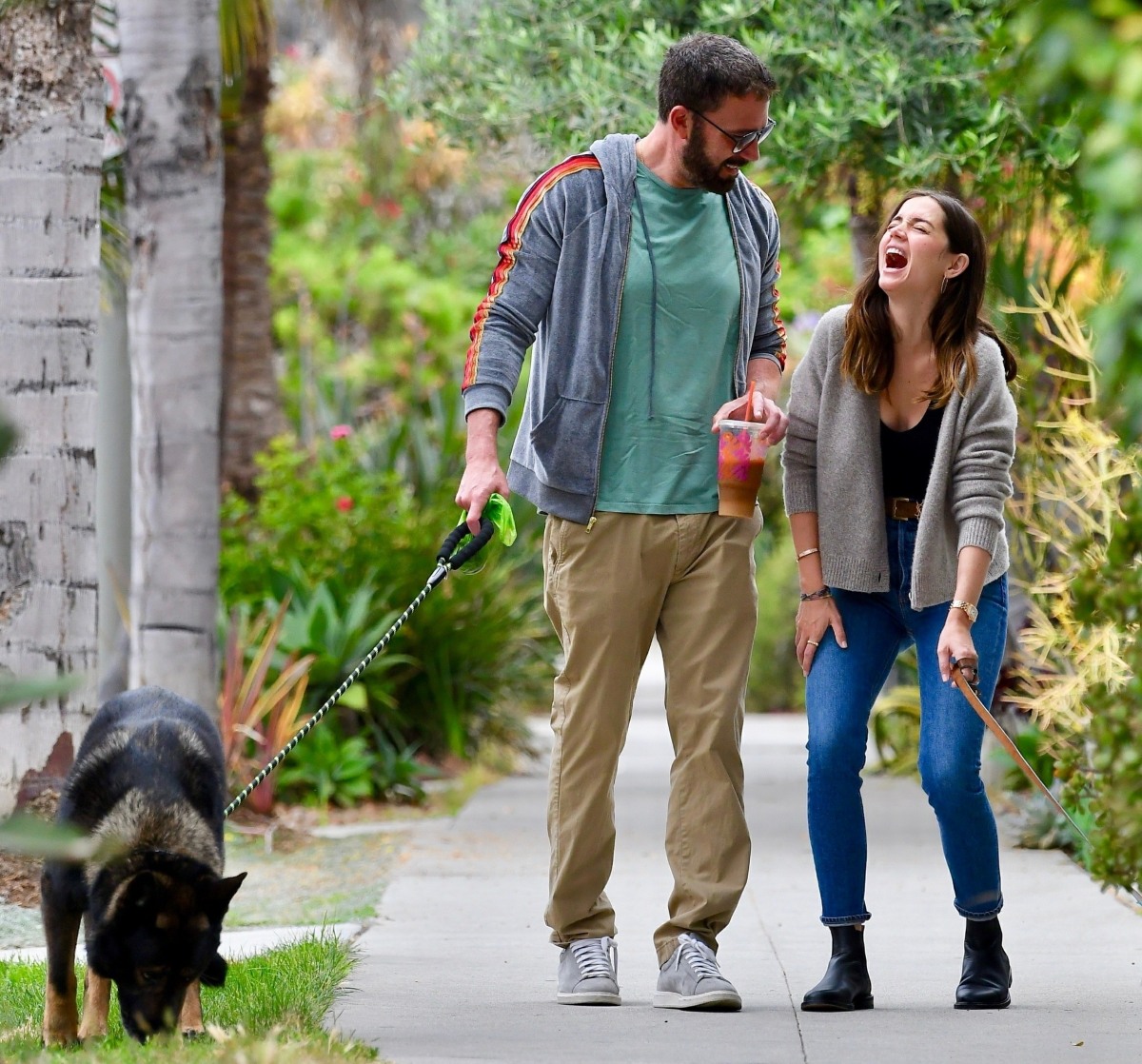