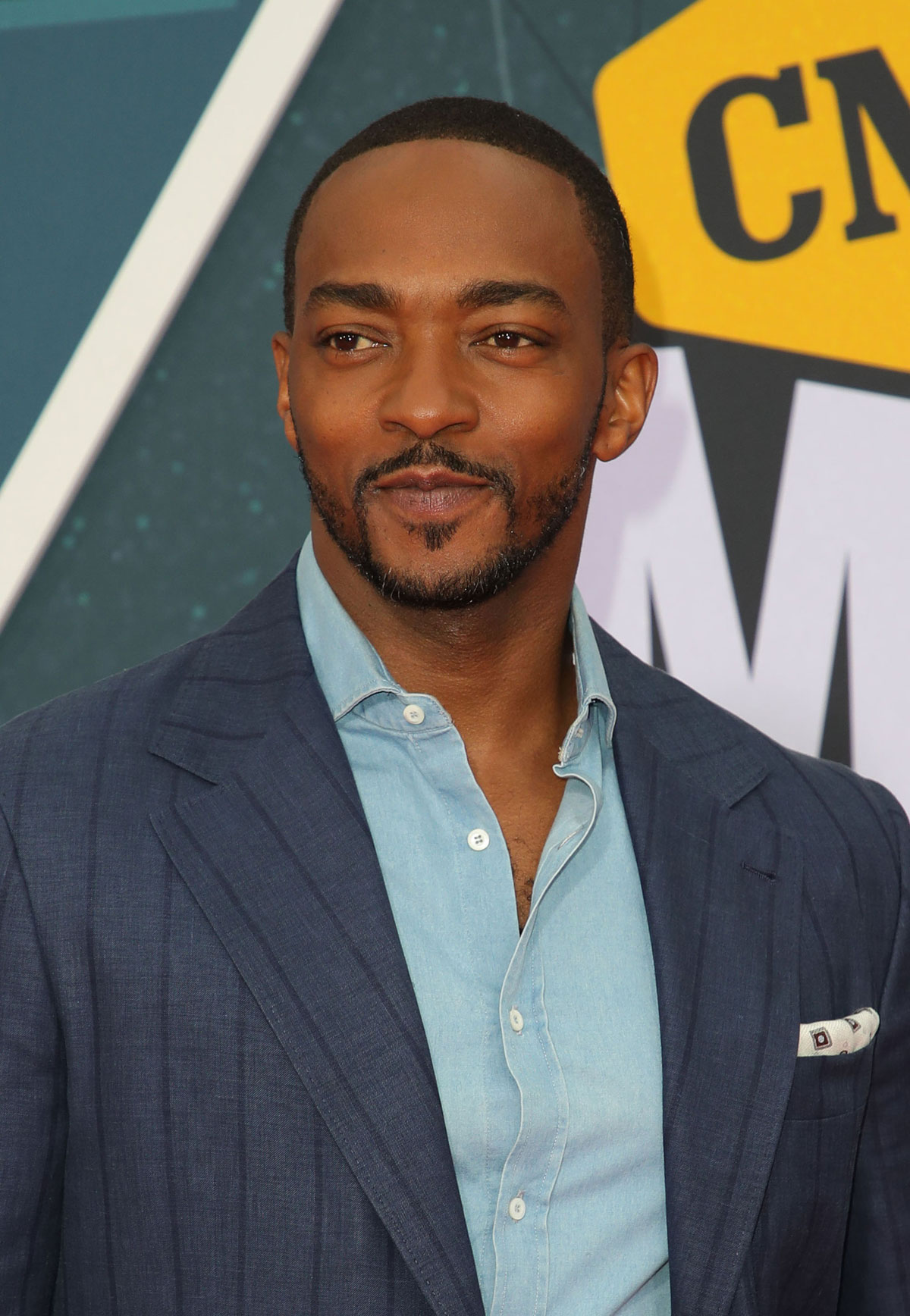 I know only about five people will comment on this because Anthony Mackie keeps a low profile and these “celebrities doing good deeds” stories don’t get much attention. People always ask for them though so honk if you want more stories about celebrities being good people! As many of you know I love Anthony Mackie. I know The Falcon and The Winter Soldier came out a whole year and a half ago, but don’t sleep on Anthony Mackie. He is an incredible actor and I’m excited to see him as Captain America. Mackie spends his non-acting time running a remodeling business in New Orleans, where he lives. He has a crew of people working for him and he does a lot of the work himself. That includes when he is volunteering to help others. Anthony is part of a volunteer effort with roofing company GAF that is helping repair homes in the Seventh Ward which were damaged by Hurricane Ida last year. He met with the homeowners he was helping and posed for photos, but it looks like the local news were the ones picking up and promoting this story – not his publicist. He did post about it to Instagram.

A superhero is now coming to the rescue of families with roof damage in the Seventh Ward and beyond.

The Marvel Studios star was part of the crew installing a new roof on the storm-damaged house.

“To be able to show up and help somebody with the basic foundation of their home is very important,” Mackie said.

Evans, a 90-year-old Korean War veteran and his daughter Redell Warren were excited to meet Mackie.

“He was up there too with the guys on the roof and everything,” Warren said. “I knew the face then I said I know that face. My grandson, he’s 14, he watches the movies and he said that’s the man from Marvels, the hero, you know.”

The award-winning actor is proud of his roots.

Mackie’s father was also a roofer in the Seventh Ward.

“There were many people in our neighborhood, he would go to their houses on the weekend and do some patchwork on the old lady on the corner’s roof because he saw that some of the shingles were not right,” he said.

Mackie is teaming up with roofing manufacturer GAF and Rebuilding Together New Orleans to repair and replace 500 roofs throughout the Gulf Region, starting with 150 in the Seventh Ward.

As my friend Zakia who sent me this story said, “Brad Pitt would never.” Also, look at how Mackie just showed up, did the work and interacted with people and didn’t center himself in this story! This is so rare. It took other people recognizing him for this to get coverage and I would bet he’s done this for countless other families without being noticed. I respect and appreciate him so much.

Captain America: New World Order is in preproduction now and filming starts next year. Mackie told E! News that he wants a fight scene that will rival the elevator fight scene in The Winter Soldier. He also had the most wholesome interview with Laverne Cox at the Grammys where he told her that he’s known her for 25 years because she used to wait on him and his friend at the restaurant where she worked in Union Station.