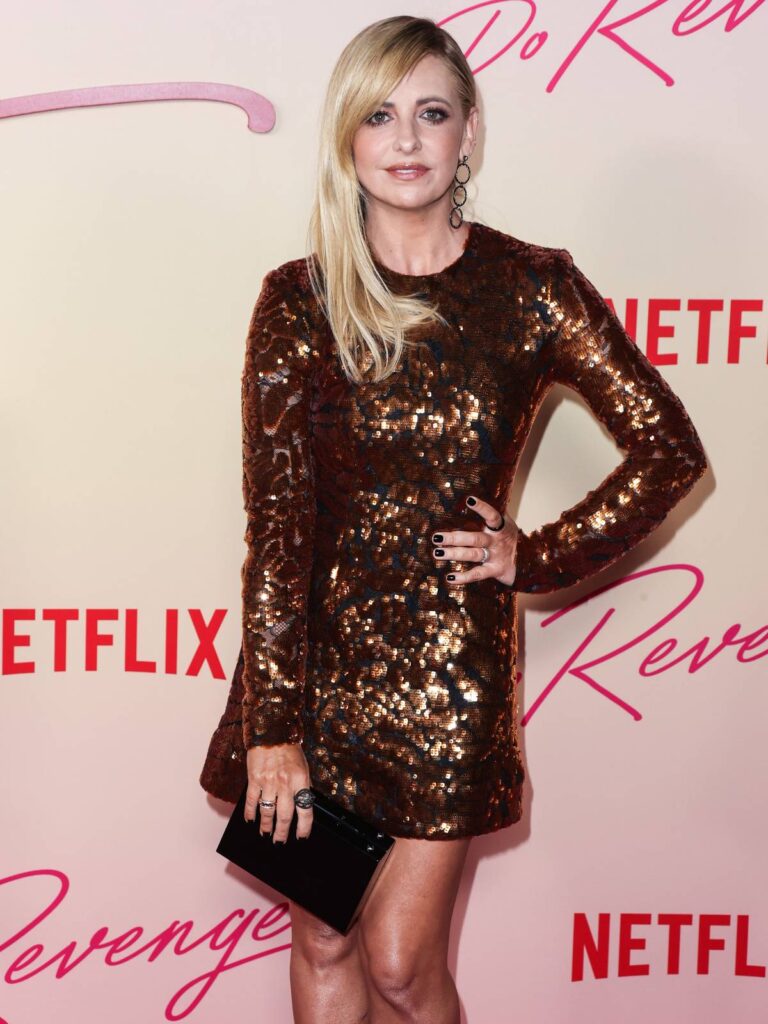 Sarah Michelle Gellar and Freddie Prinze, Jr. have two kids, Charlotte, 13 and Rocky, 10. For the most part, they’ve kept the kids out of the spotlight, choosing to speak about their parenting instead. Both Freddie and Sarah have spoken about the fact that they consider themselves to be stricter parents than most. They really target the kids’ phones when it comes to rules, like limiting time and not allowing phones at the table. Sarah recently told Yahoo’s So Mini Ways parenting series that she also restricts the kids on social media and doesn’t allow them to have their own accounts, primarily because once it’s on social media, it’s out there forever. Sarah likened posting online to getting a face tattoo, saying what her kids want now, they’ll regret later.

As a mom of two children, Sarah Michelle Gellar runs a tight ship.

The Do Revenge star, 45, says she and husband Freddie Prinze Jr. don’t allow their children, 13-year-old Charlotte and 10-year-old Rocky, to have their own social media accounts.

“Our rules are probably stricter than most. Our kids don’t have social media,” Gellar tells Yahoo Life’s So Mini Ways. “They’re allowed to look sometimes when it’s our phones. Sometimes, our kids will be like ‘you guys are the strictest household!’ But I say, ‘yes, but everyone still wants to come here!'”

To emphasize the permanence of what’s posted on social media, Gellar told her kids that it’s the equivalent of getting a Paw Patrol tattoo on your face at age 5.

“Because at that age, there’s nothing better than Paw Patrol. And now you’re 10 and [13], and you still have these tattoos on your face and it’s not even who you are anymore,” explains Gellar, who rose to stardom on All My Children and Buffy the Vampire Slayer. “That’s a very hard concept for young kids to grasp.”

Still, she has no qualms about enforcing the rules with her busy family.

“I believe kids need to know what their limitations are, and they actually thrive in that environment. We’re not mean, we’re not unnecessarily strict, but we have rules,” the actress says. “And the same way I abide by my code of rules, I expect the same from our children.”

Sarah and Freddie’s sense that they’re strict is likely relative to raising kids in Hollywood. Social media is used differently in their circle. Many people, including Sarah and Freddie, use it as a part of the livelihood. So they’re more liberal when it comes to their kids because it’s so prevalent in the home already. In that environment, I’m sure Sarah looks like the strict mom not letting her kid have a TikTok. By contrast, their rules are pretty normal for my kids and their friends, and I’m not considered strict. But everyone follows my rules when they are in my home, just like my kids follows their friends’ parents’ rules in their homes. But that’s suburbia, not moneyed Hollywood.

I like Sarah’s face tattoo analogy, actually, because of the reasons she cites. And those are the kinds of calls parents need to make for kids before they get free reign of unlimited content. Because a child grows and matures so much in those years. And Sarah and Freddie aren’t isolating their kids from their Hollywood world, just introducing it slowly. Sarah recently brought Charlotte to her Do Revenge premiere, which was incredibly rare to see a Prinze child on the Red Carpet. Charlotte looked adorable in a hot pink double-breasted suit and tennis shoes, too. So maybe Sarah and Freddie are Hollywood Strict, but they seem to have it figured out for their family.

Side-note: this clip of Sarah getting emotional watching Selma Blair compete on Dancing With the Stars will also make you emotional. *sniff* 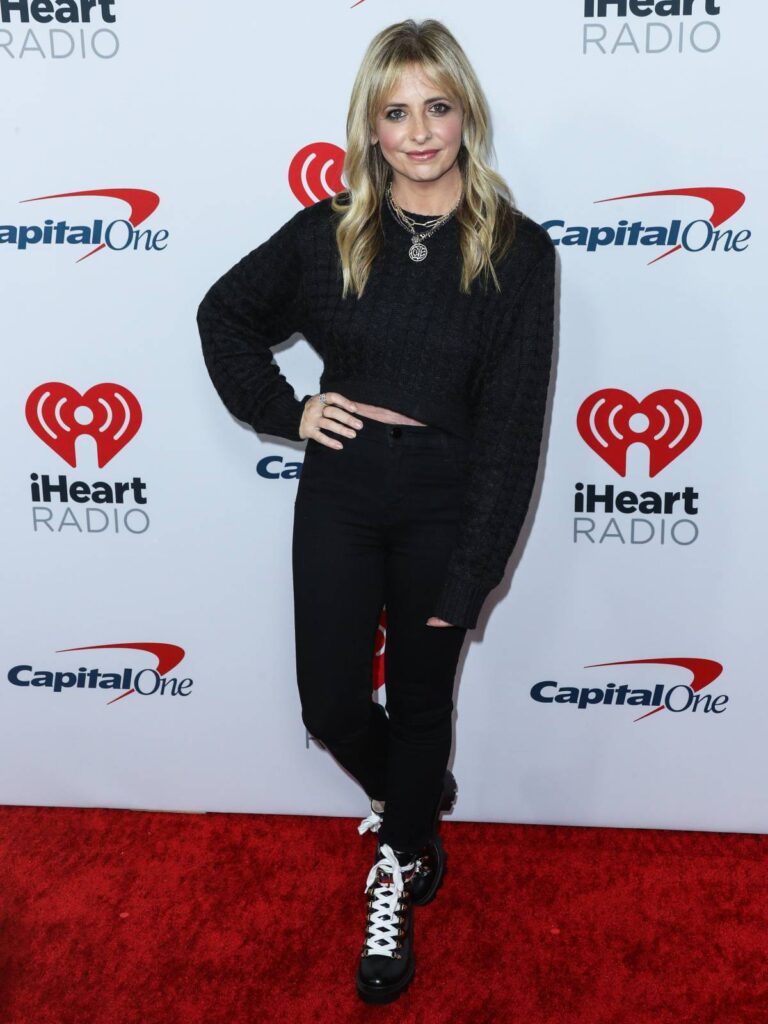