Ciara on her deep Southern roots: ‘There’s so much sauce, so much character’ 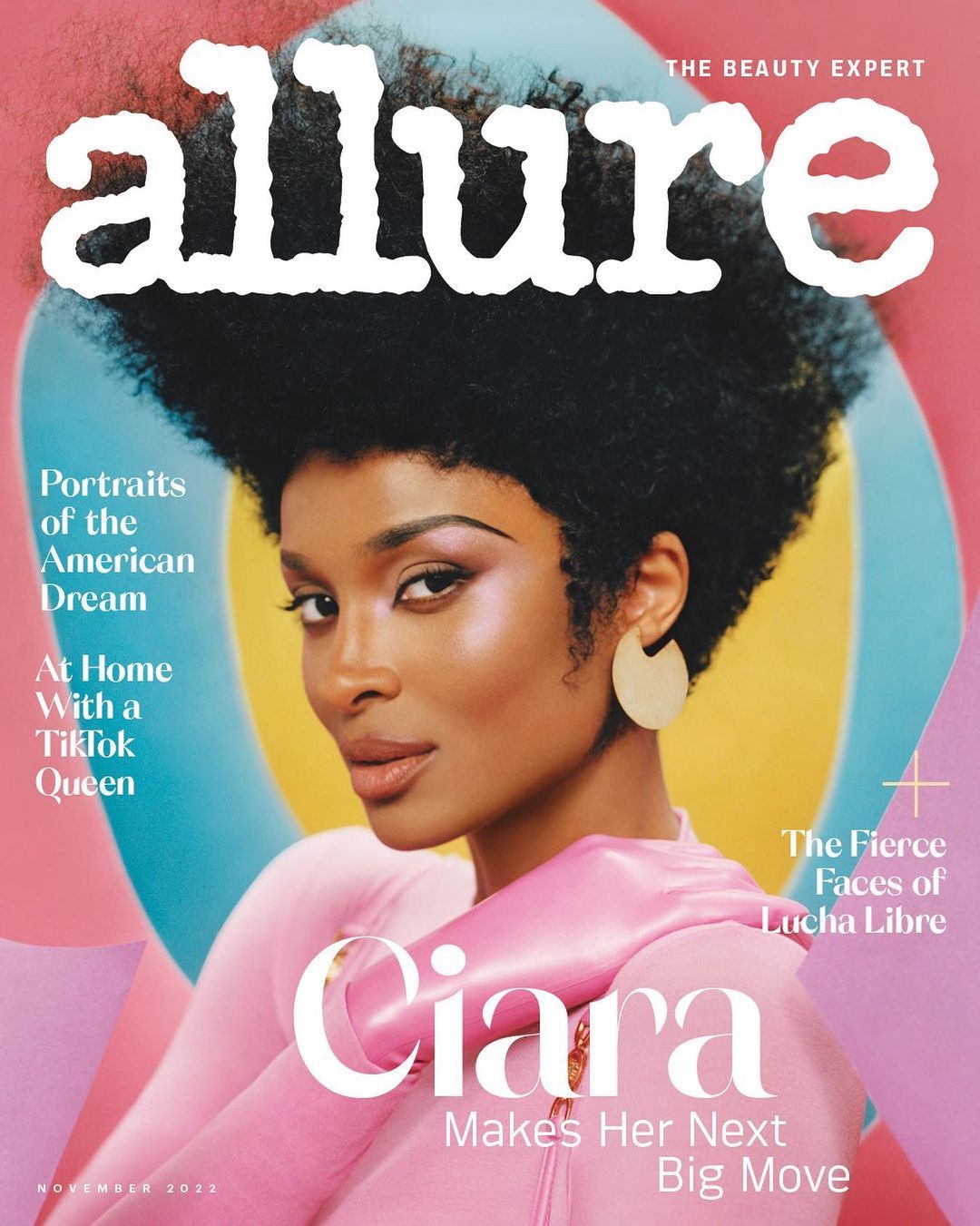 Ciara is 37 years old, happily married and a mother of three. She broke free from Future and now she’s married to Russell Wilson, who seems to adore her and respect her. Ciara covers the latest issue of Allure to talk about new music – yes! – but she’s also shilling for her new skincare line. Everyone has a skincare or a makeup line these days. The market is incredibly oversaturated. While Ciara has great skin and I love to hear her talk about what she does to look so glowy, I just don’t know how any celebrity can justify starting another skincare company! Some highlights from Allure:

She’s actually from Decatur, not Atlanta: “As a collective, we all come from different locations within Georgia, but still, it’s just Atlanta. It’s just how it kind of happened naturally.” According to Ciara, “there’s something in the water, as they would say. Even down from being a cheerleader growing up in the South. There’s so much sauce, so much character. The people. How we all talk. Sometimes, when I go home, it’s like speaking another language because of our Southern drawl. It’s different. You don’t really know it until you see it. It’s an energy.”

Her dream as a kid: “You would’ve asked me what my job was going to be when I was this eight-year-old girl in Decatur, Georgia and I would’ve told you I’m going to be doing hair. I was going to own hair salons. That was my vision. Hair was a big part of how we expressed in Georgia.”

How her prayers were answered: “Now, I will say this: I ain’t just have one prayer that I prayed when I was going through some things. I had many a night where I prayed, but I looked at it as a sweet opportunity to spread love and hopefully inspire people and pour some positivity into their hearts as they listen to it and to speak life.”

Her skincare line OAM (On A Mission), launched into an oversaturated market: “Honestly, I don’t really think about what everyone else is doing so much because I know the uniqueness of my product… You look around and you’re starting to see more women building out their beauty brands. I think that’s pretty amazing because it shows the power of how you can really build something if you desire to, and it’s also showing you the power of your platform. It’s been amazing to see how women have been taking charge and flipping the way we thought we always had to go through someone to do something. No, you can do it yourself. I think that’s a really beautiful thing that’s happening. As far as the competitive part of it, all I know is what I built, and I know what I built is something special, and I believe in that. I think whenever something is right, if people receive it, it rises on its own way.”

I vaguely remember Ciara as part of the “Dirty South” music energy when she first came around, but for some reason I did not realize that she’s from Decatur/Atlanta. So she’s REAL Southern. Wow. And she’s right – Southerners are just different. There is more sauce. The only competition for sauce of that kind is probably New York? As for her skincare line… ugh. I mean, she’s doing it for herself and because she wants to. I wish celebrity women would move on to the next thing though – remember whenever everyone had a lifestyle site? It feels like newsletters are already becoming the next big thing, but some of the girls are still stuck on skincare and makeup lines. Let me brainstorm for a second about what the new side-hustle should be…celebrity scarf lines. Celebrity boat lines. Celebrity hospital wings.

10 Responses to “Ciara on her deep Southern roots: ‘There’s so much sauce, so much character’”