Michelle Obama: ‘Not a lot of conversation about menopause. I’m going through it’

Michelle Obama’s latest book, The Light We Carry, comes out tomorrow. There are so many great excerpts out there because she always writes about the pulse of the nation. Michelle is 58 years old (and a fellow Capricorn). Like most women in their late 50s, Michelle is going through menopause. And like many women her age, menopause was not a topic of conversation. As she noted, “information was sparse.” Now that she’s experiencing it, Michelle is joining Naomi Watts and Beverly Johnson in speaking up about putting menopause into the conversation.

When PEOPLE sat down with Michelle Obama on the eve of her 50th birthday, the then-First Lady said she was hungry for information —from her mother, from girlfriends — about menopause.

“I want to know what I’m getting into,” Obama said back then, noting with a laugh: “My mom is like, ‘Menopause? Yeah, I think I went through it.’ She doesn’t remember anything.”
Eight years later, Obama knows first-hand, but the information still isn’t as available as she would like.

“There’s a lot we don’t know,” Obama, 58, says in an interview previewing her upcoming new book The Light We Carry, on sale Nov. 15.

Those girlfriends, whom she used to gather together for regular fitness “boot camps” when she was in the White House (earning her the group’s nickname, “Drillmaster”), have given her more than just moral support during this time of physical change.

“I find that when we get together and we’re moving and we’re laughing, then we spend a little time talking about what we’re going through. ‘What’s a hot flash?’ We have girlfriends around the table who are OBGYNs, who have real information. All of that keeps us lifted up.”

Obama’s workouts have changed. “Some of it is menopause, some of it is aging,” she says. “I find that I cannot push myself as hard as I used to. That doesn’t work out for me. That when I tear a muscle or pull something and then I’m out. The recovery time is not the same.”
Her fitness routine is now focused on flexibility, she says: less cardio, more stretching. “You wind up balancing between staying fit enough and being kind enough on your body to stay in the game.”

In The Michelle Obama Podcast, which launched in July 2020, Obama disclosed that, under her doctor’s guidance, she used hormone replacement therapy to treat her hot flashes.

Elaborating on that decision, Obama says now, “I’ve had to work with hormones, and that’s new information that we’re learning. Before there were studies that said that hormones were bad. That’s all we heard. Now we’re finding out research is showing that those studies weren’t fully complete and that there are benefits to hormone replacement therapy.

“You’re trying to sort through the information and the studies and the misinformation. So I’m right there.”

What is it with our moms just “forgetting” what menopause was like? Were they so conditioned to not discuss “wimmen matters” that they actually blotted those memories? It’s like parents telling a kid a shot isn’t going to hurt in the hope that that will somehow lessen the actual pain. By pretending menopause is so inconsequential the hot flashes, brain fogs, irritability, mood swings, hair loss, dehydration, fatigue, and general feeling of becoming invisible to the world seem much less of a bother. No thanks. I do much better when I know the enemy I’m fighting.

There’s a lot of discussion about fitness and health in Michelle’s book. It makes sense since that was her cause as First Lady. I love her approach to it in menopause. She said her goals have changed. Like “instead of having ‘Michelle Obama arms,’ I just want to keep moving.” I think that’s key. I shifted my fitness goal in menopause too. I switched from weight loss to strength. I got much stronger (shout out to my trainer Stephanie the Destroyer!) and the upside is, I ended up losing weight. Look, the shot is probably going to sting, and menopause is likely going to suck. But at least now we can get through it together. 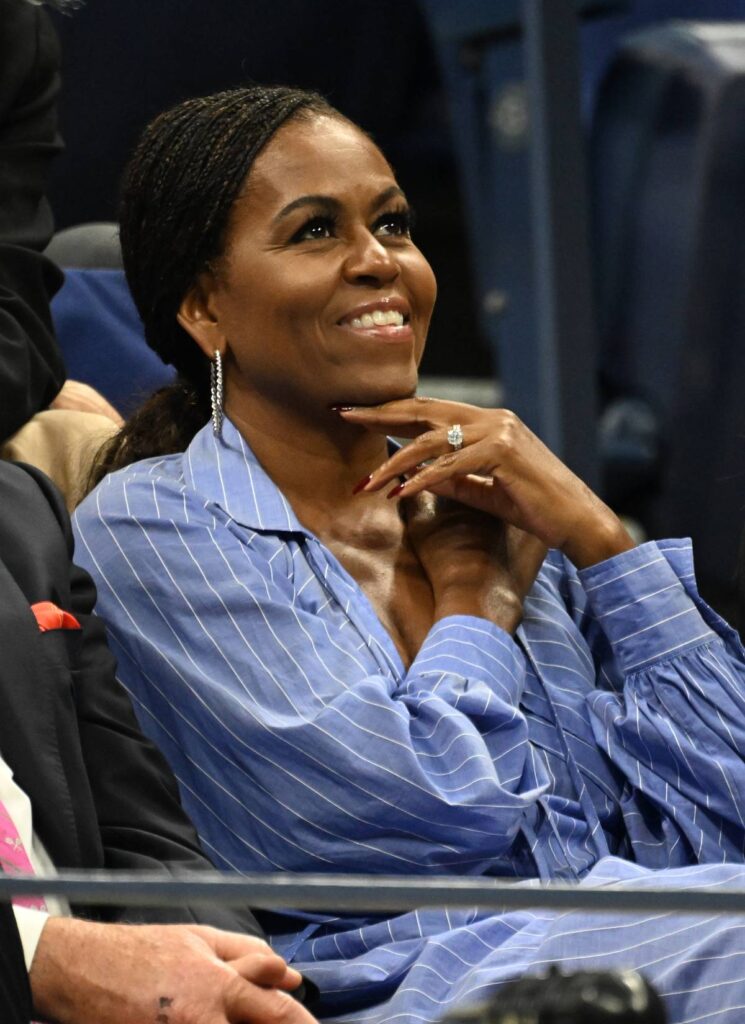 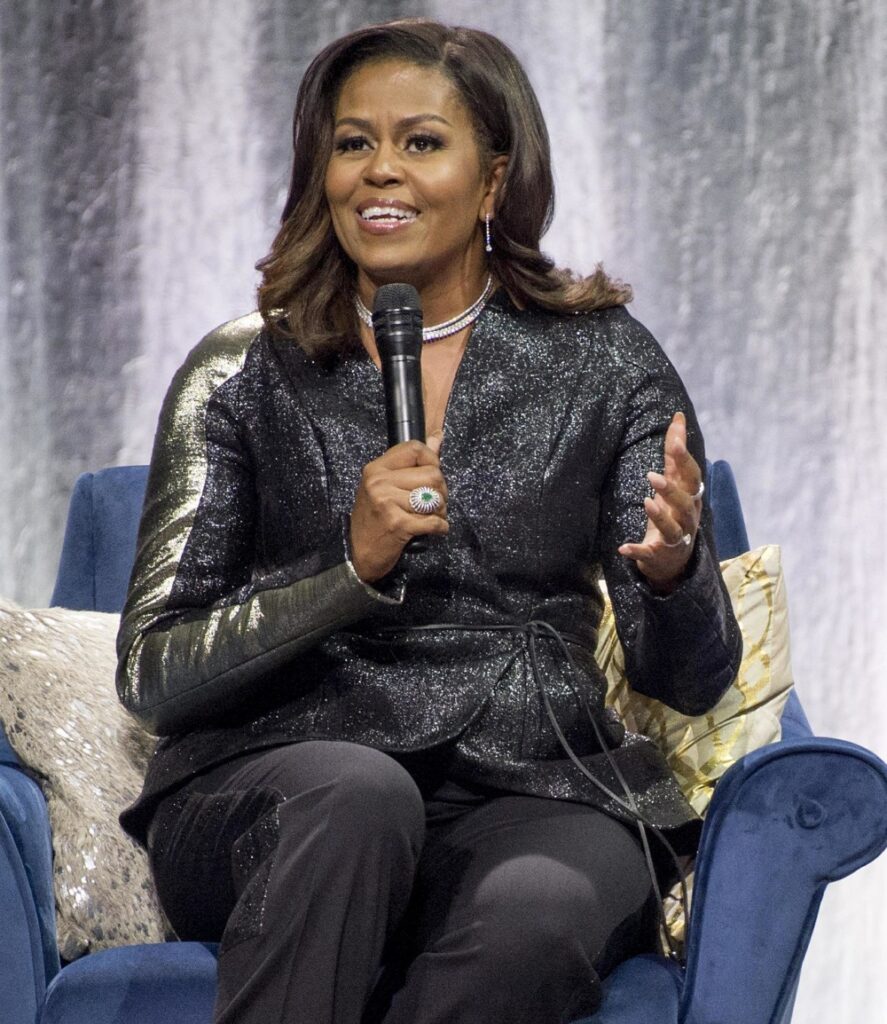 75 Responses to “Michelle Obama: ‘Not a lot of conversation about menopause. I’m going through it’”