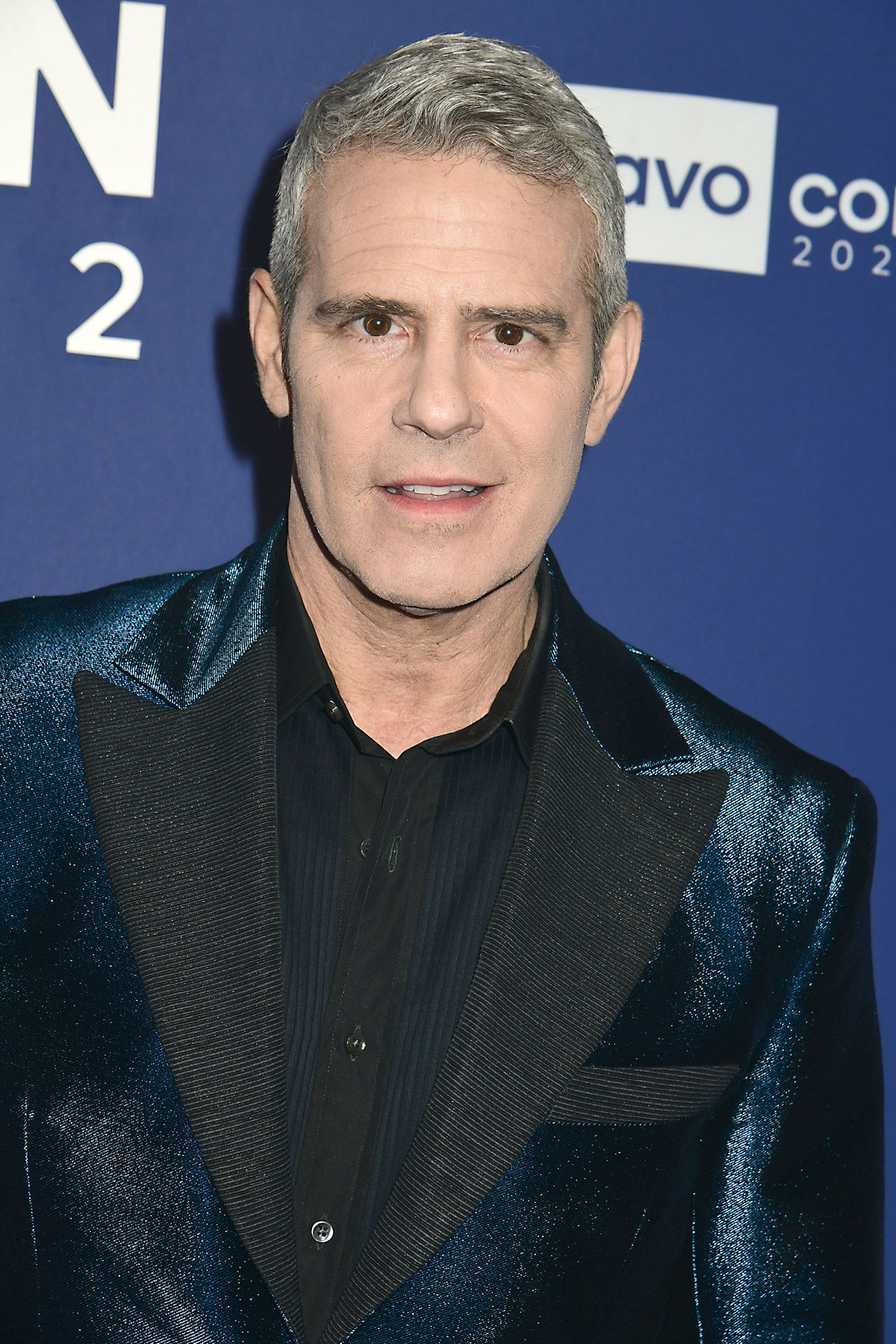 Andy Cohen and Anderson Cooper typically get pretty drunk during their CNN New Year’s Eve special. Anderson holds it together a little bit better than Andy does, which makes sense given their personalities, but they both get on the same level. Andy just gets himself in a bit of trouble by going on random tirades, while Anderson chuckles and half-heartedly tries to stop him.

As Kaiser covered just after the last broadcast, CNN has no plans to fire Andy despite him going off on the likes of former Mayor de Blasio and Ryan Seacrest. However, the network does plan to dial back the drinking overall. In a town hall, CNN’s chairman and CEO told staff that he thinks on-camera drinking damages their credibility and respectability. Andy gave Variety’s coverage of the meeting the “Jackhole of the Day” award on his show, saying he still plans to party.

Andy Cohen has no plans to be sober on New Year’s Eve. On Wednesday night’s episode of Watch What Happens Live, the 54-year-old host gave his signature “Jackhole of the Day” award to the Variety article with the headline, “CNN Plans to Sober Up Boozy New Year’s Eve Coverage.”

Cohen made headlines during last year’s show for his boozy antics while live on air with pal Anderson Cooper.

On Wednesday’s WWHL, Cohen noted, “The article does point out that Anderson and I are still allowed to drink.” He then jokingly shared a clip from last year’s show where he said “sayonara suckah” to his sobriety.

Cohen then told his camera person to zoom in tight on his face as he passionately shouted and stood up to get closer to the camera.

“I just want you to know Anderson and I are going to party harder than we have ever partied before on New Year’s Eve!” he bellowed. “Do you understand me?!”

The Variety story notes, “While Anderson Cooper will still be able to imbibe during primetime hours — along with his co-host Andy Cohen — while the duo holds forth in Times Square, correspondents and anchors who may have slurped down alcoholic concoctions on camera (or off) in the past will be required to halt the practice.”

It adds that in a town hall between CNN staffers and the company’s chairman and CEO Chris Licht, Licht told employees “he felt on-camera drinking eroded the credibility of CNN personnel and damaged the ‘respectability’ they may enjoy among viewers.”

Following his New Year’s Eve broadcast last year, Cohen opened up on Howard Stern’s SiriusXM show about his and Cooper’s drunken night, declaring, “I will not be shamed for having fun on New Year’s Eve. That’s why I’m there. That’s why they bring me there.”

He doubled down at the time, noting, “There will be no apologies for drinking on New Year’s Eve. None.”

Cohen did admit to having one New Year’s Eve regret on his Radio Andy show, saying, “The only thing is that I slammed the ABC broadcast and I really like Ryan Seacrest. So that I really regret, I really do.”

I guess Andy gave us a little sober preview of the drunk belligerence we can expect this year. I know Andy is problematic and can be really obnoxious, but I do enjoy his appearances and as a TV persona he works, which is exactly why they’re not firing him. Anyway, I honestly think this whole thing is a little silly and uneven on CNN’s part. Yes, they (Andy) are a little obnoxious, but it’s amusing and people watch and who really cares (except de Blasio). The CEO is taking a milquetoast stance by saying he feels then on-camera drinking is a problem, but then still allowing Andy and Anderson to do so, but banning the other correspondents and anchors. If you’re going to do this, ban everyone or no one, don’t pick and choose. He knows it gets viewers, so that’s why Andy and Anderson can continue to drink despite his weak warning. It’s unfair, especially since the other anchors and correspondents apparently aren’t even supposed to sip on champagne off camera either. Other CNN talent like Don Lemon don’t come off any worse than Andy Cohen, ffs. Also, how does Andy have a “Jackhole of the Day” award and not award it to himself every time?