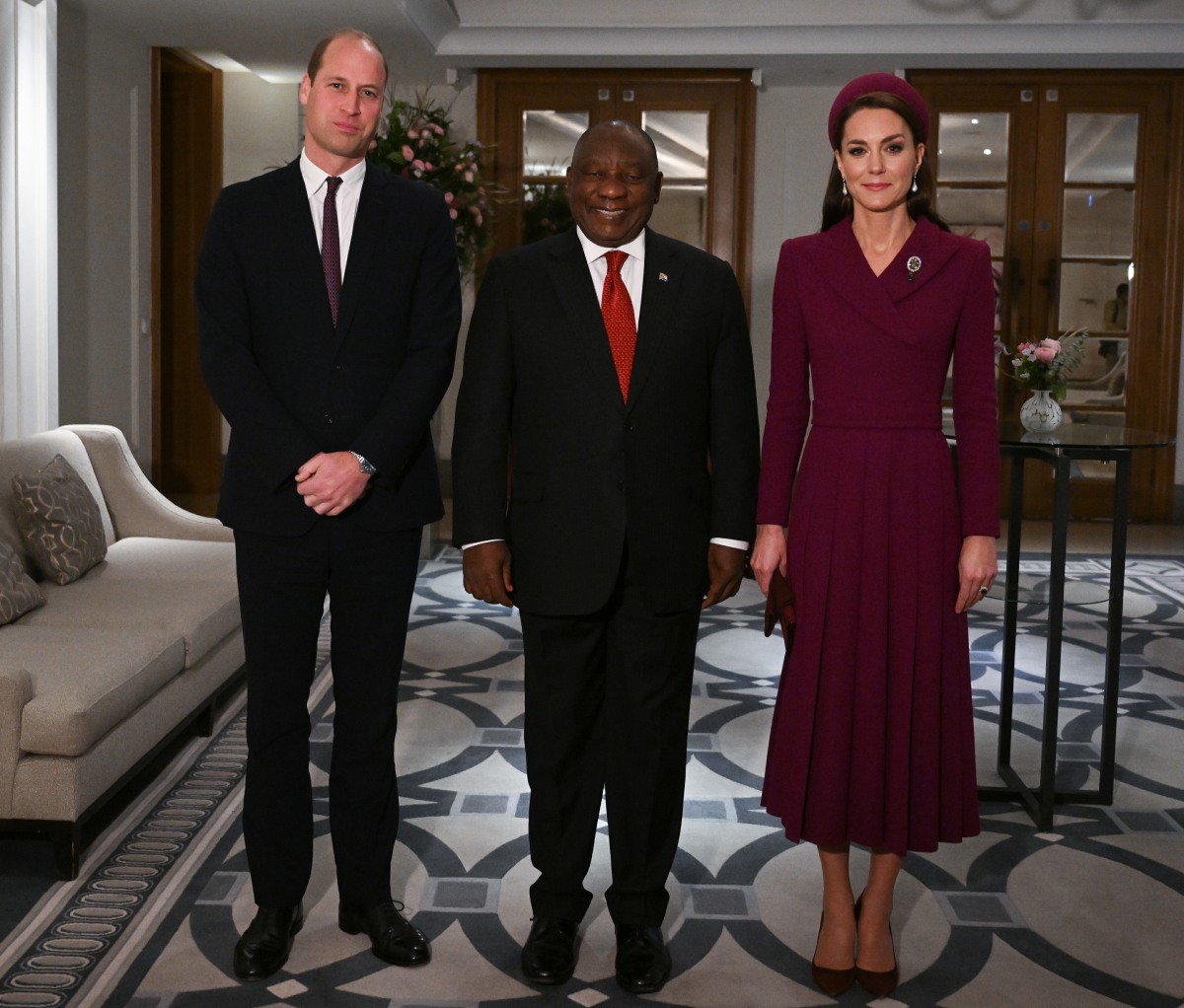 South Africa’s President Cyril Ramaphosa began his state visit to the UK today. This is the first state visit of King Charles’s reign, and Charles has put out the literal red carpet for Pres. Ramaphosa. Interestingly enough, the president’s wife was supposed to join him on this state visit, but she mysteriously canceled at the last minute. Upon the president’s arrival, he was greeted and escorted by Prince William and Kate, who met the president at the Corinthia Hotel. Then he had to deal with King Charles and Queen Camilla and all of the military pomp, inspecting the troops and listening to the South African national anthem.

While King Charles hosting his first state visit is a very big deal for him, it’s also a big deal for the Prince and Princess of Wales. Charles has to try to give these two 40-year-old diplomatic lightweights a crash course in soft diplomacy. All Kate cares about is the clothing and jewelry though. She wore a new Emilia Wickstead coatdress in a dark berry shade. She paired it with a £1,720 Jane Taylor hat and a £495 Mulberry bag. She wore pearl earrings which were a gift to Princess Diana and she also wore the official PoW fleur-de-lis three-feather brooch. Kate really got her hands on all of Diana’s old jewelry.

This evening, Charles will host the state dinner and of course people have been talking about which tiaras will be worn by Camilla and Kate. I’m guessing Kate will carefully select one of Diana’s favorites. 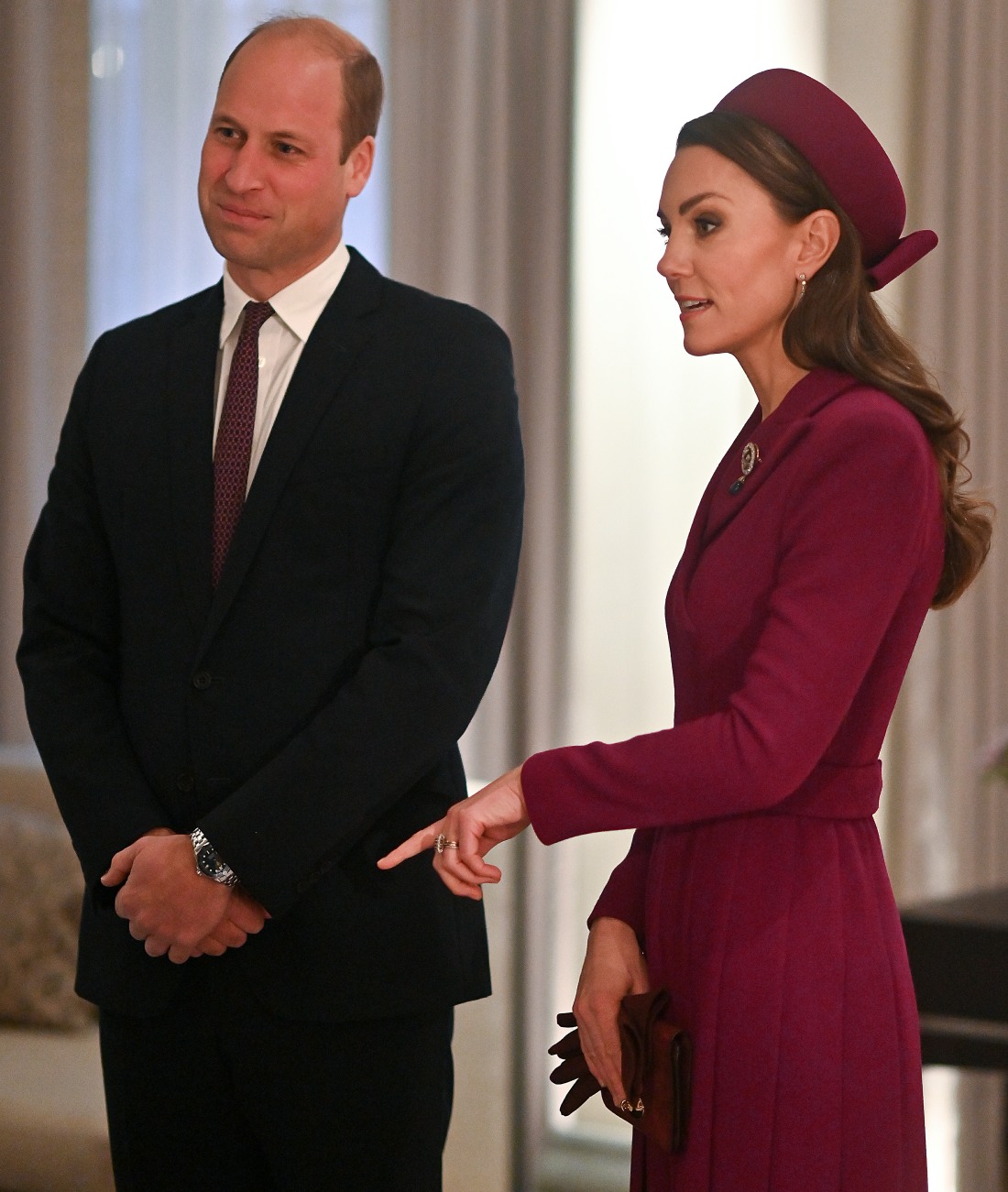 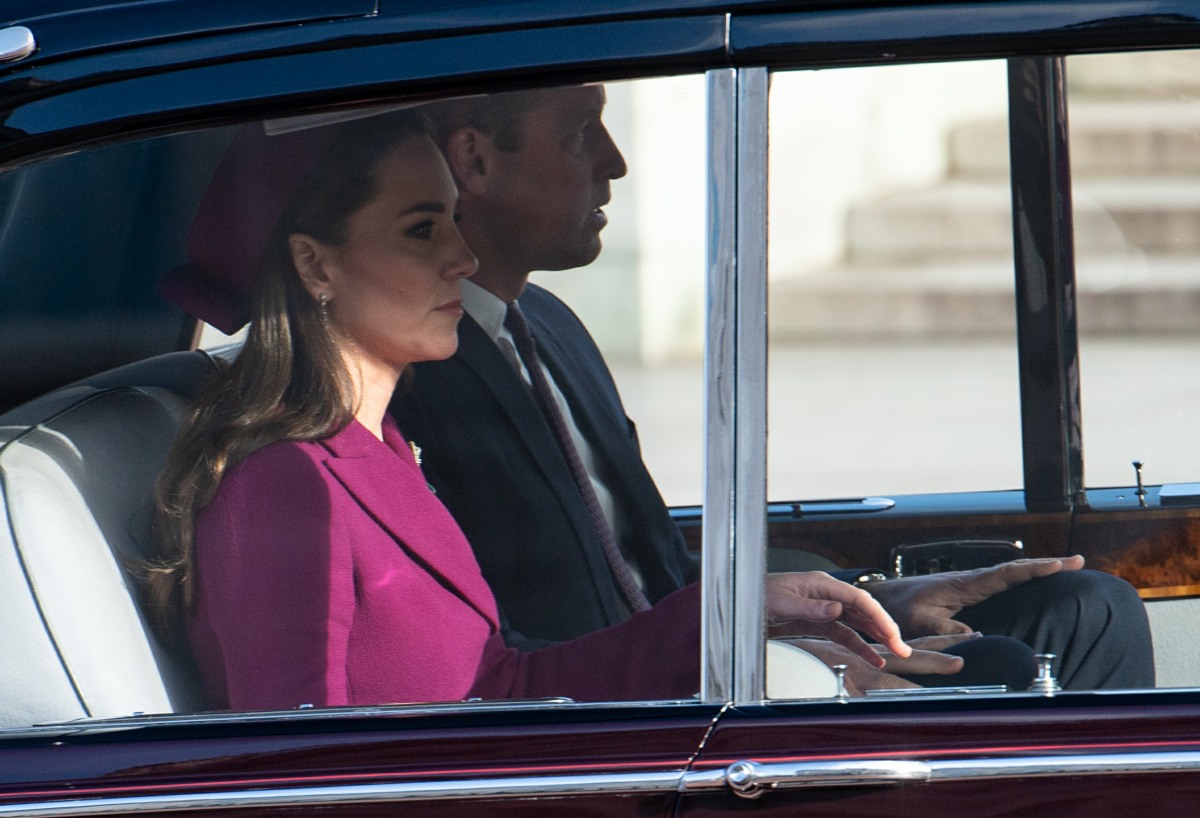