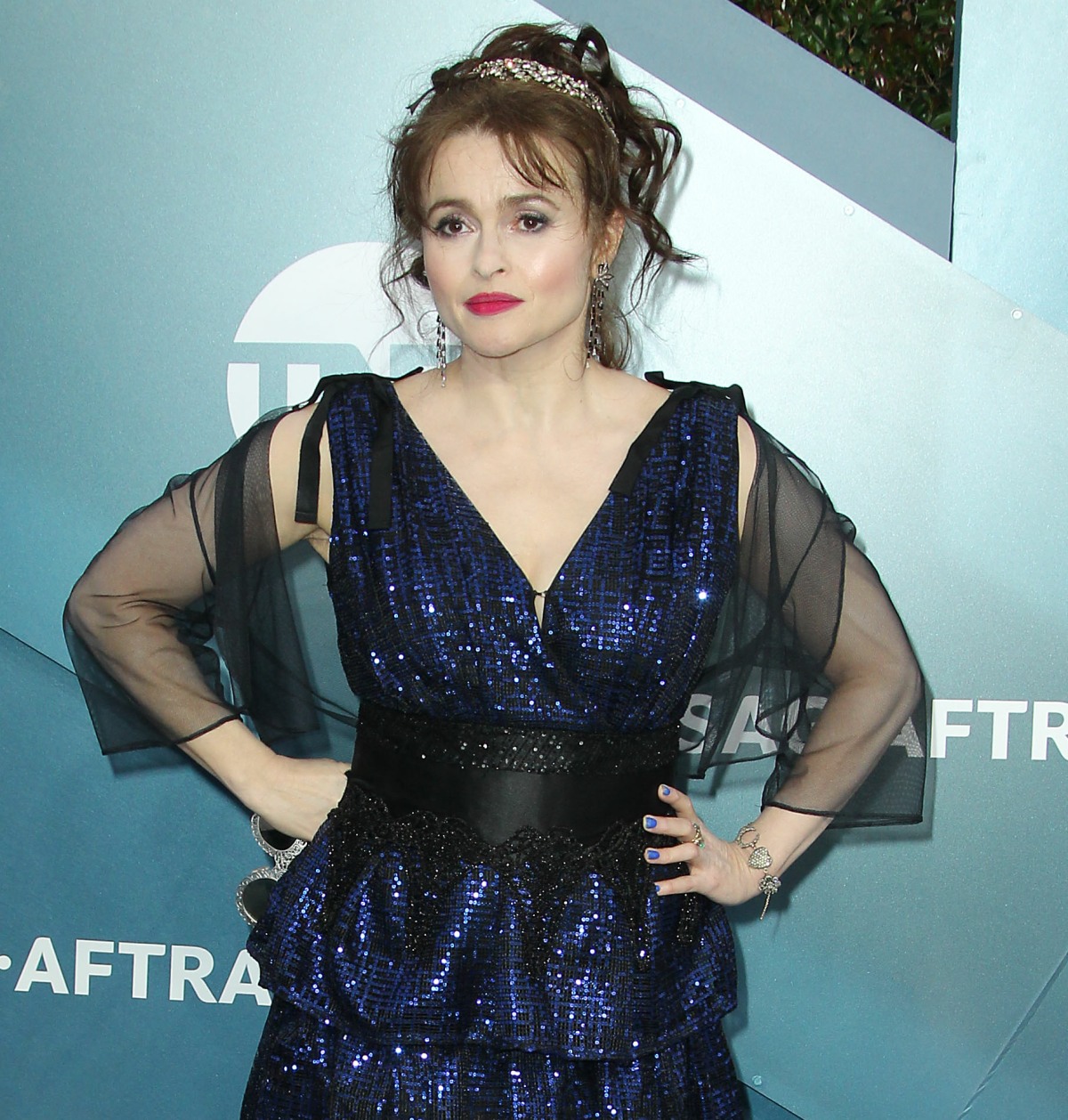 Helena Bonham Carter gave a lengthy interview to the Times of London (or rather, the Sunday Times). She’s just become the first female president of the London Library, so the interview was done as promotion for her new role, but the piece is an infuriating litany of terrible statements from HBC about cancel culture, royalty, her predator friends and her transphobic friends. What’s strange is that mixed into the piece, there are moments of extreme eccentricity from HBC, and I’m left with the impression that she’s giving herself a built-in excuse for her terrible opinions: she’s simply too eccentric and British to pay attention to people’s pain, darling. Some highlights:

On past writers accused of racism and xenophobia. “I get a kneejerk reaction about this, because we should be able to rely on readers’ common sense. When people start editing things out, I feel they’re missing the point. We can’t coerce the past into our present values, even though it’s evidence we’ve progressed, and we can’t start Tippexing out anything offensive. If you’re a teacher, you point out, ‘This was a time when …’ but we can’t whitewash the past, because the past is what we’re reacting against.”

On cancel culture: “Do you ban a genius for their sexual practices? There would be millions of people who if you looked closely enough at their personal life you would disqualify them. You can’t ban people. I hate cancel culture. It has become quite hysterical and there’s a kind of witch-hunt and a lack of understanding.”

Whether there’s a way back for canceled celebrities: “I don’t think there is for someone like Kevin Spacey. And Johnny [Depp] certainly went through it.”

More on Johnny Depp: “Oh, I think he’s completely vindicated. I think he’s fine now. Totally fine.” I ask if the US libel case between Amber Heard and Depp was the pendulum of #MeToo swinging back. “My view is that she got on that pendulum. That’s the problem with these things — that people will jump on the bandwagon because it’s the trend and to be the poster girl for it.”

On JK Rowling being attacked for her transphobia: “It’s horrendous, a load of bollocks. I think she has been hounded. It’s been taken to the extreme, the judgmentalism of people. She’s allowed her opinion, particularly if she’s suffered abuse. Everybody carries their own history of trauma and forms their opinions from that trauma and you have to respect where people come from and their pain. You don’t all have to agree on everything — that would be insane and boring. She’s not meaning it aggressively, she’s just saying something out of her own experience.” HBC also sniffs tall-poppy syndrome in the desire to knock Rowling down. “If she hadn’t been the most phenomenal success, the reaction wouldn’t be so great. So I think there’s a lot of envy unfortunately and the need to tear people down that motors a lot of this cancelling. And schadenfreude.”

On the younger actors, like Daniel Radcliffe, Emma Watson and Rupert Grint, criticizing Rowling: “I won’t say that [they’re ungrateful]. Personally I feel they should let her have her opinions, but I think they’re very aware of protecting their own fan base and their generation. It’s hard. One thing with the fame game is that there’s an etiquette that comes with it; I don’t agree with talking about other famous people.”

On her relationship with Rye Dag Holmboe, who is 21 years younger than HBC: “I like that it’s constantly news that he’s younger than me. And what’s hilarious is that I keep getting older, but to the tabloids he remains 33. He’s almost like Benjamin Button. Good on the men for appreciating different kinds of beauty and finding other things sexy. Collagen is not the only form of sexiness; there’s character, fun, mischief and humour. As long as you’ve got the laughter, the intimacy will be there.”

On Prince Harry: Bonham Carter has previously said that Margaret wasn’t self-pitying; is that the difference between her and the current spare, Prince Harry? “I think this is the problem with navel-gazing. But we now live in an era when you can talk about your mental health, and she could have shared quite a lot and it might have helped with the despair — which is what Harry and her share. Of course, it’s an impossible family to survive. It’s a very tricky thing to be conspicuous and vulnerable — not a good mix.”

“Do you ban a genius for their sexual practices?” If they rape, hurt and abuse people, YES YOU BAN A GENIUS. Jesus, this isn’t hard!! Her comments about Depp are completely ridiculous, but I’m sure a lot of Depp’s friends feel that way, regardless of the fact that a British high court said yes, Depp abused Amber Heard. Even the American civil court said that he abused her, the jury just said that Amber shouldn’t have talked about it. None of that is “vindication.” As for the Rowling stuff… she really hit the trifecta of bullsh-t, wow. People “should let her have her opinions,” all while her transphobia is doing real harm to the trans community. HBC acts as if Rowling’s transphobia is siloed – just one bad opinion, let her have it, why can’t you let her have her hateful bigotry?? 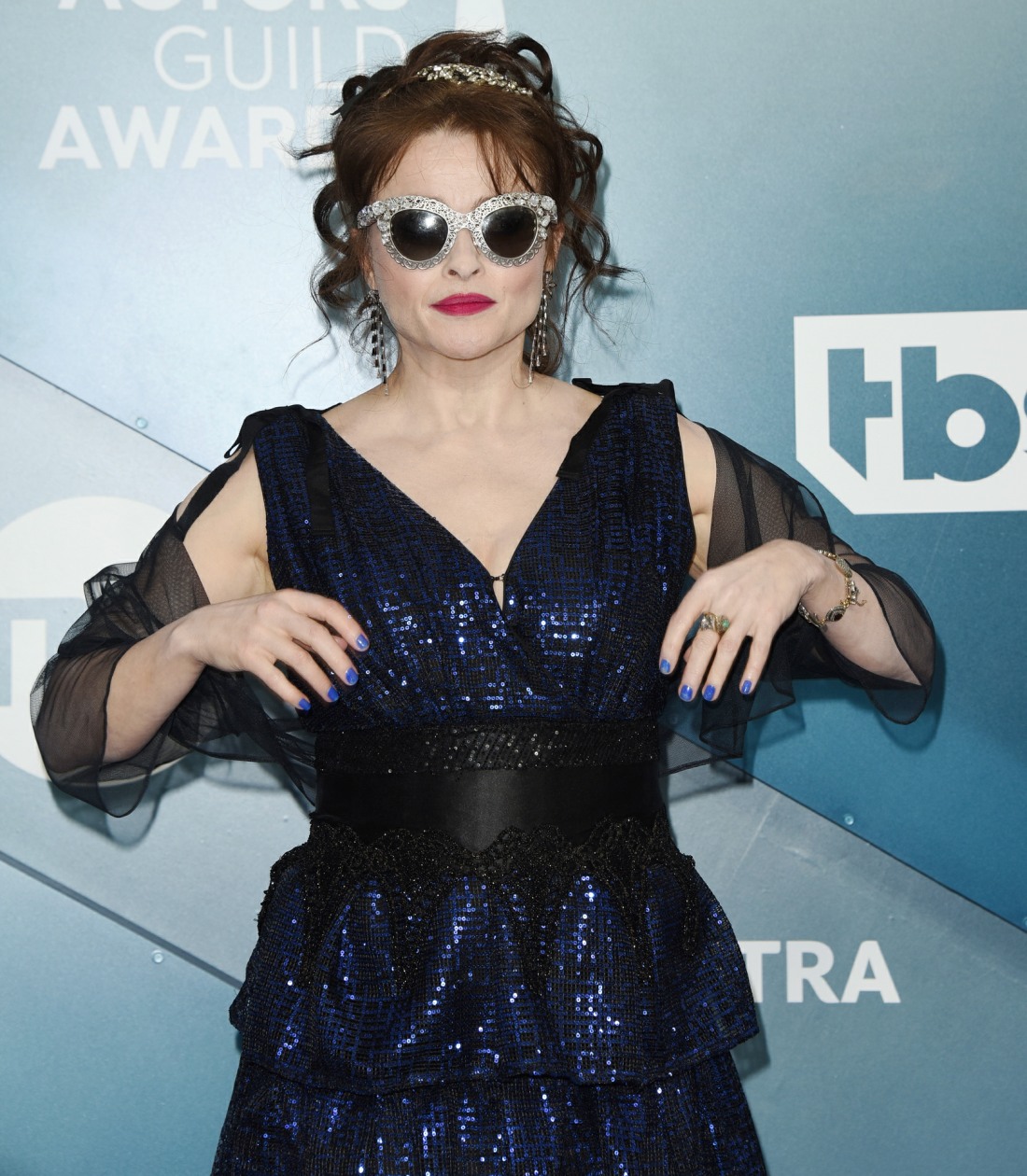