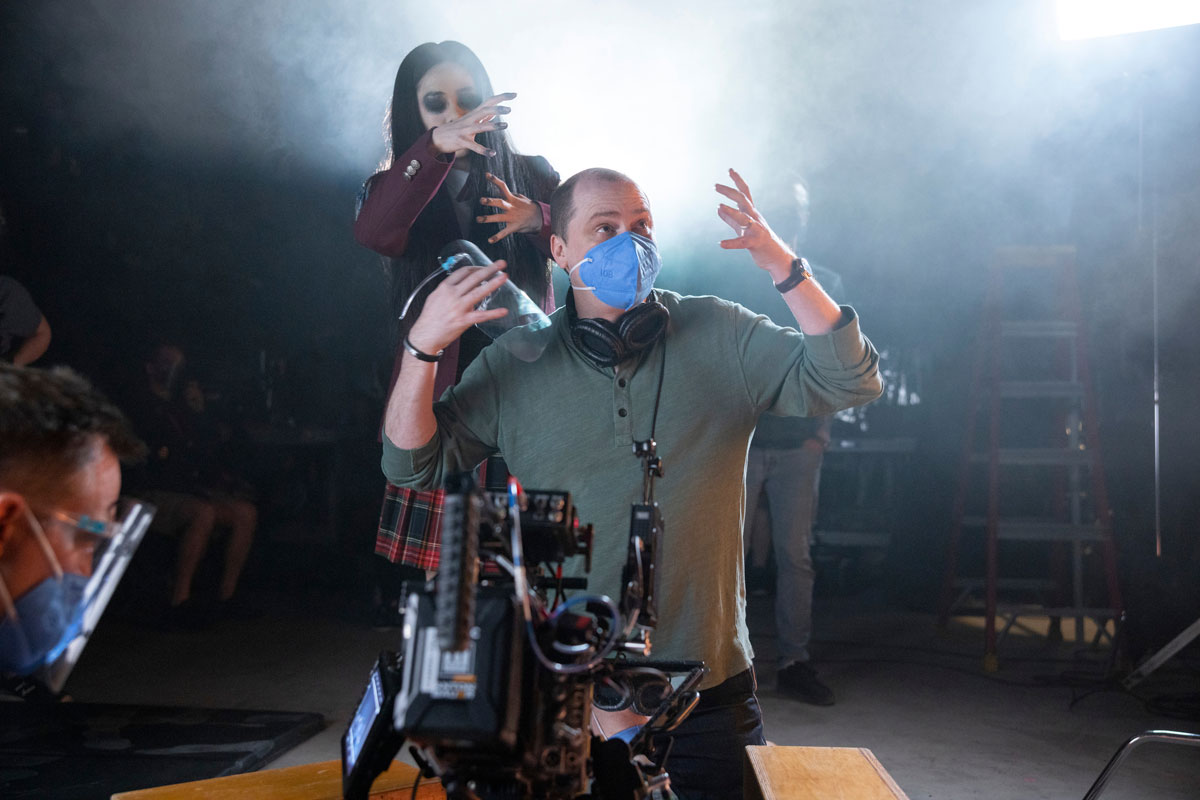 Writer/director Mike Flanagan has created some of the best and most-watched horror series on Netflix with his production partner Trevor Macy, including The Haunting of Hill House, The Haunting of Bly Manor, Midnight Mass and his most recent, The Midnight Club. Flanagan also directed movies like Gerald’s Game, Hush and Doctor Sleep. I’ve written about him before – go here for more about Flanagan. I’m a big fan and I barely heard about The Midnight Club until this latest controversy. Netflix decided not to give The Midnight Club a second season, which disappointed Flanagan and led him to tweet about the fate of his leads. (I’m on episode four out of ten and am avoiding spoilers.) Flanagan and Macy have since announced that they’re leaving Netflix and have formed a partnership with Amazon, but it sounds like this was in the works for some time.

Mike Flanagan and Trevor Macy (The Haunting Of Hill House, Midnight Mass) have signed an exclusive multiyear overall series deal with Amazon Studios. Under the pact, the duo will develop and produce projects via their Intrepid Pictures company, which will exclusively stream on Prime Video in more than 240 countries and territories worldwide.

“Mike and Trevor are remarkable at telling immersive, suspenseful stories that masterfully keep audiences engaged from start to finish,” said Vernon Sanders, head of global television at Amazon Studios. “We are excited to welcome them to Amazon Studios and are looking forward to our global customers experiencing their genre-bending creativity.”

Flanagan and Macy, who have established themselves as a force in horror genre storytelling over the last several years, are moving to Amazon Studios as their Intrepid banner is wrapping an overall deal with Netflix. With that multiyear pact coming to an end, the duo met with studios and streamers, opting to go with Amazon as their next TV home.

“Amazon is a studio that we have long admired,” said Flanagan and Macy. “Their commitment to engaging in groundbreaking series and content aligns with the ethos of what we have built at Intrepid. We are looking forward to working with the entire Amazon team as we bring our brand of genre productions to the service and audiences around the globe.”

[From Deadline via Pajiba]

Deadline goes on to report that Netflix still has The Fall of The House of Usher coming from Intrepid next year. There are also movies in the works which are separate from this deal. I love horror and Flanagan’s shows are masterfully immersive and can be devastating. They don’t go off the rails like a typical Ryan Murphy show and they have excellent character development. They’re always too long though and could cut three or more episodes and be much more impactful. I like going to dark places, but I don’t want to stay there for ten hours, you know? Still I’ll follow Flanagan to Amazon definitely.