Over the weekend, Beyonce posted this ^^ photo on her Instagram. A Carter jersey. Because Beyonce is incapable of using her words, so all she’s going to do is IG photos from here on out. How does Beyonce feel today? IG pic of Bey looking fierce. Does Beyonce want to comment on the rumors of an imminent divorce? IG pic of Bey in a Carter jersey. So, the latest installment of this summer’s ongoing Beysus-Jay Saga is this report in E! News. Their sources claim that Jay is trying to win back Beyonce but that she’s “turning to family and God.”

Will Jay Z and Beyoncé be the next celebrities to consciously uncouple? The spouses of six years have not commented on the status of their marriage amid reports that they’re on the outs.

“There has been talk of divorce and it’s been really tense at times on the tour,” a source tells E! News of the private pair. “Beyoncé has been leaning on her mom and sister a lot since they are so close. Jay wants everything to work out and is trying to convince Beyoncé how much he does not want a divorce. It’s flowers, constant texts and telling her he loves her. He is pulling out all the stops.”

The rapper, 42, and the singer, 32, completed their On the Run tour on Aug. 6 in San Francisco, Calif. The musicians, who are parents to Blue Ivy Carter, 2, will take their act to Paris for two shows in September.

For now, they seem to be putting on a united front. “While they’re still on tour, it’s all business,” an insider says. “They’re professionals and they’re trying to keep everything as professional as possible.”

In fact, after their last U.S. concert, Beyoncé Instagrammed a photo of the daddy-daughter duo boarding a plane. “Thank you San Fran! Your city is beautiful,” the “Partition” singer wrote. “It was the perfect place to complete the best tour of my life! Thank you to all the fans that supported our show. God bless.”

Instagram, it seems, is Beyoncé’s preferred medium for sharing her side of the story. She’s mulling her options, according to sources, but it may be too little, too late.

So what’s next for the hip-hop power couple, who have collectively created a nearly $1 billion empire? “Beyoncé is torn because she loves Jay so much and wants to keep their family together,” a source tells E! News of the Grammy-winning musicians. “She’s turning to family and God to help her through it.”

You know there’s real marriage trouble when someone talks about turning to God for help. It’s like… hey, there are all of these reasons to split and we can’t even stand to be in the same room together, so maybe God can help out. I’m not disrespecting the idea of turning to prayer during a bad moment or crisis, by the way. I’m just pointing out that this is the first time in this particular saga that we’ve heard that Beyonce is listening to her family (Tina and Solange) and God. God’s like, “Hey, there was a billion dollars in the elevator, what can I do about it?” 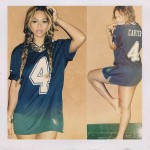 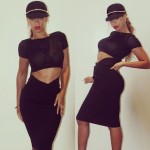