Mel B was sexually harassed on TV, some people are defending her harasser 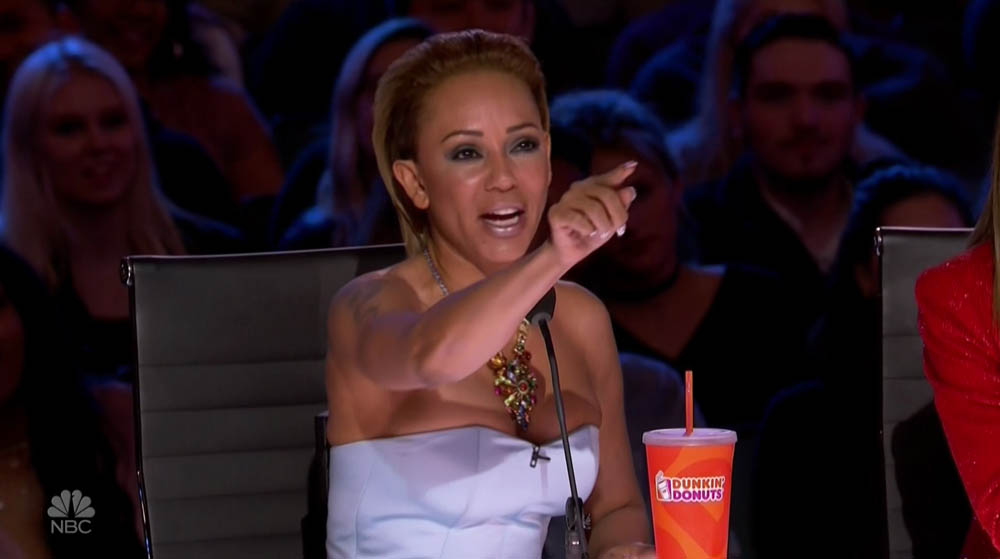 We’ve seen old videos come out of men sexually harassing women on television, when they know they’re being recorded. Such was the case last fall when footage of Ben Affleck groping Hilarie Burton in the early 2000s resurfaced. After that clip went viral, Affleck mildly apologized, completely mischaracterized the incident during an interview on late night television, and essentially got a pass.

That’s what came to mind when I saw this footage of X-Factor judge Mel B having her butt grabbed by fellow X-Factor judge Louis Walsh. It happened on The Xtra Factor, a companion live show that aired after the X-Factor. The clip, which was recently posted to Twitter, is below. Mel, Louis, Simon Cowell and Sheryl were being interviewed while sitting on a bench around a round table.

In the video, you can see Louis’s hand near Mel’s bum, and then he puts it on her butt and pats her repeatedly. She rolls her eyes, stops the interview and says “Why are you grabbing my butt?”

At that point Simon Cowell interjects “Honestly, you’re safe” and it’s just as dismissive as you would expect from him while Louis laughs uproariously. [Transcript via Daily Edge] Here’s the video with sound:

On the thread on Twitter where this was originally posted, there are people (trolls) making excuses for Louis and claiming that Mel responded poorly, which is ridiculous. I’m just including a couple below and of course there are some excellent responses outlining the ways that this is absolutely sexual harassment and that these are textbook examples of dismissing the victim.

The tweet below is not a joke because this user goes on about how people are easily offended and how Louis wasn’t charged with anything.

terrible reaction from mel b embarrassing the man

This tweet isn’t a joke either. Notice the username.

But she was seated so close to the guy and just a back hug, what's there ,these are grown ups ,stop being too feminine ,if there wasn't touch how would we fall in love

Some people are bringing up the fact that Walsh is presumed gay man (update: apparently it’s just assumed Walsh is gay and I’m sorry for getting that wrong on publication). Some people are questioning what that means. That doesn’t mean he gets a pass or that this is somehow ok. Sexual harassment is about power and control. I guess this just brings it home that people will bend over backwards to defend assault and harassment and to blame the victim. However the fact that this has come out, and that more people are condemning Walsh than excusing him, is reassuring. We need those people making the decisions in courtrooms and on a national scale.

He knew exactly what he was doing because he yanked his hand away so damn fast. It's physically sickening how anyone could defend this and somehow blame it on Mel.

How can they just shake that off like nothing happened 😒

This is not okay and anyone saying "he didn't consciously do it" or making an excuse for his behavior should be ashamed.

This is of course sarcastic:

I'm with him, there's no way that the guy CLEARLY AND CONTINUALLY GROPING HER ON LIVE TV did it on purpose. There must be another explanation, because that video is soooo inconclusive. 🤔
But in the mean time, let's talk about the real issue, the man was embarrassed 😱

48 Responses to “Mel B was sexually harassed on TV, some people are defending her harasser”